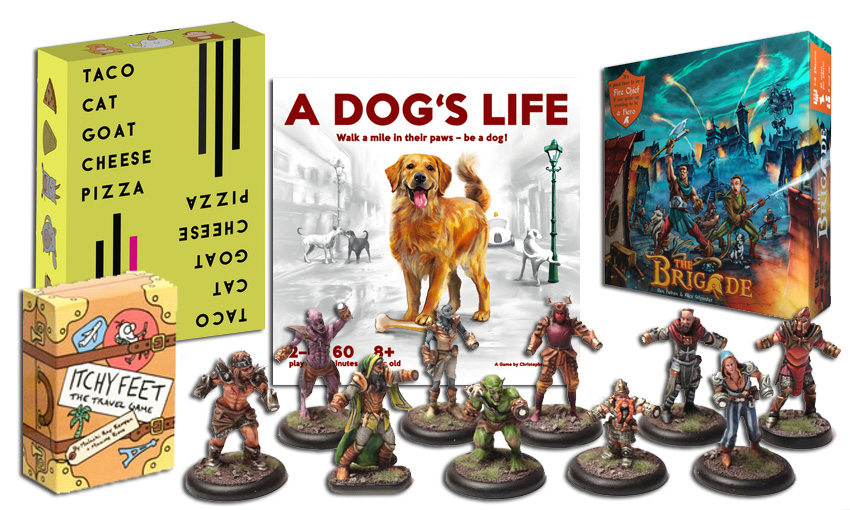 1. The Brigade – A Board Game of Fantasy Firefighting

Ok let me get this straight… An area-control game about fantasy fire-fighting with humor akin to something out of a Terry Pratchett book? Yes, give me three. I mean what other game will give you a flying horsecopter? (you tell me right now and I’ll buy that too) 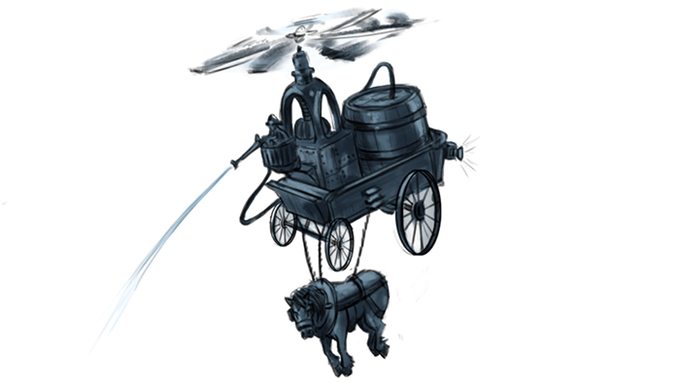 In The Brigade, the town of Tinderbox is (surprise, surprise) on fire. The fire chief is missing and all of the heroic firefighters are running around putting out magical blazes and trying to impress the locals enough to be named the next firechief. I deeply suspect the wizard may be behind this, but they usually are.

I like games that have a unique theme and this one mixes a few together in a fun way.

Set your wallet ablaze with The Brigade Kickstarter here.

I just played Tiny Epic Quest by Scott Almes and I was amused by the equippable meeples.They are a neat idea, but  Jason Bakutis and Matt Kroner have taken this idea one step further with their project Hand of Glory.

Inspired by open-world video games like Skyrim and the Witcher, they wanted to find a way for players to customize their minis on the fly. Hand of Glory minis use rare earth magnets so you can hot-swap your items out at any point. This gives game masters options like showing off the horde of treasure that the dragon is guarding by actually placing it next to the miniature. It looks like a cool project and if you roleplay with minis or are looking to experiment with building your own miniatures driven game, this is a project to check out.

Visit the Hand of Glory project on Kickstarter here! 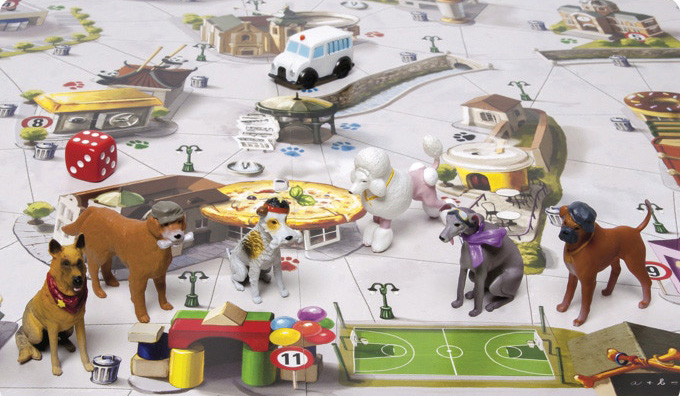 As I was saying, A Dog’s Life looks like a fun take on the joyous, tail wagging experience that is being a dog. The goal of the game is to collect bones and avoid that mean ol’ dog catcher. Along the way, you’ll need to manage your hunger and thirst by begging from restaurants and drinking from fountains, tussle with other dogs, and mark your territory as dogs do. You can even be a good dog and deliver newspapers to earn those precious bones.

It’s a cute game, good for families, I like the minis and all around it’s probably going to be a good game. Who’s a good game? You’re a good game. Yes you are. Uh…ahem…

Get your copy of  A Dog’s Life on Kickstarter here.

The game works like this. Some awesome person flips a card while saying “Taco”. The next person places a card and says “Cat”. This continues through the whole Taco Cat Goat Cheese Pizza line until someone places a card that matches the word that they are saying. So thus if it was my turn to place a card and I say Cat and then the card I flip over turns out to be a cat everyone must try to slap the pile as fast as possible. The last to do so takes the entire pile. First to get rid of their pile wins.

There is a twist to the game too. There are 3 special cards which involve all players doing an action then slapping the pile. Fail to do this correctly or be the last to slap and guess what? You get all the cards.

It looks fast, frantic, and silly and right up my alley.

Here’s a poorly kept secret. If you can make me laugh with your game, you can sell me your game. Itchy Feet is based on a web comic and  all about traveling to other countries. You’ll need to get certain items to cross a country and to get them you’ll be drawing, discarding, and often stealing them from other players. Where the game comes alive is the humor. 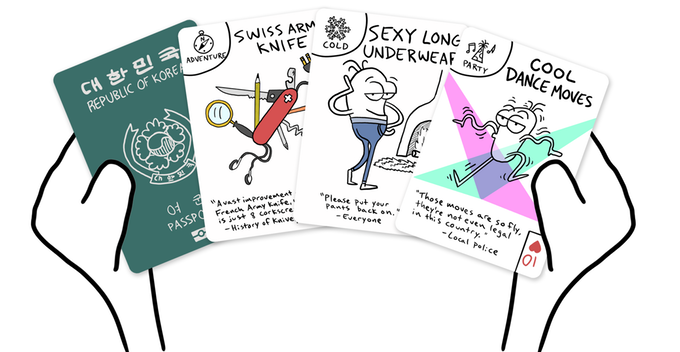 Each card is delightfully illustrated and features an amusing quote to get you in the spirit of the game. There are also a couple expansions in the box to make the game more interesting like events, special items, forbidden items, and characters. The game seems perfect for hanging out with friends as well as travelling and it has a special feature that makes it more exciting to bring along. 54 of the cards are marked with traditional playing card suits so you can play any of your favorite card games when you are done playing Itchy Feet. This gives the game a lot of versatility.

Laugh along with Itchy Feet on Kickstarter Here!