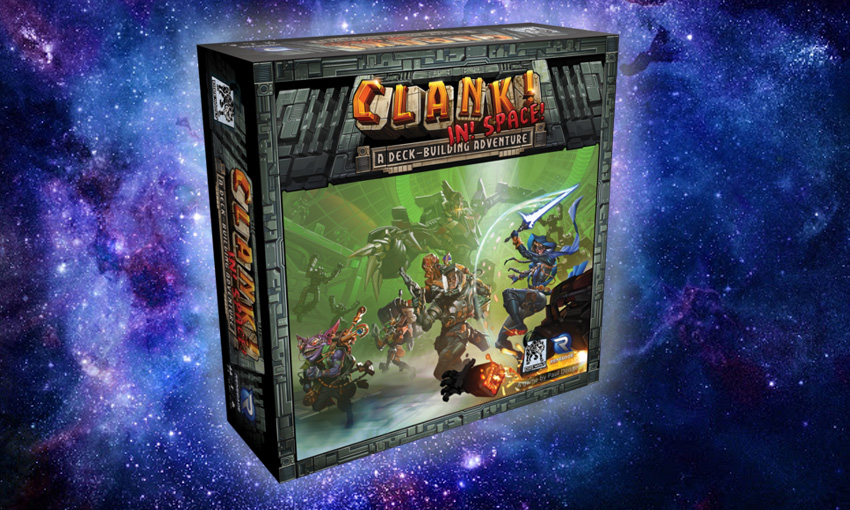 Recently Renegade Game Studios teased us with images of boxes with mysterious contents and cans of beans waiting to be spilled, but what did those boxes contain? 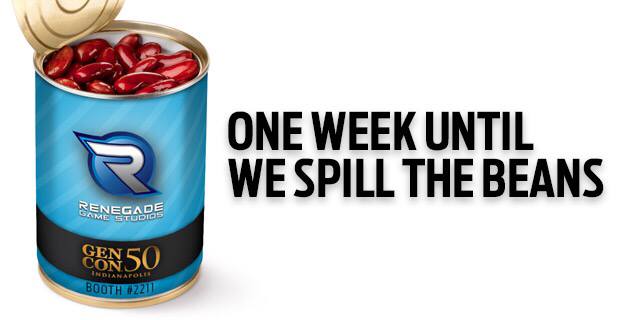 This morning Renegade and Dire Wolf Digital have announced that those boxes were packed with copies of a whole new stand-alone adventure in the Clank! series, Clank! In! Space!, will be available this fall!

In this exciting new game, players will do their best to escape the evil Lord Eradikus’ spaceship with as much loot as they can carry. Sneak on board and hack the systems to steal artifacts an enrage the evil alien overload.

Designed by Paul Dennen and co-published with Dire Wolf Digital, Clank! was released in October 2016. Following an extremely successful launch, it has been expanded with Clank! Sunken Treasures. The game has received numerous awards and nominations including the Mensa Select Award, Origins Board Game of the Year Nomination, and a “Runner Up” designation in the prestigious Board Game Geek Golden Geek Awards.

“The Clank! Deck-Building Adventure System mixes the right amount of push-your-luck suspense, character creation, and interesting game choices,” states Scott Gaeta, President of Renegade Game Studios. “It’s just such a fun system that players have been asking for more. Clank! In! Space! brings all that adventure to a new and more challenging setting.”

“The team here at Dire Wolf couldn’t be more delighted by the phenomenal reception that Clank! has received since its debut at Gen Con a year ago,” says Scott Martins, President of Dire Wolf Digital. “The support the game has received has been incredible – it’s been a blast to know that there are so many people out there who love playing Clank! as much as we do.”

Gen Con attendees will be able to purchase a limited number of copies at the Renegade Game Studios booth (#2211) and will receive an exclusive Code Red promo card at the Dire Wolf booth (#2811) with the purchase of the game. Demos will also be available at both locations and the Renegade event area in the Event Hall.