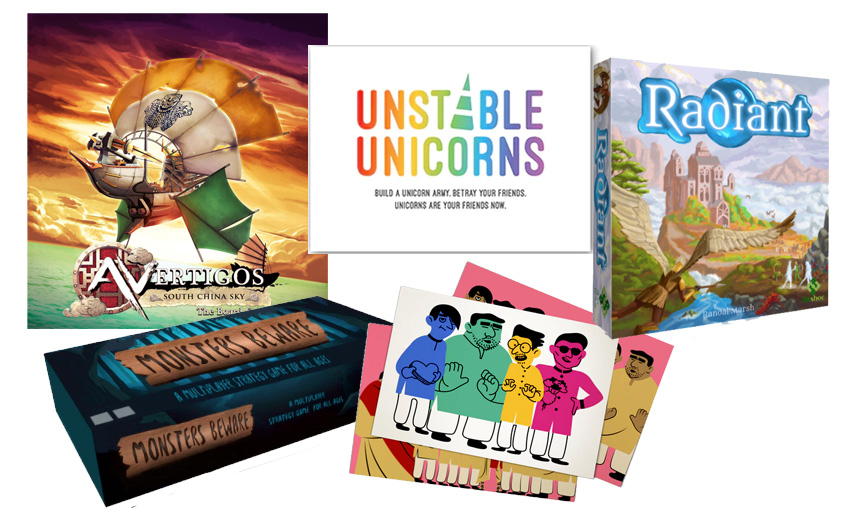 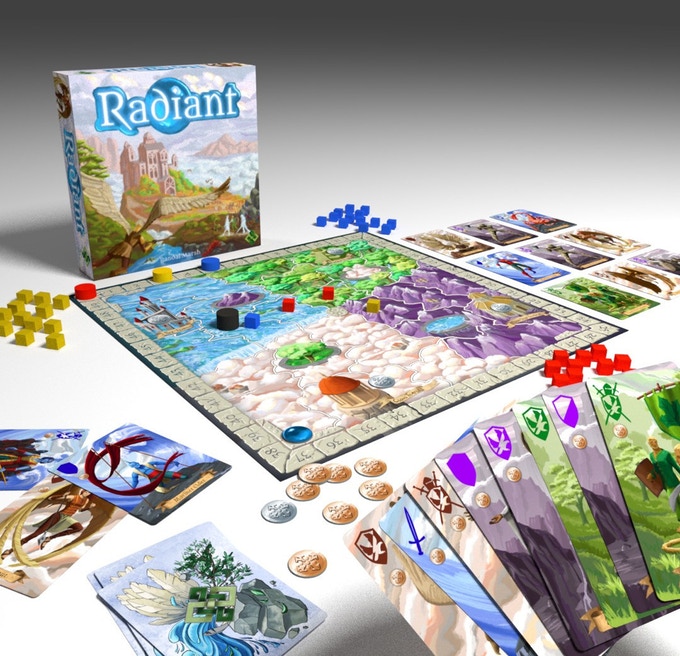 Radiant is an area-control/trick-taking game where you will be drafting fantasy characters to fill up your army and fighting for control of the 4 lands of Perim. The game is played in rounds called Ages and controlling a majority in a realm at the end of an age will earn you points. Radiant uses an interesting mechanic where sets of cards are considered “Melds” and are worth differing values through the ages. Once your sets are scored you head onto battle with players using trick-taking (highest ranked card wins) to decide the outcomes.

I’m intrigued at the use of trick taking inside of a larger game. Radiant looks like it will be a neat twist on the genre. Learn more about it on Kickstarter here.


2. Arranged! – The Arranged Marriage Board Game 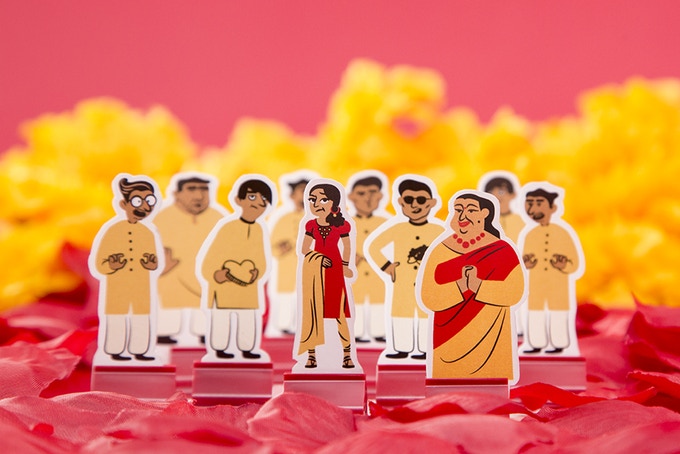 The ideas behind Arranged! make me kinda uncomfortable and I think that is where it succeeds. Designer Nashra Balagamwala wants to raise awareness about the destructive side of arranged marriages and so she has created a game where “Aunties” try to marry off young women. By playing the game, Nashra hopes that people will be able to talk about the subject in a safe setting. In her own words:

I also believe that this game will provide women with creative ways to avoid their own arranged marriages as well as empower them to not be afraid to pursue things such as an education, a career or a love marriage.

Games like this are important as they give people a way to access a subject in a way that is engaging and promotes conversations. Check out Arranged! on Kickstarter here. 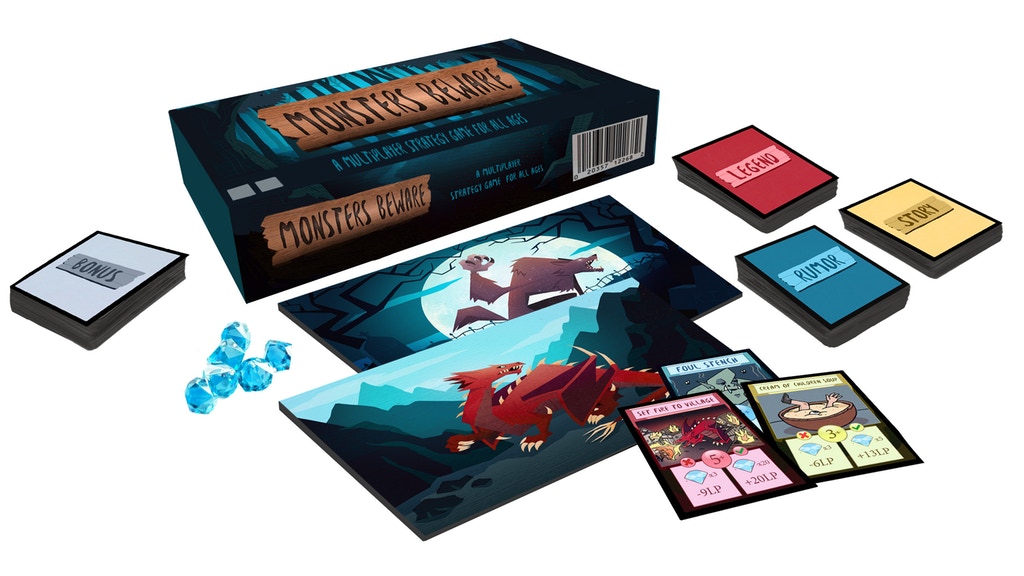 Forget beating up monsters. Let’s be monsters! In Monster, Beware! 2-6 players will take on the roles of classic monsters like the werewolf or a dangerous unicorn (trust me, they’re dangerous). Your job will be to terrorize the populace to earn legendary points. You’ll do this by drawing cards from one of the three difficulty levels. The more challenging the card, the more points. To complete a card you’ll need to beat the number on the card by rolling dice. If you win, you’ll get a nice reward. If you fail, you’ll be losing your precious legendary points.

Its a game of taking risks and humorous monster actions (like having a foul stench or making cream of children soup).Check out Monster, Beware! on Kickstarter here. 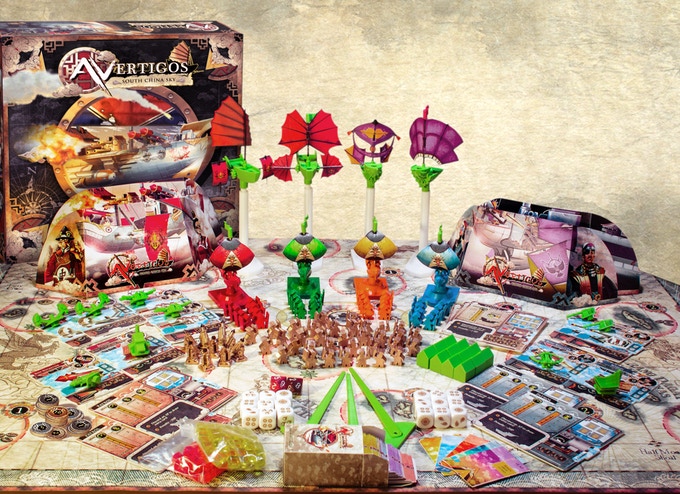 Avertigos is a tactical 3D programmatic steampunk game. Players must plot routes for their ships in order to capture colonies, earn resources, and defeat their enemies. I was pulled in by the design of the ships themselves. Each one can be customized, giving them differing abilities and the ships can be set to different heights by the use of “Height Widgets” that change how the ships maneuver. This looks like it is going to be a thinky game as you have to consider not only where you position your ships, but also their place in the space above the board.

You can check out Avertigos on Kickstarter here.

What did I say about Unicorns bring dangerous?

The goal of Unstable Unicorns is to collect a herd of 7 unicorns. This might be a challenge as your opponents are looking to collect their own herd and stop you by using their unicorns to destroy you! It’s cute, lovable, and full of chainsaws and fun. The campaign also has tiers where you can get adorable plushies to go with your game. The cuteness is overwhelming! Grab a copy of Unstable Unicorns here on Kickstarter

What Kickstarters have you excited this week? Let us know in the comments below!