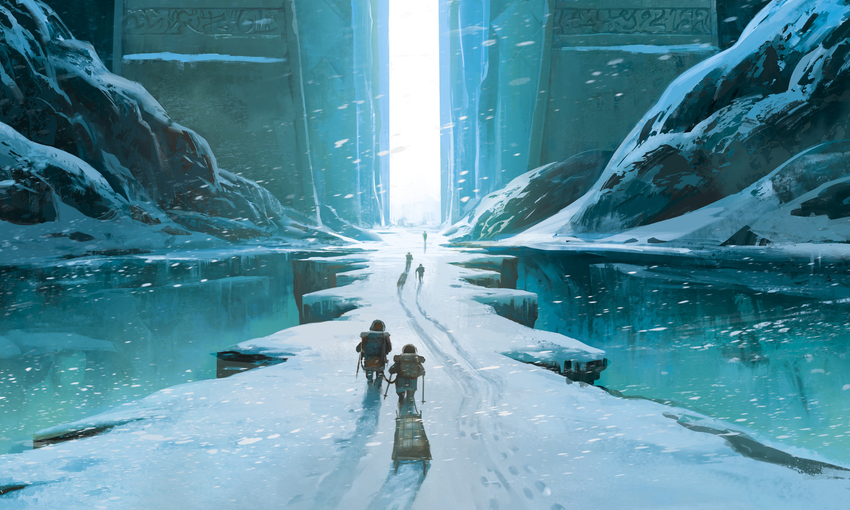 Jess: Walking around Gen Con can often give you a good idea of what’s trending. Some themes seem to be evergreen like Cthulhu or sheep, but then you get waves of games including pirates or last year’s Viking craze.

The flood of games in a certain theme can be good and bad. If you love boats and all the games coming out this year are boats, this gives you alot of options of playstyle to choose from. You can play games about boat collecting, war games where fleets of boats destroy each other, or perhaps a trick-taking rowboat game. If you’d rather see variety in the market, welp at least the trends keep changing right?

This years theme seems to be mountains! Many of the games feature you and your friends trying to ascend a mountain, racing to be first to the summit, and often avoiding angry Yetis. Here are just a few of the mountain themed games coming out this year: 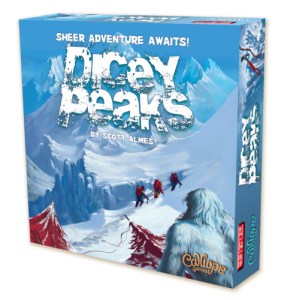 Dicey Peaks by Calliope Games is part of their Titans of Gaming Series. Designed by Scott Almes (Tiny Epic Series,Harbour), this 2–6 Player press-your-luck game is all about who can survive the climb and make it to the top of Yeti Mountain first. This game checks all the mountain game boxes (mountains, climbing, yetis) and was the first I saw in the theme. 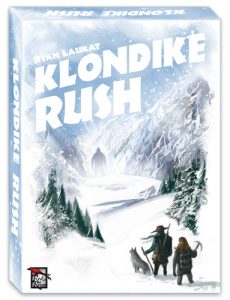 Klondike Rush is a bidding/stock game set in the Klondike Mountains during the gold rush era. In it 2–5 Players are investing in mining companies while on the hunt for the abominable snow beast. This one doesn’t seem to have climbing, but you want mountains and yetis? You got ’em! This game has all the beauty of a Red raven game, but is a surprising shift away from Ryan Laukat’s usual fantasy world. 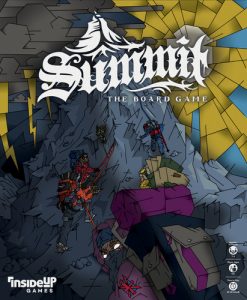 Summit, designed by, Conor McGoey, is a 1-6 player area-control/survival game. Instead of just racing to climb up the mountain, players must survive both reaching the top and climbing down to safety.

In an odd twist, the game offers a karma system. If you choose to help your opponents along the way by giving them access to your precious oxygen or food, you go up on the karma track. Decide to sabotage them and you’ll reap some bad karma. 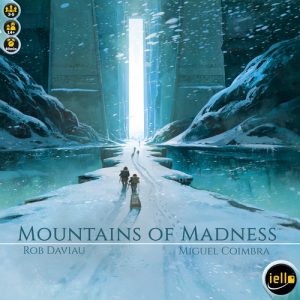 Mountains of Madness by Rob Daviau is a 3–5 Player co-op where the players are explorers investigating a mysterious mountain range in the Antarctic. The higher you climb the more your party descends into madness. You’ll need to work together to survive. I’m not sure if you’ll face Yetis in this game, but if you do, I’m betting they have some tentacles. 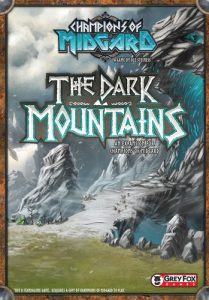 Grey Fox Games’ The Dark Mountains is the first expansion to their popular Champions of Midgard game. In is xpack you’ll get to explore the dark mountains, home to the Bergrisar mountain giants. free the Archer Clans of the North from the giants and you gain some awesome allies! The expansion includes new land journeys, a new enemy type (Bergrisar), more powerful Trolls and Draugr, as well as additional rune cards, market tiles, and also gives you the ability to play with up to five players.

Did we miss any mountain games? Do you agree that Mountains are the trendiest thing this year? What kind of climbing gear should we equip to scale these awesome games? Let us know in the comments below!