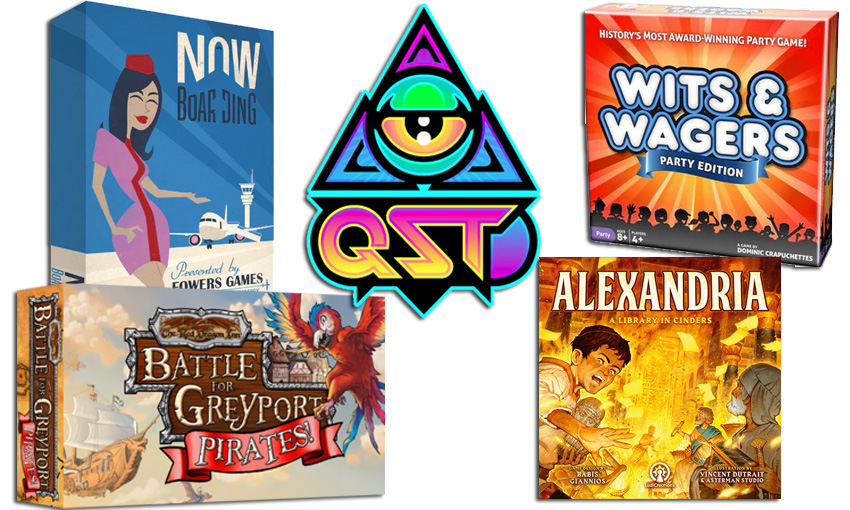 Friday is the funnest day as we dive on into the board game spawning pools of Kickstarter!
…that sounded a lot cooler in my head

Now Boarding is a pick up-and-deliver game by Tim Fowers. Inspired by flying stand-by, Tim created a game where you must try to keep your passengers happy while trying to get them where they need to go. Everyone starts off with small, slow planes and only two corridors you can fly in. Players can coordinate their plans for as long as they like, but the second you want to start moving your plane the timer begins!

Andrew and I got a chance to play Now Boarding  with Eric of What’s Eric Playing? and Jeremy the Game Geek Ninja at Gen Con this past weekend and it’s really fun! Moving passengers to their chosen destinations can be really challenging, especially if the weather conditions are against you, but cooperating with everyone is fun and though I usually hate timed games, the fact that the timer stops for strategizing help keep me from feeling too overwhelmed.

Go book a seat on Now Boarding on Kickstarter here!

Here’s another game we saw at Gen Con! Wit & Wages is a trivia/betting game. In it a question will be asked and players must write down an answer (whether they now the correct one or not) and then bet on who answered correctly. 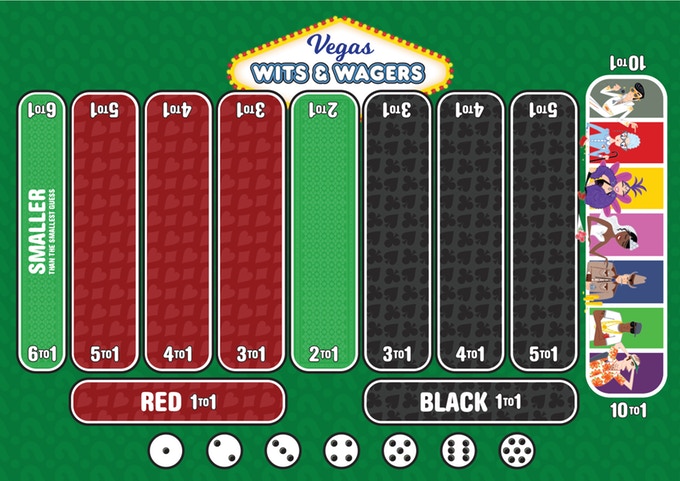 The Vegas expansion ups the ante with a huge mat that gives you options on how you bet either by betting on a single player as usual, betting before a player writes an answer, or doing a “safe” bet and placing your money on a color. We picked up a copy and will be doing a full review soon, but I can already tell this is going to be fun and cause a bit of chaos in our gaming group.

Place your bet on Vegas Wits & Wagers on Kickstarter here!

Rob and Diana had a good time with the original deckbuilding game, Battle for Greyport (despite the fatalities), so I am looking forward to the Pirates! expansion for the game. This expansion adds new mechanics like Raiders, which attack not only a player but the location at the same time, and Pirate Ships which are extra win conditions you must meet before you can win.

There will also be new starting decks, revised versions of all errata’d cards, and a new Drink card for The Red Dragon Inn!  If you like tough-as-nails deckbuilding games check out Battle for Greyport  and it’s new expansion, Pirates!, on Kickstarter here.

Cory Jones, Founder of Cryptozoic Entertainment  and designer of Adventure Time Card wars, is working on a new game subscription service called QST. Each month, for $12.99, you’ll get a new game created by some big names in the industry like:

“Each game is a unique three-part collaboration between three creative visionaries from different disciplines. We are working with many of the biggest names in tabletop, videogames, comics, animation, and art with the goal of delivering a brand new, never-before-seen game to consumers’ mailboxes each month.”

I am so intrigued by this. The service reminds me of video game jams where people come together for a limited amount of time to create games. The results of these jams are some of the weirdest, most innovative games I’ve seen. I can’t wait to see what comes out of QST!

Check out QST here on Kickstarter (Don’t be alamed by the gag at the beginning of the video. I almost turned it off the first time I visited the campaign)

Babis Giannios (KUNE v LAKIA, Shadows over the Empire) has designed an asymmetrical euro-style game about the buring of the great library at Alexandria. You’ll need to manage your time as you try to rescue books, items, or people to earn fame. 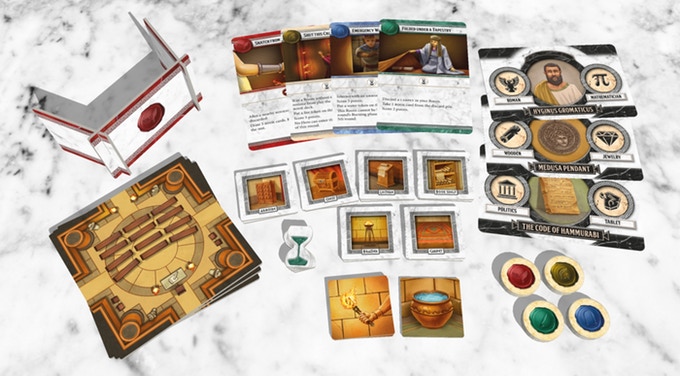 As a librarian this game sounds really cool! I get to play an Indiana Jones style character bent on saving books?!? I’m so in! I am also in love with the illustrations Vincent Dutrait did for the game.

Place your bookmark on Alexandria on Kickstarter here.

Which Kickstarters are you drooling over this week? Let us know in the comments below!