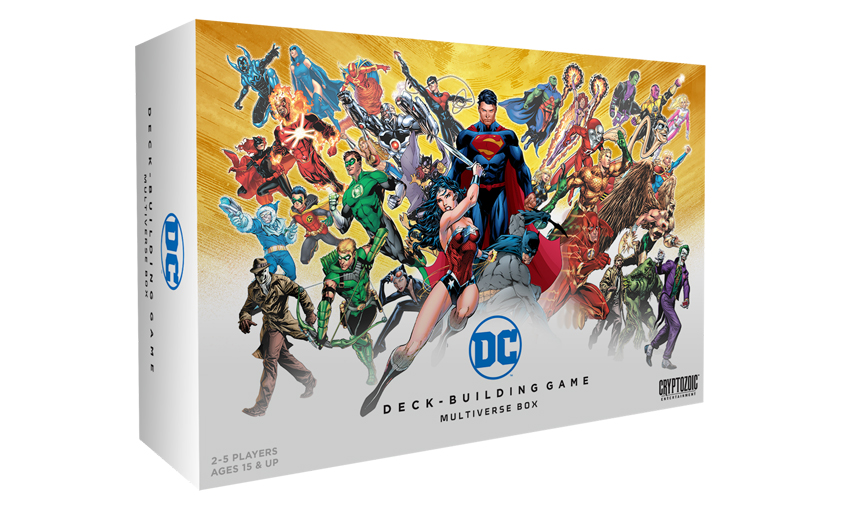 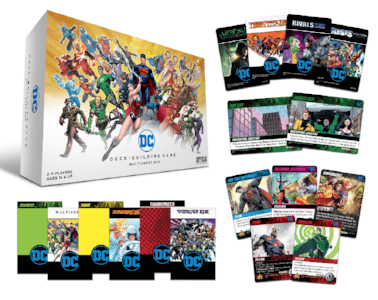 It comes with  set dividers and foam inserts to keep all the cards organized and includes an exclusive Multiverse Crossover Pack. The pack includes material from the “Convergence” comic book storyline and helps tie the differing sets together.

“We wanted to give players a new, competitive game format that takes advantage of all your neatly-organized cards,” said Matt Hyra, Lead Game Designer at Cryptozoic. “Players always talk about mixing all of their cards together. With the Multiverse format, you get to do that … a little bit at a time.” 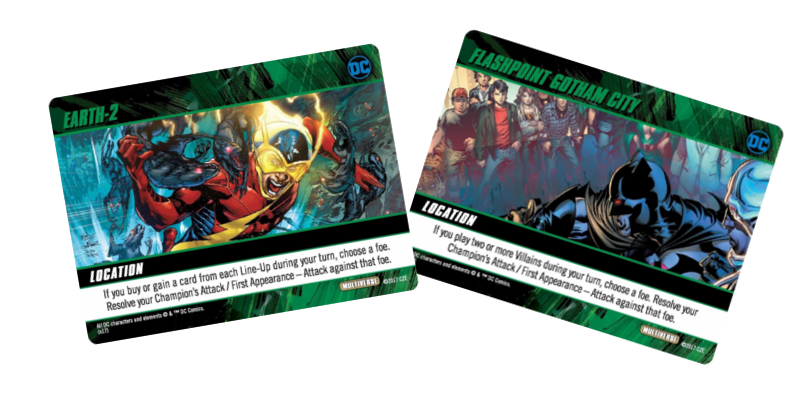 When playing with the Multiverse Crossover Pack, each player gets an oversized Multiverse Location card, an oversized DC Super Hero/Super-Villain card, and three DC Super Hero/Super-Villain cards that serves as their Champions. To set up the game, players select a main deck from any of the four current DC Deck-Building Game base sets, shuffle in the 19 new main deck cards, and lay out the standard five-card Line-Up.

With the set you’ll get three new DC Super-Villains in the Multiverse pack: Brainiac, Telos, and Deimos as well as 11 new Event cards! These new cards change up the way you play and are an exciting addition to the DC Deck-Building Game,.

The DC Deck-Building Game Multiverse Box is available now at retailers nationwide for a suggested retail price of $25. To learn more check out cryptozoic.com/dc-multiverse