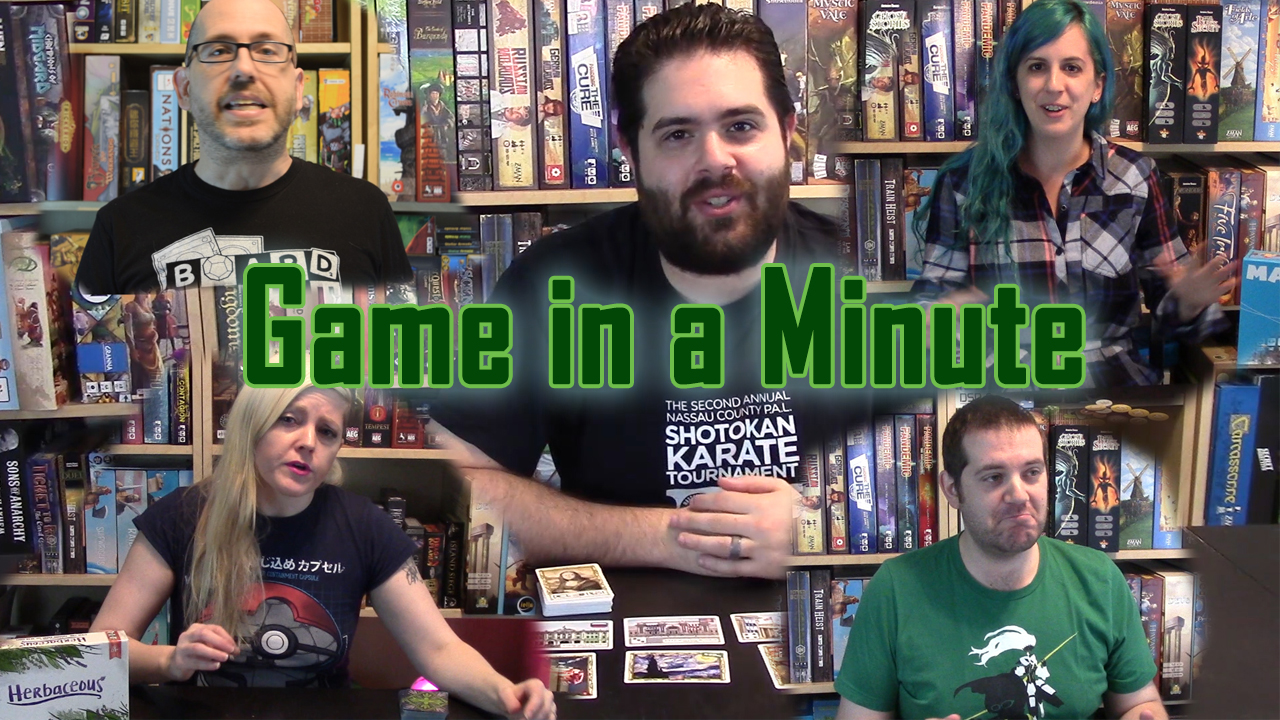 Last year, we were in the process of building up our YouTube channel (please check it out and subscribe!), and we posed the question to our fans “What would you like to see on our shows?”

At first, we discussed the possibility of reviews in the style of Hot Pepper Gaming, but we decided that despite the potential comedic gold of feeding our reviewers habaneros while they tried to wax philosophical on game design, we wanted to favor the informative over the theatrical…for the most part.

But then, Kirk Damato, a super keen fellow with fantastic fashion sense, suggested we make a game review show that was only a minute long, so that viewers could get the gist of a game really quickly.  And we thought “Brilliant!” – game reviews that you could easily watch while standing in the aisle of your local game store and wanted to know more about a prospective purchase.  Nobody’s got time for a 10 minute ‘how to play’ video – let’s just get to the good stuff!

That was 59 episodes ago.  So to celebrate our 60th entry in Game in a Minute, we decided that, instead of one review in 60 seconds, we would deliver 60 1-second-ish reviews in a single video!  So like we just said, let’s get to the good stuff!

Thanks so much for watching!  We absolutely love sharing our reviews with you, and would love to hear from you.  If you have a game you think deserves a minute of our time (or more), please share it in the comments below.  And until then, we’ll see you next game!