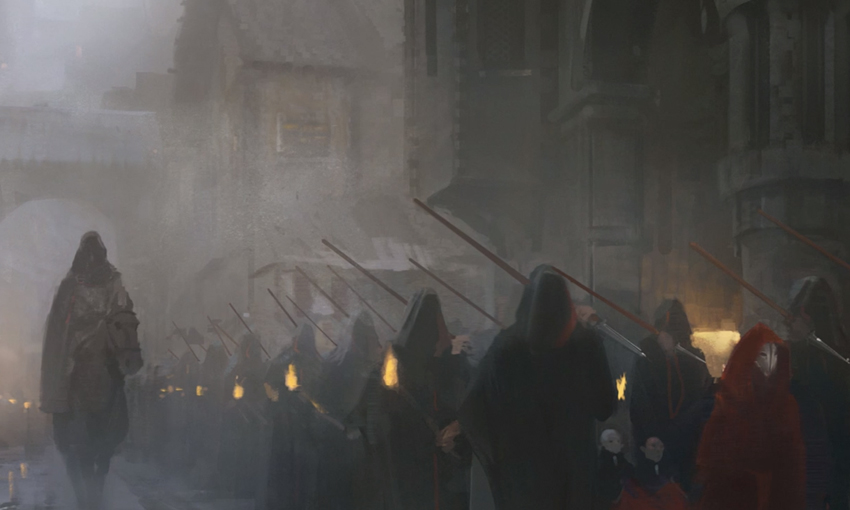 Today, we’re really pleased to announce the release of a major new source book and adventure for the acclaimed Swedish dark fantasy RPG Symbaroum, Karvosti – The Witch Hammer, plus a new set of Symbaroum Powers & Ability Cards to enhance your enjoyment of the game.
Both are available as part of our splendid Symbaroum Collection on Modiphius.net. 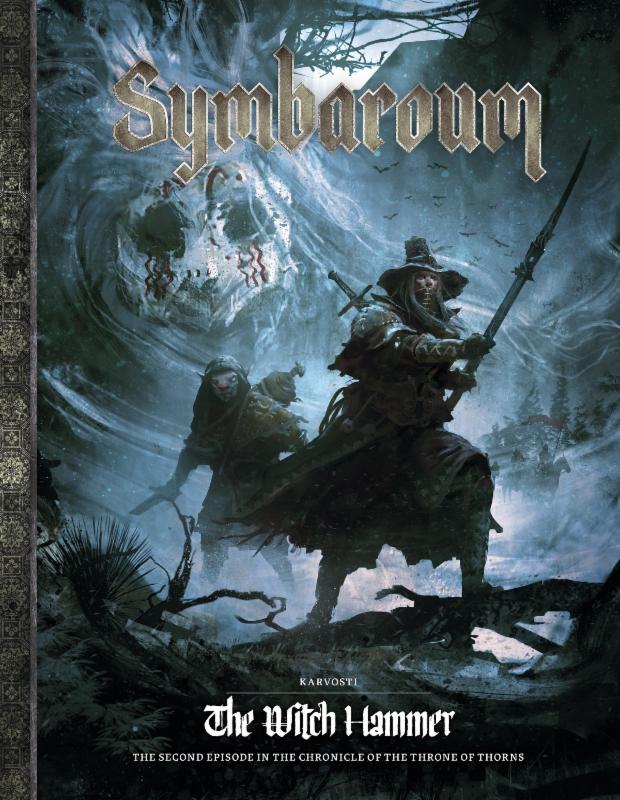 Karvosti – The Witch Hammer invites you to join the treasure hunt of a lifetime! Between these covers you will find not only the epic and action-packed adventure The Witch Hammer, but also nearly a hundred pages of campaign material describing the cliff of Karvosti and its surrounding area, including an extensive section with new rules and guidelines pertinent to the setting and adventure.

Featured content:
The Witch Hammer – the most dire and perilous treasure hunt since the days of Symbaroum.
An extended account of the history, activities, factions and conflicts of the Karvosti region, to be read by both players and Game Masters.

A comprehensive chapter for the Game Master, describing what lurks beneath the region’s surface, with plenty of plot hooks to develop into adventures or entire campaigns.
Guidelines on how to handle the exploration of ruins and the scheming going on in Symbaroum, plus plenty of additional rules including new abilities, traits, elixirs, artefacts, monsters and enemies. 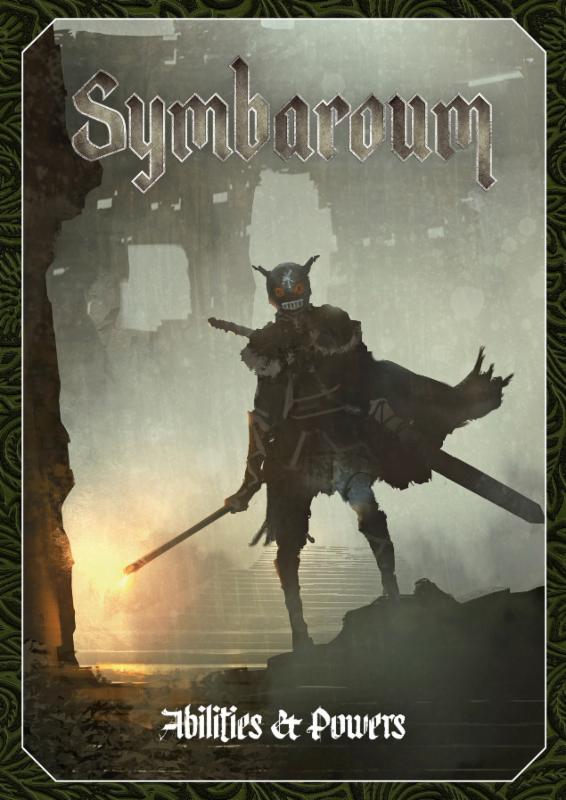 Power & Ability Cards: Your friend at the table! The two decks in this box feature the level descriptions of all abilities and mystical powers included in the Symbaroum Core Rulebook and the Advanced Player’s Guide, plus three new ones. The 120 cards are primarily meant to be used by players, for easy access to the abilities and powers of their player characters. However, the Game Master may also make good use of them – in order to keep track of non-player characters or as a basis for rapidly crating random encounters.