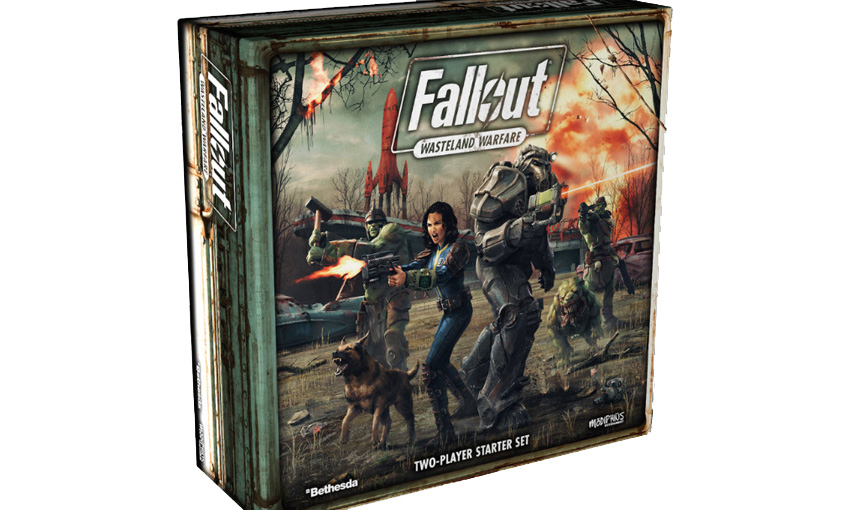 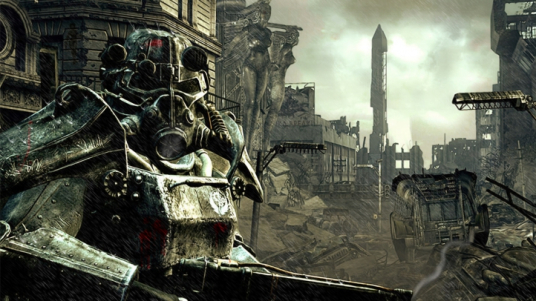 Set to release at retail in March 2018, Fallout: Wasteland Warfare puts players in the midst of the post-nuclear wasteland with battles from the video game, as well as unique campaign missions with narrative-style objectives, played out with highly-detailed 32mm heroic-scale miniatures, including iconic characters, factions, creatures, robots, environments and settlement buildings from the Fallout universe. As players earn Nuka Cola caps in missions, they can be used to develop their leaders, factions and settlements, unlocking weapons, perks, gear, and upgrades for the next encounter. Fallout: Wasteland Warfare is playable head-to head, solo, or in co-operative play with expansions planned for all three, including future settlement defense, with battles of three to thirty figures from factions such as The Survivors, Brotherhood of Steel, Super Mutants, The Institute, Raiders, The Enclave and more.

Pre-order for Fallout: Wasteland Warfare has begun on the Modiphius webstore at: modiphius.net/collections/Fallout-wasteland-warfare 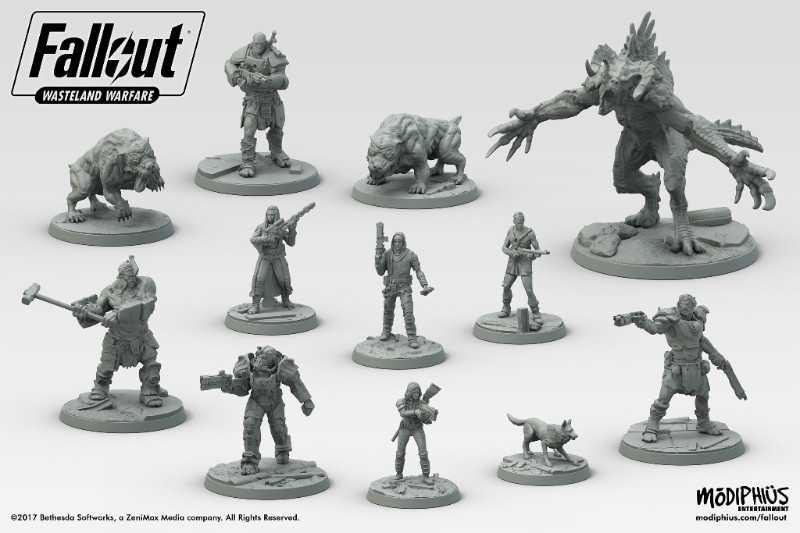 Two Player Starter Set
This is the starting point for all players and includes everything needed to play, including 12 x 32mm scale multi-part pre-assembled PVC miniatures of Sole Survivor, Dogmeat, Brotherhood of Steel in T60 Armour, 3 Settlers, a Super Mutant Brute, 2 standard Super Mutants, 2 Super Mutant Hounds and a Deathclaw, 10 Custom Dice, 2 sheets of counters, over 100 cards, rulebook and campaign book. An alternative high quality multi-part resin set is available only from the Modiphius.net store featuring all the miniatures except the Deathclaw. 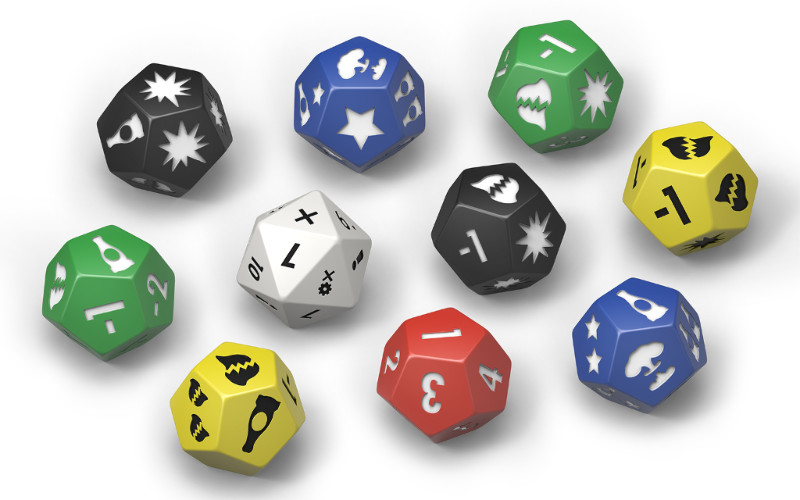 Faction Core Sets
Fans can start collecting one of three launch Factions including the Brotherhood of Steel, Super Mutants and Survivors. Each Faction Core Set comes with 6-8 miniatures along with unit and gear cards, plus a scenario sheet and card deck. Further factions including the Institute, Raiders and the Enclave will be available in the second wave of releases from Summer 2018. Each expansion increases battlefield options with more miniatures, unit cards, new scenarios, new AI cards tailored to that faction and new Wasteland Events to discover. 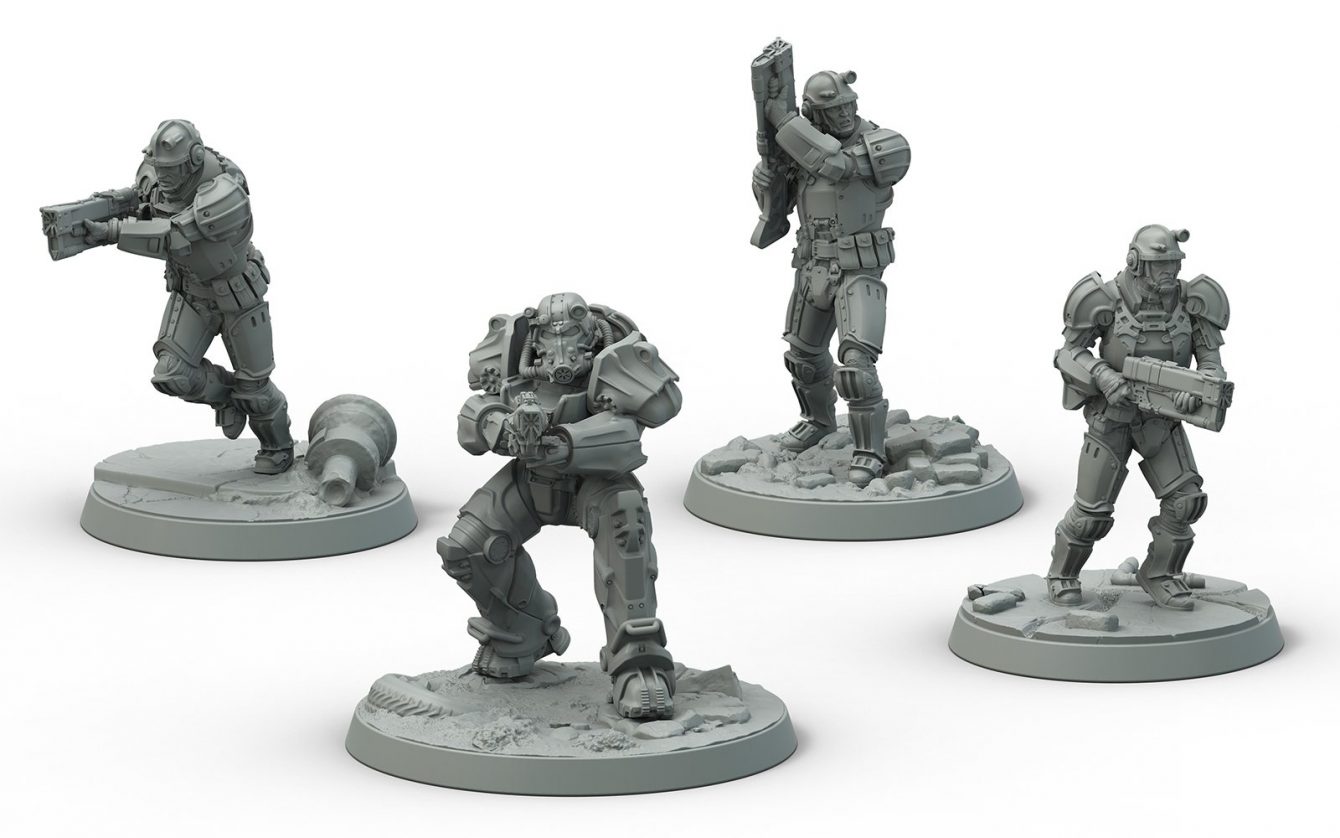 Unit Expansions
A Unit Expansion typically contains 3-5 miniatures and cards to expand potential Wasteland encounters and events, units, gear and AI cards. At launch the Brotherhood of Steel get a Paladin in T60 armour with three knight patrol, the Super Mutants get three Suiciders with Mini-Nukes and the Survivors gets a squad of 4 Minutemen.

Character Expansions
Fallout is well known for its familiar companions, heroes and villains. Each faction will have a selection of Character Expansions which include three miniatures along with their respective unit and gear cards, as well as more cards that grow the narrative side of the game including Quest, Perk and Settlement cards. At launch, the Survivors get Sole Survivor and Dogmeat with goggles and bandana plus Codsworth, and a second set of X6-88, Piper and Cait, whilst the Super Mutants get Hammer and a Mutant Hound, plus another set with the terrifying Behemoth, whilst the Brotherhood of Steel get Paladin Danse, Knight-Captain Cade and an Eyebot.

For those wanting to follow the exploits of their own crew, the Settlement Expansion includes cards needed to develop the various buildings, equipment, and resources that will help benefit their growing faction. 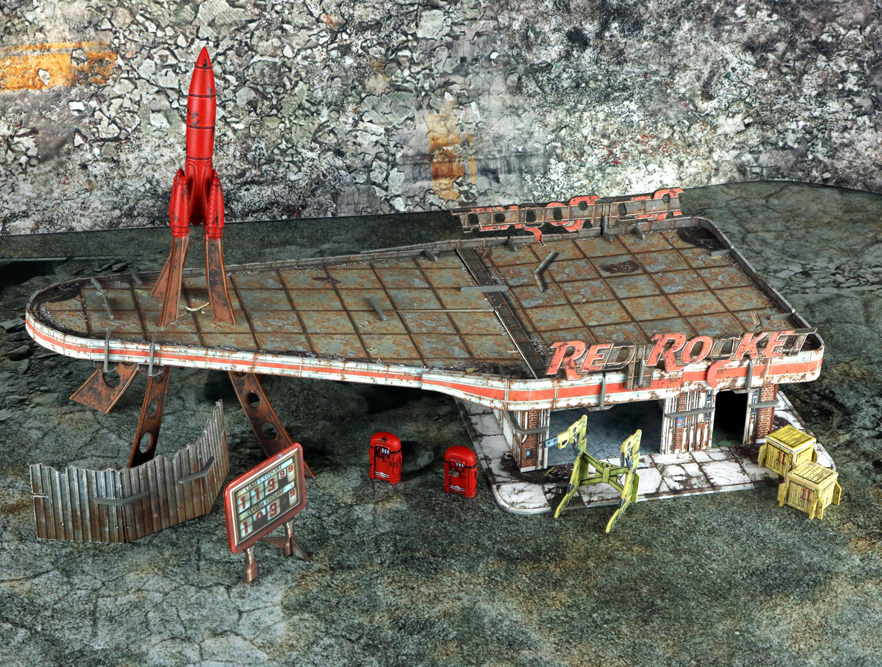 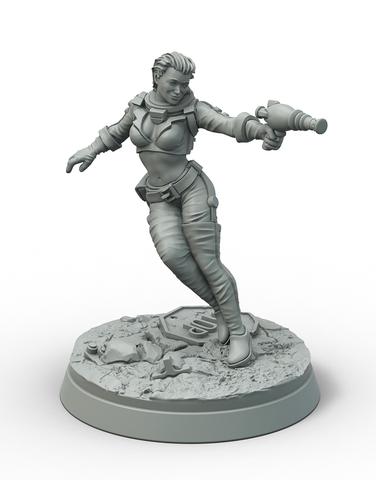 Pre-Order Bonuses
All pre-orders of £120 or more will score the event-exclusive Nuka Cola Girl model, along with unit card and Thirst Zapper weapon card. Nuka Cola Girl will also be available at future events such as Adepticon, Salute and other special pre-orders.

Retail Launch
An in-store pre-order will begin in November via all usual distributors leading up to the retail launch in March 2018, which will also include an Organized Play program, with demos and retailer support, including an online ‘Vault’ retailer locator to help fans find their local store taking part. Organized Play Kits will be available from March 2017.