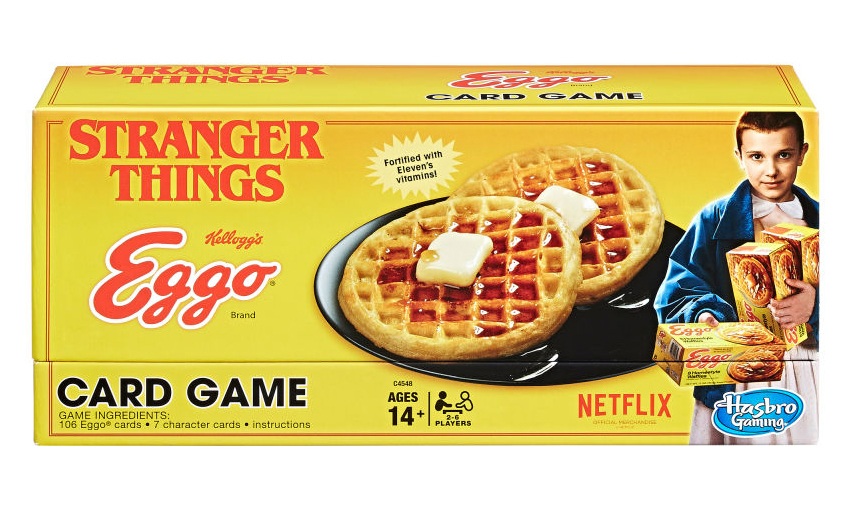 Netflix and Hasbro have teamed up to release a line of games based on the hit show Stranger Things. Inspired by those classic 80’s sci-fi/horror movies I grew up on as a kid, Stranger Things tells the story of a small town under attack by a supernatural threat. Secret government plots, children with strange powers, and unearthly mysteries fill this amazingly crafted series and make me excited to see what Hasbro has put together for it. 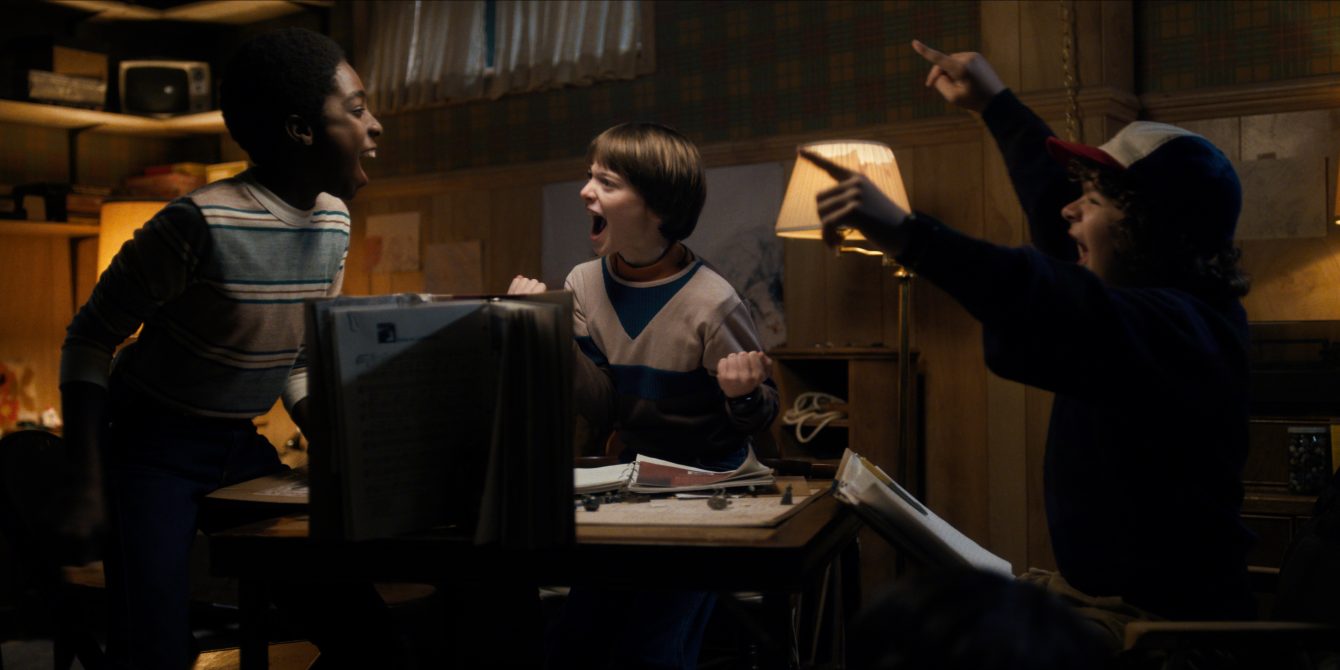 The Stranger Things Eggo Card Game allows you to play as characters from the show: Will, Mike, Lucas, Dustin, Eleven, Hopper, or Barb (oh Barb). You’ll be drawing cards which can either send a player’s character to the UPSIDE DOWN, make an opponent draw 2, reverse the order of play, summon the DEMOGORGON, or cause a rift that sends everyone who was RIGHT SIDE Up to the UPSIDE DOWN, and vice versa. To win and escape the UPSIDE DOWN, get rid of all your EGGO cards before the DEMOGORGON attacks or be toast!

From the description is sounds like an UNO variant which considering the theme of the show kinda fits. With all the nostalgia, throwing the Stranger Things twist on classic games makes sense (even if I wish they were making a more original game). Stranger Things Eggo Card Game includes 106 EGGO-shaped game cards and 7 character cards and will have an MSRP of $14.99

The Stranger Things Ouija is exactly what it sounds like, you’ll get to communicate with those trapped in the UPSIDE DOWN through the board. Whether it’s Will’s welfare or tracking the Monster’s whereabouts, the included OUIJA planchette will help you try to gather important answers and keep tabs on Hawkins, Indiana’s parallel dimension. Don’t forget, concentration is a must! Game includes one game board and plastic planchette. MSRP will be $19.99.

Lastly, we’ve got Monopoly Stranger Things Edition. I should have expected this. Coming out with an MSRP of $24.99 Monopoly Stranger Things Edition is set in the show’s town of Hawkins, Indiana. With silver bicycle, camera, television, and tennis shoe tokens – and gold versions of each token flipped to represent the UPSIDE DOWN – players can explore the STRANGER THINGS world with themed properties like “Steve’s Pool,” “Hawkins High School,” “Mike’s Basement,” and more! But, beware! Unexpected dangers only Eleven could predict like the DEMOGORGON NEST are sprinkled throughout the board game. The MONOPOLY STRANGER THINGS EDITION includes 8 tokens, 28 Title Deed cards, 16 Walkie-Talkie cards, 16 Blinking Lights cards, 32 Forts, 12 Hideouts, 2 dice, money pack, and game guide.

What do you think of the new games coming out for Netflix’s Stranger Things? Which version will be your favorite? Let us know in the comments below.