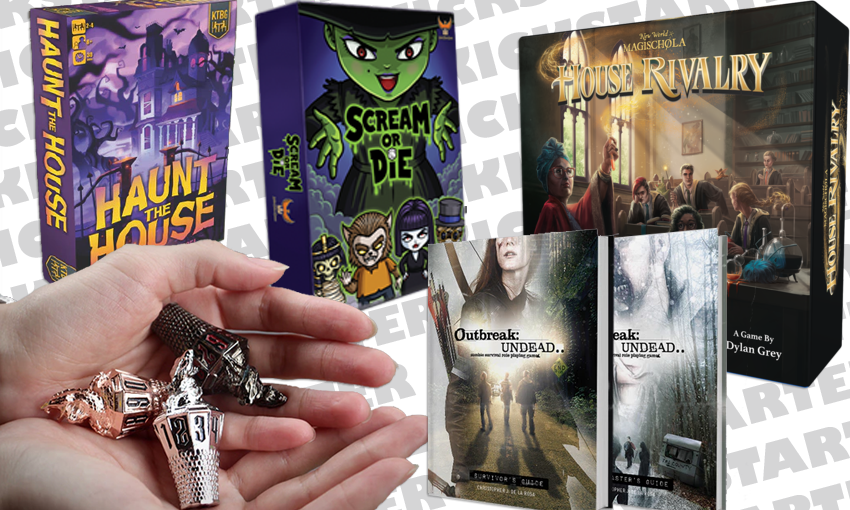 Not only is it Friday Fund day, but it’s October! Lets get spoopy! Here are some of the creepiest, crawliest, and candy packed Kickstarters to inspire your Halloween shenanigans for this year!

Have you ever thought about what would happen if the zombie apocalypse really did happen? What would you really do? Would you survive? Outbreak: Undead 2E is a rpg designed to give you  those answers. 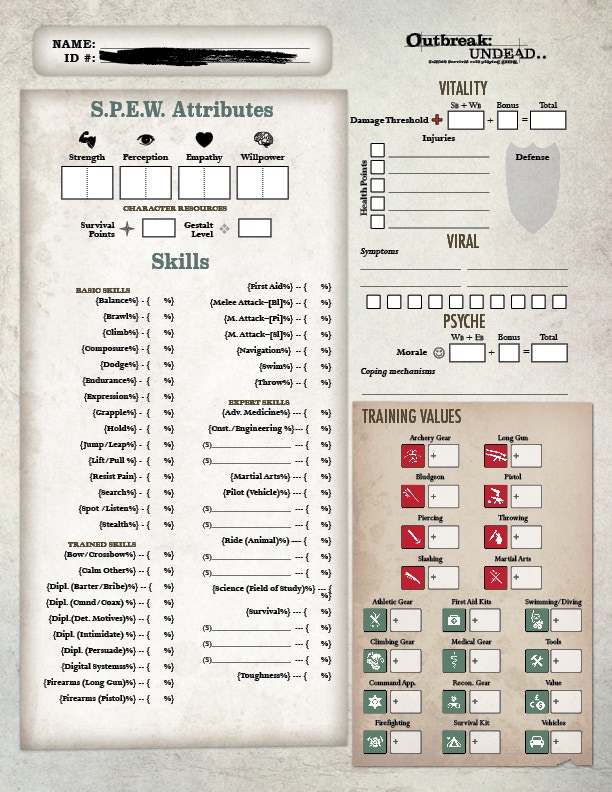 In the game you play as yourself in situations where zombies have run rampant. The first edition of this game was only a starter kit designed to give you the basics, but with this campaign, Hunters Books is releasing the full set with three different levels of game crunch (rules levels). Want to play a light and fast style game? Play on Arcade mode and the game will focus more on story and less on weighing you down with rules. Want a challenging survival experience? Hit the Survivalist mode which give you the full set of rules and provide a brutal experience.

This game looks exciting for anyone who enjoyed the zombie craze that was 2010. The Walking Dead had just come out and everything was undead. As a bonus, for any Geek & Sundry fans out there, you can note that one of the co-developers is our favorite Twitch host, Ivan Van Norman! This is going to be one of those games we break out on dark and stormy nights to really get in the creeped out, edge of your seat mood. I can’t wait to pit myself against the undead hordes!

Shamble on over to the Outbreak: Undead 2E Kickstarter here.

Ghost hunters have come to investigate your house and, as the ghosts of the manor, it is your delight to scare the ever-loving-bits out of them! 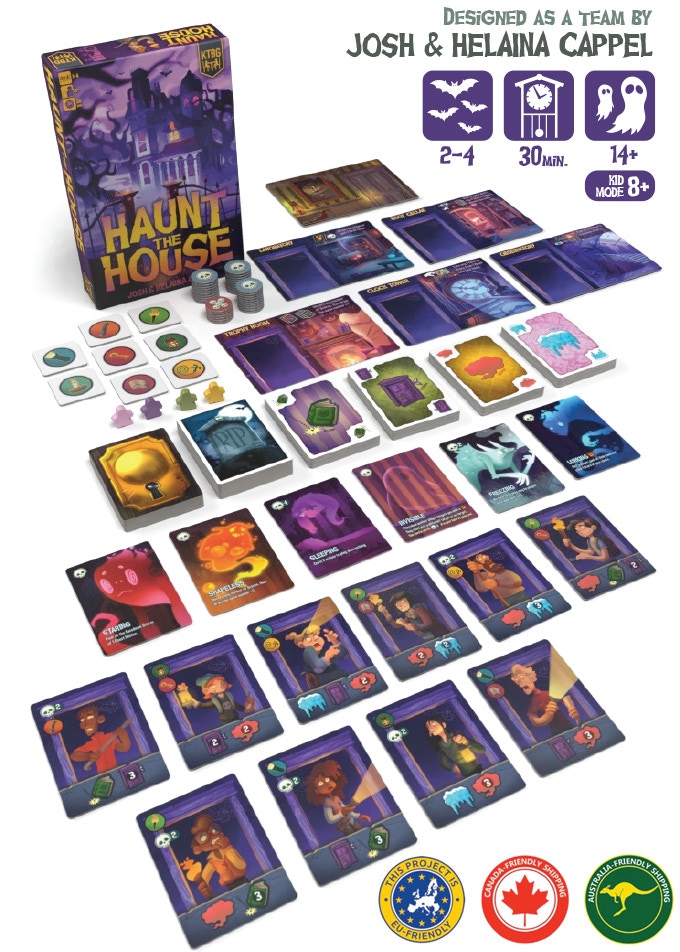 In Haunt the House 2-4 players will compete to see who can collect the most gear from frightening ghost hunters. Each hunter will require certain scares and you’ll need to play cards matching those scares to make them run out of the house, dropping their gear for you to loot. With elements of set collection, press your luck, and bluffing, Haunt the House looks like a fantastic little game for the whole family to enjoy during this, the spoopyiest of months.
You can check out Haunt the House on Kickstarter here.

Now Halloween may seem like it’s all about the scary monsters, but we know where the true heart of the holiday lies: CANDY! In Scream or Die everyone is a monster, cursed by Belinda the Witch to become children. To break the curse you must bring her 13 buckets of candy (witches have notorious sweet tooths). You’ll be rolling dice to earn candy and using screams that you earn to adjust your rolls. 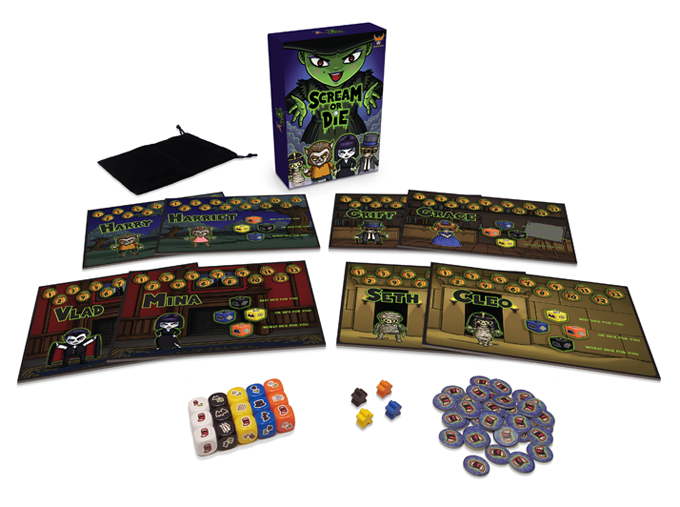 It’s cute , family friendly, and looks a fun way to to wind down after a long evening of Trick or Treating. Go scare up a copy of Scream or Die on Kickstarter here.

We’ve had zombies, ghosts, and monsters turned into children. Let’s get some witches and warlocks in here! 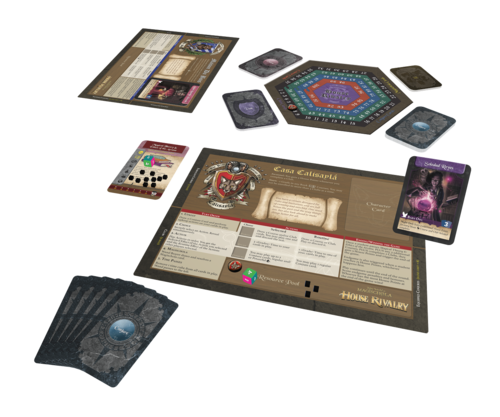 Based on the exciting Wizard school LARP Magischola, New World Magischola House Rivalry lets you play young wizards competing to earn victory for your house by doing well at school activities. If you’ve ever wanted something akin to a Harry Potter board game, now’s your chance. You’ll earn points for your houses by attending class, casting spells, fighting monsters, and competing against rival students. The one with the most points in the end gets the coveted House Cup!

Hop on your broomstick and cast a pledge on New World Magischola House Rivalry  on Kickstarter here.

Want to add an extra level of monstrousness to your next game night? Try using these monster dice! With this collection you get a full set of dice (D4, D6, D8, 2 D10s, D12, and a D20) in  Copper, Silver, or Titanium Black. Each die features a different monster like the fire drake, kraken, or basilisk. 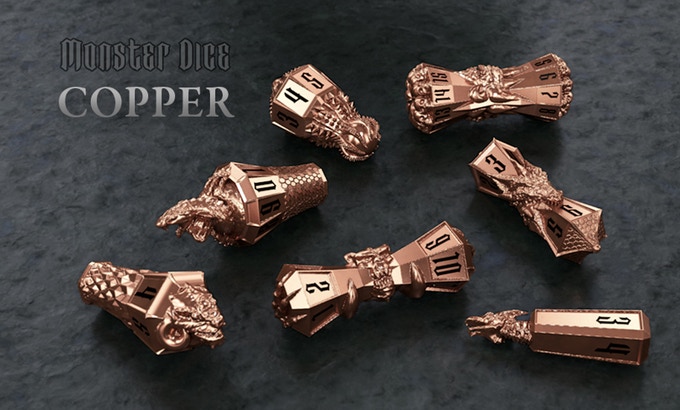 I can see these being great for game masters who are rolling for their monster attacks or anyone looking for some slick looking dice for their next campaign.

Roll up a set of Monster Dice on Kickstarter here!

Which Kickstarters will be haunting your wallet this week? Let us know in the comments below!