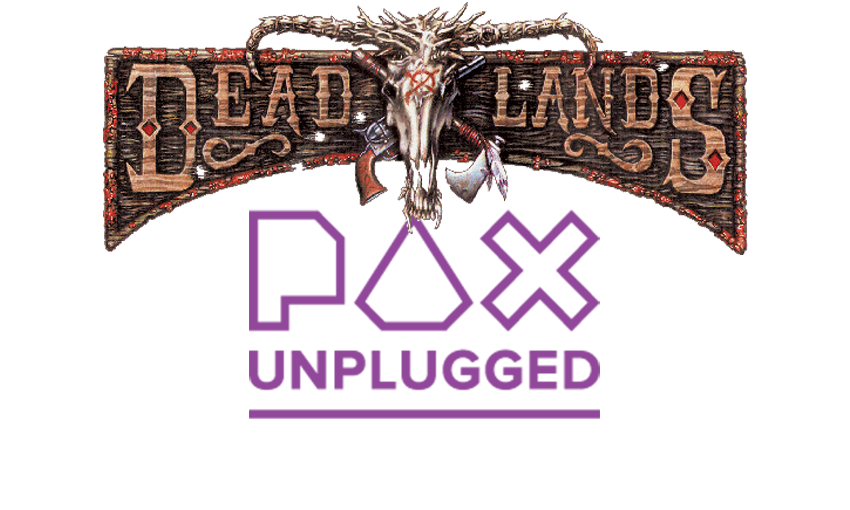 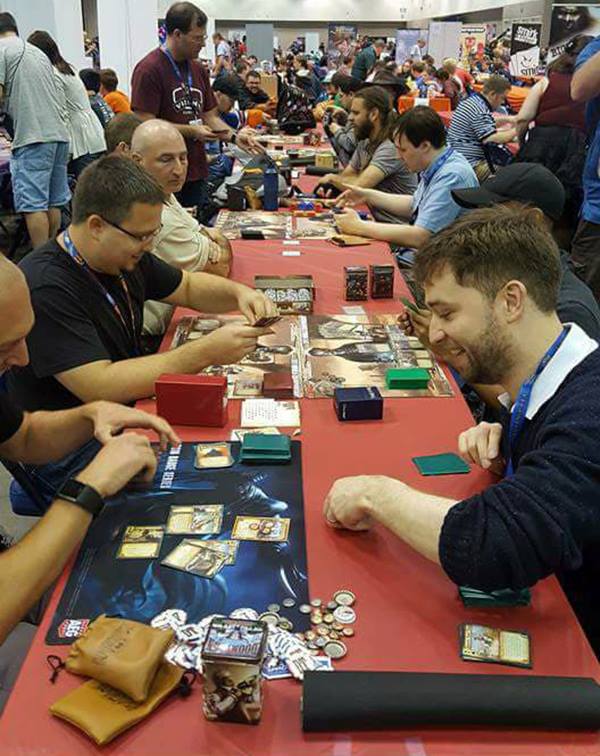 The event will look at happened in the 2 years prior to Lucy and Wendy’s arrival in Tombstone, where we learn the fate of what occurred to Mario Crane.

The winner of the event decides if Mario can claw his way back from the abyss, or succumb completely to madness, and become a fresh new Hell on this Earth.

The Runner-Up will help in making a decision regarding Jessica Prachett’s whereabouts (former Sloane).

While these prizes are for the winners, there is something special to enable other players to participate in the story. Each round of the event, a random table will help choose a card featured in the major conflict of the story. The players will discuss their card choice, and the winner of the round will report the decision. Thus these players will help determine the story’s direction. On the final round of Swiss for our event, this will automatically go to the final table. 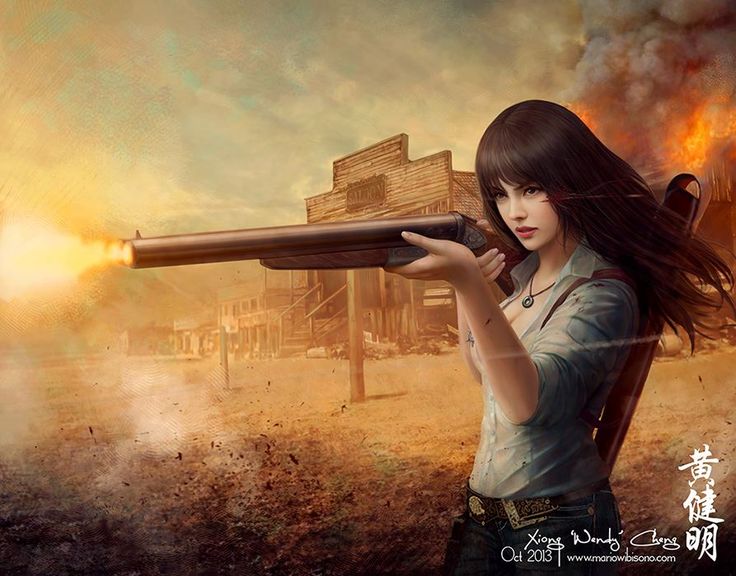 Attending PAX Unplugged but don’t have a Doomtown: Reloaded deck yet?

Find a member of the Pine Box Entertainment team and they will provide you with one to participate in this major storyline event! Learn to Play demos also available throughout the convention.  Pine Box Entertainment is dedicating Friday, November 17th, to fully engaging folks in the Deadlands and Doomtown community in discussing upcoming plans. The Lead Designer, Community Manager, and Events Team will be on hand to answer questions, play games.

Pine Box Entertainment will also have exclusive prizes for this event and items for sale, including tokens and a playmat, and hosting a community event on Thursday, November 16th, at Yards Brewing Company.