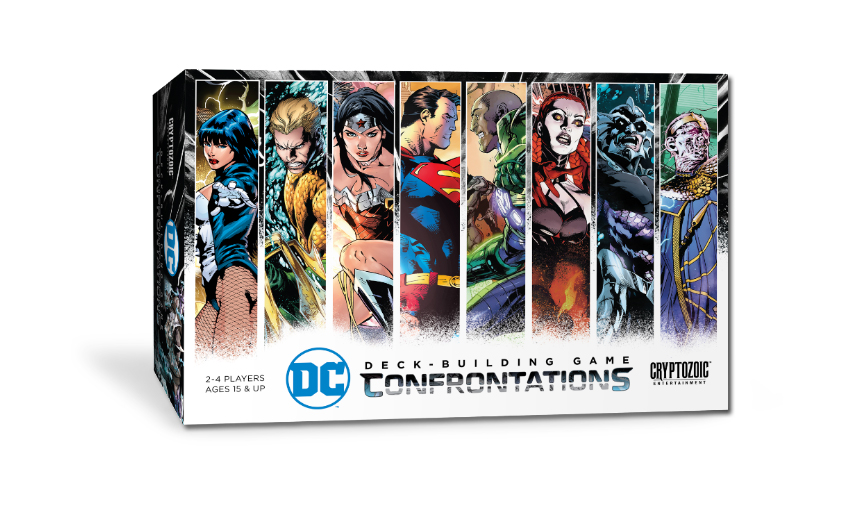 Cryptozoic Entertainment, leading creator of board games, trading cards, and collectibles, and Warner Bros. Consumer Products, on behalf of DC Entertainment, today announced the November 29 release of DC Deck-Building Game: Confrontations. In the 2-4 player team vs. team game, each player selects a DC Super Hero (Superman, Wonder Woman, Aquaman, or Zatanna) or DC Super-Villain (Lex Luthor, Circe, Ocean Master, or Felix Faust) and joins another player on his or her team for a clash against two opponents.

The game uses Cryptozoic’s popular Cerberus Engine, which has players build up their decks with the goal of defeating one of their opponents. The new keyword “Assist” on many cards allows a player to lend some help to his or her teammate. Though standalone, the game can be combined with any of the variations of the DC Deck-Building Game to create an even larger experience. 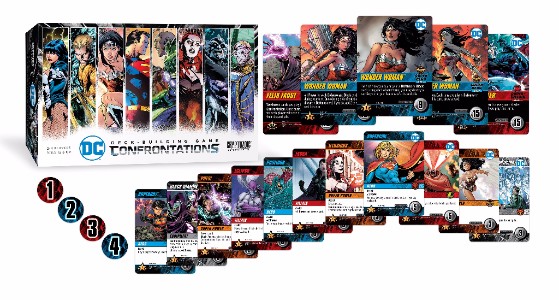 “While best played as a 2v2, there are 2- and 3-player variant rules,” said Lead Game Designer Matt Hyra. “Players are going to love the competitive nature of trying to take down the biggest names in the DC Universe, no matter how many players are at the table.”

In the game, each player’s DC Super Hero or DC Super-Villain has three unique versions—when one is knocked down by the opposing team, the player replaces it with the next one, which has boosted abilities and is even more difficult to take down. In order to defeat their opponents, players have to work together, taking advantage of cards with the keyword “Assist,” which allows a card to be played during a teammate’s turn and gives that teammate all the benefits.

DC Deck-Building Game: Confrontations will be available at retailers nationwide November 29 for a suggested retail price of $40.