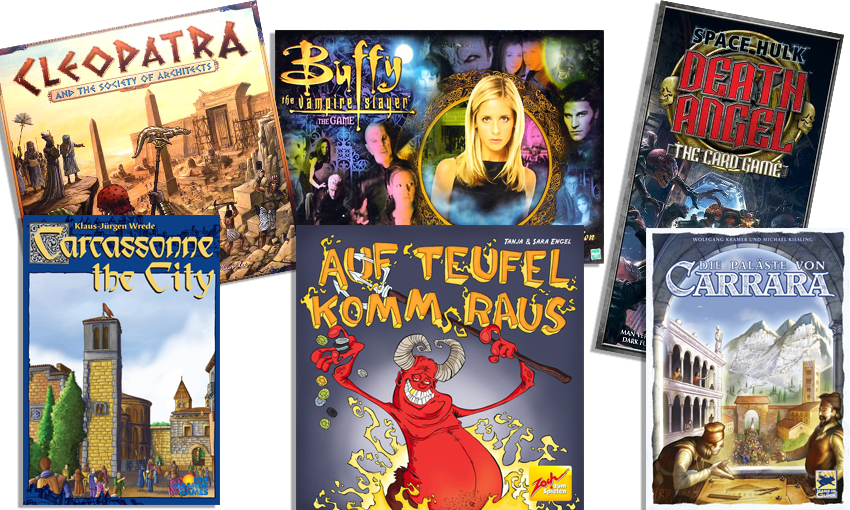 A Gift-Giving Guide for the Gamer Who Has Everything
(Only the industrious need apply.)

The problem with buying your serious gamer friends new boardgames for the holidays is that sometimes they already have everything they want. If it’s not already on their shelves, it’s probably in a box on its way from the CSI Black Friday Sale. A gift of Kingdomino is lovely, but it’s not going to take anyone by surprise. So what I’m offering today is a list of out-of- print (or hard-to- find) games that many serious gamers would be shocked and delighted to find beneath the tree.

But first, a couple caveats. These games are hard to find (extra challenge for the gift-giver, but also  extra joy for the gift-receiver—it’s a trade-off). My recommendation about where to find such  games:

1. Try the Market listings under the game’s Board Game Geek entry. Usually, you’ll find someone somewhere in your country willing to sell a copy.

2. Subscribe to some Facebook groups where people offer game sales and trades. Usually, you have to monitor those for a while, but I’ve found many great deals on OOP games. Just be quick to respond! Try The Boardgame Group or Board Game Exchange.

3. While eBay is usually the last place I check (because their prices actually tend to be highest), I
have frequently given in for the sake putting one more piece into the vast puzzle of my OOP
collection.

And it may go without saying, but you have to be prepared to pay a premium for the gifts on this list. You probably won’t find them for what you’re accustomed to paying at retail. Look to spend around $80-$100 for these games.

The Palaces of Carrara 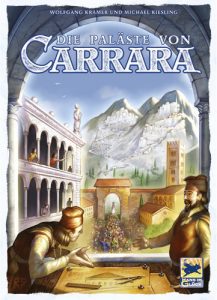 Even though this Kramer and Kiesling game was nominated for the Kennerspiel des Jahres in 2013, it’s been out of print for a while. It’s a classic Euro featuring set collection, resource management, and a clever pricing rondel for various kinds of colorful marble. This is a gorgeous family-weight game that can gets more strategic as subtler decisions reveal themselves over multiple plays. 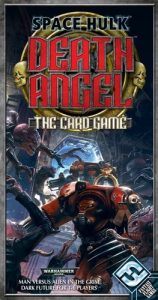 This small card game set in the Warhammer universe is just as exciting to play solo as it is to play co-op. And you can still find copies for a relatively inexpensive price. Yes, it’s tough, and it evokes an Aliens-level paranoia, but if you want fifteen minutes of pulse-pounding action in a card game, this one’s for you. 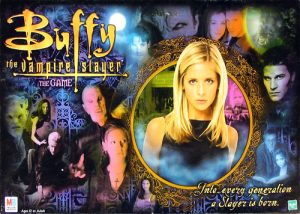 I’m talking here about the Hasbro game from 2000, not the game that was just released last year. This game has one player playing the Big Bad, while other players control Buffy’s scoobie gang. For the Buffy-lover in your life, this game will offer sentimental thrills while Buffy and Xander and Willow roll-and- move through Sunnydale staking vamps and delivering witty retorts.

Cleopatra and the Society of Architects 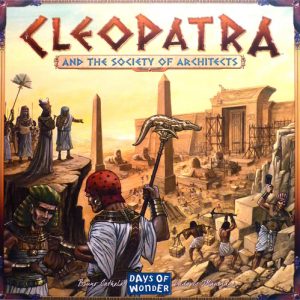 A perfect Christmas gift, this Days of Wonder game sets a standard for toy value in a family auction game. Players compete to build statues, columns, obelisks, and thrones for Cleopatra. Of course, these things could be represented by cardboard tokens—but, instead, they are actual plastic doo-dads that you place around the base of the box itself to create a glorious end-of- game mis-en- scene. The game itself is a Ticket to Ride weight game of set collection, but the real wow factor here is the table presence. 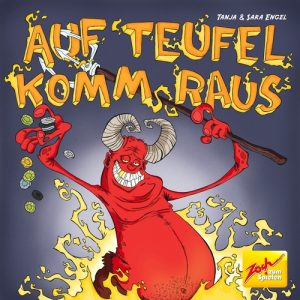 Okay—so this one isn’t out of print, but it’s still hard to get because it was never published in America to begin with. If you can get your hands on a copy, you’ll be in for one of the most raucous push-your- luck games out there. The rules are streamlined and simple as players bet on the turn of pieces of coal—which either have a value on their opposite sides or pictures of the devil himself. The components, including nice, heavy poker chips, are gorgeous—and if you’re a fan of push-your- luck classics like Pick-omino or Port Royal, treat yourself to this German treat with a hard-to- pronounce name. 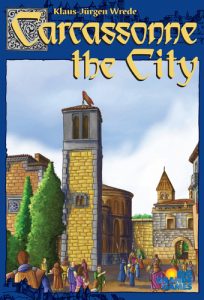 For many gamers, this 2004 version of the classic Carcassonne is their favorite. The dynamics will be familiar to most, but what this version adds are walls that limit and enclose the building of the tiles—and guards that sit on those walls and gain you points for all the tiles they can survey—oh, and towers that score points for the walls that have already been built. It’s a notch or two up in complexity from the original game, but for those who already love Carcassonne, the added features and pretty wooden bits will be a unique treat. For extra points: try to find the version packaged in the hinged wooden box!

What are your favorite hard to find games? Do you have places you prefer to shop for them? Let us know in the comments below!

Need more ideas for gifts? Check out our other shopping guides here!