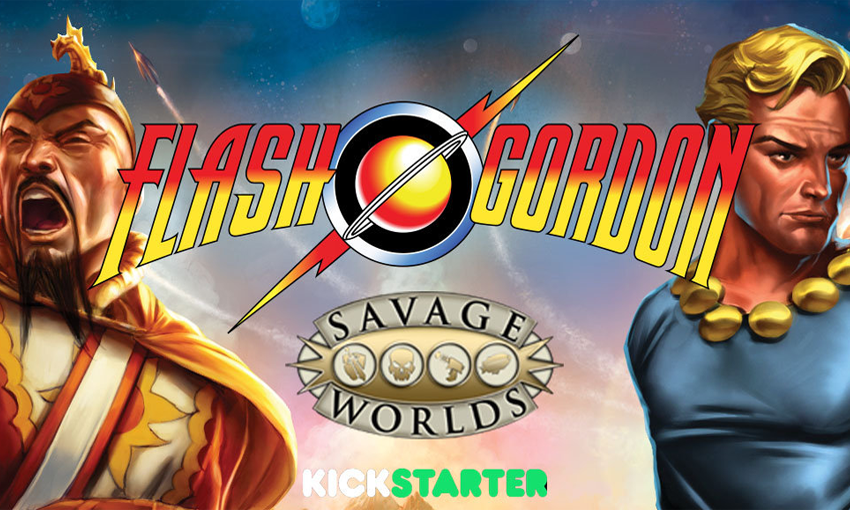 The Savage World of Flash Gordon is a roleplaying game and supplements currently being Kickstarted by Pinnacle Entertainment Group, makers of Savage Worlds, Deadlands, and many other award-winning, best-selling games. 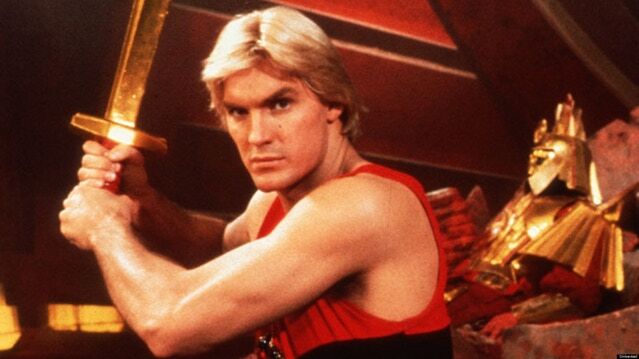 Mr. Jones, star of the much beloved 1980 Dino De Laurentiis Flash Gordon film, has once again boarded a rocket ship to Mongo! The actor, US Marine, and Savior of the Universe has taken a look at all Pinnacle has done with the beloved world of Flash Gordon™ and graciously agreed to write an exclusive foreword for the core book!

“When author Scott Woodard approached Sam about doing a foreword, I was ecstatic that he embraced his part in the legacy of Flash,” said Pinnacle President Shane Hensley. “Once we announced the project, we heard from dozens of fans who have interacted with actor Sam J. Jones over the years at conventions and shows. Without exception, everyone talked about how great he treated his many fans and appreciated his involvement with Alex Raymond’s fantastic world.”

The Savage World of Flash Gordon RPG draws on the original Alex Raymond strips, the Buster Crabbe serials, and the 1980 Dino De Laurentiis film for inspiration. It was written by Scott Woodard and uses the Savage Worlds game system.

The Kickstarter for The Savage World of Flash Gordon funded within the first hour and has busted through several stretch goals, adding miniatures, maps, and cards. 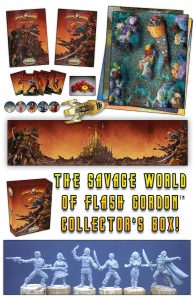 The top tier reward levels include:

And there’s a Princess/Prince of Mongo reward level to get the Box Set, a RARE Sunday Newsprint strip from 1935, and join the PEG crew for dinner and play in a game at Gen Con 2018 hosted by author Scott Woodard!