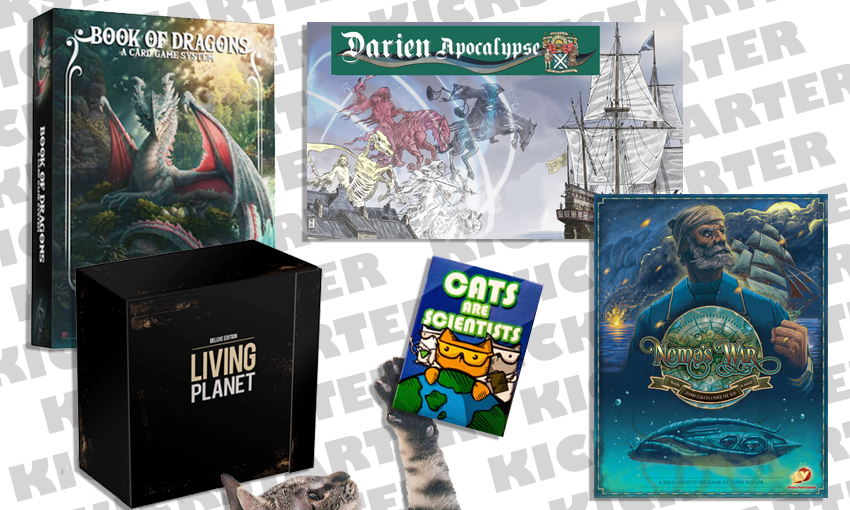 Friday’s are always a boxing match with my wallet as I check out all the amazing Kickstarter campaigns out there. What am I excited about this week? Let’s take a look!

We really like Nemo’s War. It is an excellent solo player game and this month Victory Point games is Kickstarting the reprint with an expansion. You can see our full review of the 2nd edition of Nemo’s War here. 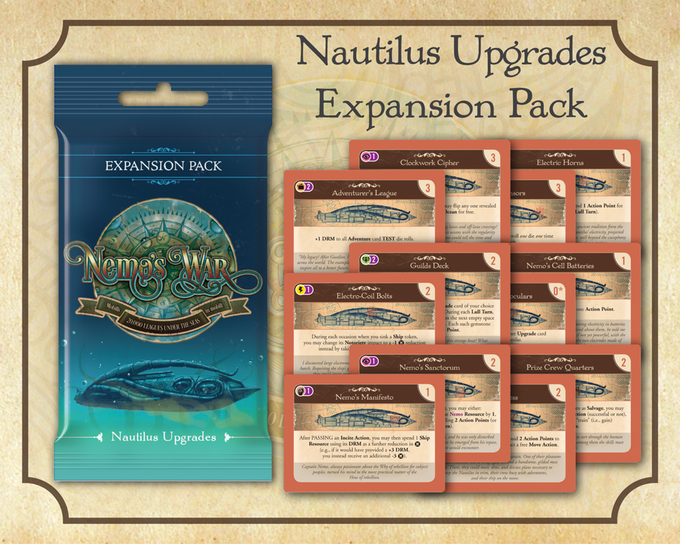 I really like that they made it possible to back at a level where you can just get the expansion. Since we already have the game, it’s great to have a chance to pick it up without having to buy the whole thing again.

I mentioned this campaign earlier this week, but I’m pretty excited by the idea so I’ll mention it again. Book of Dragons is a card-based gaming system. If you back the campaign you get a deck of Tarot sized cards illustrated by Kerem Beyit and rule sets for 18 games by over 16 designers. 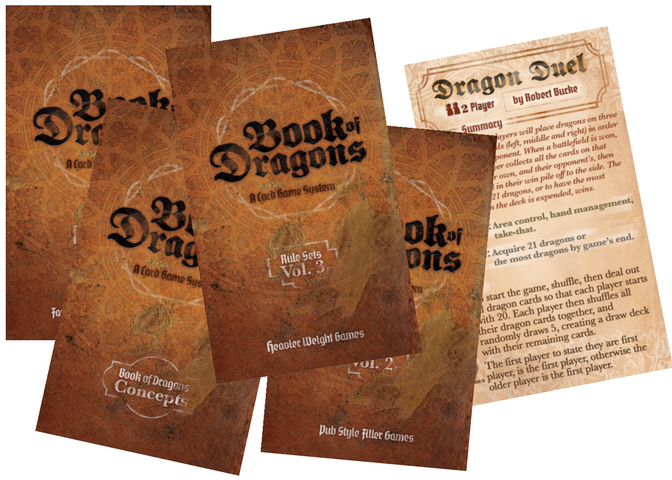 The line-up of game designers is super awesome! Just look at some of these names!

The base system is designed so more games can be created. So, by investing in one deck of cards, you are essentially getting a ton of games with the potential to grow. I love the art, the concept, and many of the designers! Go check out Book of Dragons on Kickstarter now!

I’m kinda fascinated by the story of this game. You and your friends are Scottish settlers looking to establish a trading colony in Panama. Where it gets interesting is these poor folk were beset by disease, famine, and whatnot, supposedly sent by the four horsemen of the Apocalypse. Well in Darien – Apocalypse, the horsemen are real and they are here to destroy you!

Not only will you be cooperatively (or competitively) trying to build up your colony in this 1-4 player programmatic/worker placement game, but you’ll have to deal with everything those horsemen throw at you. Check out Darien – Apocalypse on Kickstarter here!

If you follow this article series then you may have formed a hypothesis that I am inclined to like games about cats. You are correct! I will give any cat game a shot, but it also has to actually be good for to keep my interest. I like to say “Cats are natures comedians” and, in Cats are Scientists, they are also physicists! In the game you are all cats, trying to prove the Law of Gravity by knocking things off tables (a very cat-like thing to do). 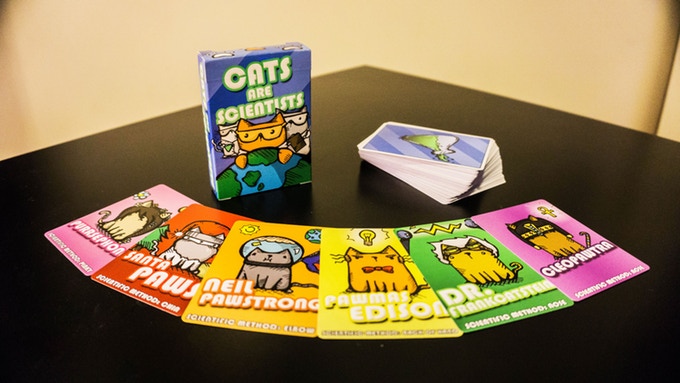 To play you’ll try to knock cards off the table. Cards have rules on how to play and any time a card is knocked off the table, its rule must be applied immediately. It reminds me of a game like Fluxx crossed with a dexterity game. I can imagine my pals having a blast at all the silly things you’lll have to do to play.

The video for the campaign is pretty ridiculous, but the game itself looks fun. Knock a copy of Cats are Scientists off Kickstarter here.

This strategy game for 2-4 players you’ll be exploring an alien planet and exploiting its resources. Unfortunately for you, the planet does not take kindly to this and is going to fight back! 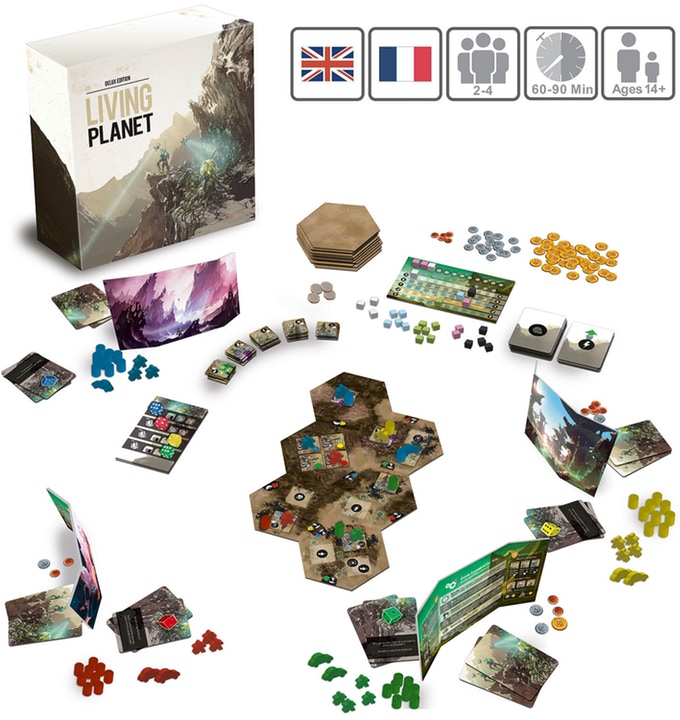 Each player represents one Galactic Corporation looking to grab as much as they can before the planet self-destructs. The theme for this one is really unique and I’m loving on the art. It uses an interesting simultaneous action selection system where everyone  will start with a hand of six numbered cards and every card played will be discarded; limiting your options as you go until you decide to spend an action to retrieve a card. I’m really curious to see how LIVING PLANET plays. If your curiosity is peaked too, go check out LIVING PLANET on Kickstarter here!

Which Kickstarters have you going to the mat with your wallet? Let us know in the comments below!