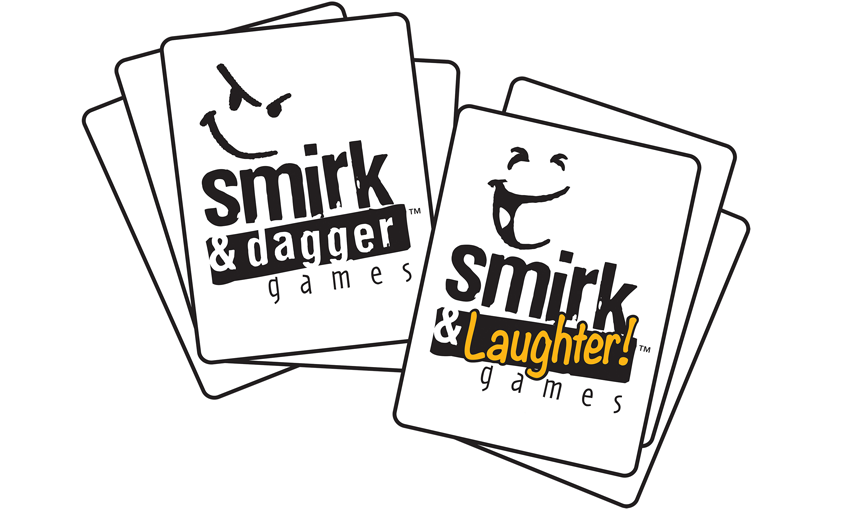 This March, Smirk & Dagger will be launching their new brand  dedicated to emotionally-driven game play, Smirk and Laughter.

“Smirk & Dagger Games is growing and to do so, I’ve had to adopt a new, broader vision – one that would not diminish our distinctive house style, but that could live side by side with the core brand and deliver new and exciting game experiences for fans, as well as appeal to the ever-growing crop of new, casual gamers and families entering the hobby. A sub-brand we’ve dubbed Smirk & Laughter.” – Curt Covert

The new line will include games like NUT SO FAST!, Before there were Stars, and Tower Of Madness.

NUT SO FAST! is a fast-paced dexterity, party game where players will flip cards looking for matching pictures and then try to grab the nut token with the same face. This  3-6 player game will release this March for a MSRP of $19.95

Before there were Stars is a storytelling game where players use Constellation cards to develop the creation story of ‘their people.’ The game takes players through “creation of the world, the origins of civilization, the rise of their great hero, and an end of days. ” Before there were Stars will release August 2018  for $30-40

Lastly, Tower Of Madness is a push-your-luck game about losing your marbles. It uses a 3D tower filled with marbles and tentacles to put the pressure on the players as they roll dice to complete challenges. Tower Of Madness comes out this June for around $50-60