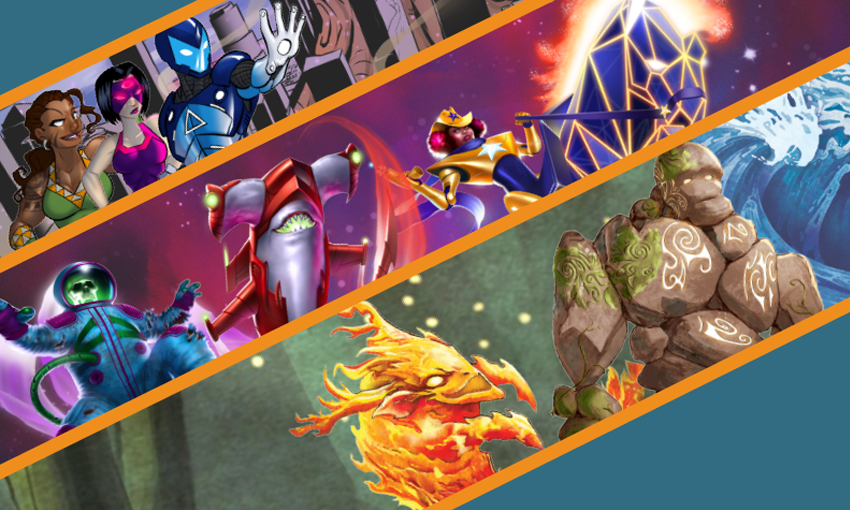 Throughout the month prizes will be awarded to fans that participate in multiple raffles via social media (Facebook, Instagram, Twitter, Snapchat, Tumblr, and Pinterest). The prizes will be themed according to this year’s featured games: Sentinel Comics: The Roleplaying Game Starter Kit, Fate of the Elder Gods, Lazer Ryderz, Spirit Island, Exoplanets, Bottom of the 9th, The Great Heartland Hauling Co., Isle of Trains, and Sentinels of the Multiverse.

Greater Than Games is proud to partner with ACD Distribution and Double Exposure’s national structured play program, Envoy. Heralds from the Envoy program, GTG Citizens, and participating FLGS will encourage gamers to gather in stores to celebrate Greater Than Games by playing a variety of titles from their catalog. Participating retailers will host events, such as demos, tournaments, and adventures featuring Greater Than Games mascot, Mr. Chomps. Retailers have the option to participate in two ways, or both. 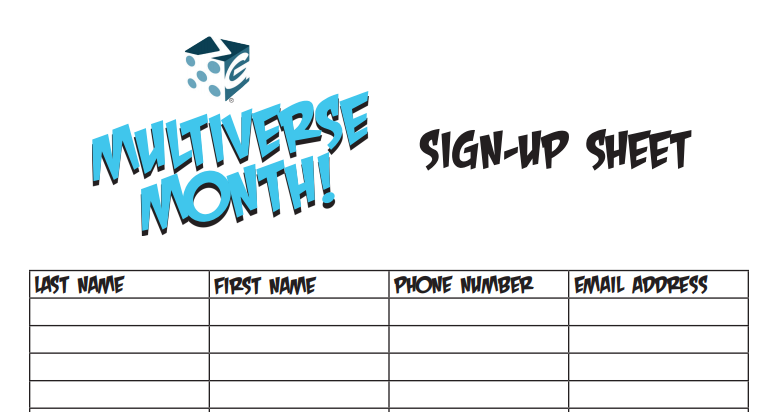 Retailers are welcome to order one Demo Copy of each game at a discount to run their own demonstrations throughout the month. They will also receive mailed Multiverse Month kits that include promos, flyers, and an event poster. In addition, printable sign-up sheets, product information, graphic assets, a month-long event calendar, and downloadable how-to demo product videos are also available. Heralds will be available to retailers who do not already have a demo team in place to happily demonstrate their own copies of products in stores FREE on a schedule that makes sense for participating retailers. Contact [email protected] to find out how to participate in Multiverse Month.

Participants can contact Greater Than Games through [email protected] to share their videos and pictures to be featured on company Social Media for event promotion and game day coverage. Fans and retailers can use the hashtags #MultiverseMonth, #GreaterThanGames, and #PlayGreater on social media to show their posts, and tag Greater Than Games on Twitter (@gtgamesllc), Instagram (@greaterthangames), Facebook (@GreaterThanGames), and Snapchat (@gtgamesllc).