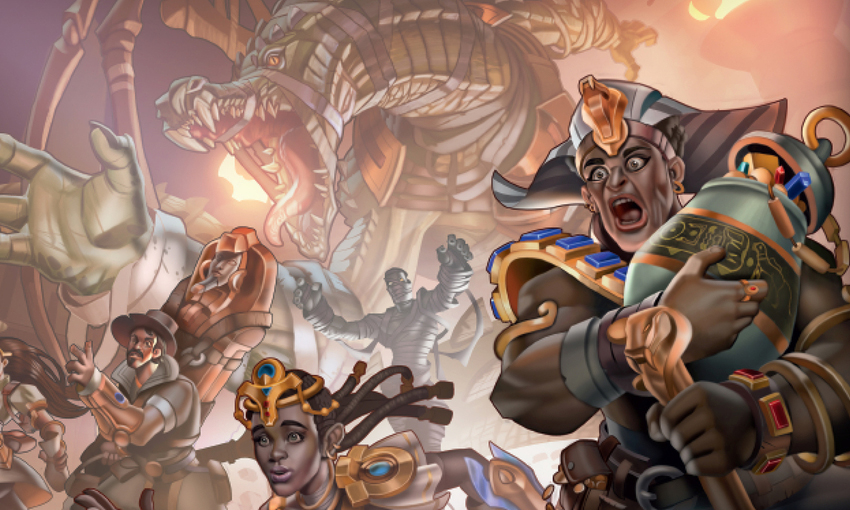 Renegade Game Studios and Dire Wolf Digital have announce that Clank! A Deck-Building Adventure is getting an exciting, mummy-filled expansion!  Clank! The Mummy’s Curse, releasing in March, explores a new pyramid themed board with new monsters and challenges to face in the tombs. 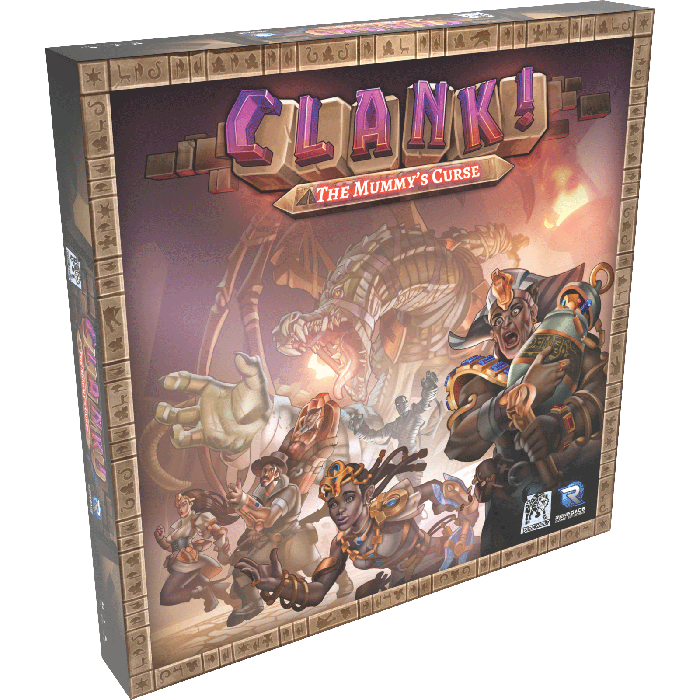 Untold riches await you inside the pyramids of the Ancients – but they are well protected. An undying Mummy guardian spreads a vile curse to those who would rob its tomb. And, inevitably, the treasure has attracted a dragon. Can you escape the fearsome Croxobek?

Clank! A Deck-Building Adventure has been extremely successful since its premiere at Gen Con in 2016. Designed by and co-published with Dire Wolf Digital, Clank! expanded in March 2017 with Clank! Sunken Treasures. Now Clank! The Mummy’s Curse further expands the fun, adding a wandering mummy to avoid, and new artifacts to acquire in the depths of the pyramid!

“With the incredible success of the whole Clank! line, we know that fans are anxious for even more adventure,” states Scott Gaeta, President of Renegade Game Studios. “The Mummy’s Curse ramps up the suspense as players try to avoid being cursed by the wandering monster. We can’t wait to share this with Clank! fans everywhere!”

“Clank! was Dire Wolf’s first foray into the world of tabletop games, and it’s been an amazing adventure,” says Scott Martins, President of Dire Wolf Digital. “We’ve robbed a dragon’s lair, dived deep underwater to recover shipwrecked riches, and even plundered an alien starship. Not a bad first year! Now, with The Mummy’s Curse, we’re embarking on a new adventure full of ancient treasures, deadly curses, and fearsome guardians. It’s a lot of fun, and we can’t wait to get it in front of players.”

Clank! The Mummy’s Curse will be available this Spring at friendly local game stores everywhere. This expansion to Clank! A Deck-Building Adventure is ideal for 2-4 adventurers that are at least 12 years old. We expect that it will take most treasure hunters about 30-60 minutes to escape, if they are quick, quiet, and lucky!