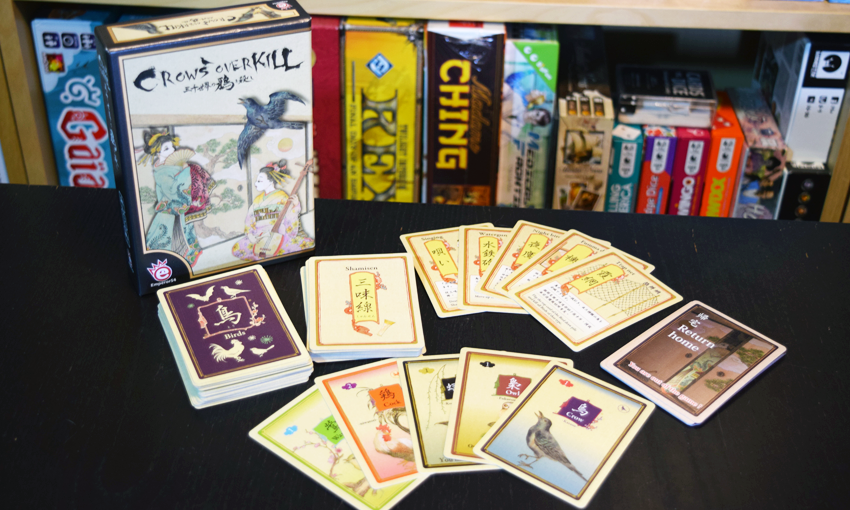 Crows Overkill is a bit of an oddity, from a thematic perspective.  Underneath the hood, though, is a tight, fast, and often brutal player elimination game that doesn't overstay its welcome one bit.

Look, I know you can kill two birds with one stone.  But how many do you think I can take out if I chuck a Shamisen at them?

Andrew: You know, really get my weight behind it and wing it as hard as I can at ’em.  How many, do you think? 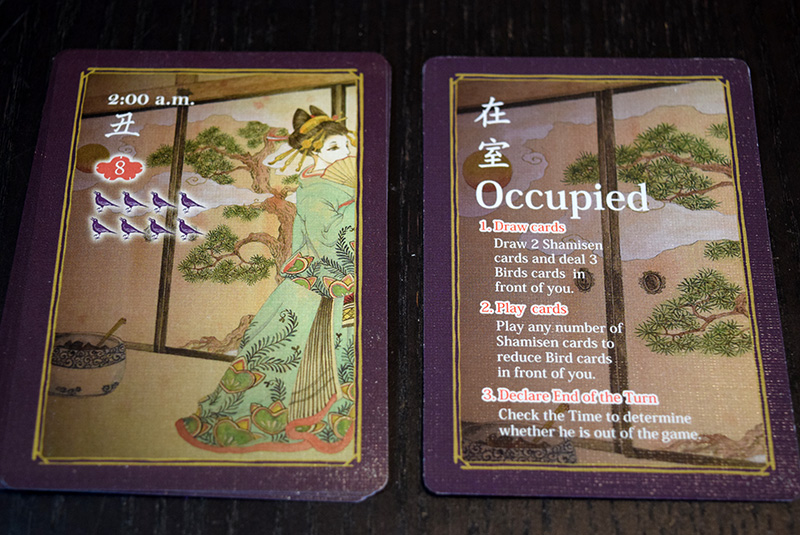 “I’d kill all the crows in the world to sleep with you in the morning” goes an old song, with the singer lamenting the coming of the dawn which will see them separated from their lover.  Crows Overkill takes this wistful sentiment and translates it with shocking literalism into a take-that filler game about chasing off or killing birds so that you can extend your stay in the brothel.

In Crows Overkill, each player seeks to fend off an ever-increasing flock of birds which gather outside.  Using nets and music and whatever else they can chuck out the window, the goal is for players to stay in the game as long as possible, for when a sufficient number of birds gathers, they start singing, and as we all know, that means you have to go home.  Last player still in the game wins.

So, let’s get one thing straight – Crows Overkill’s going to be a game which some folks will find a bit polarizing.  From the premise to the theme to the mechanics, the truth is that this fast-playing filler might not be for everyone.  Make no mistake, none of it troubled us in the slightest, but some people are going to look at a game about killing birds to extend one’s stay at a brothel in the red light district and they’re going to shake their heads and say ‘not for me’.

Andrew: And there’s nothing wrong with that, of course.  Not every game is going to be for every person.

Jess: Heck, for me, the hurdle wasn’t the oddball theme, it was the mechanics – I generally don’t love take-that style games, and player elimination feels like a pretty outmoded game mechanism.

Jess: No, I thought it was actually pretty fun, all things considered.  It’s lightning quick, so the elimination thing doesn’t sting at all.

Andrew: I agree.  What I liked about it was how everyone was basically always just a little behind where they needed to be.  Birds stack up fast and you can easily find yourself overrun, so there’s this juggling feel to the game, with each player just barely trying to keep ahead of the flock, until they just can’t anymore and it’s all squawking and tears.

That feeling, of never quite being in control, only amplifies when other players start dumping their birds all over you, giving Crows Overkill the potential for some really nasty take-that gameplay.  But given its short playtime, it hardly feels awful – too many birds will knock you out, but the game will be over in 10-15 minutes. 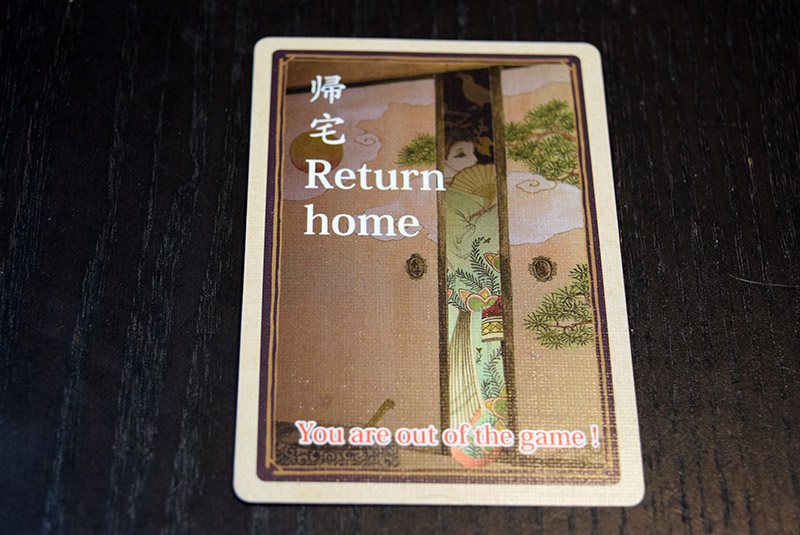 Andrew: Though it wasn’t really for me, I think Crows Overkill will be a great filler for folks who like a tight take-that game.

Jess: For sure.  It’s got little strategic depth, though; you’re more likely to feel lucky than skillful as you try to keep your plates spinning, hoping your opponents get overwhelmed faster than you do.  I didn’t mind it, but it’s not going to keep me entertained for long.

Andrew: And, of course, some folks just won’t like the idea of killing birds.  There’s nothing graphic about the cards in any way (in fact, I think the art is quite attractive), but it’ll put some people off.

On the whole, Crows Overkill is a perfectly playable little filler.  If you’re looking for a tight game with teeth, nice art, and a quirky theme, then this one might fit the bill perfectly.

Andrew: DON’T WITH THE BIRD PUNS WE ALMOST MADE IT!

You can order Crows Overkill here, along with other unique games from Taiwan Boardgame Design!