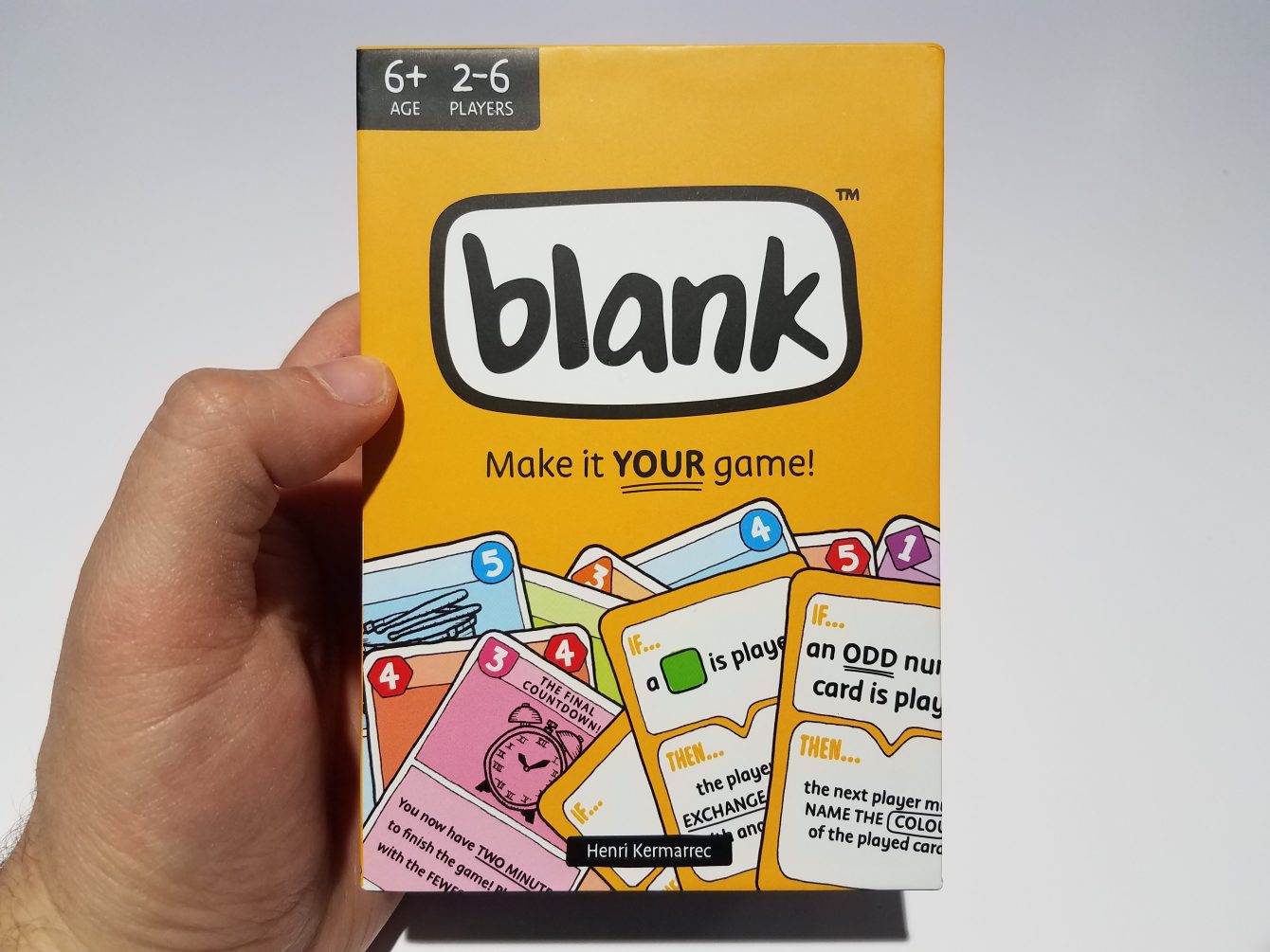 Out of the box, Blank presents more of a framework for creating a unique game experience than an actual, engaging game.  But once you start customizing your set, Blank becomes whatever sort of game you want it to be.

Blank is, simply put, as fun as you make it.  As with the rest of The Creativity Hub’s catalog, Blank  is designed to take advantage of the creativity and individuality of its players to elevate the experience of its gameplay.  However unlike Untold (and the limitless sets of Rory’s Story Cubes which power that game), Blank  has no storytelling component and is most decidedly a ‘game’ rather than an exercise in creativity. 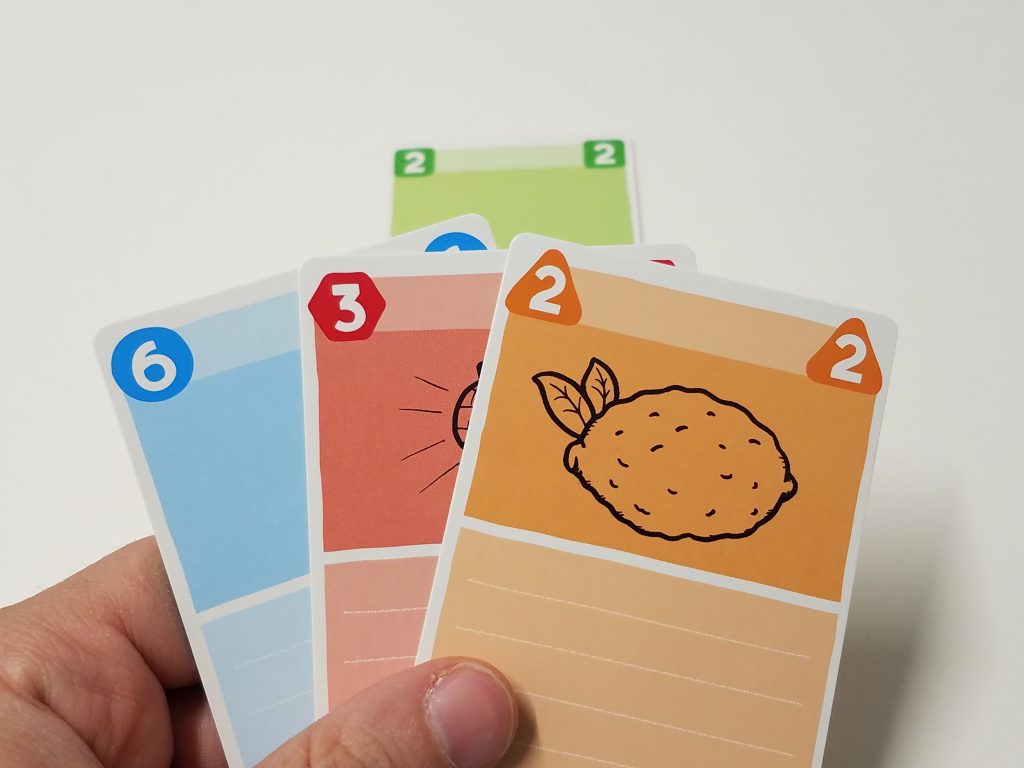 At the risk of using language which will undercut your estimation of Blank before I even explain what makes it unique, Blank’s mechanical core is essentially Uno (horrified gasps from the crowd): Each player has a hand of cards which they are looking to discard faster than the other players.  To discard a card, it must match either the number or the color of the top card of the discard pile and if they can’t, they draw a card instead.  First player to empty their hand is the winner.

Andrew:  So far, so good, right?  Wait, wait, don’t leave yet!  We haven’t even gotten to the good part!

Now, there are two things that make Blank more interesting that that game which we shall not name again, and then a third thing which elevates it well above that (admittedly somewhat low) goalpost.

The first wrinkle in the tried-and-true shedding game formula are the Rules cards.  At the beginning of the game, three random Rules will be drawn and applied.  These will affect how the entire game goes, adding little mechanical complexities like certain colors triggering extra turns, or penalties for playing certain numbers, or even meta-rules like taking a penalty for saying another player’s name, etc.  These little changes add some variety to the otherwise-simple gameplay, and since they are randomly drawn at the beginning of the game, they make it so that different plays feel unique.

The point of interest is on the game cards themselves.  Some of them put extra rules in place as they are played; however, unlike the Rules cards, the effects of Game cards are immediate and may not be even vaguely related to the mechanics of the game.

And here’s where we come to the most interesting part of Blank – the titular nature of the majority of the cards.  See, as you may have already guessed, Blank is really more of a framework for a game, rather than a complete thought in and of itself.  While it’s certainly playable out of the box, the whole point of Blank is for you and your friends to customize your copy of the game.  The majority of cards in the box are, appropriately, blank, and are absolutely intended for you to write on them with your own ideas for Rules and Game effects.

Andrew:  The game instructions include guidelines for how to create these cards, but honestly, the limits are really only what you can come up with.  Each card you customize makes the game uniquely yours.

Blank is a simple, light, family-level filler, and where its charm really lies is in your ability to make your copy your own.  By adding a bunch of new rules and game cards rife with in-jokes and personal references, you’ll create an experience that your group (or family, etc.) will get a kick out of well beyond its simple core mechanics.

Since it’s yours to customize, you can take it in whatever direction you want. Feel like adding physical challenges?  Sure, go ahead!  Want to make players get you a snack from the kitchen whenever you play a green 5?  That’s your call.  Blank can be a devilishly difficult take-that game, a hilariously clever party game, or whatever else you want it to be, and we think that’s awesome!

Of course, as we said at the top, Blank is as fun as you make it.  Without these customizations, it’s a simple, somewhat boring game.  But you get out of it what you put into it, and we think that Blank is a great addition to any family/filler library for anyone who will creatively engage it.