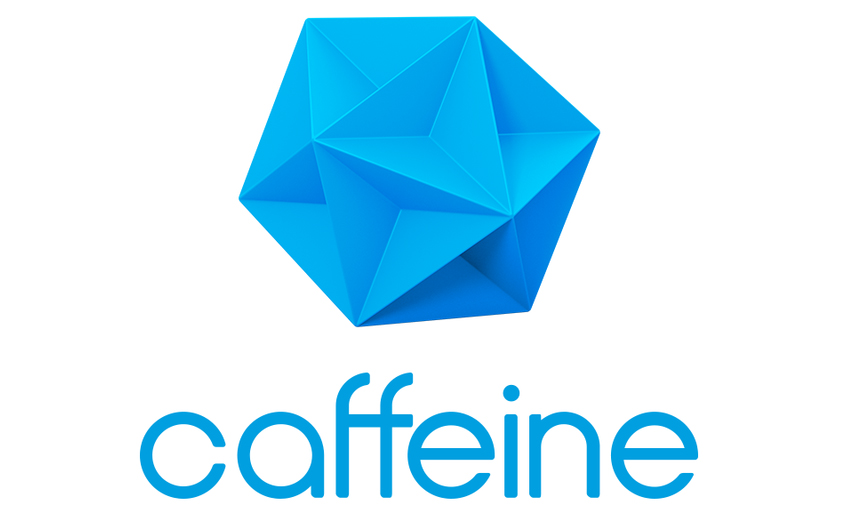 Jess: There is a new live-streaming service coming out soon called Caffeine. The social broadcasting platform is geared towards gamers and looks to make streaming content friendlier and easier; requiring no third-party software or plug-ins. Tabletop gamers and video gamers alike are welcome to check out the platform and tools, currently in“pre-release”, available at caffeine.tv on the web and via the Caffeine.tv iOS app.

Caffeine was co-founded by two former Apple executives, Ben Keighran (Product Design Lead for Apple TV) and Sam Roberts (Senior User Experience Designer) and funded online for a total of $46M. According to Caffeine : Keighran is a successful internet entrepreneur and the former co-founder of Chomp, a search startup that was acquired by Apple in 2012. Keighran and Roberts brought on former Valve and Oculus executive, Anna Sweet, to head up Caffeine’s business, content and strategy efforts. Ben Horowitz from Andreessen Horowitz and John Lilly from Greylock Partners are on the board of directors.

“We’re incredibly excited to be sharing more details on the pre-release version of Caffeine,” said Ben Keighran, CEO of Caffeine. “I left Apple to create a company that would fundamentally change the way we create, consume, share, and monetize live content. Our goal was to re-imagine every aspect of live broadcasting — ignoring the good things we could do and focusing on the really great things instead. We are committed to building the best experience for creators, giving them everything they need, from the broadcasting software all the way through to how the audience discovers and enjoys their content. We have put together a world-class engineering and content team that will transform the way the world thinks about live broadcasting.” 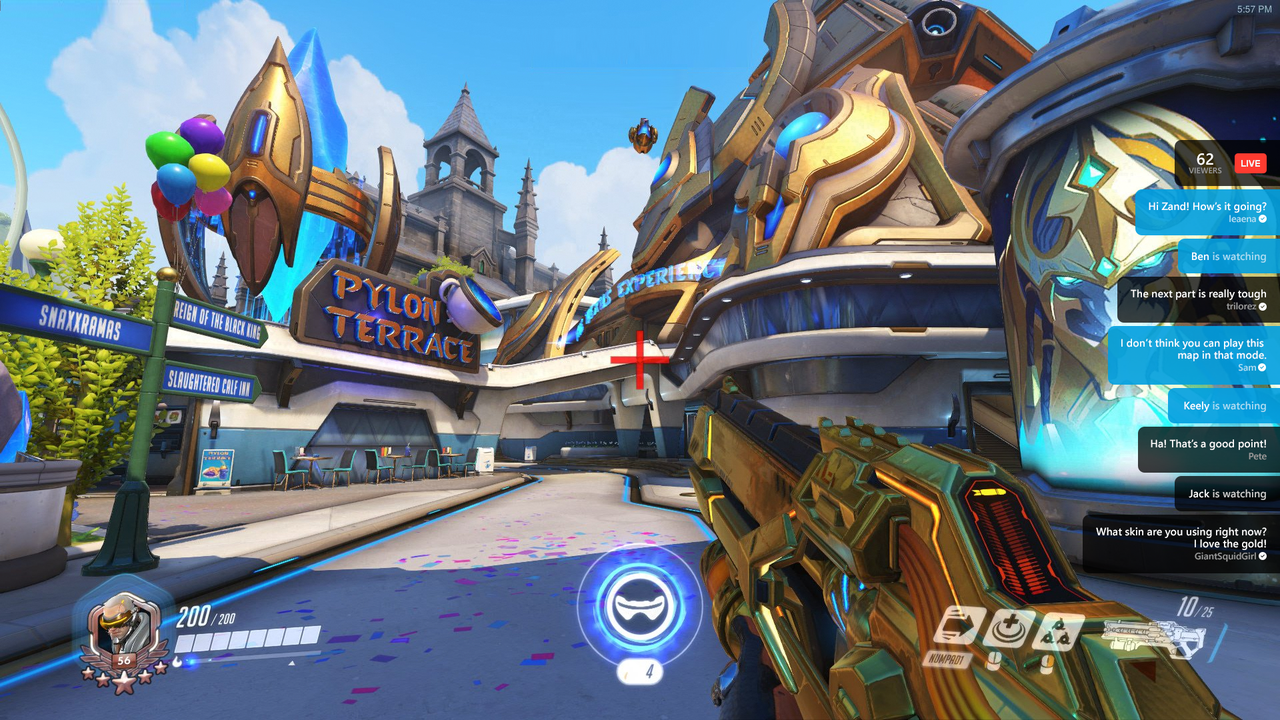 “Caffeine is masterfully designed to enable creators in all fields to connect with their audiences in the best way possible,” said Ben Horowitz, co-founder and general partner, Andreessen Horowitz. “I am extremely excited to be working on this new future with Ben and team.” 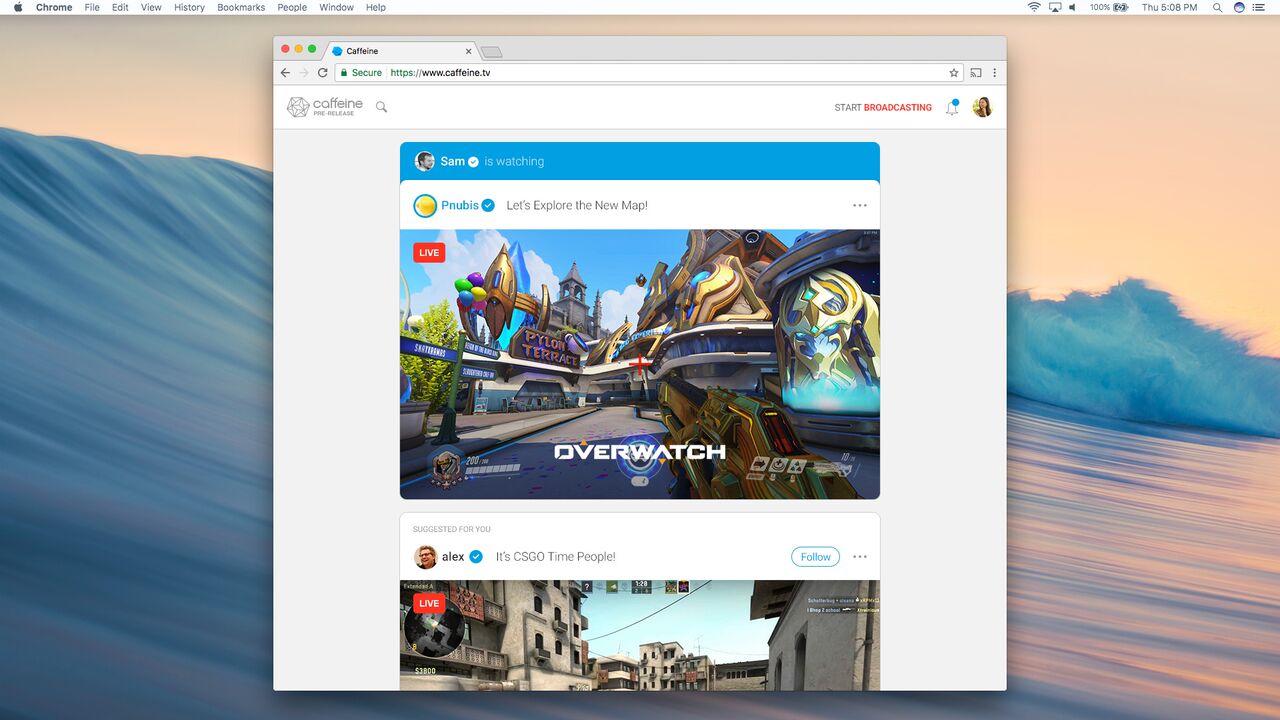 “Caffeine has built a beautifully designed experience for publishers, streamers and viewers alike, with an architecture that supports more natural social interactions within groups. Ben and Sam are exactly the kind of founders I love to back; they are entrepreneurial, seasoned, and design driven. I am thrilled to be in a part of their team,” said John Lilly, partner at Greylock Partners and Board member at Caffeine. 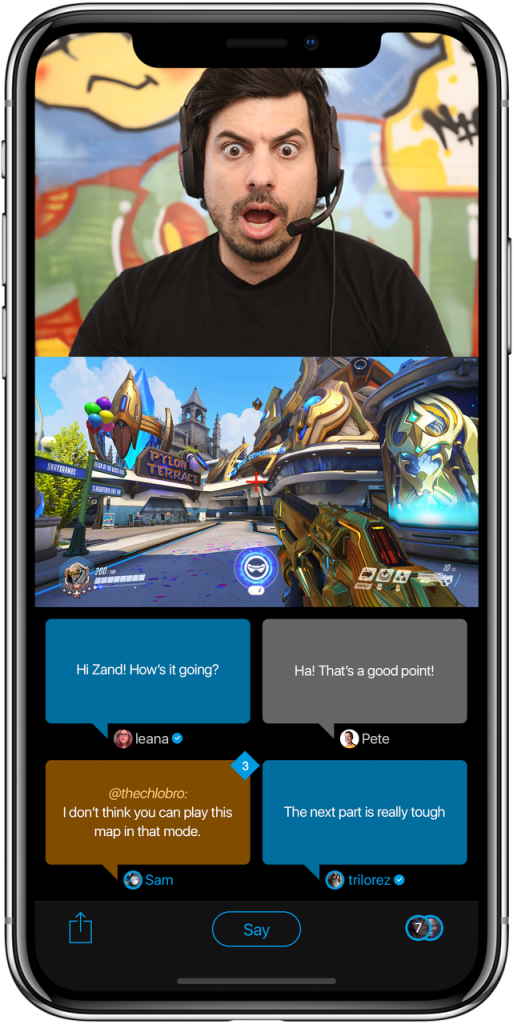 Straightforward to use, Caffeine makes broadcasting 1-click easy and requires no additional software. Caffeine has been designed with simplicity, safety, and quality at its core and offers three ways to broadcast: PC game broadcast software, webcam from a Mac or PC browser, and the Caffeine iOS app. There is no need to configure bitrates, stream keys, IP addresses, or other time-consuming details.

“The PC game streaming app provides in-game overlays which creates a single screen experience for interacting with audiences and because video is in real-time all the interactions are natural and as though you are in the same room. We created built-in tools that allow broadcasters to instantly share their show on Facebook and Twitter, which allows broadcasters to quickly reach existing audiences with new content and build their Caffeine community even faster,” said Keighran.

A Safe and Friendly Community

Caffeine is a social broadcasting platform, meaning that people, not content, are at the center of the experience. Users find content because of the people they follow in their social circles, and come together to experience that content. That means, there are no endless feeds of meaningless comments — personal conversations with friends and creators are given preference, enabling more meaningful social engagements while disposing of toxic chatter. And because the proprietary infrastructure delivers content and conversations with virtually no latency, the interactions happen in real time.

With Caffeine, creators can build more personal, meaningful relationships with their followers. Stronger relationships mean deeper engagement with their content, and ultimately, better ways to monetize that content. A re-imagined, easy to use monetization system will be coming to the platform in early 2018.

“While Caffeine launched its pre-release with gaming at its core, we are already seeing other forms of entertainment on the platform, such as live podcasts and talk shows” added Keighran. “Our pre-release build is just the beginning. We look forward to officially launching Caffeine in the first half of 2018, and rolling out new features, including a whole new monetization system that makes it easier than ever for creators to make money. Caffeine is creating the future of broadcasting,” said Keighran.

Jess: I’m really curious to see if tabletop gamers adopt this new platform. Twitch and Youtube have cornered the market on live-streaming right now, but Caffeine gives us a new option.

What do you think? What would you like to see live-streamed on Caffeine? Let us know in the comments below!