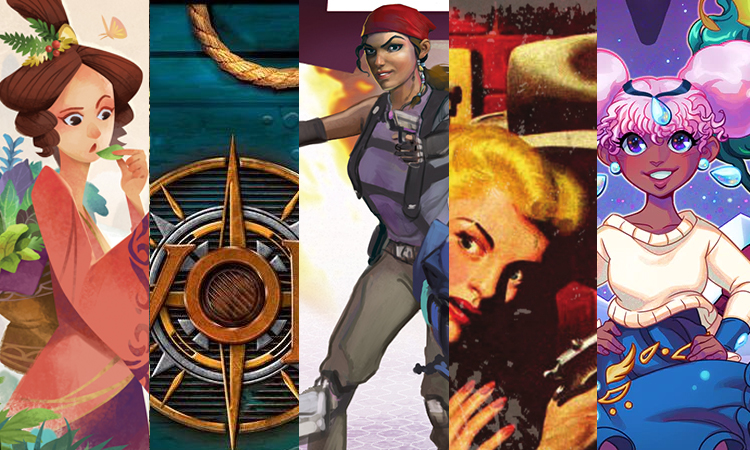 Jess: It wouldn’t be Friday without a perusal of the latest games on Kickstarter! Let’s see what caught my eye this week:

The world is in danger from an epidemic and Chinese herbalists are racing to find a cure! Each game 2 cards are randomly selected from the deck and put aside face down. These act as the missing ingredients for the cure that the players are trying to figure out. To get more information about the missing cards, players will need to share what they know by choosing combinations and taking actions to exchange hidden information. You don’t want to reveal too much to your opponent though as whoever solves the cure first wins the game. 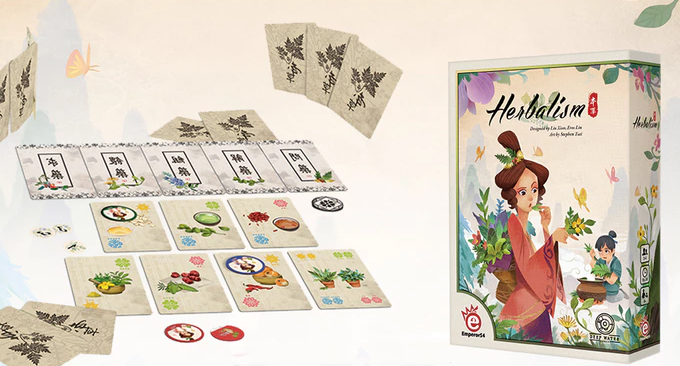 Herbalism is a gorgeous game and is one of the Deepwater Games’ “Founder’s Pack” which you can get through the Kickstarter. The pack includes Shadows in Kyoto, Hanzi, and Crows Overkill (which we just reviewed).

Check out Herbalism on Kickstarter today!

Endeavor: Age of Sail is a strategy game where you will build your sailing empire. The game runs for 7 rounds within which you’ll be trying to score as much glory as you can. Glory comes from improving your attributes (Industry, Culture, Wealth, and Influence), occupying cities and creating links between them, gaining cards with glory symbols, and scoring exploits. The player with the most glory at the end of the game wins! 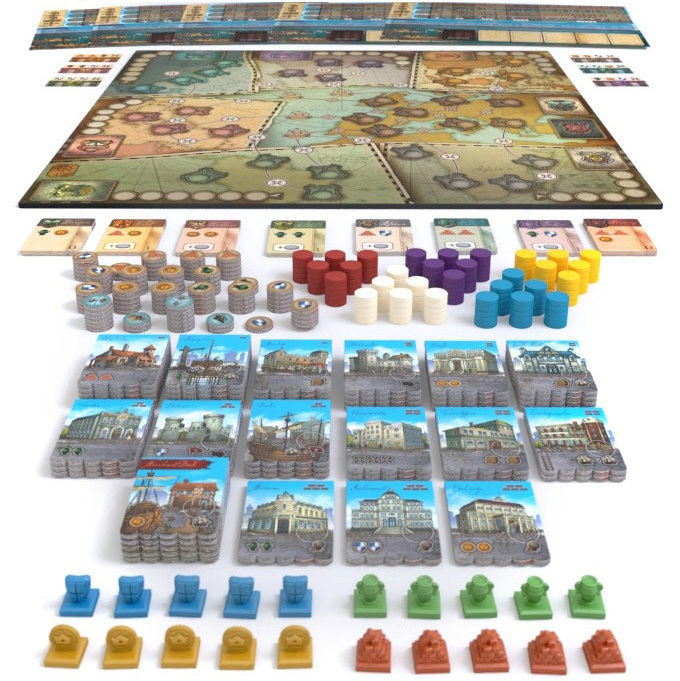 This campaign is for an updated version of the classic game by Jarratt Gray and Carl de Visser. The new version will have double sided boards to accommodate different player counts, new art, official 2 player rules, a new starting structure, and a new gameplay mechanic called exploits that give you actions and scoring mechanisms when certain regions are unlocked in game.

If you are a fan of the original edition or enjoy a seafaring area control/set collection game, then check out Endeavor: Age of Sail on Kickstarter here!

3. Agents of Mayhem: Pride of Babylon

Fan of the video game Agents of Mayhem? Well it’s time to get excited then! Academy Games is Kickstarting a strategy board game packed with exciting storyline and explosions. You can play as either a rambunctious team of Mayhem agents or the villainous Legion.

The game is played on a modular 3D map of fully destructible buildings and boasts some nice looking miniatures based on characters from the video game. After each game you’ll be able to upgrade and unlock abilities for your characters and decisions you make in one game will affect the next. I’m excited to see more and more games based on IPs working harder to create interesting games rather than just relying on the name to sell it.

Take a look at Agents of Mayhem: Pride of Babylon on Kickstarter here!

Todd Sanders has created a 1–2 player game where you are detectives with only 24 hours to solve a mystery. You’ll use stamina and items to roll dice to complete storylines that will advance the investigation. 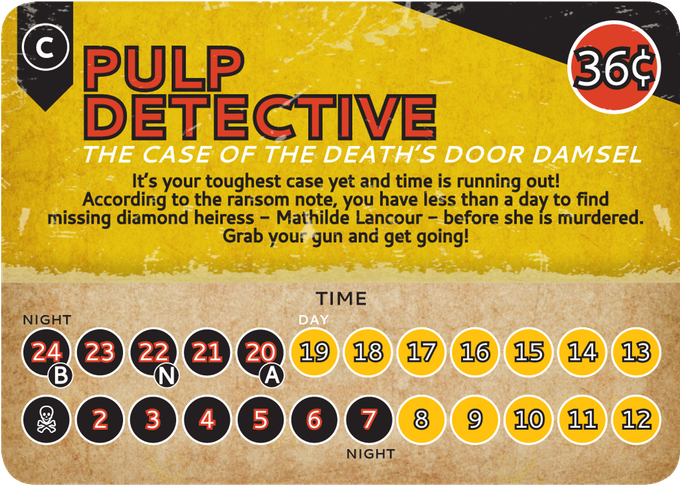 To keep the pressure on, every round you lose an hour on your case card. Fail to find the 4 clues you need to solve the case before your time is up and you lose. The game sounds like a challenging and tense experience. If you are curious about it you can also check out a virtual version of the game on Tabletopia here.

Spell: The RPG is a unique take on roleplaying games. Like many games, players have character sheets and dice, but where it gets interesting is the addition of letter tiles. In the game you can cast spells by actually spelling out a word that embodies what you want the spell to do. 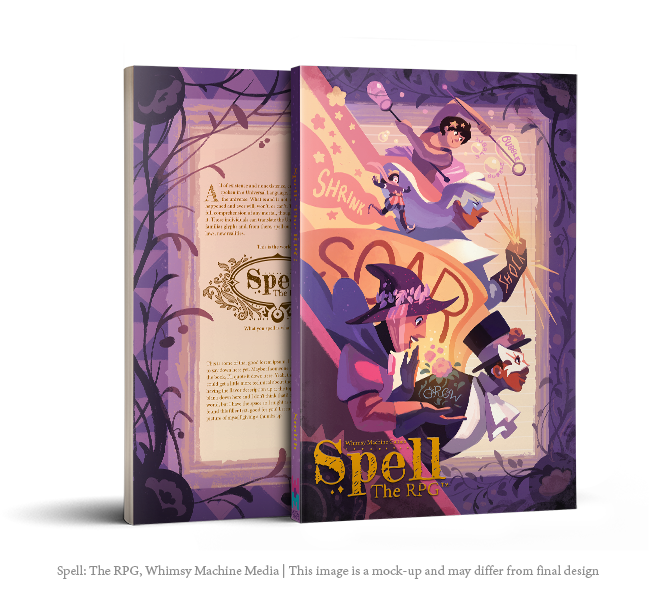 Taylor Smith, creator of Spell: The RPG is running this campaign to not only produce copies of the core books, but is also creating 100 collectors editions which include  a perfect bound copy of the 48pg Spell: The RPG rulebook, 88pg perfect bound Spellbook Vol. 1, a set of 108 wooden letter tiles for playing the game, 12 wooden six-sided dice, and a cloth drawstring bag.

I’m fascinated by the idea of the game, although I wonder if I would get caught up in thinking more about spelling than the story, but it’s definitely the first time I’ve seen a game like this.

Check out Spell: The RPG on Kickstarter here!

Which Kickstarters do you think deserve some attention? Let us know in the comments below!