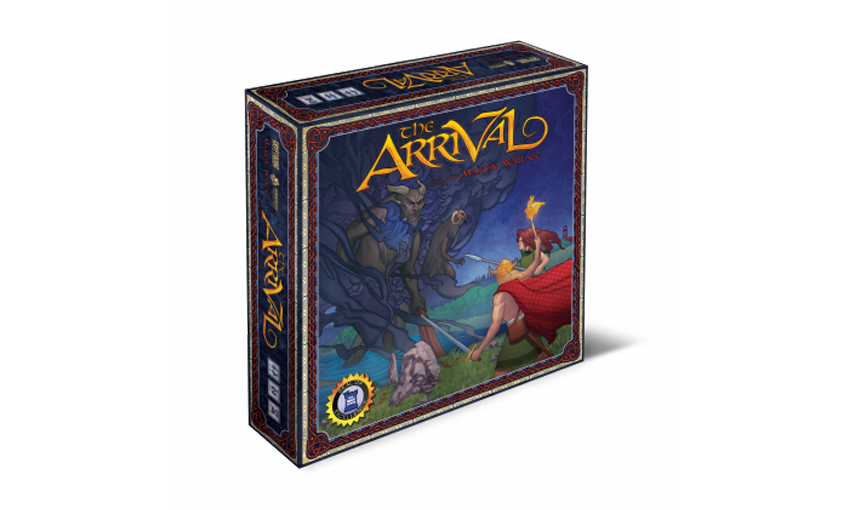 Cryptozoic Entertainment, leading creator of board games, trading cards, and collectibles, in partnership with Game’s Up: Board Game Heroes, today announced the February 21 release of The Arrival.

Created by famed designer Martin Wallace, the strategy board game puts 2-4 players in the roles of Tribe Leaders as they vie with each other and the demon-like Fomori for control of ancient Ireland. The unique gameplay includes two different victory conditions as determined by whether the Tribe Leaders or the Fomori control more of the map at the end of play. Cryptozoic’s wide release of the acclaimed game, previously released in limited quantities at the Essen Game Fair in 2016, upgrades the art, improves various components, and adds a new Advanced Game variant.

“I would like to thank Cryptozoic for supporting this game and bringing it to a wider audience,” said Martin Wallace, designer of The Arrival. “I’m very much looking forward to seeing the final product on gaming tables everywhere.” 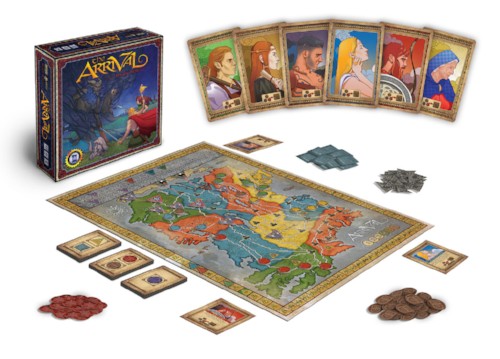 “Martin Wallace is one of our favorite designers at Cryptozoic, so we frequently play his games during our game nights,” commented Dekan Wheeler, Product Manager of Games at Cryptozoic. “When we saw the earlier version of The Arrival, we knew it was one of his best games yet. The innovative double score track and earning system are simply amazing gameplay ideas that we are thrilled to bring to a wider audience with beautiful updated art.”

Cryptozoic’s version adds brighter, more stylish art from Kamila Szutenberg that takes it inspiration from the game’s Irish fantasy premise. In addition, this release of the game makes adjustments to the board (including the placement of the Corruption and Round Tracks) and other components in order to improve the flow of play.

In The Arrival, each round is comprised of two phases of play. During the Earning Phase, each player decides which row of earnings to acquire across all four of his or her cards, even though the player is not able to see all of them. If players try to earn more Resources to help spread their Tribes, they also gain undesirable Corruption Points and Fomori in the process. In contrast, if players aim to acquire Honor Points, they also gain fewer Resources and therefore risk losing ground to the other Tribes and the Fomori. During the Action Phase, players can Build or Shield fortifications, Repel or Spread the Fomori, and more. Strategy is key as the winner is either the one with the highest Honor or lowest Corruption, depending on whether the Tribes or the Fomori control more locations at the conclusion of play.

Cryptozoic’s release of the game adds an Advanced Game variant that gives each player’s Tribe Leader a special ability, such as gaining extra actions, not paying the costs of some actions, or having extra-strong fortifications.

The Arrival will be available at retailers nationwide February 21 for a suggested retail price of $40.