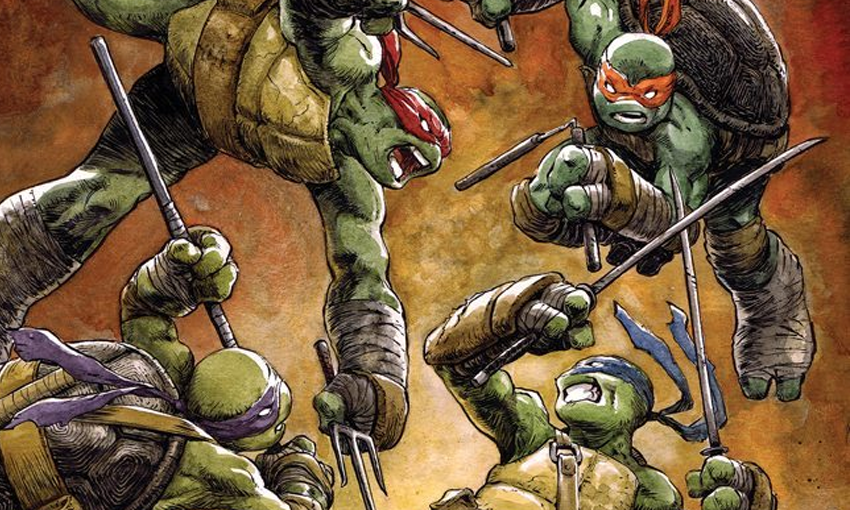 In the game you can play as the Turtles and their friends, fighting monsters and grabbing treasure. This exciting, new version of Munchkin will feature art from Teenage Mutant Ninja Turtles co-creator, Kevin Eastman, along with artist Tadd Galusha, and combine gameplay developed by designer Jon Cohn with the classic format of Steve Jackson’s Munchkin. 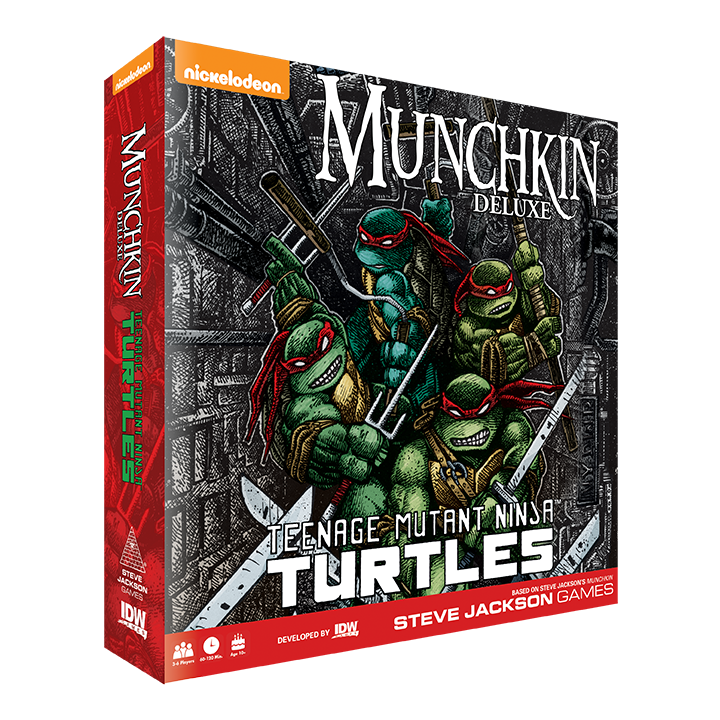 The card game will launched on Kickstarter at 11am PST on March 7th and be available in standard, deluxe, and deluxe ultimate formats. The Deluxe Edition and a Deluxe Ultimate Edition will only be available through the Kickstarter campaign and will feature character standees and a fully illustrated mounted Level tracker.  The Deluxe Ultimate Edition will have variant, retro-style art harking back to the original Teenage Mutant Ninja Turtles comics.

Jerry Bennington, Vice President of New Product Development for IDW Publishing, said, “We are excited to team up with Steve Jackson Games and Kevin Eastman for this incredible project. The Turtles are a perfect fit for the engaging world of Munchkin.” 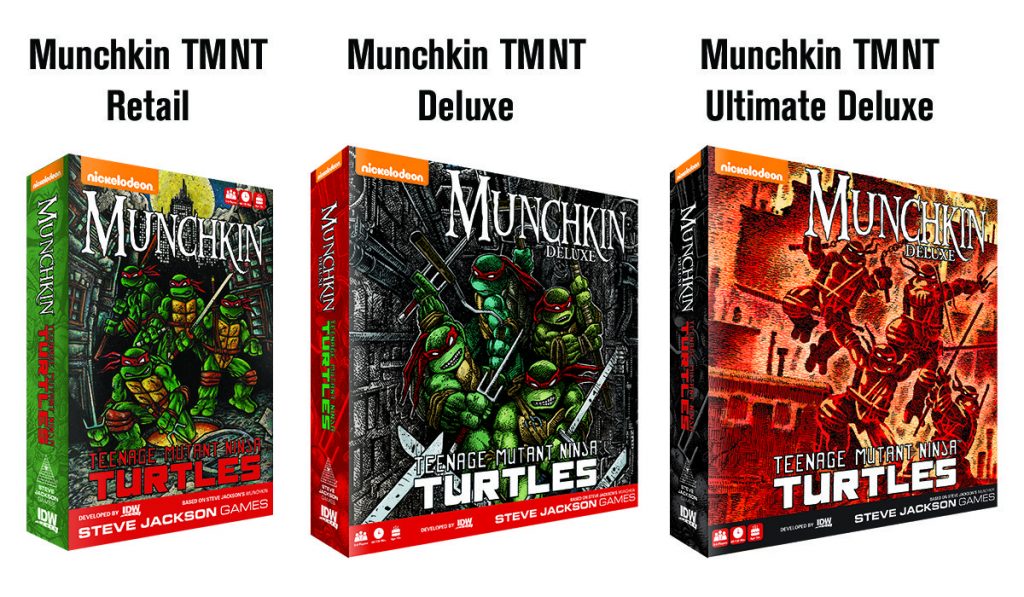 Munchkin “Czar” and Line Editor Andrew Hackard stated, “Millions of kids in my generation grew up with the Turtles. I can’t tell you how thrilled we are to be working with IDW on this new game. Cowabunga!”

Munchkin Teenage Mutant Ninja Turtles will be launching March 7th on Kickstarter with a $29.95 SRP for the Deluxe Editions. The standard edition will carry a $24.95 SRP and all editions are scheduled be available in June 2018.