Button Men is a strategy dice game about beating people up. Originally released in 1999, Button Men garnered awards, accolades, and a fervent fan base. At one time, Button Men had over 300 licensed characters! Now, this fan favorite is back in a brand-new format, featuring 48 all-new characters from four warring criminal factions. Over 30 high-quality Koplow dice are included in the game. Button Men will be appearing in friendly local game stores worldwide throughout the month of February.

To celebrate Button Men’s release, Cheapass Games is giving away copies of Button Men via the Button Men #CriminalMatchmaker quiz! Take the quiz and share your results by February 27th to enter. 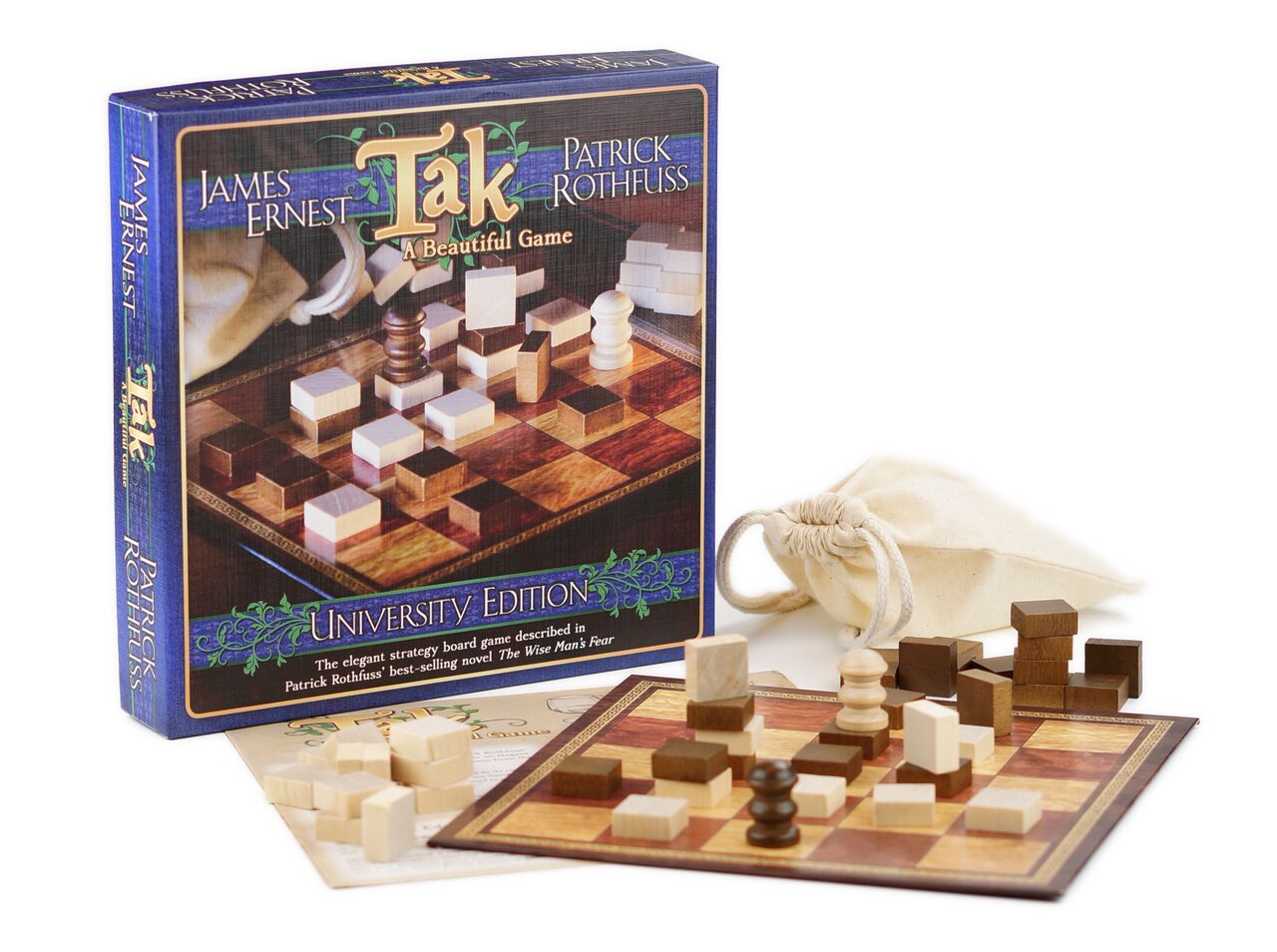 Releasing later in February is the University Edition of Tak. Originally introduced by Patrick Rothfuss in best-selling novel The Wise Man’s Fear, Tak was brought to life in a larger previous edition released in 2017. The University Edition of Tak features a smaller set of pieces as well as an oft-requested cloth bag, making Tak portable and compact, and retails for $40.

Those interested in learning more about Button Men and Tak may visit buttonmen.com and cheapass.com/tak-university-edition respectively.

You can also check out our preview of the original Tak kickstarter below!