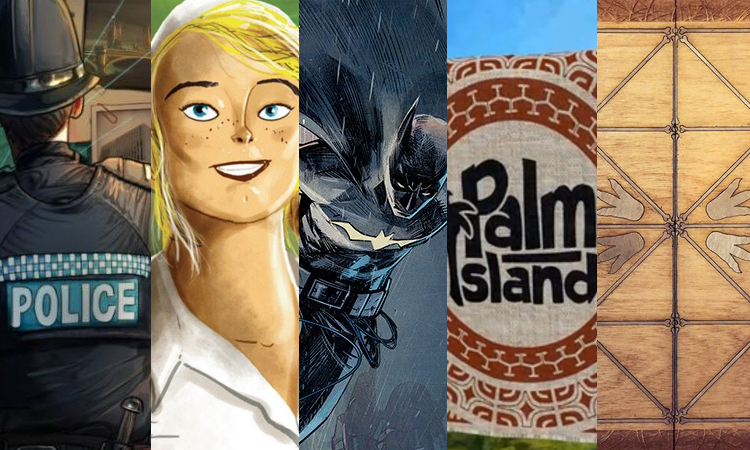 It’s pouring in NY, but that won’t stop me from enjoying a nice perusal of the latest Kickstarters. What is keeping me occupied on this dreary day? The knowledge that Voltron season 5 is coming out today and these 5 kickstarters! It’s all about fives today!

I had a lot of fun playing Chronicles of Crime and just as much fun filming the review. I’m just going to post the video because it says pretty much everything.

One note: Lucky Duck has heard our concerns and are going to the writers to smooth out the cultural differences for US audiences. Lucky Duck is really responsive to feedback and I have faith they will do an awesome job with the game. Investigate Chronicles of Crime on Kickstarter here!

4X games (eXplore, eXpand, eXploit, eXterminate) are not always my favorite because I’m not big on undoing other people’s hard work. That said, there are plenty of games that make it fun regardless. NSKN has created a 4X game that uses dice to guide your actions (putting some of the stress of deciding to attack on the shoulders of chaos). Add in some cute minis and art from Mihajlo Dimitrievski, and you can consider my interest piqued! 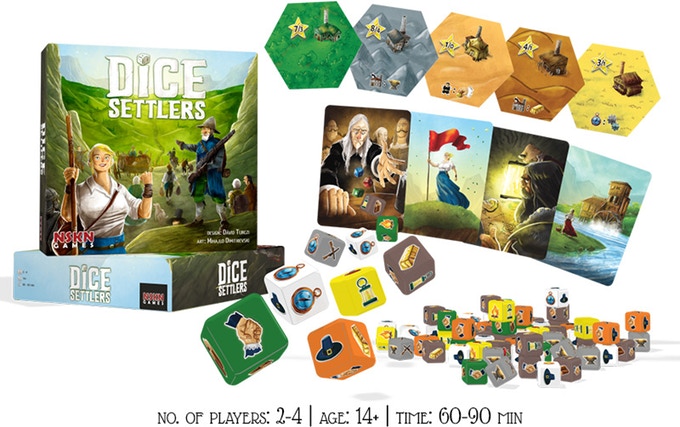 Hex tiles make up the board and players will vie for control over those tiles by rolling randomly-drawn dice to perform actions: Explore, Research, Settle, Hire, Trade, Raid, and Harvest. I think this is a 4X game I could get into.  If you are curious about Dice Settlers, take a look at the campaign here on Kickstarter.

When i first looked at this campaign I was like “OOOH Batman!” Then I spent the next minute or two trying to find any explanation of what the game actually is. Buried near the bottom of the page is an overview. It’s not how I’d handle showing off a game, but that is just a sidenote.

Batman™: Gotham City Chronicles is a scenario-based miniatures board game. You and your friends will control characters from the comics in an asymmetrical, 1 vs many system. 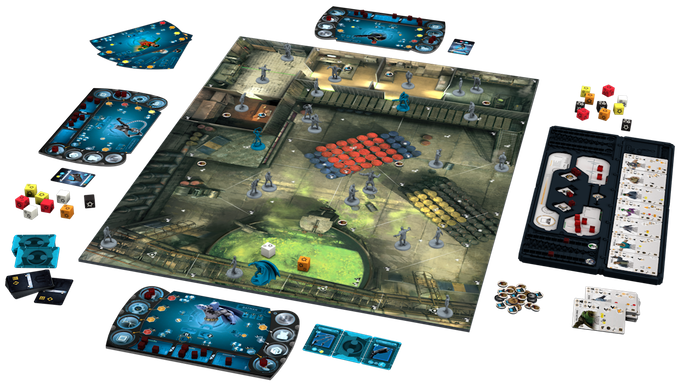 1 player will take on the role of the villain and battle against the rest of the players (the heroes), as everyone tries to achieve their victory condition. The game comes with a ton of minis, character boards that look like something straight out of the Batcave, and a molded plastic dashboard for the villains to aid with tracking their turns. Apparently everything in this campaign will be exclusive to Kickstarter, so this is the only way you’ll be able to get this version of the game. Swoop on in and learn more about Batman™: Gotham City Chronicles on Kickstarter here!

I like games you can toss in your pocket and play anywhere and, with just 17 cards to the game, Palm Island is certainly portable!

Over 8 rounds you will try to complete objectives by taking actions. The orientation of the cards will change depending on if you are upgrading a card or using it as resources. It looks like a nice simple design that could easily be fun while travelling or waiting on a long line. Take a look at Palm Island here on Kickstarter.

There is something stark about the silence of the video forTrap-A-Rex. I sat riveted watching the creator assemble the wooden box that would become his game.

Designed, by the NY couple behind Tinysaur tiny skeleton kits,  Trap-A-Rex  was part of the Kickstarter’s January Make 100 event and is an asymmetric strategy game where Triceratops are trying to surround Tyrannosaurs without getting eaten. 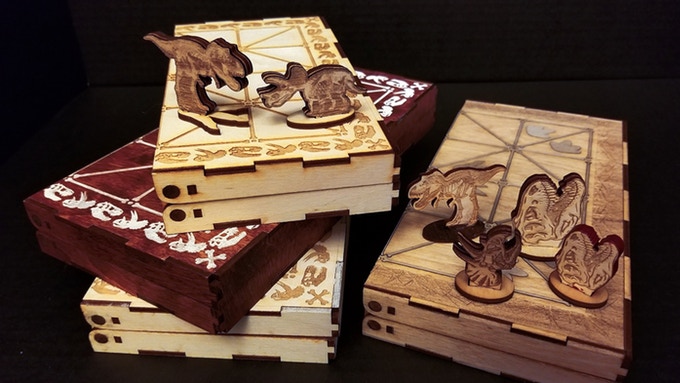 I don’t know the game it is based off of (Bagh Chal), so I can’t guess at how fun it would be, but this is definitely a unique, hand-made game that will have your players talking about the ingenuity of the design. Check out Trap-A-Rex on Kickstarter here.