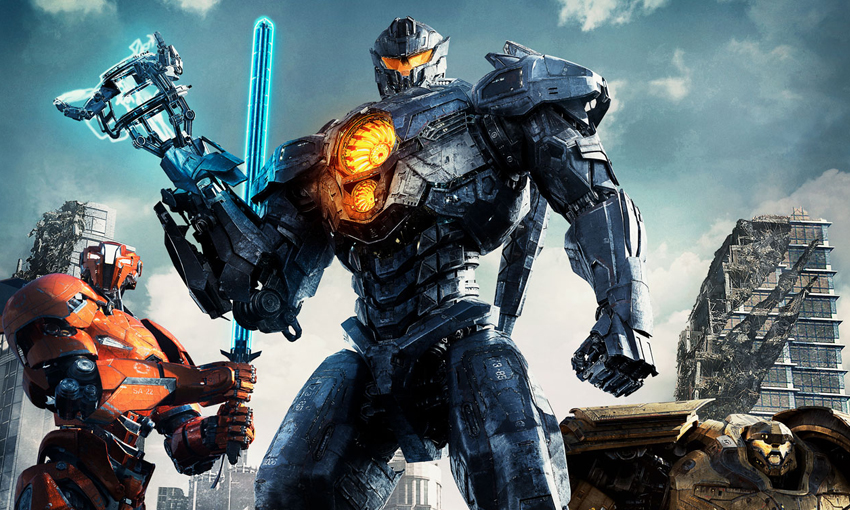 Jess: I really enjoyed Guillermo del Toro’s giant robots vs giant monsters film, Pacific Rim. It was an absolute spectacle that brought me back to the old Godzilla days and now River Horse (EU) Ltd. has announced that they are partnering with Legendary Entertainment to pack the Jaeger vs. Kaiju world into a miniatures-based board game!

Inspired by the upcoming film, Pacific Rim Uprising (in theatres on March 23rd), Pacific Rim: Extinction is a scenario driven, strategy game. The board game will come with huge, detailed and painted 75mm scale miniatures or the iconic Jaegers and Kaiju from the film. 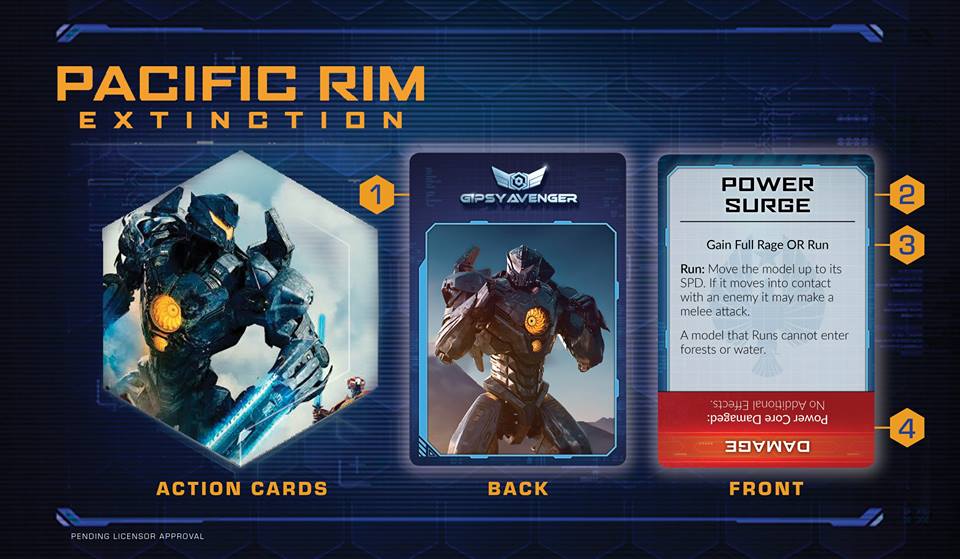 According to River Horse:

In Pacific Rim: Extinction, two or more players will be able to jump right into the action playing either a PPDC Jaeger or a monstrous Kaiju, in a quick play match of intense combat, or a more constructed battle with both Jaegers and Kaiju using all of their skills and abilities to achieve a challenging objective.

Each miniature has a set of 6 different Action Cards, with four main features which are labelled in the image above:
1) The identification, showing which model the card belongs to.
2) The title of the card, the name of the weapon or ability.
3) The action(s) you can choose to perform that turn.
4) The ‘Damage’, the effect of which varies from card to card. This represents different parts of a Jaeger or Kaiju being hit and damaged.