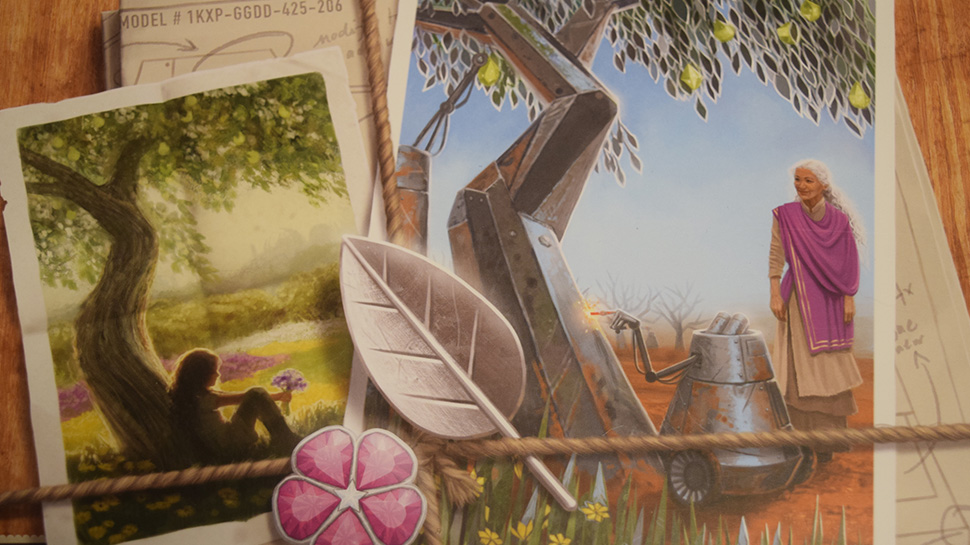 I have to say, I was immediately taken with the premise of The Last Garden.  The idea that the last human has asked her faithful robotic companions to build her a garden as her final request, is an oddly somber, beautiful image that absolutely peaked my interest.  With Beth Sobel’s phenomenal art attached to the project, I was entirely prepared to be transported to this post-apocalyptic garden and to have my heart-strings plucked at the graceful, beautiful twilight of our last Queen.

Jess:  You weren’t ready for the gambling robots, were you. 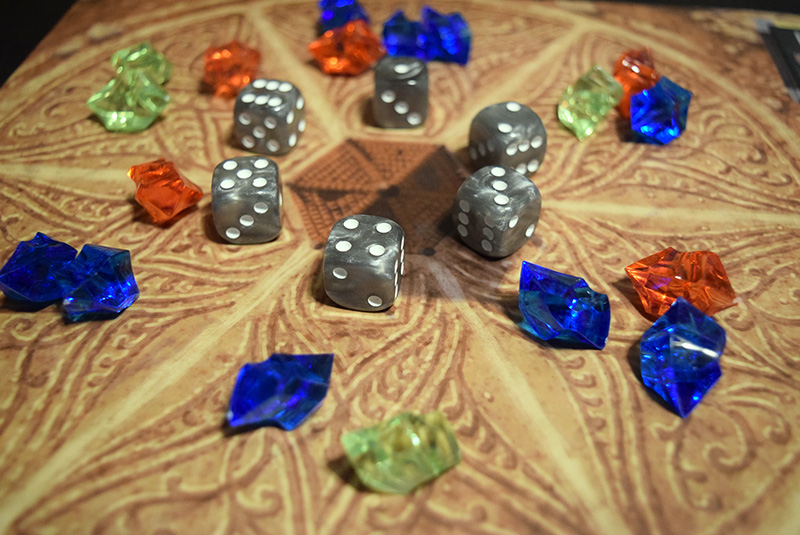 But let’s back up a second.  In The Last Garden, the players will control a faction of robot gardeners (Robotanists, for the pun-inclined), and each will compete to earn the favor of the Queen by planting the garden in…

Andrew:  Look, it’s an abstract, ok?  The theme is amazing, the presentation is very attractive, and none of that matters a single teeny tiny bit in the context of the game itself.  Given the former point, the latter makes me sad.  There, I’ve said it, I won’t belabor it any longer.

Jess:  That really disappointed you, eh?

Andrew:  Well, only in that the theme is so good.  If the mechanics had actually related to it, then that would have been truly stellar.  But let’s talk about what The Last Garden is, rather than what it isn’t. 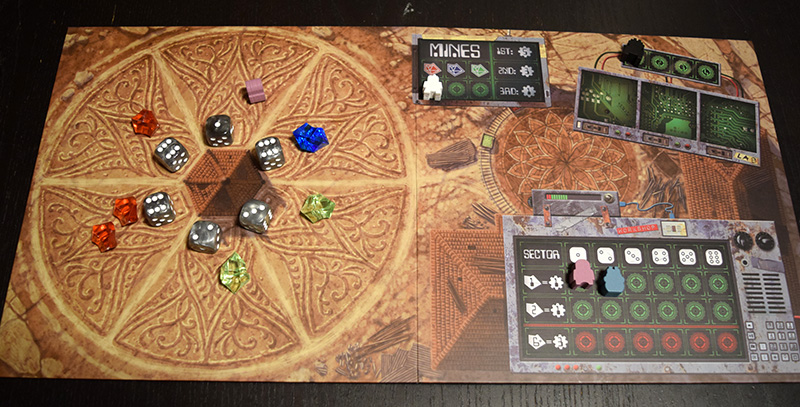 The mechanical core of The Last Garden is worker placement.  On their turn, each player will use one of their Command cards to affect the shape of the board – manipulating the placement of gems, switching dice around, etc., and after resolving their card, that player will then assign one of their robotanist workers to a placement space on the board.

However, instead of these placements generating and spending resources to build the garden (as one might expect from the theme), these little bots are really being placed by players in an attempt to earn victory points by predicting various board states which get checked at the end of the round – for example, which gem color will be in the majority, or which sector of the garden will have the most gems, etc.

Jess:  What I thought was interesting was the strategic combination of using Command cards to manipulate the garden and the placement of your workers.  A smart player will use each card to either set up their own scoring predictions, or to tank those of their opponents.

And that’s one of the many little unexpected nuances in The Last Garden; since what you’re really doing from turn to turn is making predictions about the state of the board, if you make your plan too transparent from the get-go, other players will have the opportunity to get their hooks in, either taking advantage of your intent, or doing their best to torpedo it.  So while the theme might suggest something a bit more pastoral, the fact is that The Last Garden absolutely has the potential for fangs-out gameplay.

Jess:  I thought you weren’t going to complain about the theme/mechanics mismatch anymore.

Andrew:  I wasn’t complaining!  I was illuminating a potential expectation which would be defied!

Adding just a little more strategic complexity to The Last Garden are the Program Upgrades which your robots can snag from the Lab section of the board.  Each of these can greatly enhance one type of Command card, but are one-time use.  Interestingly, robots assigned to the lab get to be re-assigned to other spaces on the board after the main turn is complete, so the lab also doubles as a place of hedging your bet (almost literally) on what placement will earn the most points.

Gameplay in The Last Garden is relatively quick – while no individual action takes any time at all to perform, what you will lose moments to is evaluating the state of the board before you play your card and invest your worker for the turn.

Jess:  I think the sweet spot for The Last Garden is probably 3 players – with 2, it’s much more methodical and strategic, since the board won’t fluctuate much between your turns.  At 4, it swings a bit in the other direction, with things potentially really churning from one placement to another.  3 splits the difference nicely.

Andrew:  I agree, though I don’t mind the increased chaos and board tightness that comes with the higher player count.  The 2 player game is totally still fun and playable, but I found the best moments were when more people were struggling to get their hands on the steering wheel.

Jess:  Yep, for sure.  In that spirit, I think it’s cool that the designers (as a result of their Kickstarter) also created a ‘hack pack’, which is a set of components (some cards and gems) which have no official rules associated with them.  It’s an invitation for you to come up with your own, and I really love that! 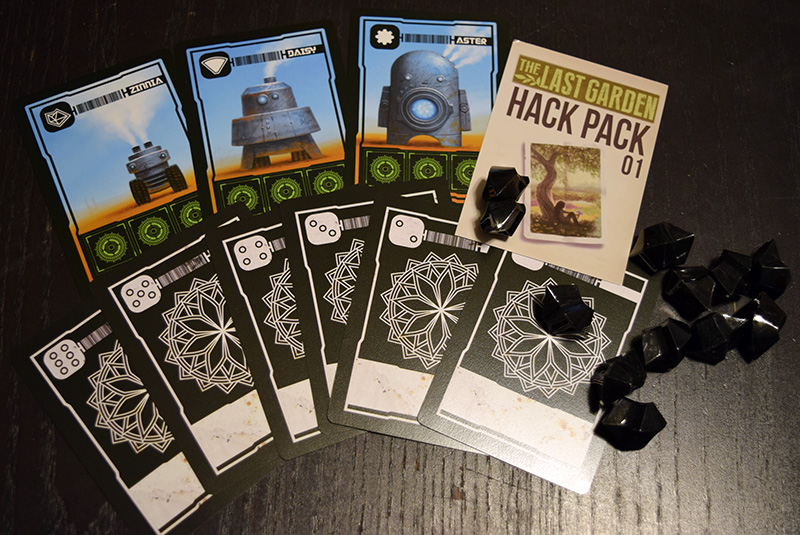 Overall, we really enjoyed The Last Garden.  Kidding aside, despite its appearance, this is a gambling game, through and through, with some strategic elements to inform your bets (and to screw over your opponents’).  It doesn’t overstay its welcome – rounds whip by even at higher player counts, and the game will be over before you know it.  It’s a well-presented game with great components, and is definitely worth checking out!