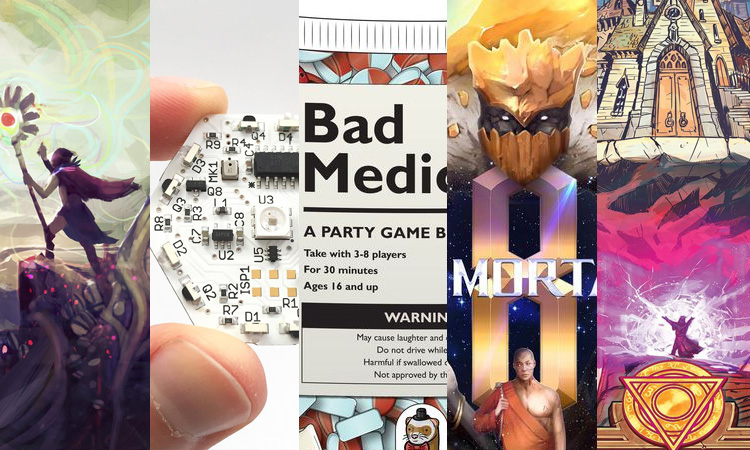 Hello Friday fans! it’s time for another round of what’s Jess excited about on Kickstarter this week! Let’s get to the list:

Mysthea is a hand-management/area-control mins game for for 2-4 players. The game is immersed in a rich lore about a planet called Icaion which not only survived having a giant crystal crash into it, but now thrives on the powers of that crystal. 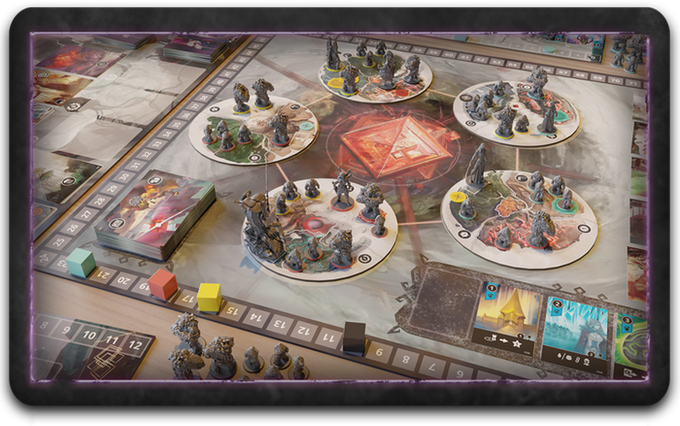 Players take on the roles champions hired by the Kingdom’s guilds to explore and gain control of the mysterious floating islands. I’m in love with the theme and the art design is fantastic. The game uses a modular map where the floating islands actually move throughout the game, changing up the strategy as you play. Check out Mysthea on Kickstarter here!

Is it a board game? A toy? A video game? Blinks seems to be a little of all three. It is a gaming system that allows you to play multiple tabletop games with electronic pieces that interact together and are touch responsive.

The basic package comes with 6 Blinks and up to 6 games including Mortals, a real-time strategy game for 2-4 players, and Fracture, a turn-based strategy game played between 3 or more players. The pieces can be used between the different games. How do they know which game you want to play? Well there are specially labeled pieces that act as the program for the Blinks. You lay down the program piece and then all the other pieces will sync up to that game.

The Blinks team is working on more titles for the system so you’ll eventually be able to expand your Blinks library of games. Take a look at Blinks on Kickstarter here.

This Kickstarter is for the 2nd edition and expansion. There are a few upgrades from the 1st edition including new scoring discs and a bigger box to accommodate sleeved cards. If you already have a copy of the game, there is a pledge level that gets you the upgraded components without having to buy the game all over again. I’m not huge on party games where you have to convince players to vote for you, but Bad Medicine has a lot of humor to help grease the public speaking wheels. Get a prescription for Bad Medicine on Kickstarter here!

Immortal 8 combines civilization-building, card-drafting, and hidden identities to create a fast-playing, strategic board game for 3-8 players. Each player will have different ways to score and inform how you choose to play. 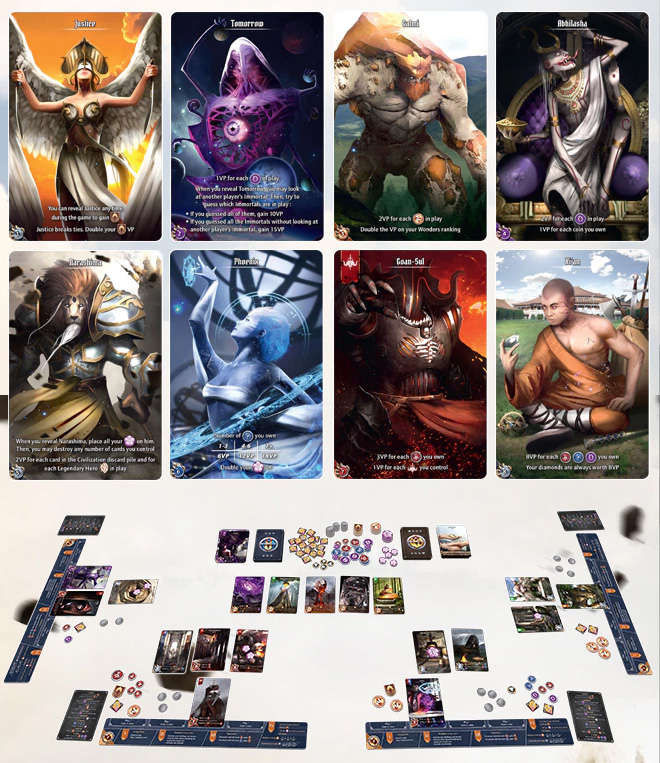 Players will draft cards, take actions from the cards they add to their kingdom, and gain supremacy tokens from having the most military or science. The game looks like it has a lot in common with the game 7 Wonders, but the hidden roles might make for an interesting difference in strategy. Take a look at Immortal 8 on Kickstarter here.

In Sorcerer City, magical architects help rebuild the city by laying tiles from their hand before time runs out. You only have 2 minutes to build your city, so the game looks frantic and fast. You score points by grouping colors between connected tiles, creating lines of connected tiles, and collecting shields. 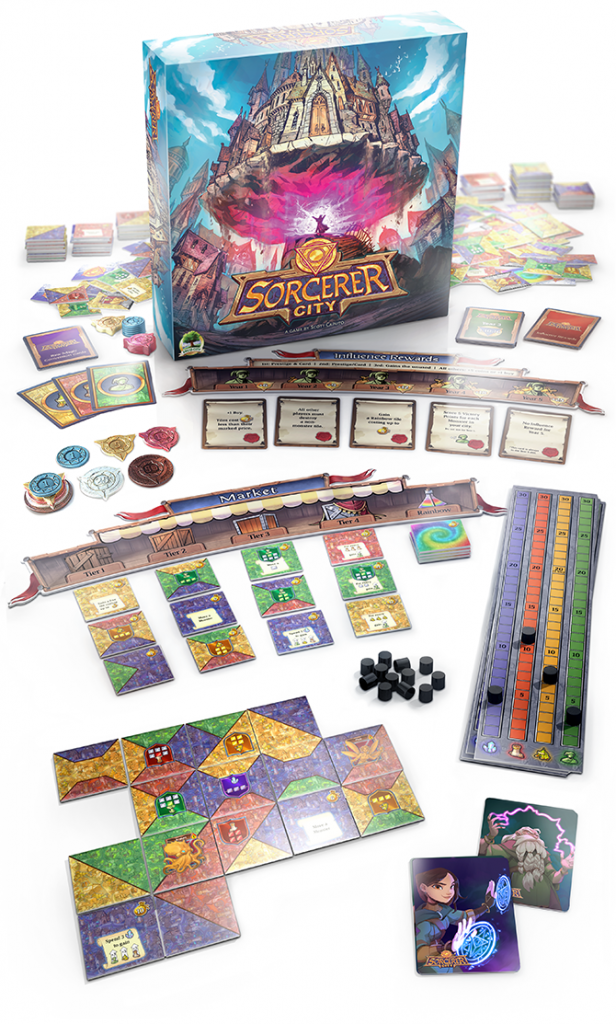 Between rounds you can buy new tiles to add to your hand, but you’ll also receive monsters that when played will cause chaos and destruction. After 5 rounds players count up who has earned the most prestige and that player earns the title of Master Sorcerer Builder! this speedy city-building game looks like it will test your ability to think fast and make snap decisions. If you suffer from analysis-paralysis this could either be your own personal hell or a great way to force yourself to overcome it. Check out Sorcerer City on Kickstarter here!

Which Kickstarters should I peruse next? Let me know in the comments below!