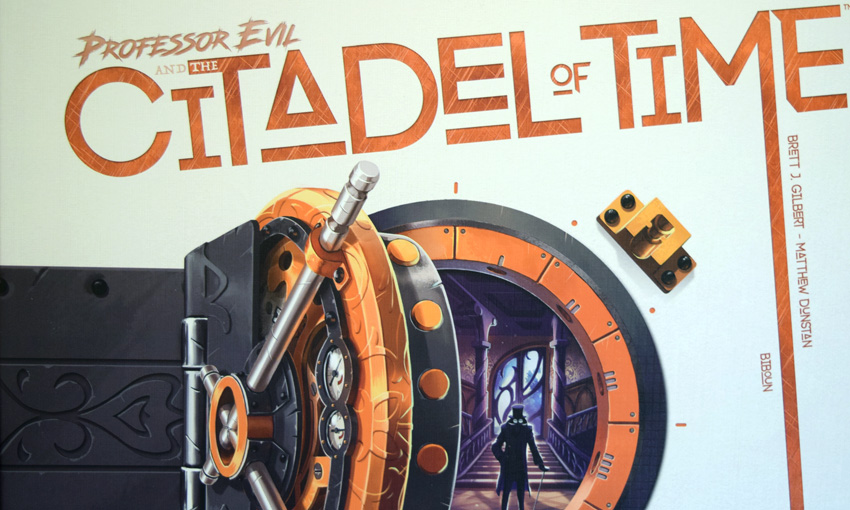 Oh man, do we love a good heist around here.  A bunch of clever thieves planning and executing the perfect theft, dodging patrolling guards, bypassing clever security measures, sneaking away in the nick of time…It’s just so exciting!  And in Professor Evil and the Citadel of Time from Passport Games, you and your fellow thieves have the added boon of actually being on the side of justice, for the nefarious (though conveniently named) Professor Evil has stolen treasures from throughout time, and it is up to you to steal them back before he permanently seals them up forever in his vault. 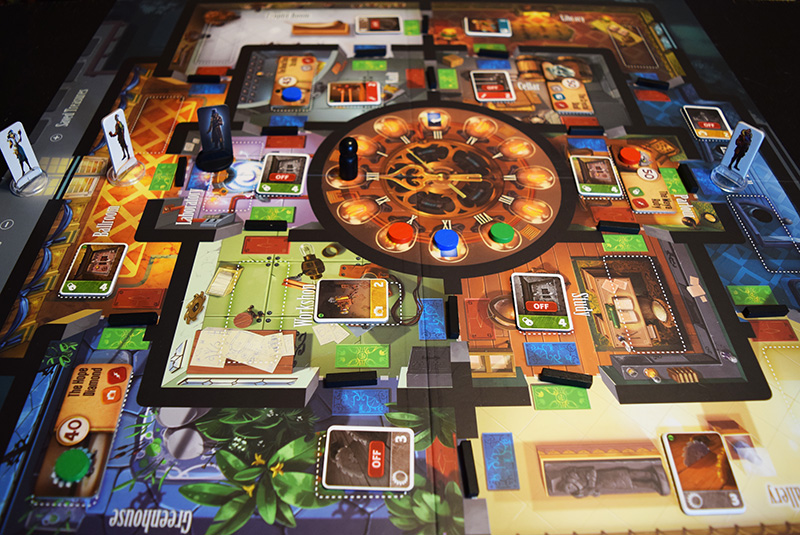 Gameplay in Professor Evil and the Citadel of Time will take place in the Professor’s (presumably evil) mansion.  All over the manor, various treasures are on display, hidden behind the Professor’s intricate security network.  The thieves will need to bypass and disable these security systems, and they will need to do so quickly, because the mansion is in the process of locking down – each treasure will only remain exposed for a certain amount of time, after which it will vanish into the vault.  Too many treasures get locked away and the Professor triumphs over the players. 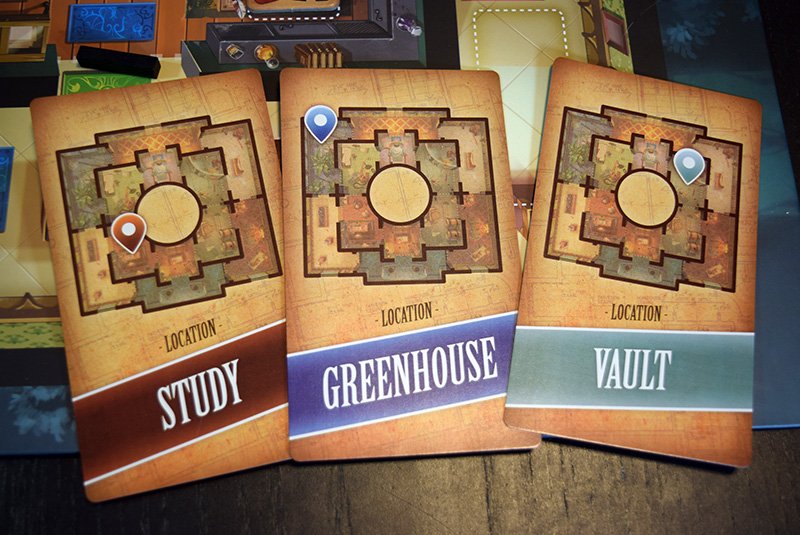 Andrew:  And the Professor is also a constant concern – at the end of each turn, he may move around his home, reactivating security systems, locking doors, and ejecting uninvited guests from the premises.

Jess:  And even moreso than the great art, it’s the player characters which are my favorite part of Professor Evil and the Citadel of Time. 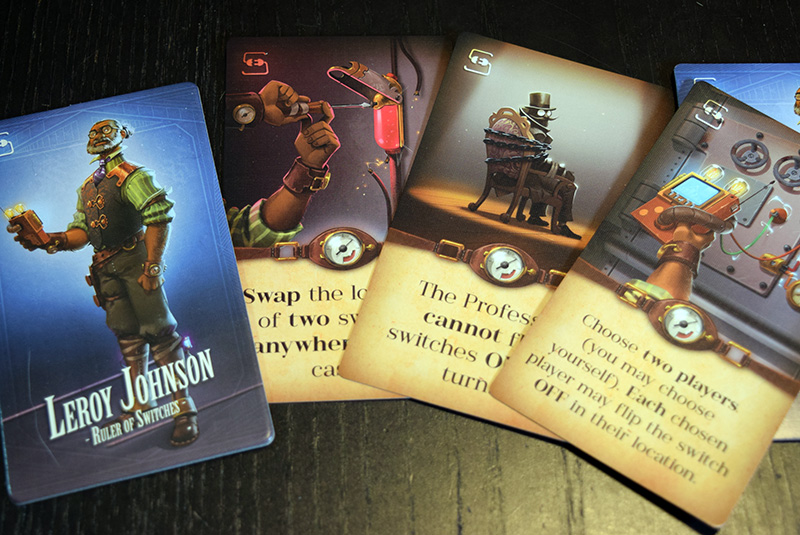 In Professor Evil and the Citadel of Time, you will play as a delightfully steampunkish band of rogues, each one with not only a unique player power, but their own deck of cards.  Each turn, the active thief will take up to 3 actions (moving, interacting with security systems, etc.) and will also have a hand of two cards, one of which they can play either before or after they take their actions.

Andrew:  Each character’s deck of cards is unique and themed to what that character specializes in.  For example, Nathan Goodspeed, Master of Movements, has a deck of cards that will accelerate him (and his allies) all around the board, whereas Destiny Bradshaw’s cards all manipulate the dice (often at great risk for big rewards), which is perfectly thematic for the Mistress of Randomness. 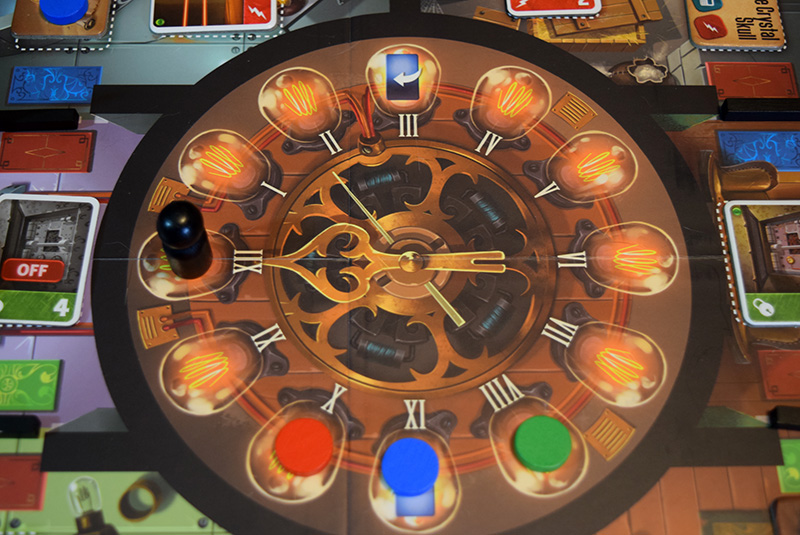 Central to Professor Evil and the Citadel of Time’s board (and gameplay) is the great clock which dominates the middle of the Professor’s mansion.  As players’ turns end, the Professor’s dice get rolled, either moving him about the mansion or moving the clock ever-closer to the securing of the treasures into his vault.  If the players can manage to out-wit the Professor and out-perform his security system long enough to rescue 5 treasures, they win!  But should Professor Evil lock away 5 of his ill-gotten artifacts, the players lose. 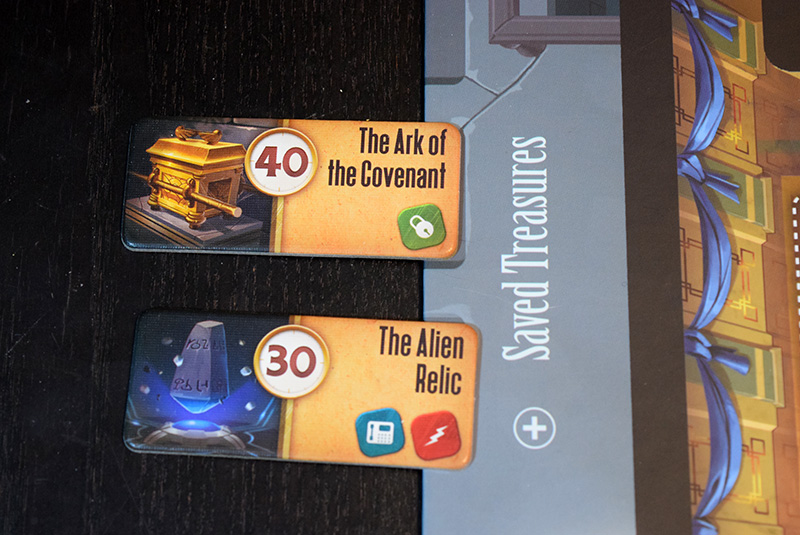 Jess:  The feel of Professor Evil and the Citadel of Time is, I think, going to be the thing which divides people the most – depending on how the dice fall, it can feel downright unfair!  Sure, your player powers can do a lot to mitigate the randomness of the Professor’s movements and the ever-ticking clock, but man, it sure can just kick your butt. 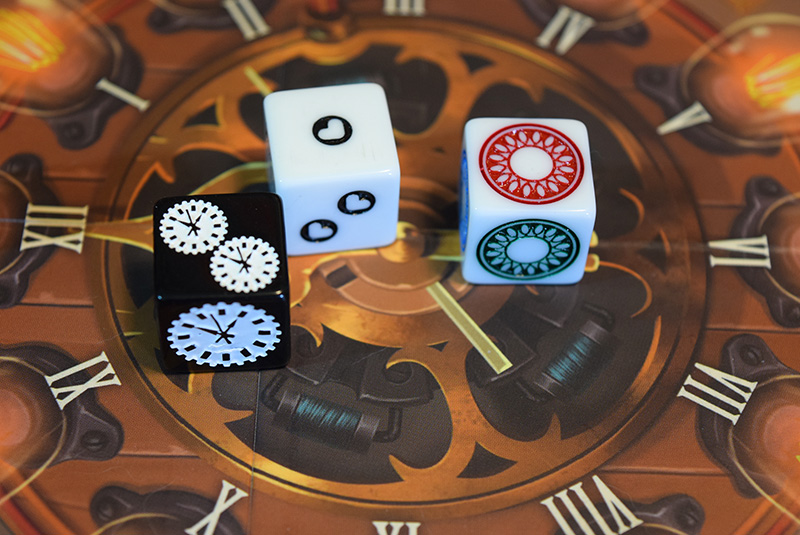 Andrew:  I know exactly what you mean.  It’s one of the reasons I think that Professor Evil and the Citadel of Time plays a bit better at higher player counts.  More players means more turns that the Professor gets to act, but it also means a greater diversity in player abilities, which is key.

Jess:  Another thing that makes 2 players tougher than 4 is simple board coverage – no matter the player count, you’ll still need to move around the board to get at various switches and buttons.  With fewer bodies, you can’t move around as much, and there are no formal rules changes for lower player counts to compensate. 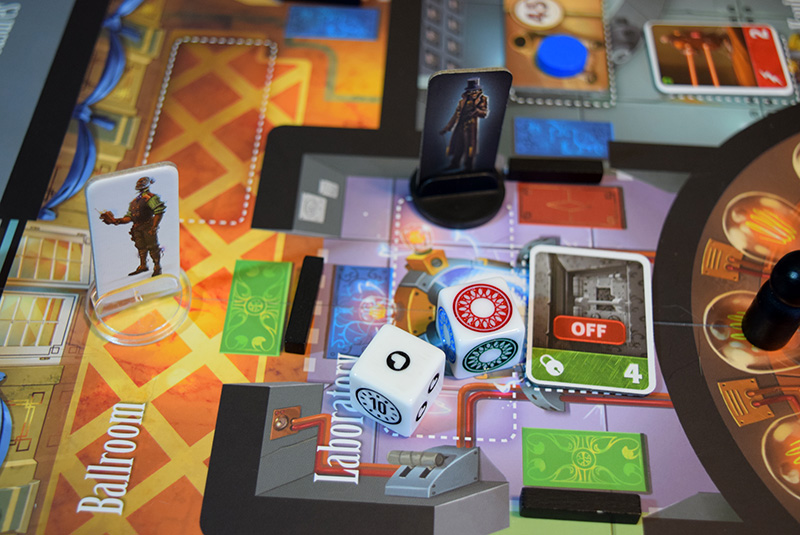 Professor Evil and the Citadel of Time is a fun game, as long as you’re cool with potentially having your hard work undone by a few unlucky dice rolls.  The tension that the timer and the dice create is great, but it can also be a bit frustrating.  The mechanics themselves are easy to grasp and the theme is perfect for a younger gamer, but we can easily imagine them feeling a bit punished when the dice put the Professor exactly where you didn’t want him to be at exactly the moment you wanted to avoid. 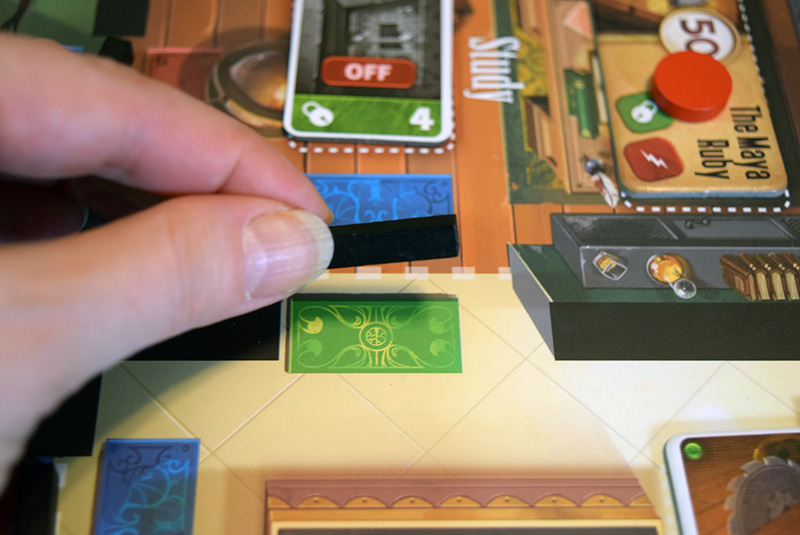 Andrew:  But that’s part of why we enjoyed it.  Cooperative games tend to be punishing, so you know that going in.  On the other hand, there are lots of ways of manipulating the randomness in the game (with the right characters), or throttling the difficulty (changing which treasures you need to extract, adding additional characters).  It’s not that we had a bad time, but we felt it would be remiss of us to not mention the difficulty as a potentially polarizing factor. 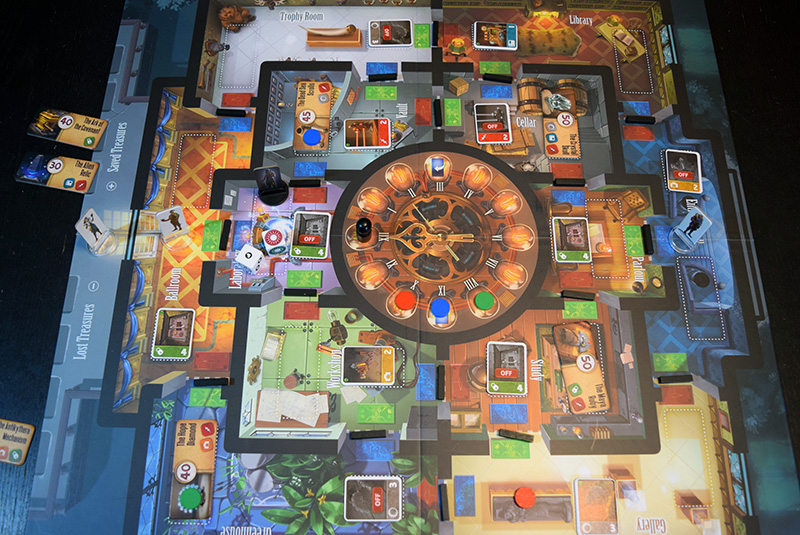 Overall, we had a good time with Professor Evil and the Citadel of Time.  When it works, it works well, giving you that feeling of the clever thief who manages to duck into the air vent just as the guard flips on the light switch.  And while we found it to be tough, there are probably just as many folks for whom the dice have been merciful and would cite it as easy. 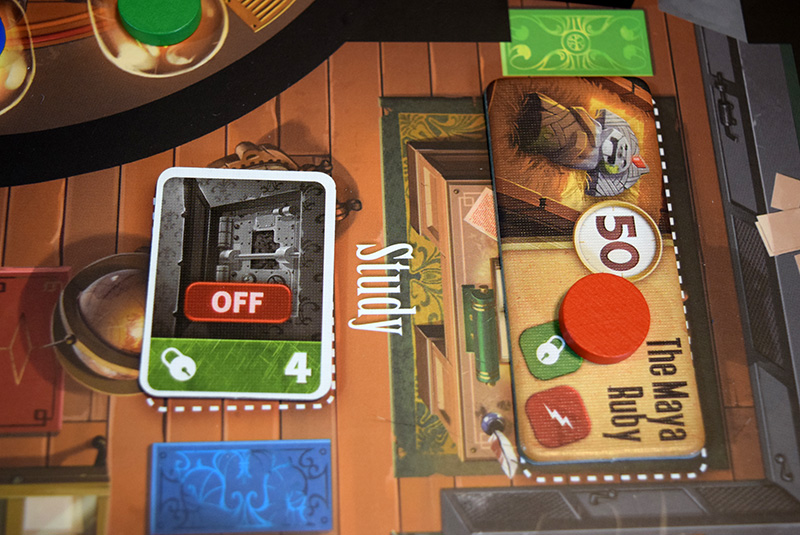 On the whole, though, considering its presentation and gameplay, we definitely recommend cooperative gamers consider mounting a raid on Professor Evil and the Citadel of Time!