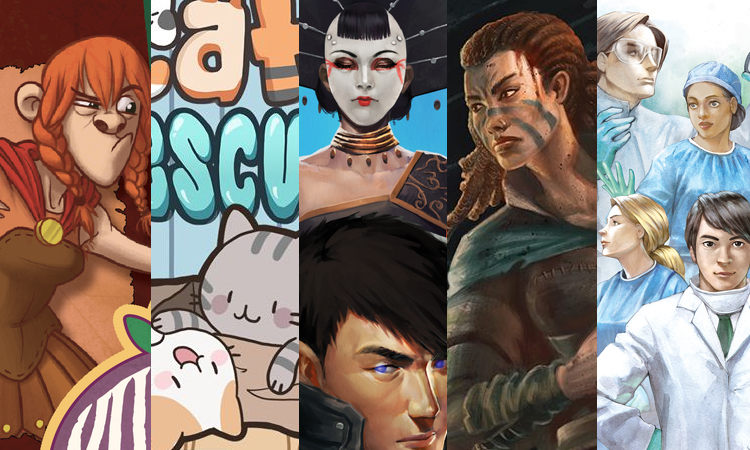 It’s another fabulous Friday full of fantastic Kickstartery goodness. Let’s see what made the list this week!

1. Village Pillage: a game of risk and betrayal!

Like something out of the movie Hot Fuzz, Village Pillage is a take that war to see who has the best village, with townsfolk so obsessed with winning a village of the year award they are willing to all their efforts to raising and stealing turnips in order to buy relics. Whichever village gets 3 relics first wins!

Each player starts with a hand of the same cards and simultaneously chooses two to play each round. Once players have selected they reveal and resolve their actions. The game looks easy to learn and fast to play with a good dose of humorous art . Gather up your turnips and grab yourself a copy on the Village Pillage Kickstarter campaign.

Want another quick, light game? How about Cat Rescue? The goal of the game is to get as many cats adopted from the shelter as you can before the street deck runs out or a foster home is overrun with 3 cats. 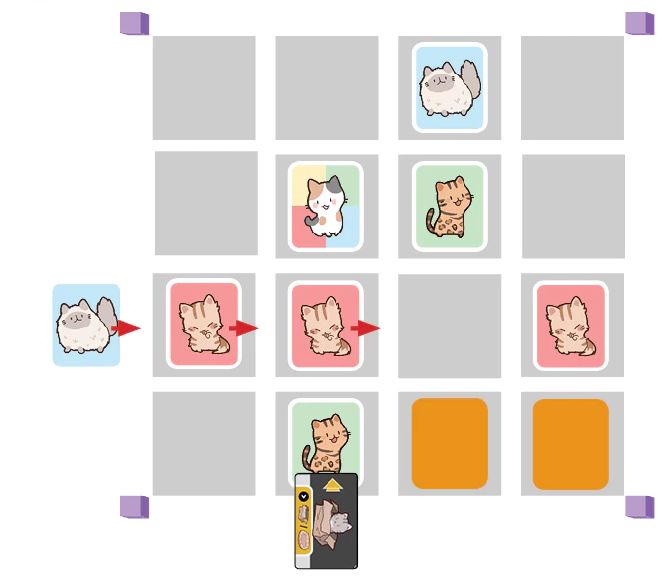 The shelter is comprised of a 4×4 grid and players will send cats to the shelter by sliding them into the grid (shoving whichever cats are in their way to the next spaces. Once you have 3 cats of the same type in a row they are ready to be adopted. The more cats that get adopted before the game ends, the higher your score. Cat Rescue is frigging adorable and looks to be a challenging little puzzle game. Adopt a copy from the Cat Rescue Kickstarter today!

On the opposite side of the spectrum from light and cute is Imperius; a 2-4 player card-drafting game where rival houses will clash to see whose faction will become rules over the universe.

In Imperius players all start with the same hand of cards and be able to draft cards from any of the 4 factions. They will secretly select cards to be played on planets, then reveal those cards and resolve the consequences. You’ll need to keep an eye on what people are playing when so you can try to guess what is coming next and plan your moves accordingly. If you manage to earn the most points by controlling planets, you win and are named the new emperor/empress of the universe! I like card-drafting games, the art is great, and this one promises to have a lot of strategy and having to read your opponents baked in, so there’s a lot to get excited about. Check out Imperius on Kickstarter here!

4. Unbroken: a solo game of survival and revenge

I’ve been playing a lot of Darkest Dungeon (DD) recently and I think that primed me to be interested in a tough-as-nails solo-game where you are the last surviving member of an adventuring party searching for a way to escape the deadly caverns. As with DD I expect to die a lot in this game and enjoy it despite my many deaths. 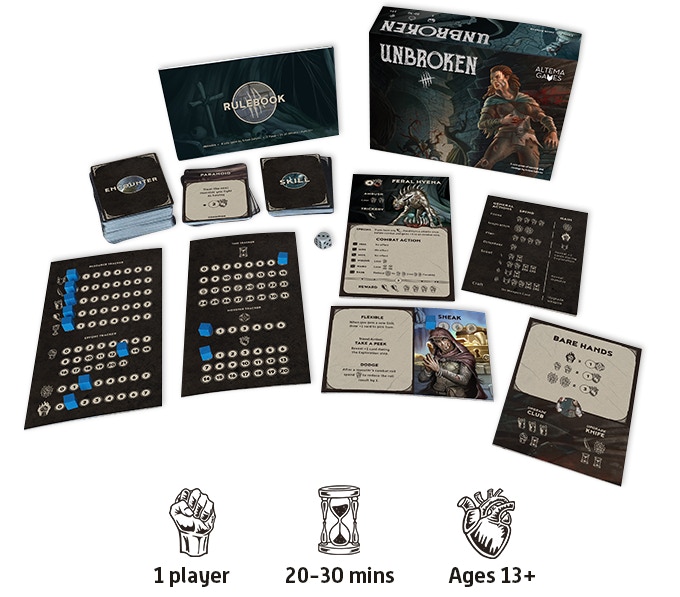 In Unbroken you’ll play as 1 of 4 different heroes with unique abilities with the goal to find your way out of the dungeon. The game uses time as a resource, so you have to plan carefully. You may not have time to both take a nap and craft a weapon before a monster tries to eat your face. Unbroken sounds challenging and sadistic and I love the idea! Artem Safarov, the designer, is already talking about expansions to grow the game later. If you want to learn more, check out Unbroken on Kickstarter here!

Pocket Pharma is a re-release of Chu-Lan Kao’s previous game Medical Frontier. Redesigned to be smaller and faster to play, the game is all about making drugs to treat diseases and making the most money you can off your pharmaceutical wonders. 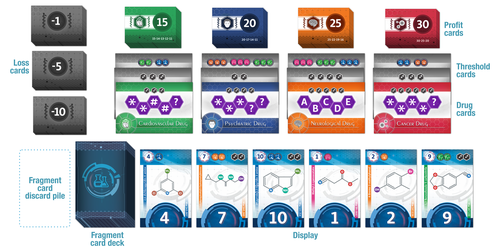 I enjoyed the original game and am glad to see it getting an English release. Here’s hoping the new version is even better! Discover more about Pocket Pharma on Kickstarter here!

So that’s this week. Which Kickstarters did I miss? Tell me about your faves in the comments below!