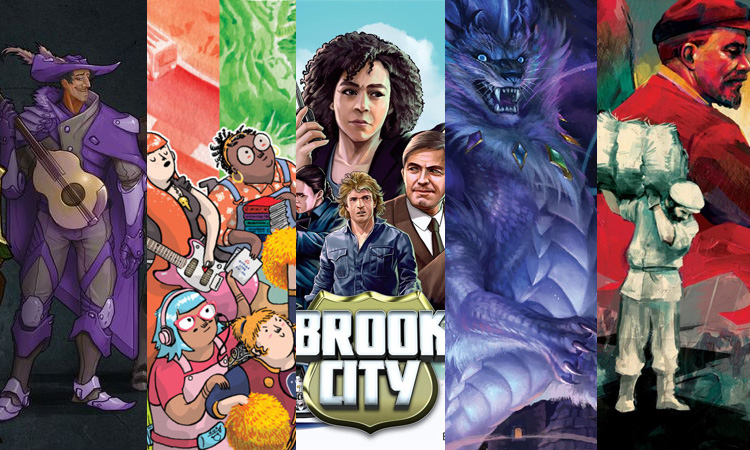 Hey all! This week were going to start our list off with a whole lotta time travel and a little bit o’ magic. So let’s jump on in!

In Castle von Loghan Augustus von Loghan (that’s a bad-guy name if I ever heard one) is wrecking history with his time machine. It is up to a team of KarrSec time agents to put a stop to his evil deeds. The main thrust of the game has players cooperating to explore the castle, make decisions in the story, and fight enemies in dice-less combat. The whole thing looks like a big choose your own adventure and I am down with that. 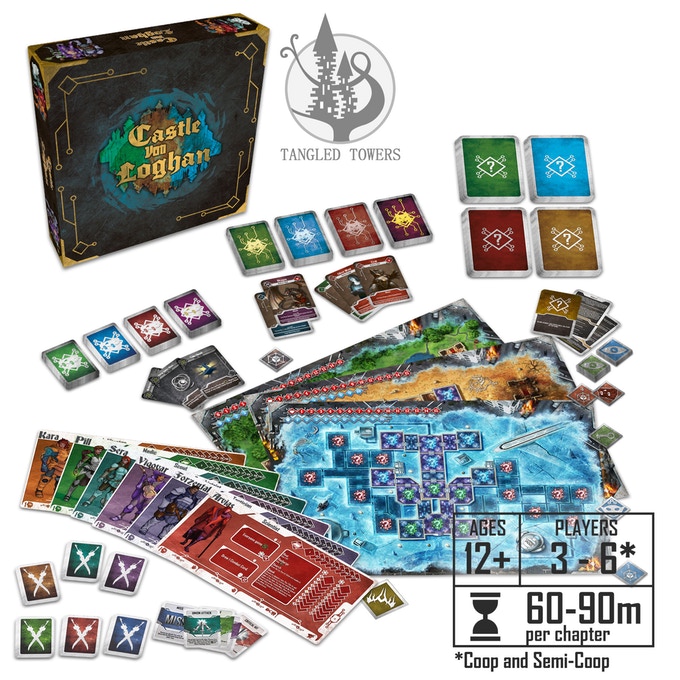 Ok I’ll say this right up front: The look for Castle von Loghan totally reminds me of that cartoon in the 90’s, King Arthur and the Knights of Justice (If you’ve never seen it, check it out. It is a bizarre story about a football team time-travelling and using their sports-skills to become the Knights of the Round Table). While the KarrSec  agents are from the future, their fashion is straight out of a Dungeons and Dragons adventuring party, right down to the bard and the game appears to be a dungeon-crawler. Not the typical time-travel themeing I am used. I am fascinated with this idea and can’t wait to see where it goes.

If you are as intrigued as I am, go check out the Castle von Loghan Kickstarter here!

BFF! – The rpg of girlhood, friendship, and adventure

Ok now let’s time-travel into our own pasts, way back to our tween years. Best Friends Forever is role-playing game about adventure, friendship, and those cool, plastic charm bracelets we all wore back in the 80’s.

In BFF, each player selects one of the 17 friends to play as and then selects charms to trade with their pals that represent aspects about them. Once everyone has their character, the group will select a location and all players will draw a hand of cards that will help them guide the scenes. I love that this game lets the players evolve the story together, but the theme is what really draws me in here. It’s bright, fun, and focused on the awesomeness of friendship. I can see a lot of people of all ages enjoying this game and coming up with some really hilarious adventures. It reminds me a lot of the comic book Lumberjanes (yeah i’m full of recommendations today. Go read it. Its awesome).

High-five your best bud and head on over to the Best Friends Forever Kickstarter campaign here!

Slap on your best mullet cuz things are about to get 80’s in here! Brook City is a co-op miniatures game about cops fighting crime in a future time (no wait scratch that. Wrong reference). I mean in this game is really about keeping crime down while working big cases and trying to nail those criminals to the wall.

Brook City looks just like the action-cop movies that became popular in the 70’s and 80’s. Each of the cops in the game are based on classic movie detectives and every one has it’s own unique cop deck and play style. I love the idea of teaming-up these different characters and playing out their personalities. Will I be the rogue cop doing my own thing or the by the books detective who can’t stand these rookies? Only time will tell! As an aside, I was also amused to see what appears to be a Guy Fieri lookalike in the game. 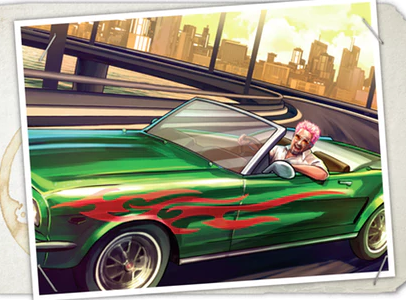 Want something a little more grounded in real history? Let’s take a look at Dual Powers: Revolution 1917. This 1-2 player area-control, strategy game let’s players try to influence the government of Russia during a explosive time in its history. 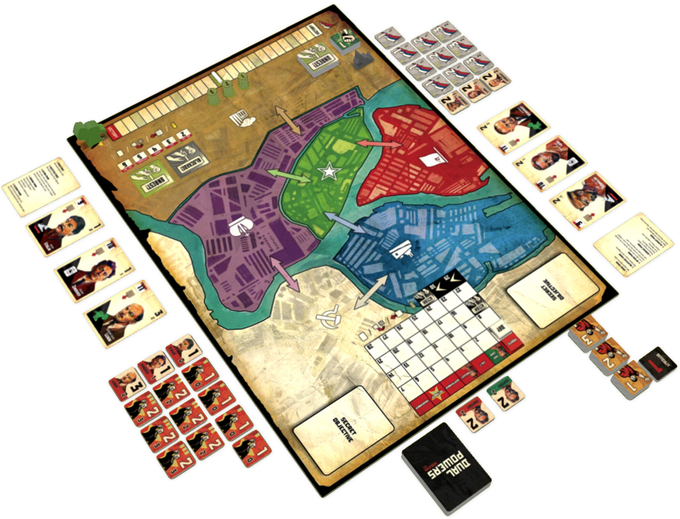 Each player will take on the role of either the conservative Provisional Government or the socialist activists of the Petrograd Soviet and work either towards or against civil war by commanding their units and using their powers to try to achieve their goals. The player who earns the most support from the people before time runs out, wins!

I’m not usually a big history buff, but two player games like this are great for me and Andrew as we often end up playing games together and we prefer games that have indirect-confrontation.

Ok my flux capacitor is broken and I’m all out of time-travel juice. Let’s try magic!

I was a big fan of the original Sparkle*Kitty and this new edition adds more awesomeness to an already fun game. Sparkle*Kitty Nights is the naughty version of Sparkle*Kitty, but thankfully it reigns in the crudeness and instead uses innuendo to let you fill in your own level of humor. 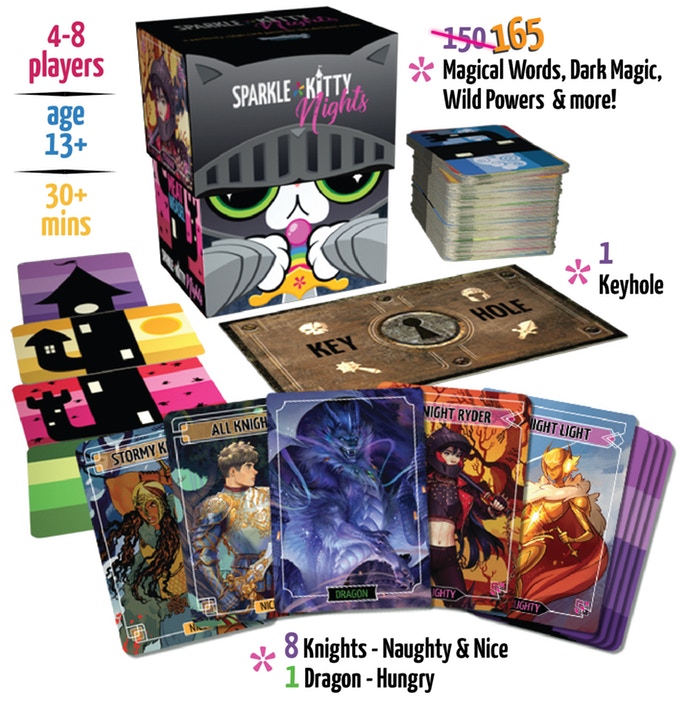 You can see our full preview here, but the basic differences between the original and this new editon are this: Everyone is now playing on teams, so you must not only escape your own tower, but also assist your teammates in escaping, the words are more suggestive (like ‘Moist’ and ‘Weasel’), and there are a few new rules to shake things up.

That’s this week’s exciting lineup! Which games will you be backing this week? Let us know in the comments below!