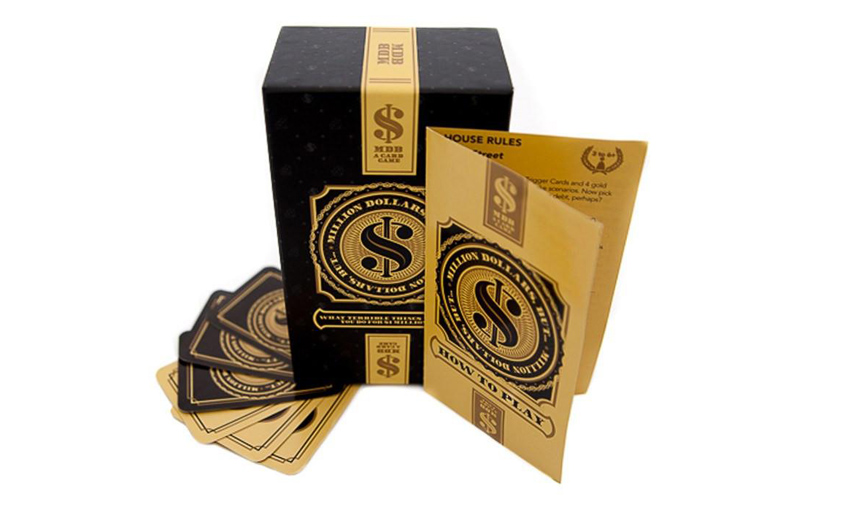 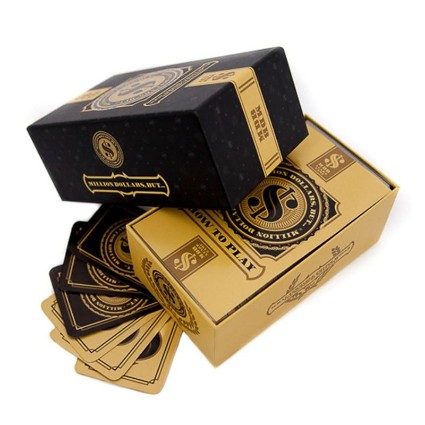 The game was successfully Kickstarted in 2016 and originally only sold as a limited retail release or online, but this new partnership means that Million Dollars, But… The Game  will have a much wider release and be available at game stores nationwide.

“At Cryptozoic, we’re huge fans of Rooster Teeth’s content and have loved playing Million Dollars, But… The Game at our game nights for a while,” said Jamie Kiskis, VP of Marketing & Product Development at Cryptozoic Entertainment. “So, when we saw an opportunity to partner with them to get the game into hobby stores, it was a no-brainer. It has already been a ton of fun to work with their team. We think it’s a partnership that will benefit both companies and lead to more collaborations in the near future.”

“I’m thrilled folks will be able to buy Million Dollars, But… wherever they shop for games thanks to this partnership with Cryptozoic. Imagining friends and families gathering over a round of Million Dollars, But… makes me happy but I want to be perfectly clear that I accept no responsibility for what it does to their personal relationships. By reading this quote, you agree to this.” 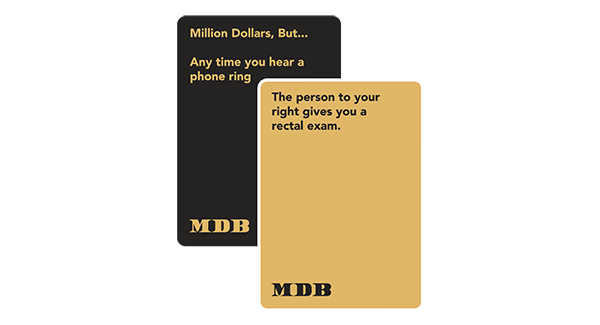 Million Dollars, But… The Game is for 2 or more players, where each person takes four black Trigger Cards and four gold Rule Cards at the start of every round. One player is selected to be the judge while everyone else creates scenarios using a trigger card and a rule card. Whichever player creates the scenario the judge picks as the one thing they would not do is the winner. Million Dollars, But… The Game will be available at retailers nationwide in July for a suggested retail price of $25.

Jess: Personally, I am over judge-based games, but I know that they are still quite popular as party games. What do you all think? Are judge-based games here to stay or are you moving on to other styles of games too? Let me know in the comments below!