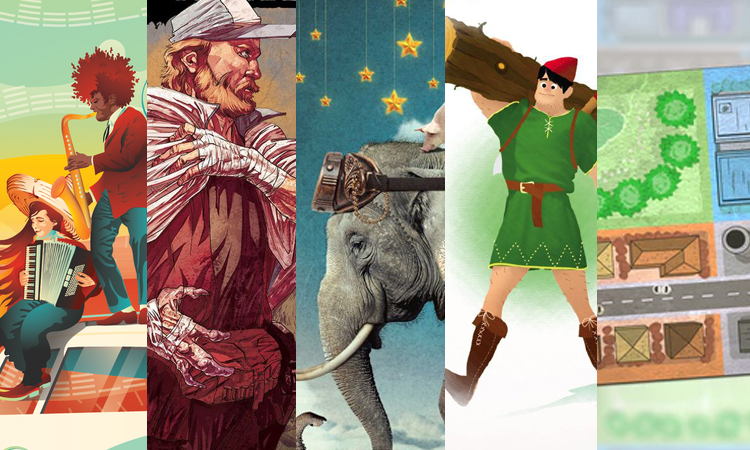 Fridays mean a close to the traditional work week and new beginnings for weekends of fun. They also mean a list of my Kickstarter picks for the week!

On Tour – A strategic “roll and write” board game

In On Tour you’ll be trying to draw your musical tour across the country. Each turn the current player will draw 3 state cards and roll two 10-sided dice. These dice will be combined to form a two digit number that everyone simultaneously must add to their map; choosing one of the regions the state cards indicate to add their number in. Once all states are filled you must draw a line between any numbers in ascending order (visiting each number only once). The person who scores the most points from the states they visit, wins! 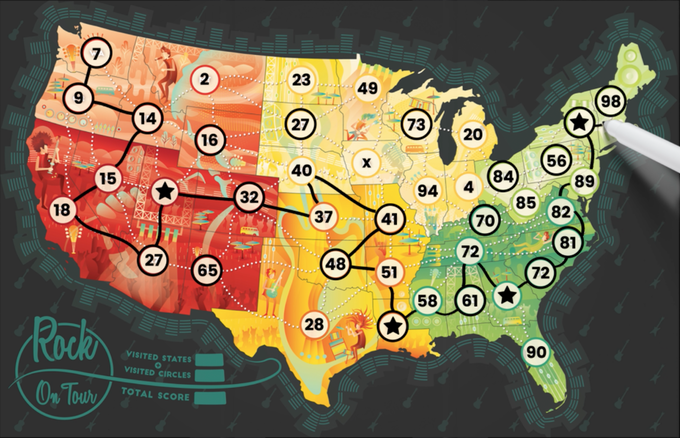 I adore games that has a beautiful aesthetic, quick set-up, and easy-to-learn rules. On Tour looks like the type of game you can bring to any gaming group and get playing in just a few minutes. It looks like designer Chad DeShon not only has talent for making board game tables, but also may also be a fair hand at creating games. Check out On Tour on Kickstarter here!

I really enjoyed the original Post Human game and it appears that Post Human Saga brings you an upgraded and more expansive experience. In the game, players take on the roles of survivors trying to accomplish goals within a world of dangerous mutants, raiders, and other dangers. 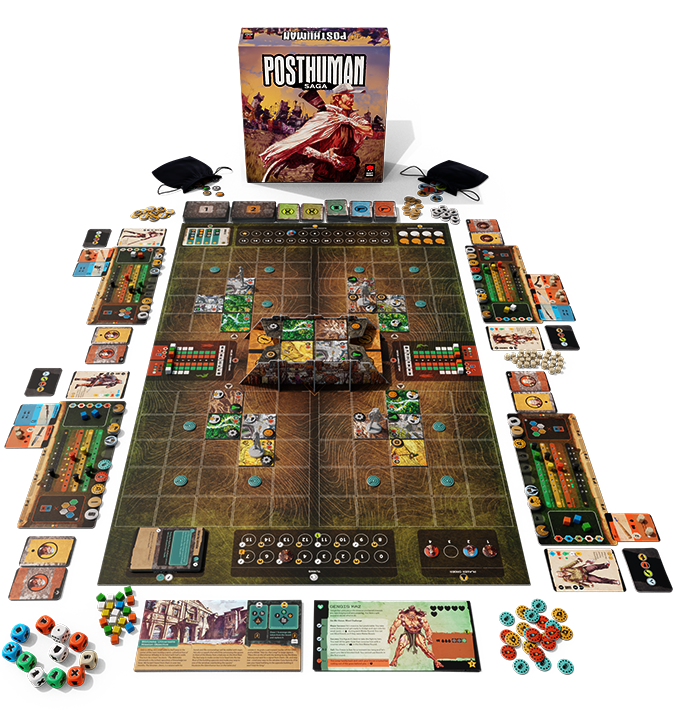 This version of the game looks like it gives a lot more story and new mechanics to give players more strategic choices throughout the game. I think this will be a really great game for anyone who enjoyed the original or who is looking for a immersive and unique post-apocalyptic survival game. Learn more about Posthuman Saga on Kickstarter here!

Strange steampunk creature creations, you say? I’m in! Bruno Cathala’s new worker placement game is already available in many countries, but this Kickstarter is to help bring the game to a wider audience (including the US). 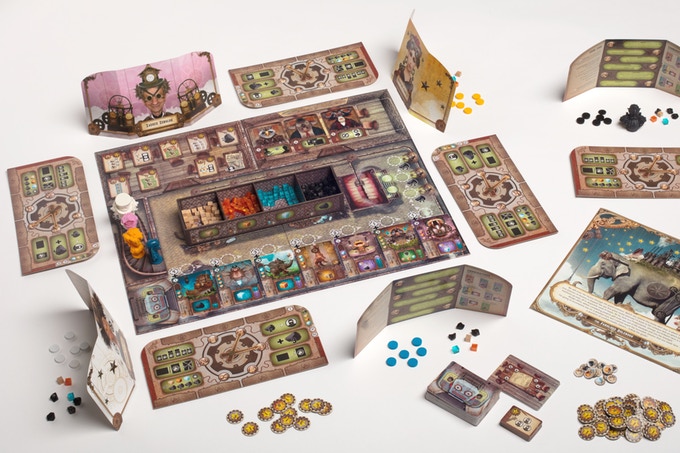 In the game players are one of the five handymen of Imaginarium, a factory where machines to create dreams are assembled. Your goal is to become the new Great Mechanist by racing against your opponents in fixing up broken machines or using them for parts for better machines. These in turn will help you fulfill goals and gain victory points.

Studio Bombyx always puts together gorgeous looking games and I’m a Bruno Cathala fan, so having Imaginarium actually available in my home country would be awesome! If your googles are fogged with excitement like mine are, check out  Imaginarium on Kickstarter here!

I’ve had a chance to preview Villagers and we’ll have a full review coming soon, but in the mean time let me say this: Villagers is a lot of fun! 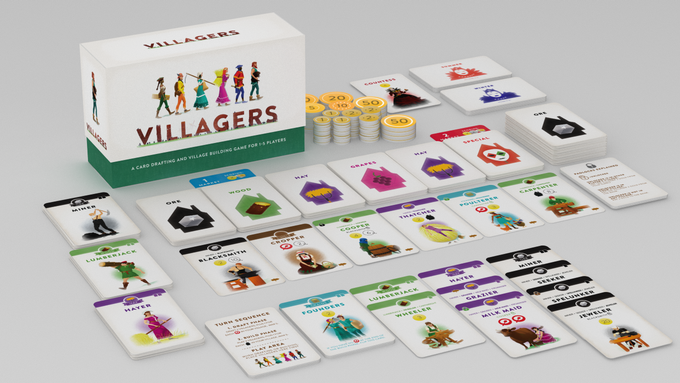 Here you have a tableau building game where each villager card you draft from the supply can be combined with supporting cards to earn you more and more money (which is the end goal here; Oodles and oodles of cash). Some villagers will also make it easier to create combos or give you end game multipliers. Whoever has the most gold at the end of the game wins. It’s simple, satisfying, and the art design is really nice. All in all Villagers is a winner for me. You can find out more about Villagers on Kickstarter here.

Here we’ve got another game I’ve tried and really enjoyed! Sprawlopolis plays off similar mechanics to Buttonshy’s previous game Circle the Wagons, but is a cooperative game with a deeper experience. 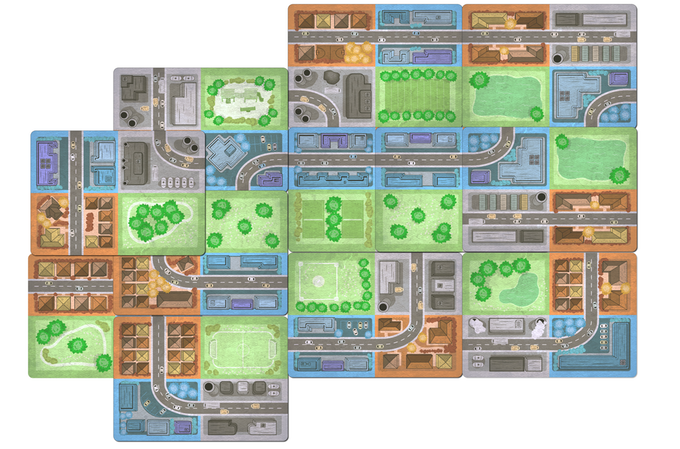 Players are challenged to create the highest scoring city they can within the three scoring rules that are drawn for each game. There are a ton of different scoring cards, so no two games feel the same. Each turn you’ll be playing one card from your hand into the city minding the scoring rules. This would be simple if it wasn’t for the fact that each road counts as negative points at the end of the game, so balancing your strategy, between creating scoring areas and connecting roads, is challenging.  Sprawlopolis is thinkier than I expected it to be and I had a blast with it. You can see our full review here and check out Sprawlopolis on Kickstarter here!

That’s this week’s Kickstarters in the bag! Which ones are you excited about this week? Is there a must-back project I missed? Let me know in the comments below!