Hello everyone!  Another week, another dose of wallet-draining Kickstarter treats for us to examine.  Let’s go! 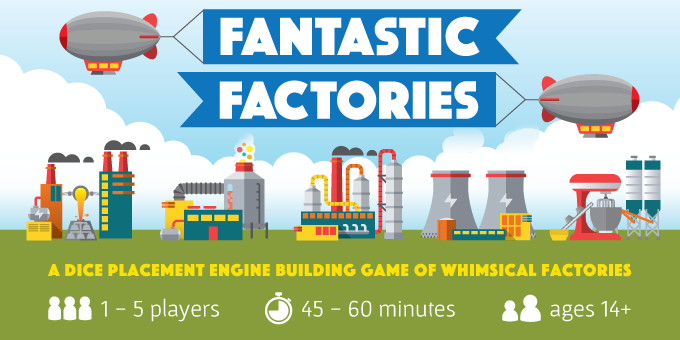 Well, all I feel like I need to say about this one is that Andrew backed it the second it went live.  Fantastic Factories is a clever-looking combo building game, where players use dice as workers in an effort to create the most awesome point-generating machine they can!  Clever placement of dice will generate resources which you can then use to further improve your engine and manipulate your dice, making bigger and bigger plays possible.

Fantastic Factories looks right up our alley – clever, cute, and really satisfying to play.  We backed it, so of course we recommend checking it out! 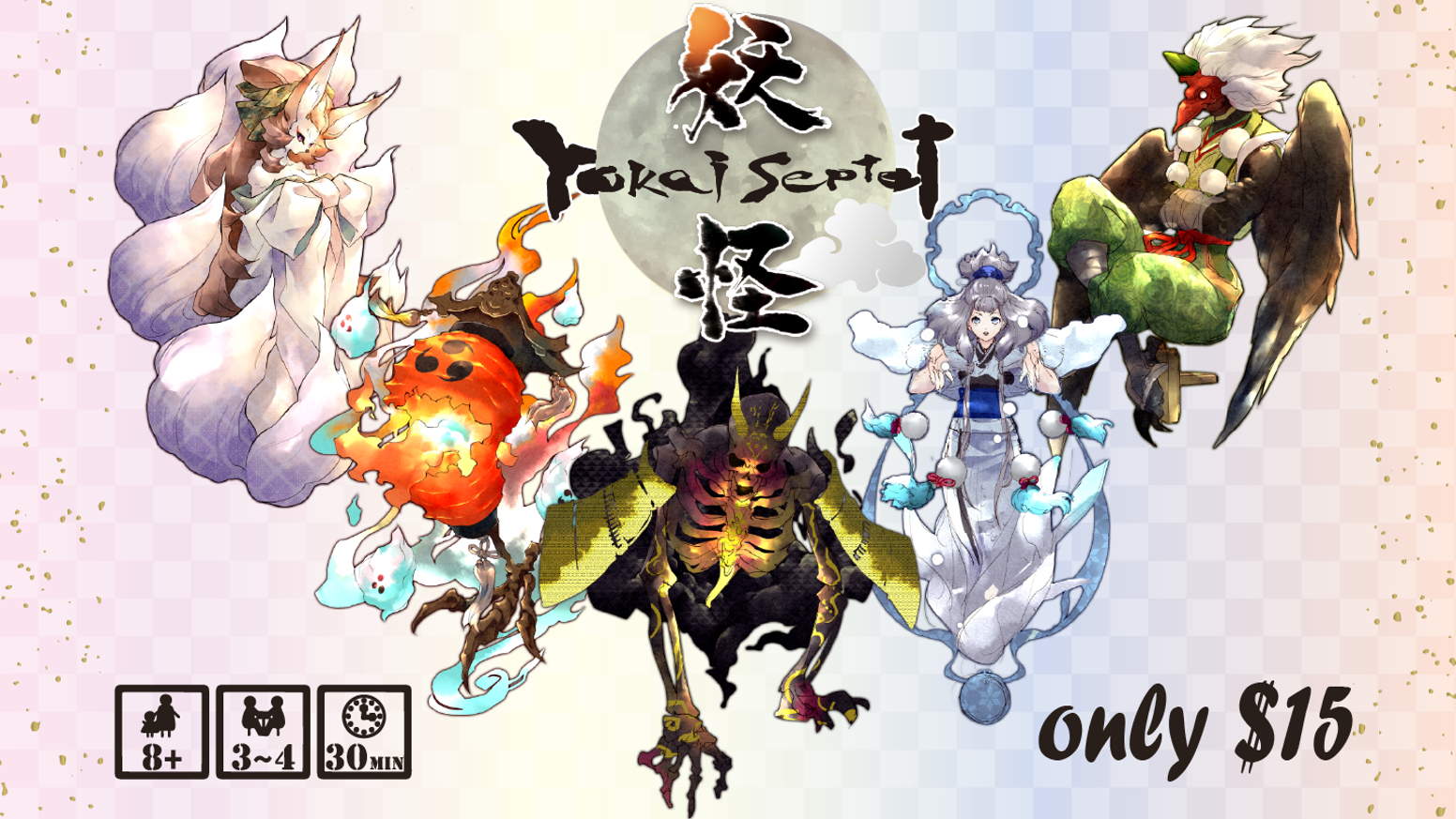 However, only the 7 cards of each suit actually score points, so other hands are a game of cat-and-mouse as you try to manage your hand so that you’ll be ready to snag those 7s when they show up 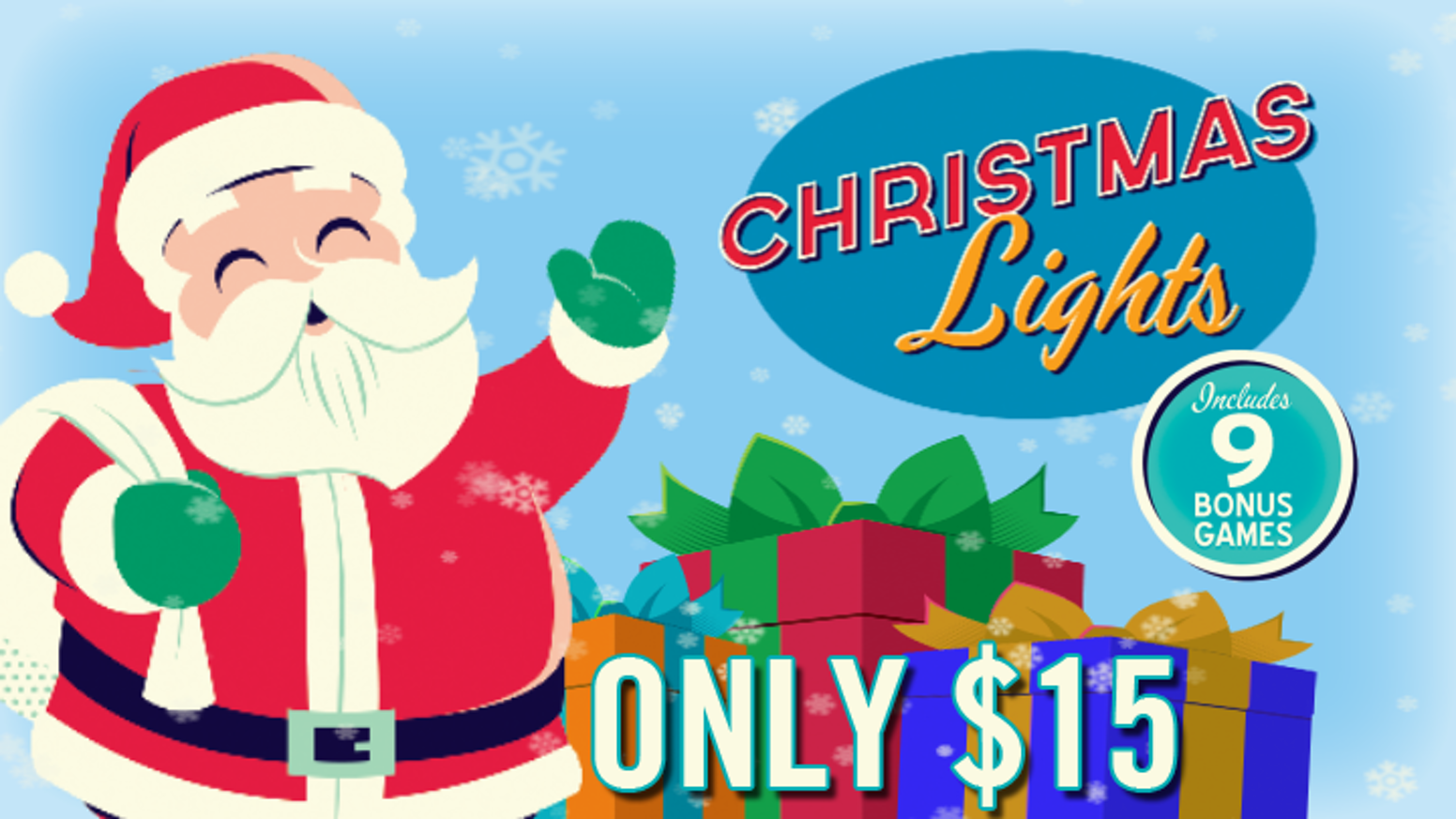 This one just struck me as neat.  In Christmas Lights, each player is racing to be the first to complete two strands of lights (and of course have them connected via plugs) is the winner.  To do so, you’ll be snagging cards from your fellow players, adding them to your own hand so you can use them to build your chains.  But here’s the snag (heh) – all players must hold their cards so that they face away from themselves, so it won’t be so easy to keep track of which cards you’re holding onto, especially once other players start stealing them!

We’ve seen this ‘face your cards out’ thing before, but the only examples I can remember have all been cooperative games.  It’ll be interesting to see how it works in a competitive setting.

Check out the Christmas Lights Kickstarter (and yes, the expected delivery date is in time for the holidays!) 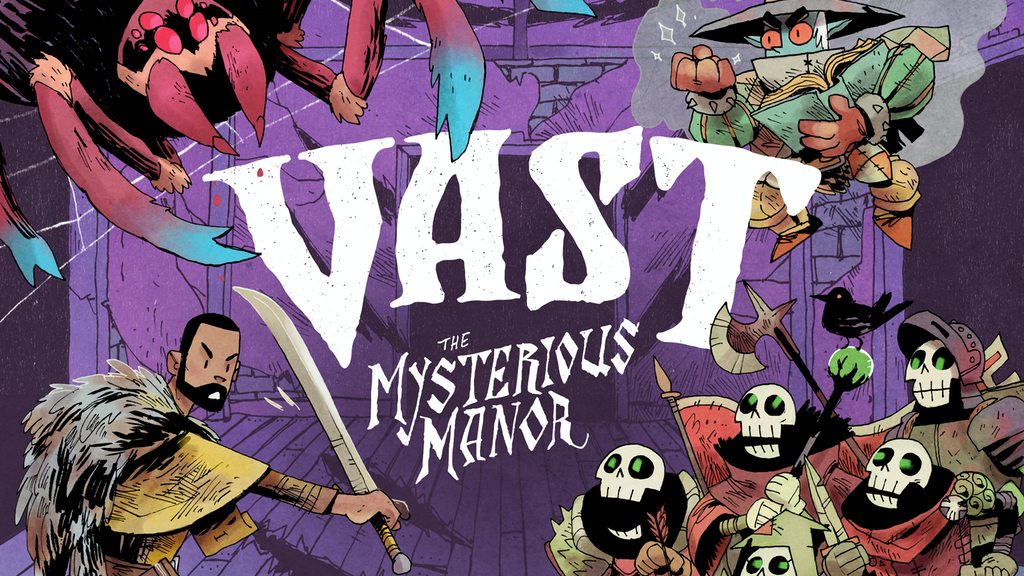 I know we already reported on this one, but oh boy, this one’s already a doozie.  Hugely funded and enjoying tons of popular support, Vast: The Mysterious Manor is a standalone game set in the world of Vast: The Crystal Caverns, Patrick Leder’s impressively ambitious asymmetrical opus that came out in 2016.  With lessons learned from that game’s success and from their recent Kickstarter of Root (which we got to play and really loved), we’re super psyched to see what Leder Games can bring to the table here.

Vast: The Mysterious Manor is another asymmetrical game, with each player taking on a completely different role (and rules and victory conditions) as they explore, escape, raid, and play as the titular manor.  Will you be the intrepid Paladin?  The numerous Skeletons?  The deadly, shapeshifting spider?  Spoilers: I WILL NEVER BE THE SPIDER.  Leder Games has introduced Mysterious Manor as a jumping-in point for the world of Vast, which makes us extra-excited, because the original’s ambition was, admittedly, a lot for some players.

We can’t wait to see how far the Vast: The Mysterious Manor Kickstarter can go!  Check it out! 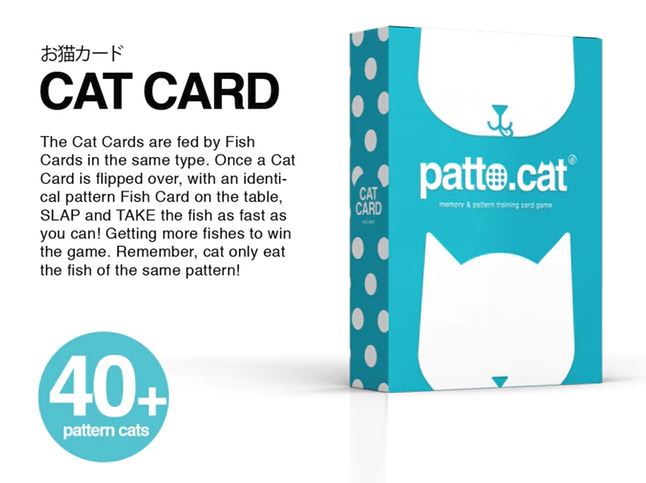 Hey, it’s my list so I get to put whatever adorable-looking cat games catch my attention.  But the good news is that Patto Cat looks like it will be lots of fun in addition to kinda adorbs!  In it, greedy cats are trying to snatch delicious fish.  The card grid is spread out on the table, face down, and players take turns flipping cards face up.  As soon as a fish and a cat of matching patterns are exposed, the player who slaps the fish first grabs it and takes the point! 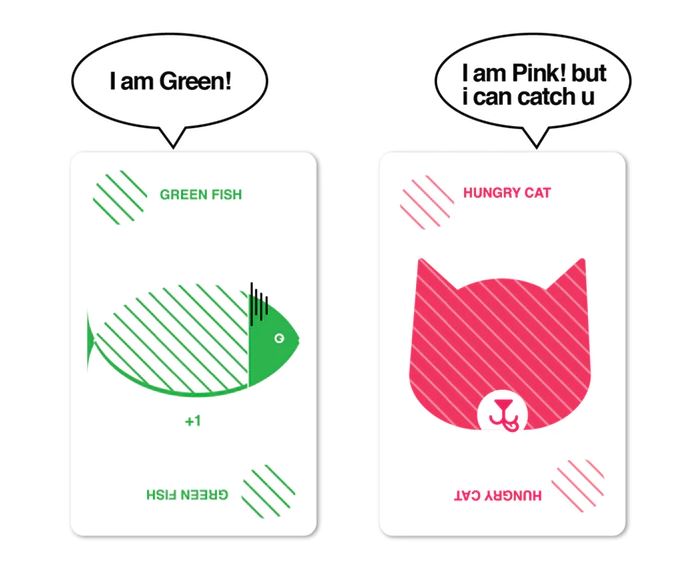 One thing I think will make this reflex game more interesting is the fact that colors are not the key to matching fish and cats – two cards might be the same color, but that’s just a distraction!  It’ll take…::Looks right and left to make sure Andrew’s nowhere nearby::…cat-like reflexes in order to-

Andrew:  UGH WHY WITH THE PUNS.

Check out the Patto Cat Kickstarter to get your paws on a copy! (I’m not apologizing for that one)

Whew!  Another week in the bag and another set of games to consider.  Obviously I can’t find them all – did you see a particularly awesome Kickstarter this week you think we should mention?  Let us know in the comments!