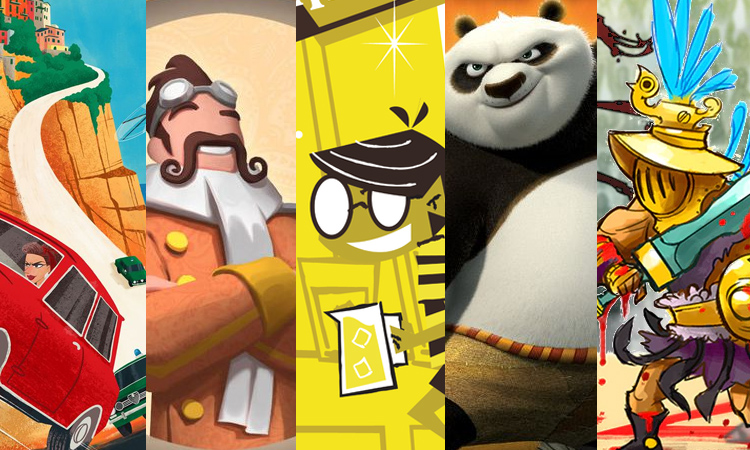 Grab your wallet and get set as we plunge into another Friday fun day or Kickstarter exploration! Which projects have caught my eye this week? Check out the list below to find out! 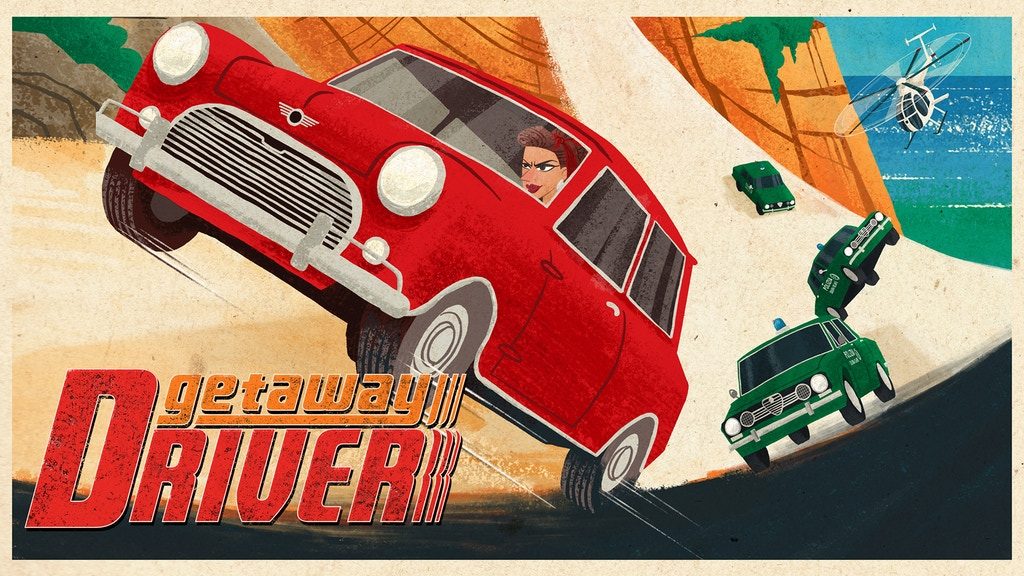 I love Tim Fowers’ Burgle Bros and Fugitive; two games that put us in the shoes of criminals either in the middle of a heist or escaping the law. Together, these games can almost tell a story, and now Jeff Beck adds to that action-packed tale with his game, Getaway Driver. 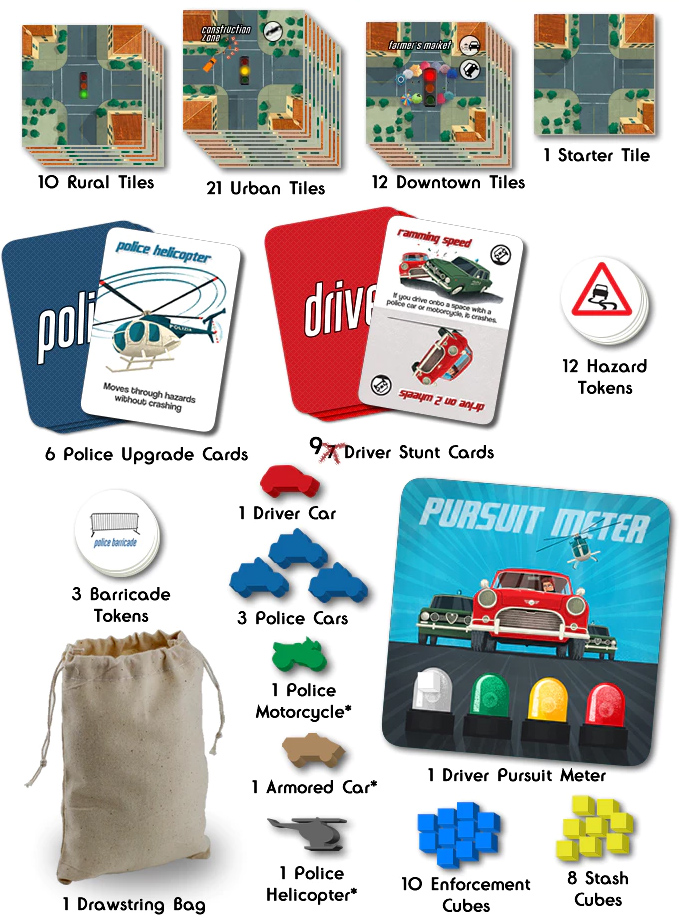 In Getaway Driver, one player is the cops and the other plays the driver racing to escape. The police player will build the city by drawing tiles from a bag and placing them facedown on the board, while the driver must try to navigate the city; anticipating where the police might try to corner them. It is a cat and mouse game between the two players that looks highly strategic and gorgeously illustrated.  Check out Getaway Driver on Kickstarter here! 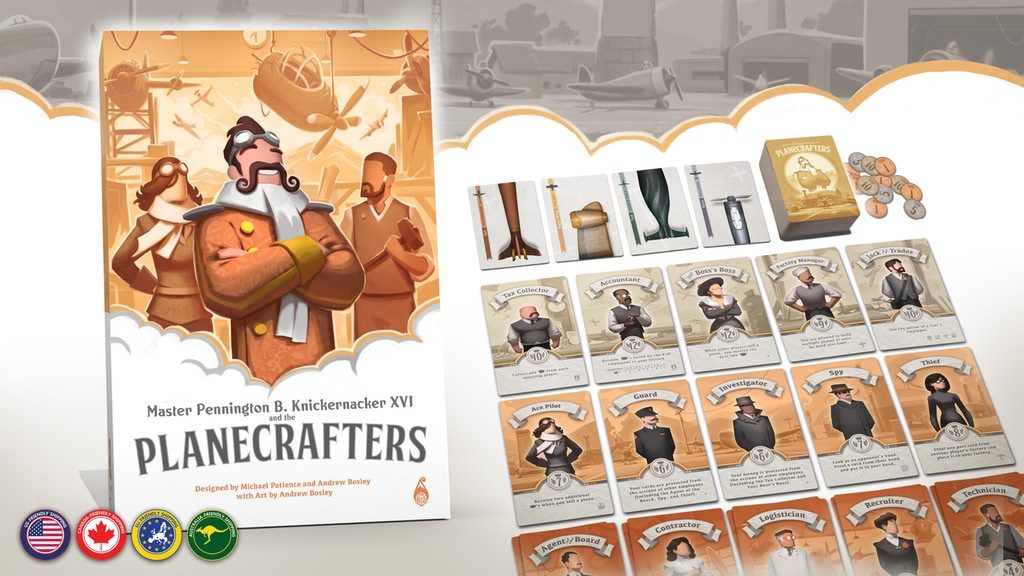 It might just be that I like saying “Knickernacker”, but Planecrafters looks like it will be a lot of fun. Here you’ve got a hand-management/set-collection game all about making and selling crazy planes. 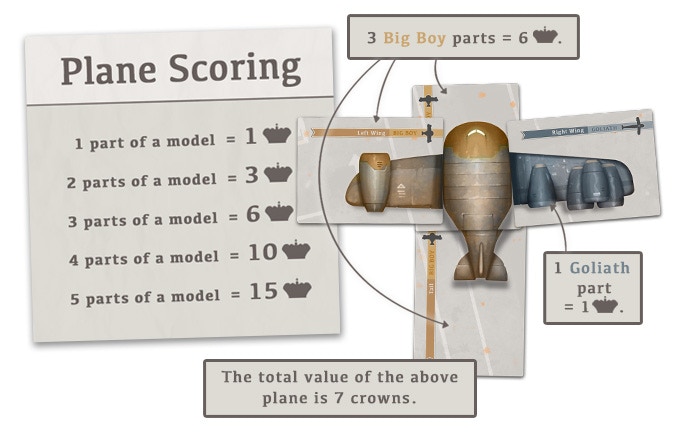 Each turn you’ll be collecting parts and assembling planes to sell. The more parts of a plane that match, the more points you’ll get for that plane, but you must always include a nose, tail, right wing, and left wing. There are also workers you can hire which will allow you to do things like sell incomplete planes or add on extra parts; giving you different ways to score your points. Planecrafters looks light and fun and i know I’d have a blast coming up with names for all of my dubiously constructed aircrafts. You can learn more on the Planecrafters Kickstarter page here! 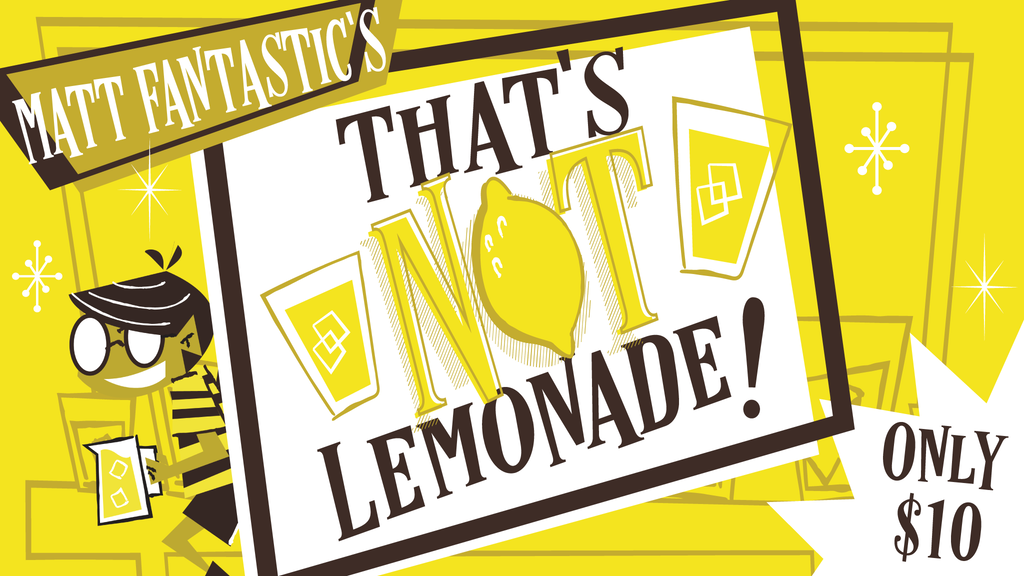 Charming and a touch horrifying, That’s Not Lemonade! is a push-your-luck game about trying to drink the most lemonade while avoiding drinking..um…something else…

On your turn, You must decide to wither take a card or pass. Cards are either lemonade, double lemons, ice, or the dreaded “That’s Not Lemonade!” card. If you get a “That’s Not Lemonade” card, you’re out for the round. If you manage to have the most lemonade by the end of the round you win and can keep 1 lemonade card for later rounds  while the rest get shuffled back. With players keeping scored cards round to round this means you are more and more likely to get stuck with a non-lemonade beverage…eww.

That’s Not Lemonade! looks like an easy to learn filler game and i love that it is designed so people can join or leave the game at any time without interrupting game-flow (so few games can do this).  You can get a tall glass of That’s Not Lemonade! (cringe) on Kickstarter here!

The Kung Fu Panda Board Game 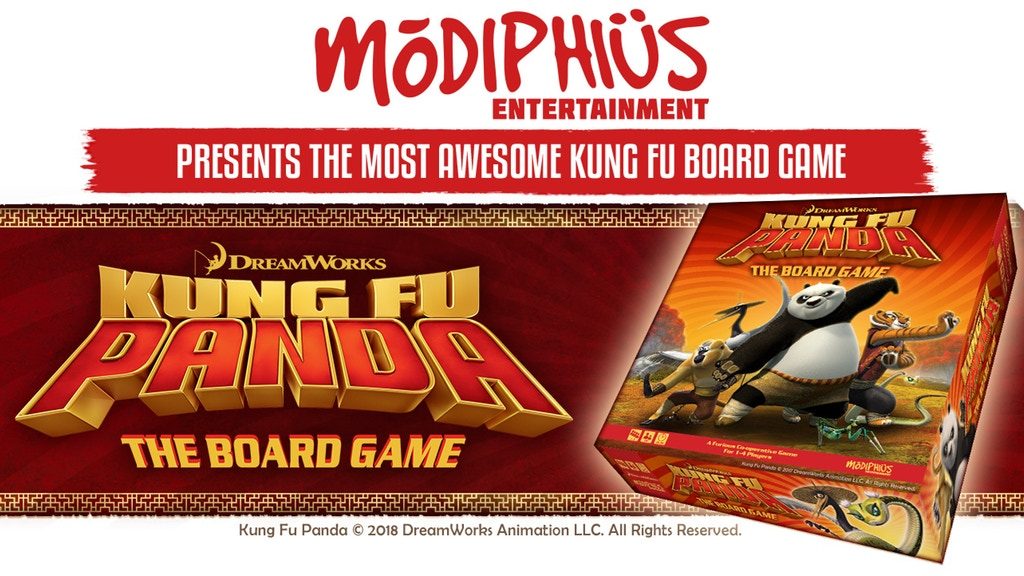 Aw heck yeah! Andrew and I love the Kung Fu Panda series and I had heard literally NOTHING about this game until I stumbled upon it in Kicxkstarter (I have to work on my kung-fu reflexes). The Kung Fu Panda Board Game is a real-time dice-roller where the furious five are trying to beat the notorious Tai Lung and his minions. 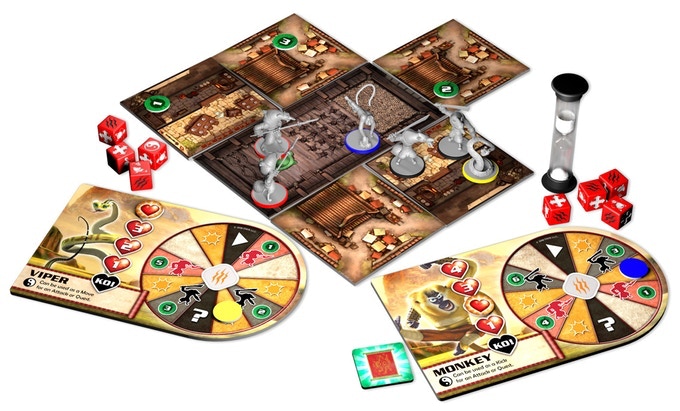 During the game, you’ll be rolling dice to do actions like kick, Punch, claw, or use your characters special ability. If you roll Claws on the dice, you’ll advance on the Dial of Destiny which can trigger enemies to spawn and attack. This is an officially licensed game and I really, really want it to be awesome (I’ll forgive the use of a sand timer if it is). Seize your destiny and check it out on The Kung Fu Panda Board Game Kickstarter page. 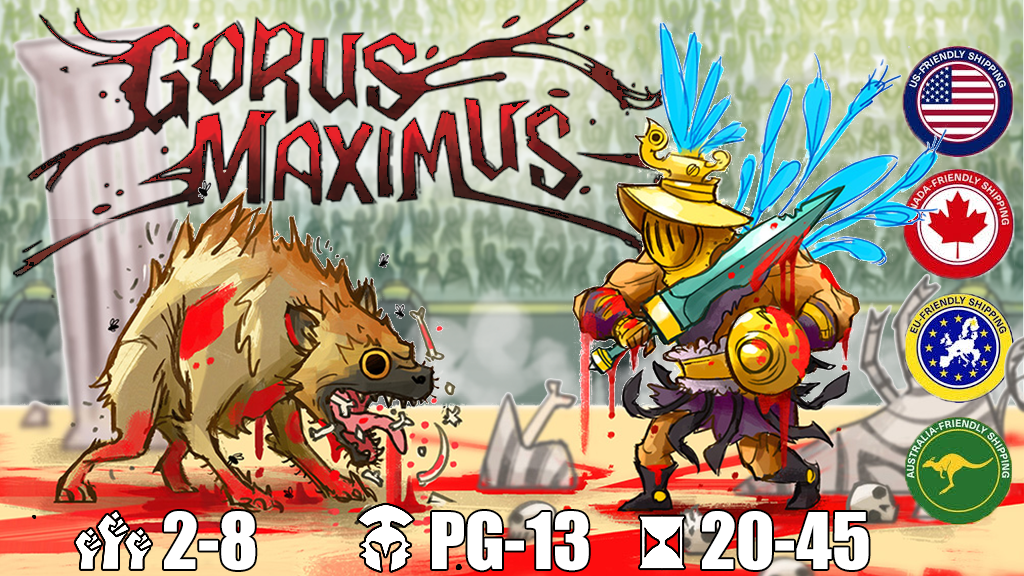 Gorus Maximus is a comedically gory trick tacking game about earning the crowds favor in gladiatorial combat. The fascinating thing about this game is that the trump can change mid-trick! If you play a card that matches the last one played, but from a different suit, the trump will change to your suit giving you the advantage.

Some gladiators will have positive or negative favor points and at the end of the round whomever has collected the most favor points will gain a support token. The first player to gain 3 support tokens wins. We just got a review copy of Gorus Maximus and I can’t wait to dig in. Keep an eye out for our upcoming review and check out Gorus Maximus on Kickstarter here!

Which ones do you think we rock our socks?Let us know which Kickstarters you’re backing this week comment below!