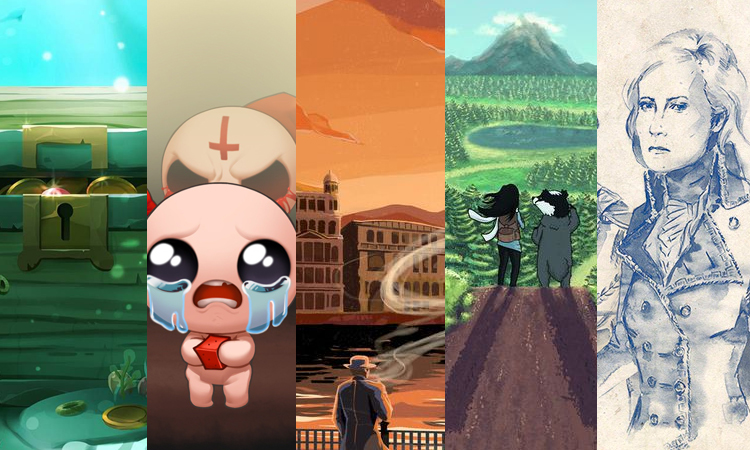 It’s Friday, so you know what that means: My Kickstarter List! Lets check out what caught my eye this week! 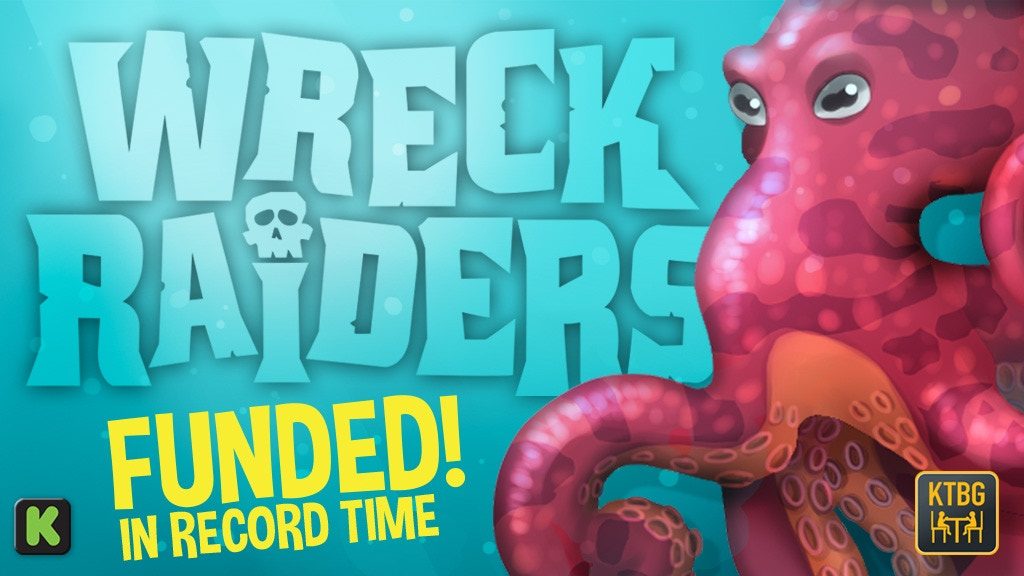 Wreck Raiders looks like a fun dice-rolling/set-collection game. In the game, everyone is trying to collect treasure from the sunken wrecks of pirate ships.

Every turn you’ll roll dice to see your options on which wrecks you can visit, but you have to be strategic in where you dive because the spaces next to wherever you place your meeple will also get to pick up treasure. If you place next to yourself this means double treasure, but, if you place next to your opponent they’ll get the bonus treasure. The treasures you collect can be used in different sets to claim points at the end of the game. 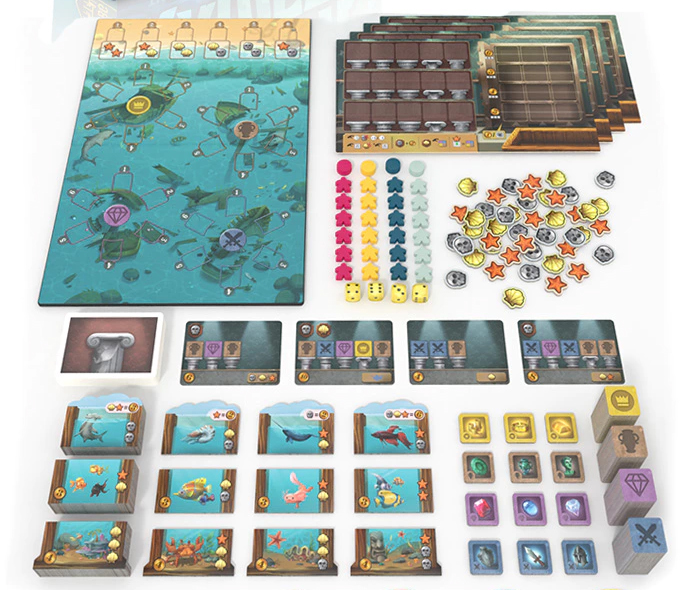 I like that the game uses the box lid for rolling and the Kickstarter version comes with a free mini shark expansion! Sharks are cool. Don’t let anyone tell you otherwise. Dive deep into the Wreck Divers Kickstarter here to learn more!

The Binding of Isaac: Four Souls 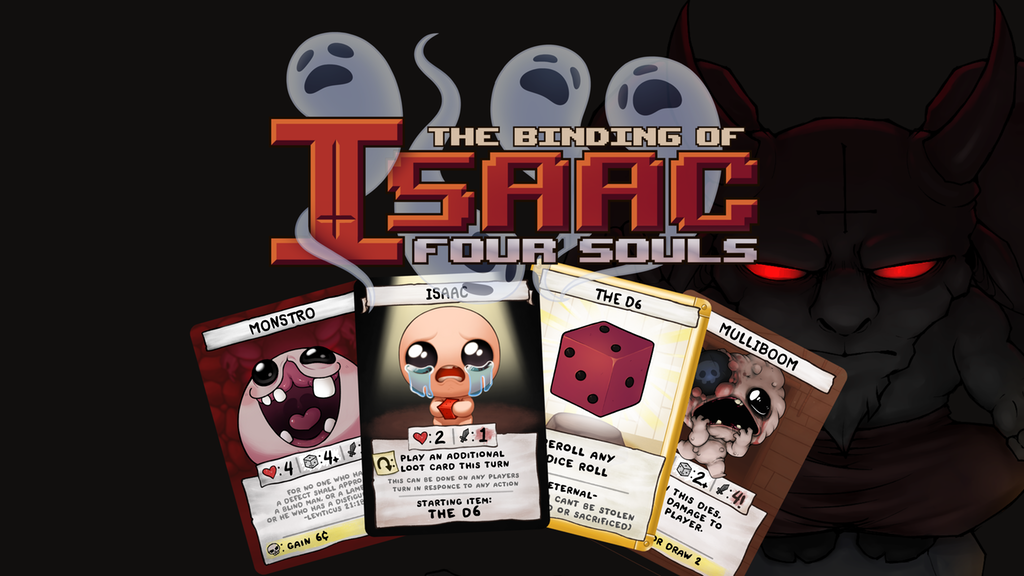 Edmund McMillen, designer and artist behind The Binding of Isaac, Super Meat Boy, and other disturbing and quirky video games, has put together a multi-player cards game based on The Binding of Isaac. The gameplay sounds similar to games like Munchkin in that players will have a character, adventure through dungeons fighting monsters, gaining loot, and betraying their friends. 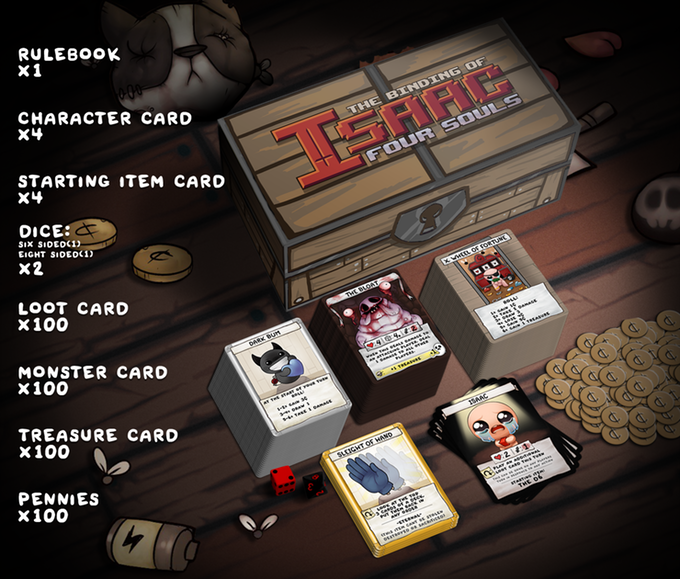 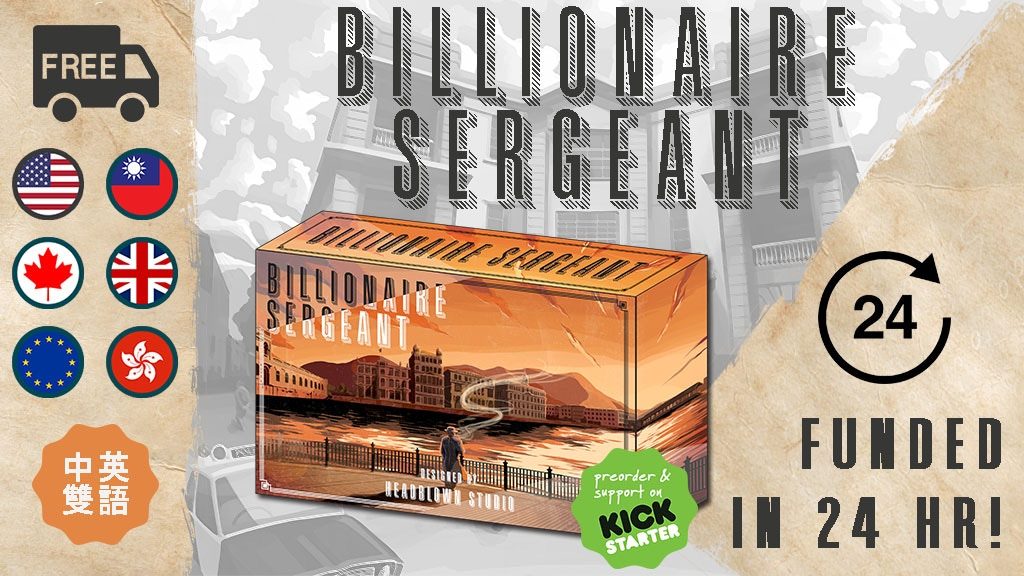 Billionaire Sergeant is a social deduction game about the corruption of the HK Police in the 1960’s to 70’s. During the game you’ll be one of 3 factions: A royal police officer, a corrupt police officer, or the Sergeant; each of which has a different win condition. 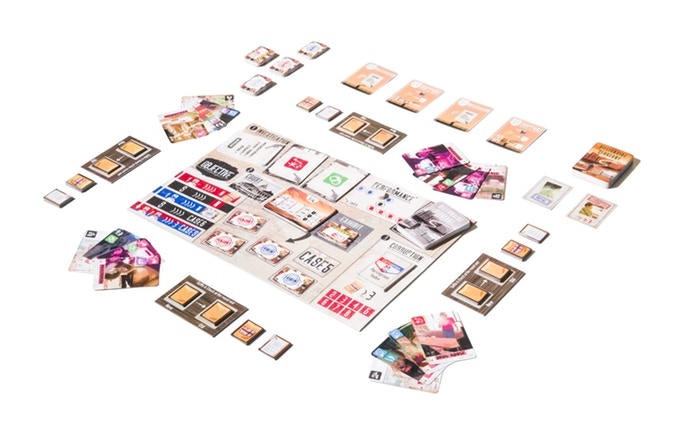 Players don’t know who’s playing which roles during Billionaire Sergeant and will try to deduce who is on their team by playing through cases where players will either try to help or hinder the investigation. The neat thing about this game is that you might decide to (or be forced) to change alliances partway through the game complicating the deduction aspect. Billionaire Sergeant looks like a neat twist on the social deduction genre. If you want to investigate more, head on over to the Billionaire Sergeant Kickstarter page here. 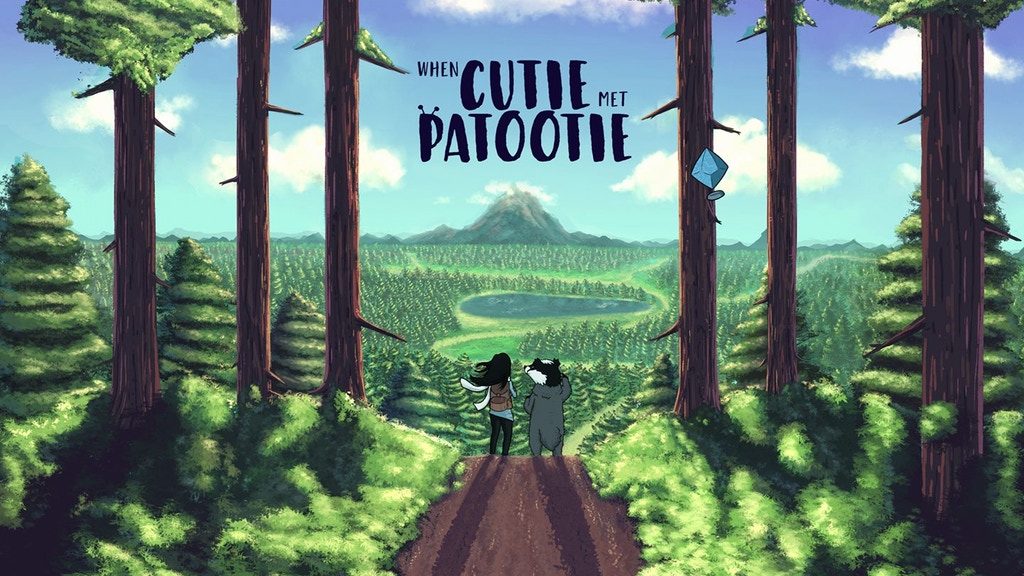 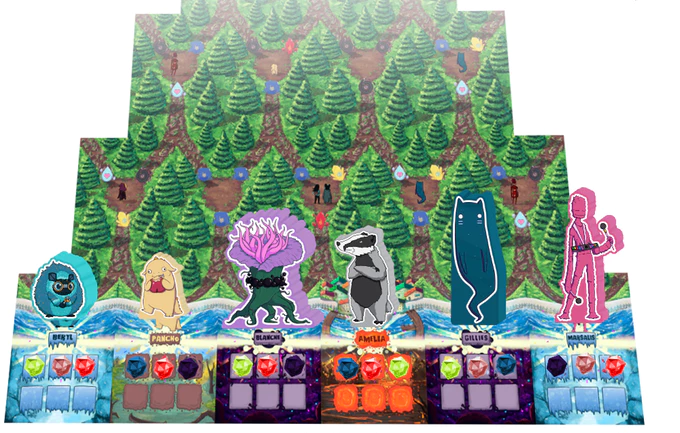 During the game, every player will have a secret goal that dictates which gems you’ll want the pawns to be carrying at the end of the game. On your turn you’ll be able to advance a pawn along the paths or collect gems. At the end of the game everyone compares their role card to the gems the pawns have collected to see who scores the most points and wins.

The game looks like it keeps everyone tuned-in to every action and as a bonus it has a really unique backstory that you can explore through the animated videos on the Kickstarter campaign. You can hear me voice Amelia the badger, one of the characters in the videos! You can check out When Cutie Met Patootie on Kickstarter here! 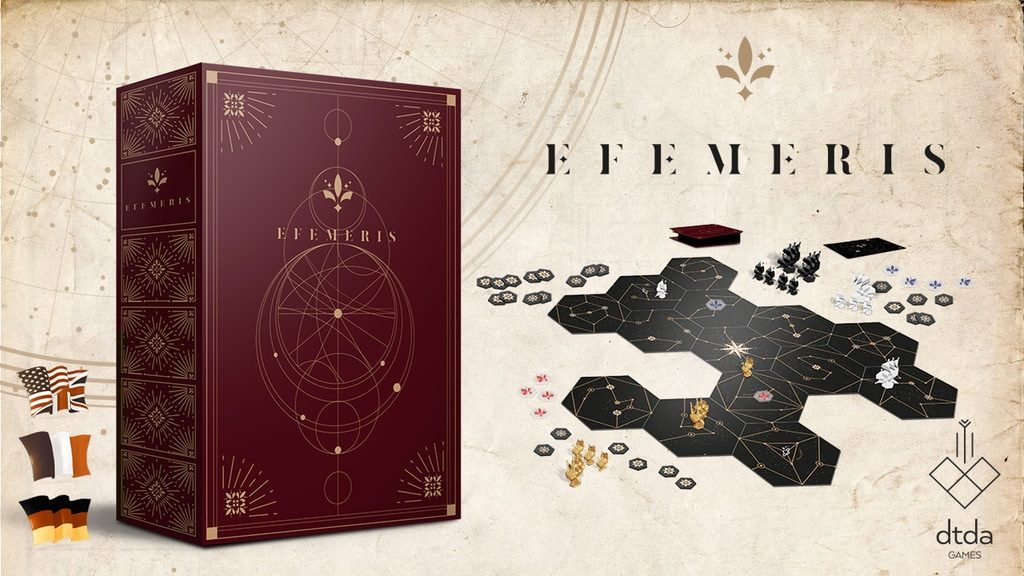 Efemerisis a beautiful 2-4 player abstract strategy game. In it, players are explorers looking to guide their captains to discover new paths between planets, gather resources, and claim planets. The first player to conquer 5 planets wins. 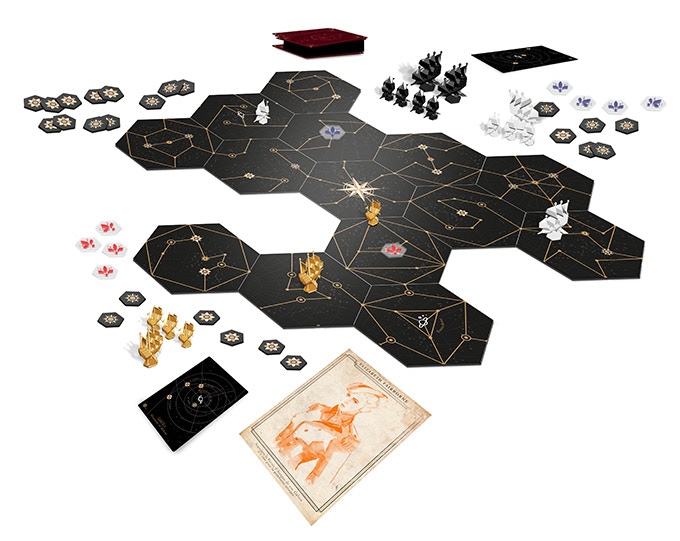 I tried a digital version of Efemerisis out and it was pretty fun. I like that and you’re building the starmap as you go and the combat system is really straightforward. Efemerisis Go take a look on Kickstarter here!is a good abstract game with a stunningly gorgeous design.

See a Kickstarter you think is keen beans? Let me know in the comments below so I can feature it next week!