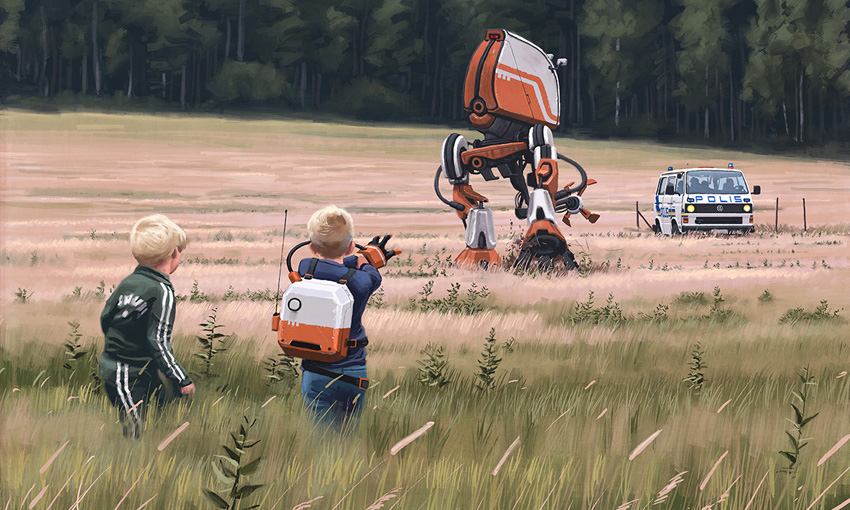 Awesome news! Amazon is working on a TV series based on Simon Stålenhag’s art for the tabletop roleplaying game Tales From the Loop! 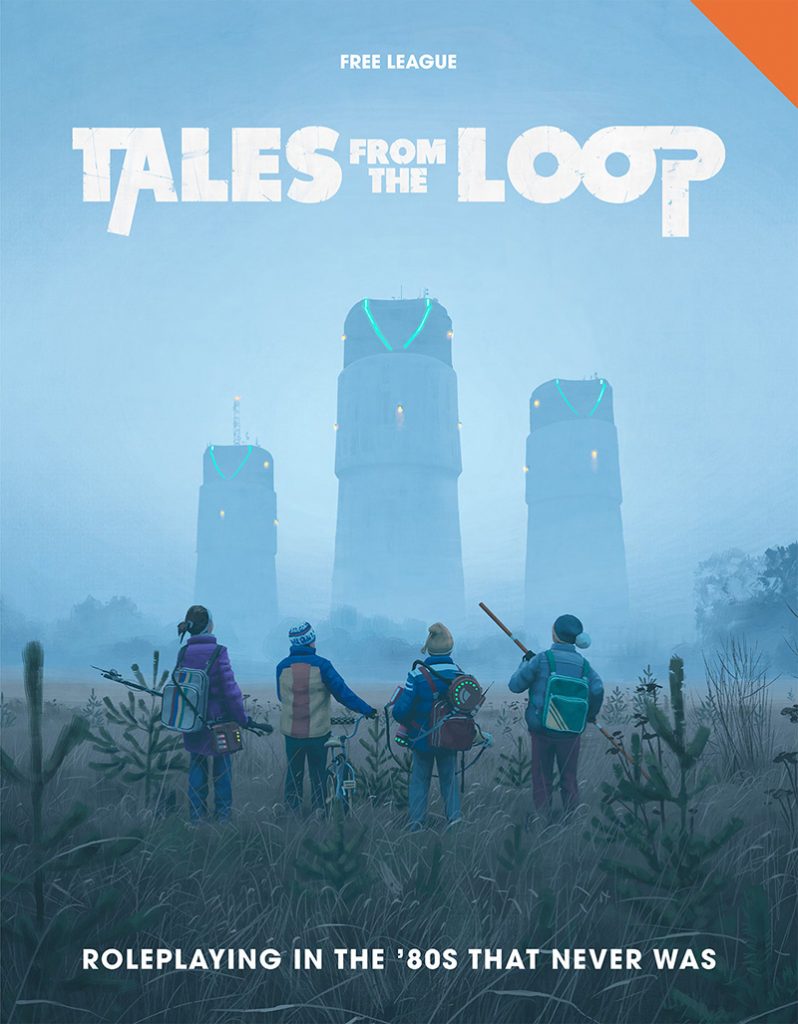 Amazon Studios is developing the show which blends rural life and science fiction and features a town of people who live above “The Loop,” the world’s largest particle accelerator. The Loop brings with it a host of strange occurrences, bizarre creatures, and quite a bit of danger.

“Simon Stålenhag’s paintings are renowned for their vision of a not-too-distant, futuristic landscape. We are looking forward to bringing that to life and sharing it with our Prime Video audience,” said Albert Cheng, co-head of television at Amazon Studios. 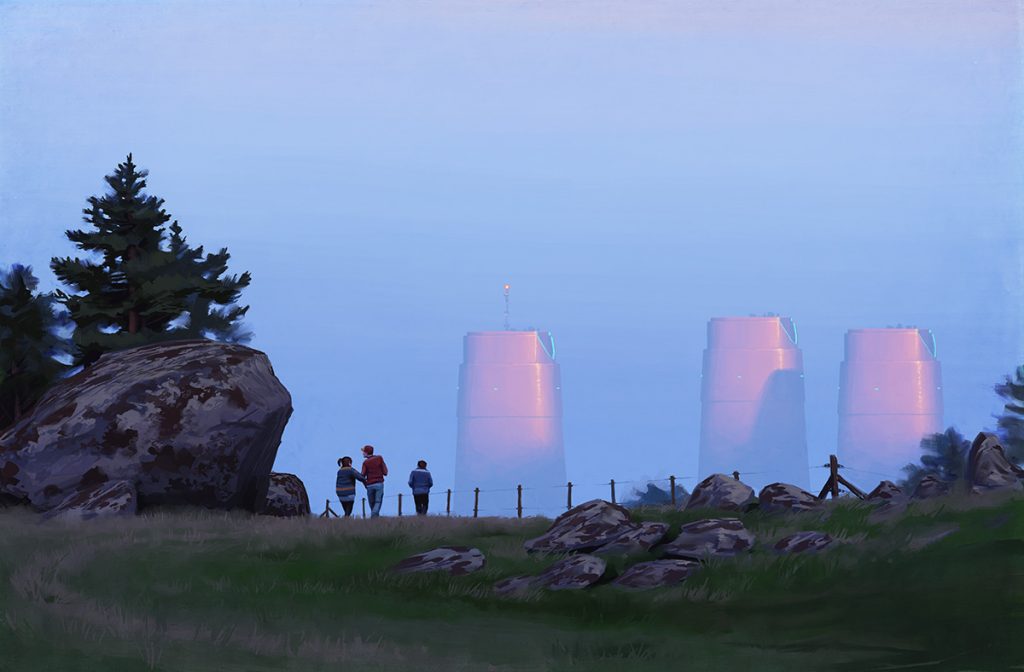 The eight-episode drama is being co-produced with Fox 21 TV Studios and will debut on Amazon. The fantastic Nathaniel Halpern, whose work on Legion was crazy cool (in my opinion) will be the showrunner and executive producer while Mark Romanek (Never Let Me Go) will direct the pilot.

“Nathaniel is a gifted storyteller who shares our passion for creating soulful, human stories that push the boundaries of genre programming and we’re thrilled to be working with him on this series,” said Sharon Tal Yguado, head of scripted genre programming, Amazon Studios.

There is no word yet as to when the show will premiere, but we are certainly excited to see what Amazon Studios cooks up for the series. Check out Free League Publishing for more info on the game the show will be based on.