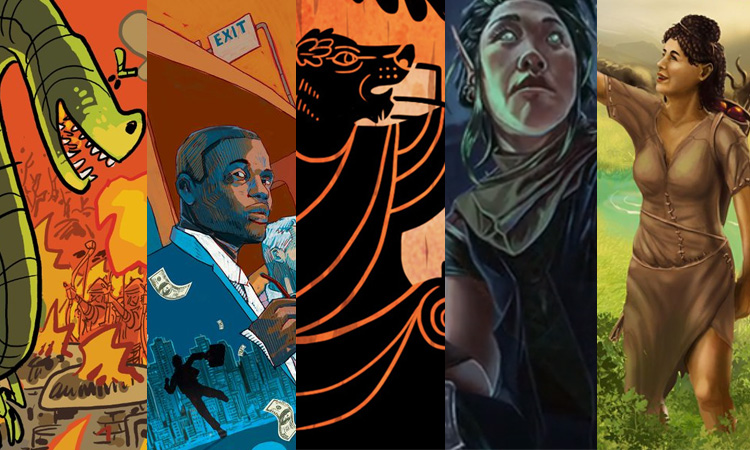 For many folks Fridays mean payday which inevitably means perusing Kickstarter for things to back with your hard-earned cash. Sit back and relax as I present 5 Kickstarters that look mighty backable this week:

Trogdor!! The Board Game 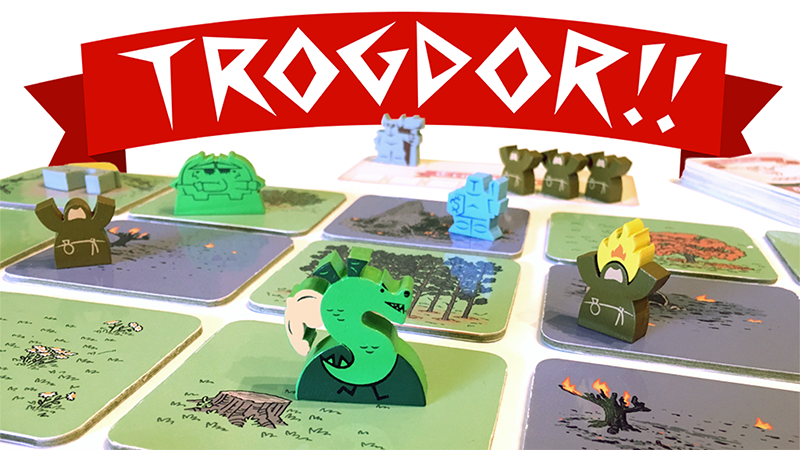 Ok I might be a little bit excited. Whew. So back in college, my friends and I were huge Homestar Runner fans. The flash-based webtoons were bonkers and absurd and if you’ve never seen them, check them out here on YouTube. In one of the episode, Strong Bad Email #58 – Dragon, Stongbad draws a dragon named Trogdor and hilarity ensues. 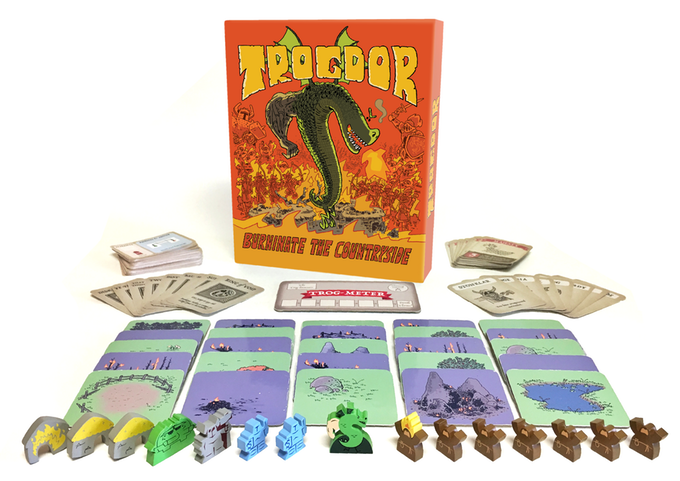 Now the fabled burninator, Trogdor, returns to the world in board game form. The Brothers Chaps and James Ernest have joined forces to create an area-control, cooperative game where you and your friends take on the roles of cultists called the Keepers of Trogdor. It’s your job to help the dragon burninate the countryside. Of course there are heroes who would really rather you didn’t set everything aflame and will try to stop you.

I ‘m so excited for this game. Trogdor!! The Board Game has all the delightful quirkyness of the original cartoon as well as some amazing meeples (including ones that can be topped with a fire-meeple to indicate their “on-fireness”). I also love that they mention that the meeples are stackable and you can play the unofficial stacking game (which I play with every game that has meeples of any sort).

Pop on over to the Trogdor!! The Board Game Kickstarter to learn more! 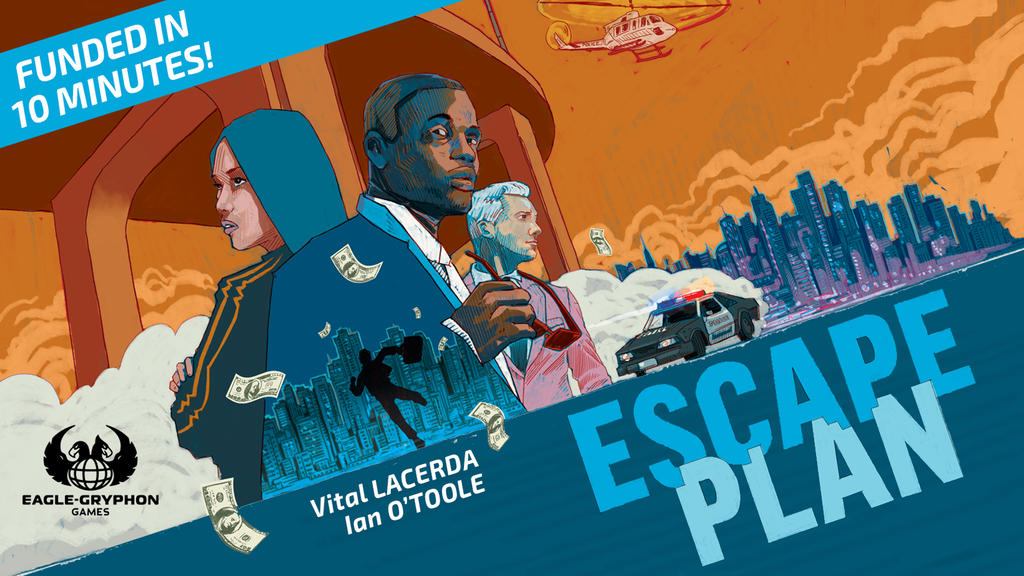 Here’s the deal with Vital Lacerda’s newest game Escape Plan: You’ve have just pulled off a big heist and now it’s time to bounce before the police track you down. Your money is hidden throughout the city and you must grab as much cash as you can on your way out. 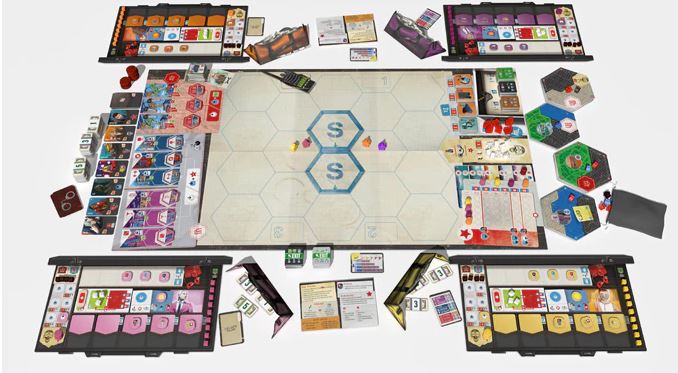 Not only will the local police try to arrest you, but SWAT have been called in to  close off the city’s exits and your fellow team members might just finger you for the crimes in order to secure their own escape.

I like that, in Escape Plan, players control their own pieces as well as influence the cops movement. So while you are planning the perfect getaway, you can use the police to slow your opponents down. Like many other Lacerda games, this one looks like it will be packed with tons of bits and awesome art by Ian O’Toole. Andrew and I like a lot of Lacerda’s other games, so I’m pretty confident that this one will be a hit. Loot a copy of Escape Plan for your very own here on Kickstarter.

SPQF: Deckbuilding in the forests of Antiquity 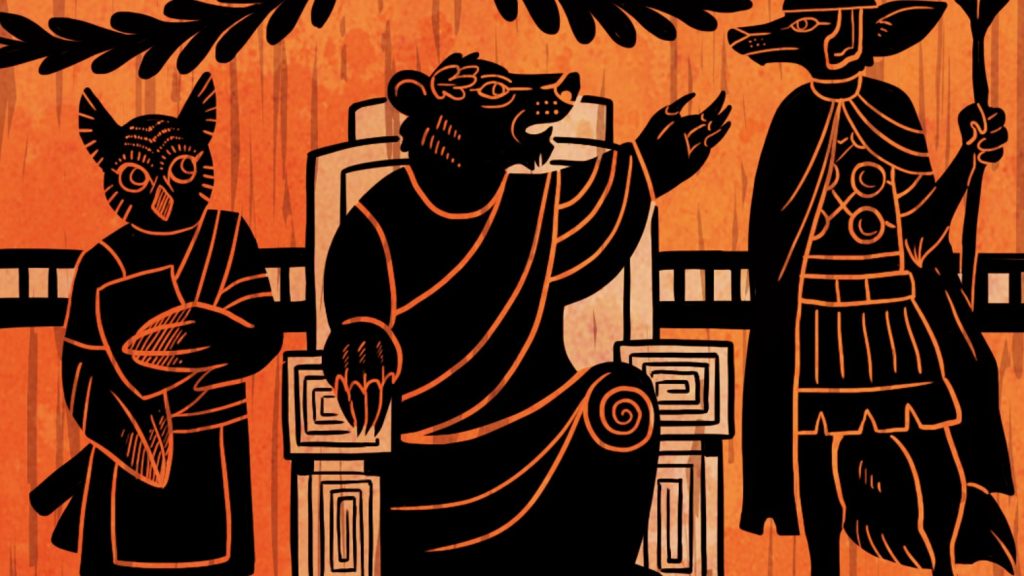 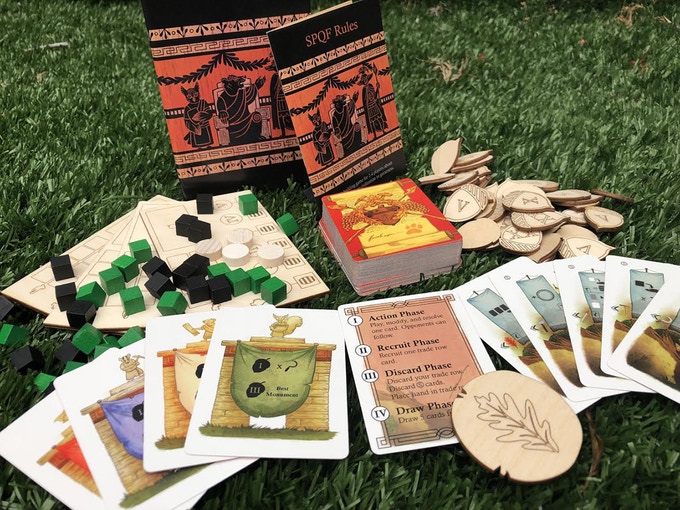 The game has a few features that deviate from common deckbuilders like allowing players to recruit their opponents unused cards( making what you don’t play just as important as what you do) and giving players the ability to follow other players actions (keeping you interested in what everyone else is doing). SPQF’s components also look great combining beautiful art by Sid Quade with fancy wooden tableaus and victory point acorns. SPQF will only be available through the Kickstarter, so if you are interested go check out the campaign here before it’s too late!

Thunderstone Quest Back to the Dungeon from AEG 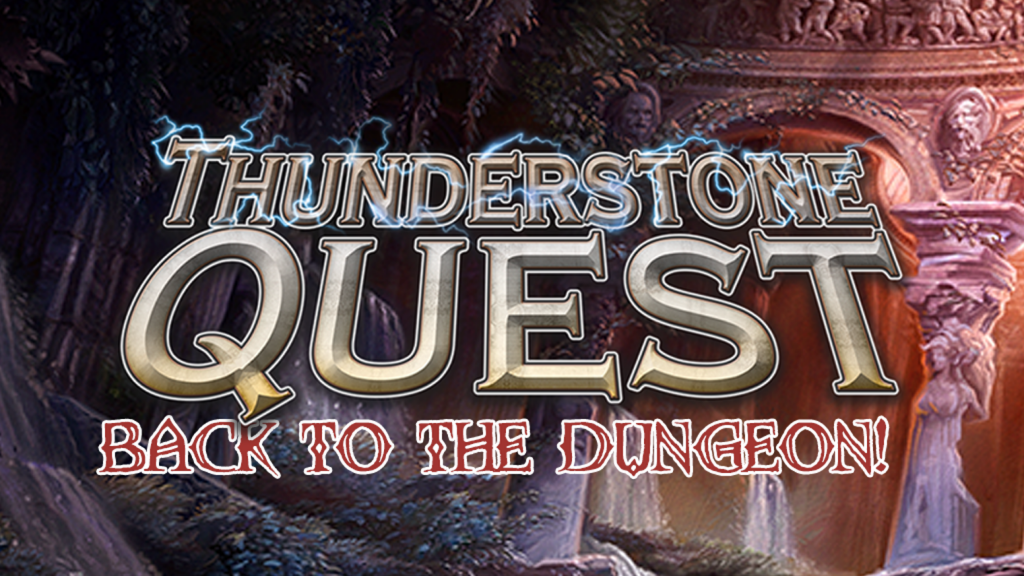 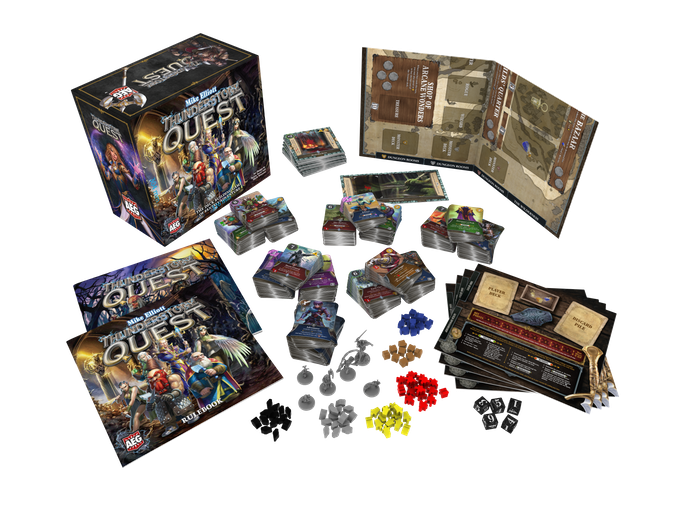 Back to the Dungeon adds the option for cooperative and solo play (a widely requested feature, according to AEG), as well as a new sixth quest to play through.  Kickstarter stretch goals include a whole mess of new cards, so if you’re interested in checking out the successor to a really awesome deckbuilder, take a look at Thunderstone Quest: Back to the Dungeon! 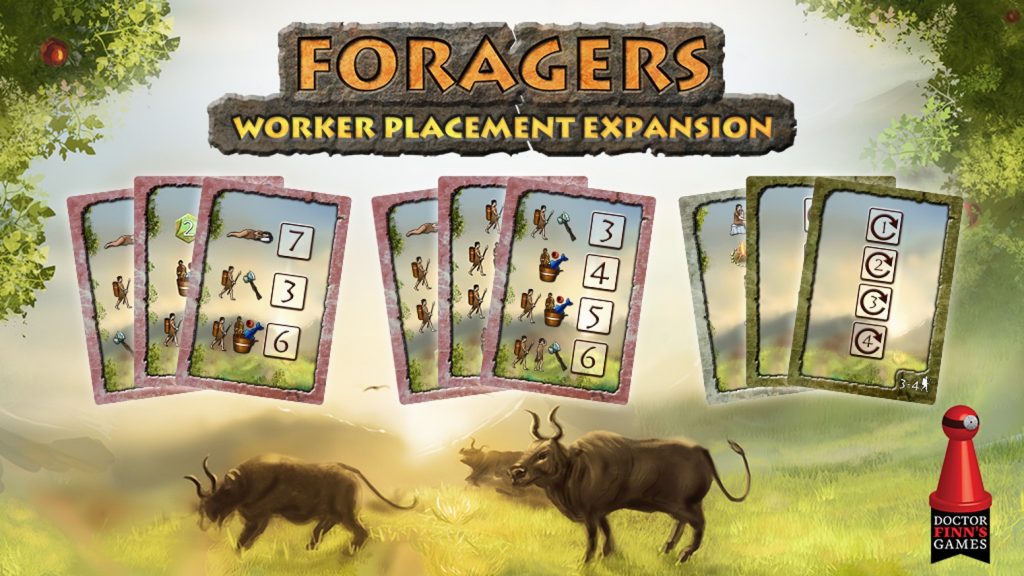 Foragers is a fun pick-up-and-deliver game about prehistoric humans gathering foodstuffs. This campaign is for the expansion which adds a worker placement mechanic into the game.We never reviewed Foragers on Gameosity as it was a very limited print run, but I’ll tell you this: Foragers was really delightful!

Andrew:The games modest components really don’t do its accessible and engaging mechanics justice, but we had fun with it all the same.

This new expansion sounds like it adds a lot more meat to the game and I am excited to see how it will change the game flow. If you don’t have a copy of Foragers never fear! Dr. Finn is making it available though the Kickstarter as well as two add-on: C.O.G. and a Foragers promo pack. This maybe your last chance to ever pick up a copy of Foragers and the Kickstarter campaign is going to end super quick so if your interest is piqued, GO BACK IT NOW!

That’s it for this week. Did we miss any amazing games on Kickstarter? Let us know in the comments below!