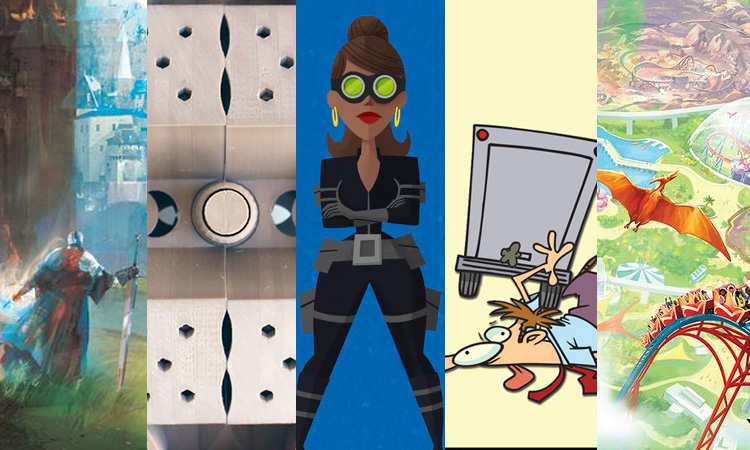 Every week I like to round up a few of the Kickstarters that caught my eye. Whether they have awesome art, amazing minis, cool mechanics, or just look really, really fun, these gaming Kickstarters are worth a look!

Call to Adventure featuring Name of the Wind 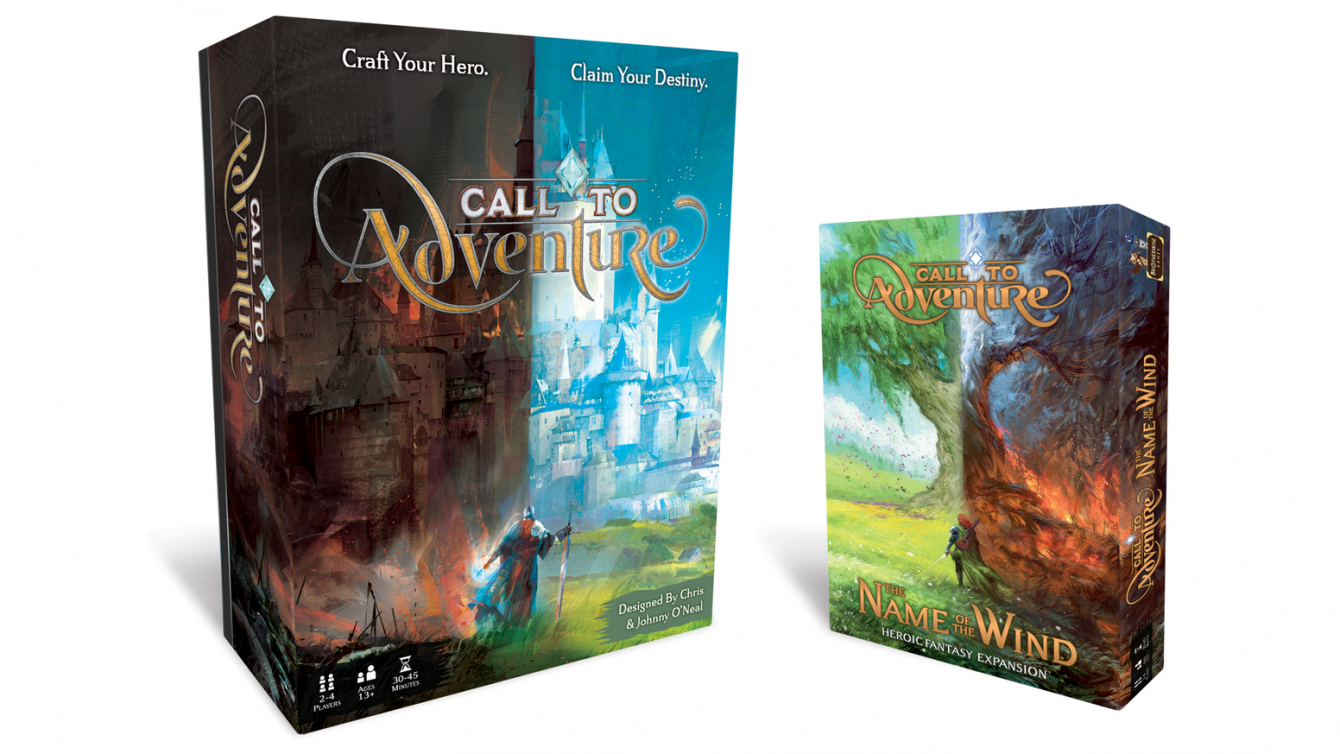 One of my favorite parts of roleplaying is coming up with my character. Call to Adventure focuses on this idea; asking 2-4 players to create a hero with the greatest story. The game begins with you deciding on your Origin, Motivation, and Destiny and then facing challenges and acquiring traits to add to your character. The game plays out over three acts and the player who has accumulated the most Destiny points wins!

The game has a neat mechanic where you use runes instead of dice which I think gives the game a little more thematic feel. As an amazing bonus in this Kickstarter, you can also pick up the first expansion for the game which is set in Patrick Rothfuss’s Kingkiller Chronicles series. The expansion will add new Challenges, Destinies, and new rules. I am a big Rothfuss fan so this is super exciting to me! Go check out Call to Adventure here on Kickstarter to learn more.

Adella – The Game of Crimps 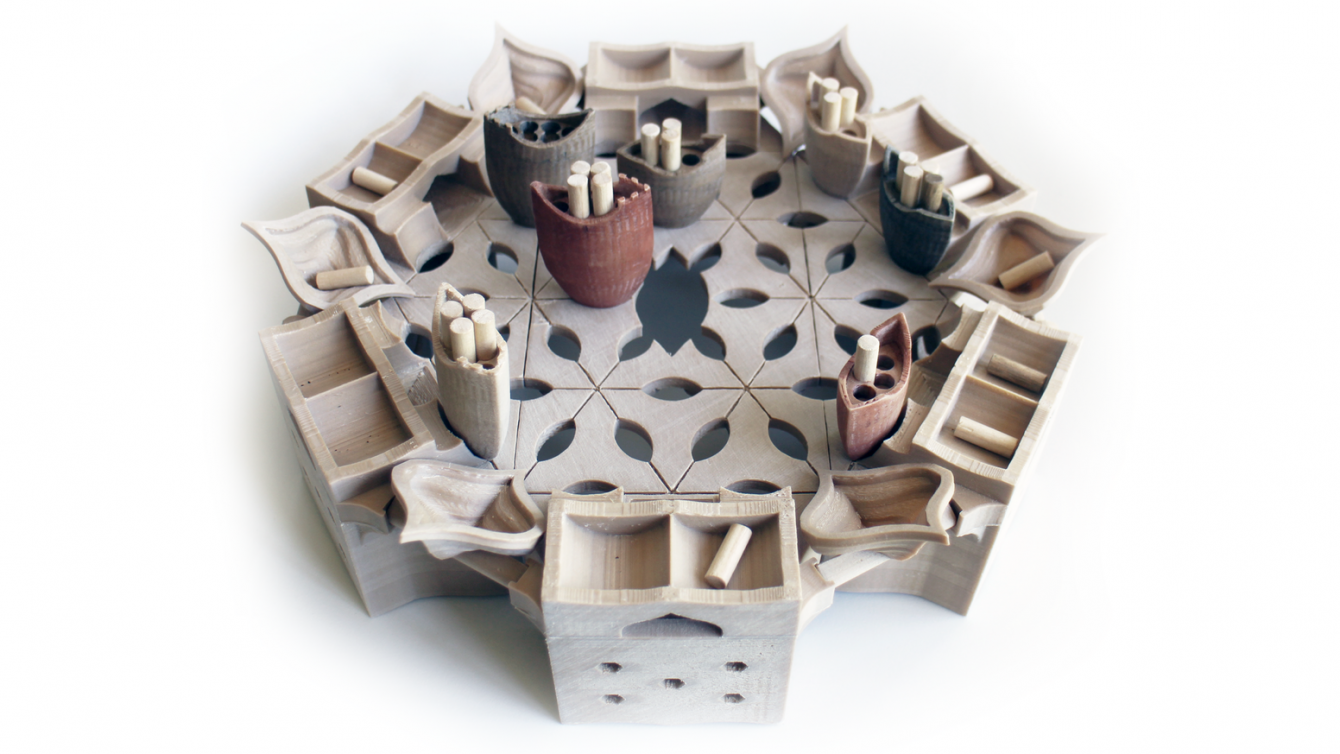 I am floored by the craftmanship behind this game. Adella is a moving sculpture/board game that is 3D printed and hand assembled to produce a truly stunning showpiece. The game itself is based on the historical act of crimping (kidnapping people and forcing them to become sailors).

To play, everyone will take turns moving pegs onto their ships and sailing. If aboat has 3 pegs aboard then it is considered to have cannons and the ability to sink ships if it moves into a parallel position to an enemy vessel. To win, a player must sink or plunder all of their opponent’s ships. Adella is beathtaking visually and while the full rules are not available yet, from what I’ve read it looks like an interesting mix of mancala and pirate battles. You can learn more on the Adella Kickstarter campaign here. 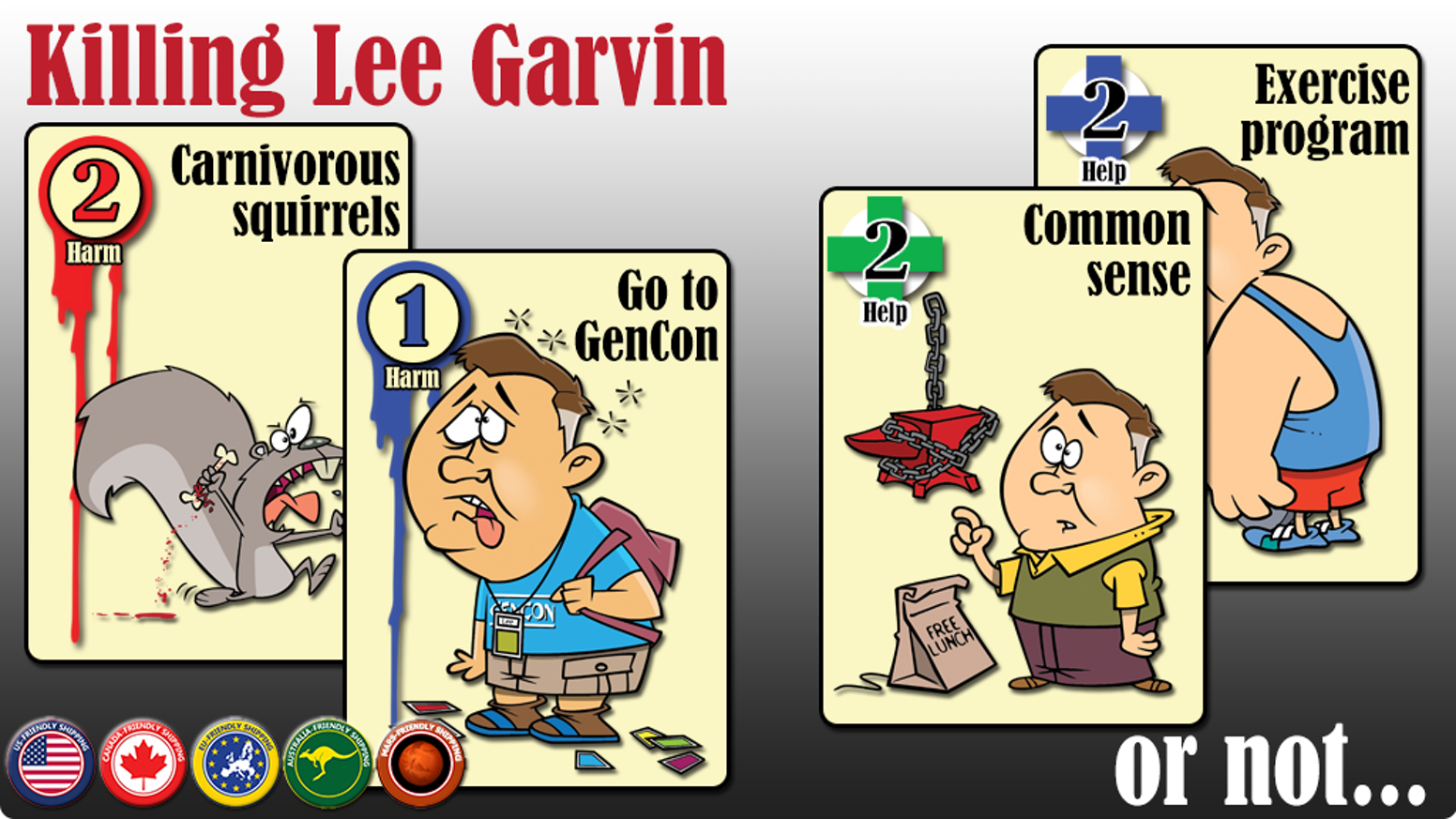 I like it when I can pick up a new game and also help someone in need at the same time. Lee Garvin is the designer of Tales from the Floating Vagabond, Badass Zombie Killers and Lee has had some poor luck in the past few years and his medical bills have mounted. In order to help his good pal Lee, Greg Porter has created a game called Killing Lee Garvin, that he can sell to help Lee pay off his debts and stabilize his life. 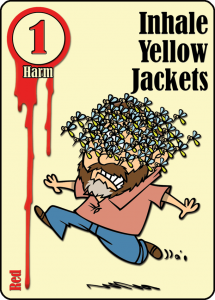 Killing Lee Garvin is is a 3-6 player card drafting/hand management game where your goal is to either heal Lee or manipulate one of the other players into killing him when you have the best board position. It looks delightfully sadistic with ridiculous art by cartoonist Ron Leishman and, according to Lee, some of the cards show real-life events that happened to him. Yes, Lee one inhaled yellow jackets…He really does have terrible luck. Help Lee out and take a look at Killing Lee Garvin on Kickstarter here. 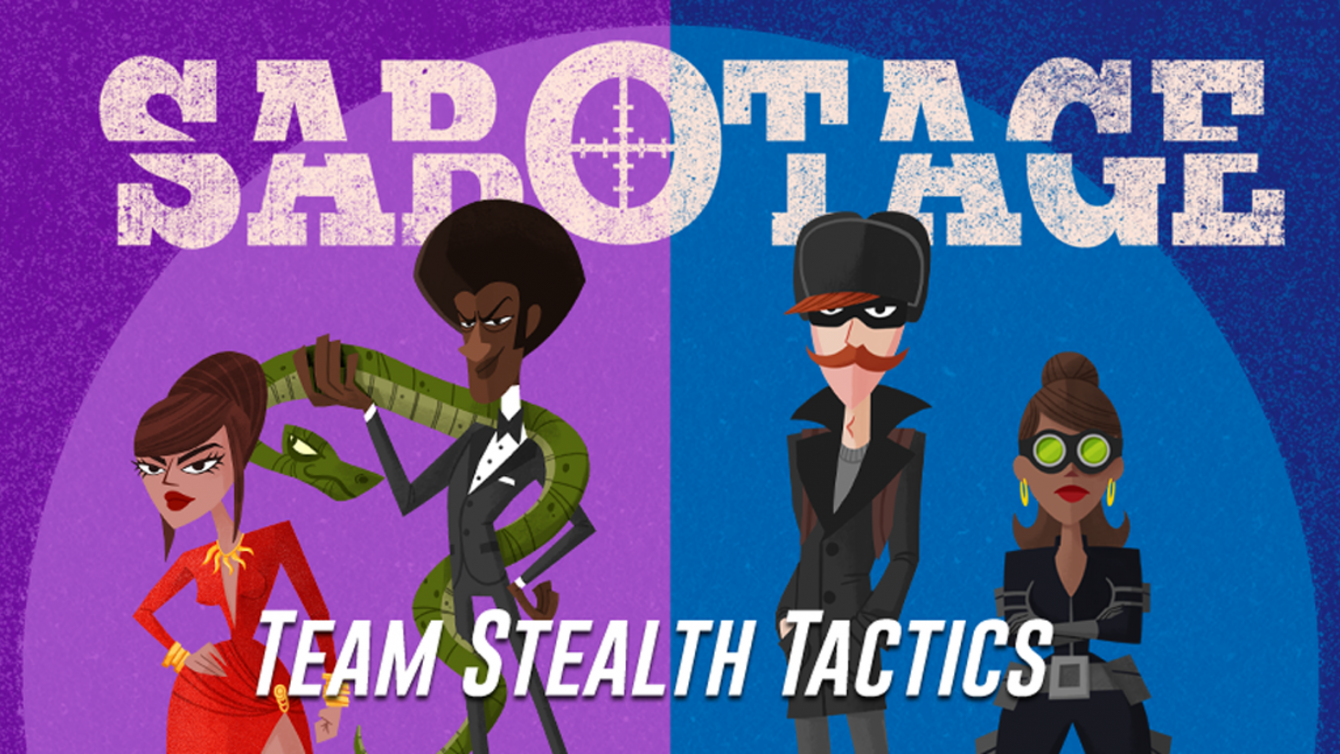 Set in the Burgle Bros. universe (which is really full of crime) Tim Fowers’s Sabotage is an asymmetric stealth game between two teams: Villains and Spies. The villains are up to no good (trying to take over the world) while the spies are looking to stop them.

Each team will have a hidden map where they can program their moves. Each side will try to deduce where the other is trying to go so that they can foil the other teams plans and achieve their victory. Fowers’s designs are always slick and a fantastic time. I always look forward to seeing what he has in the pipe for this setting and Sabotage sounds like it will fit perfectly into the Burgle Bros. collection. Check out Sabotage on Kickstarter here. 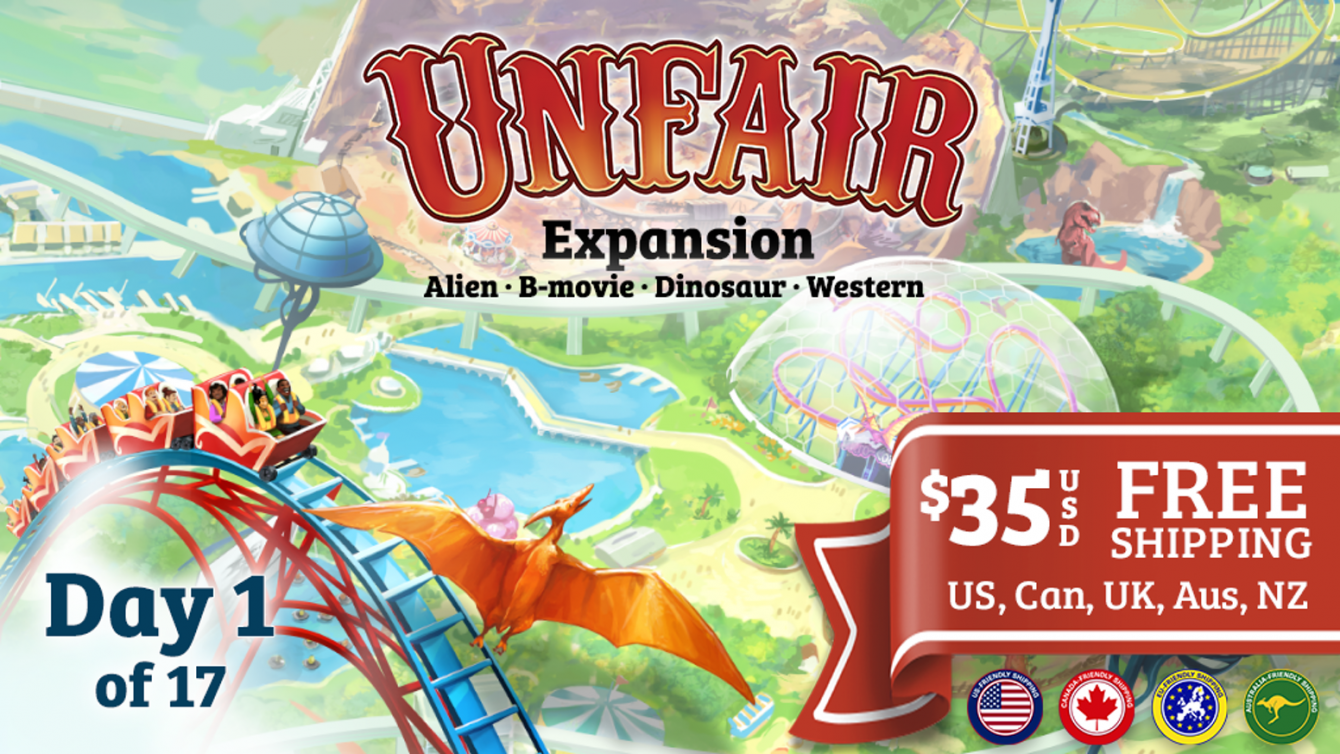 Unfair is a game about building theme-parks. When we first reviewed the game, we thought it was a cool idea, but we wanted it to do more. Now, with this expansion, it does! 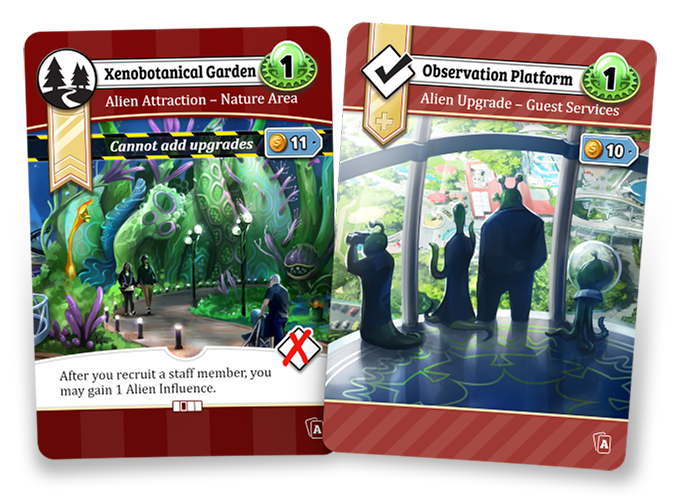 This expansion adds new themes (Alien, B-movie, Dinosaur, Western) which give the game more variety and new strategies to master. Each theme has new mechanics such as the aliens which add influence tokens. If the workers in your park gain alien influence, they’ll be mysteriously whisked away (for experiments) and shuffled back into the Park deck. This expansion is a great way to add more fun to your Unfair game, but if you don’t already own a copy of the base game, have no fear! The Kickstarter also offers a backer level which gets you both the base game and expansion. Grab your ticket to Unfair by checking out the Kickstarter campaign here!

That’s this week wrapped up, but come back next Friday for more Kickstartery fun! In the meantime, let us know which Kickstarters you’re interested in!