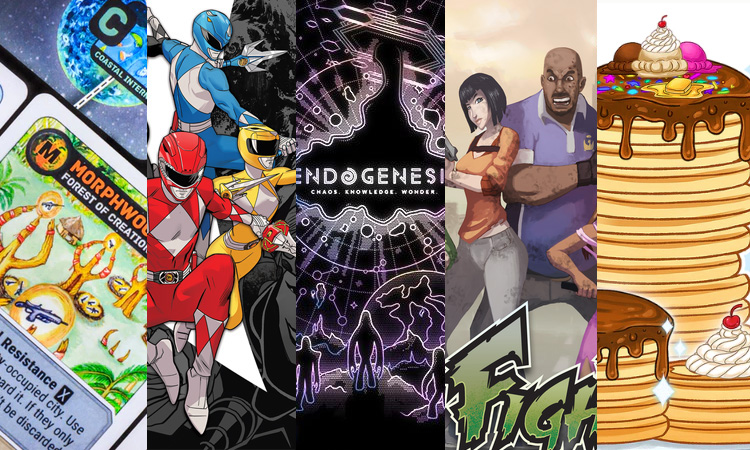 Welcome to another exciting week of Kickstarters! Which ones are tempting me with their exciting themes and awesome minis? Check out the list below to find out! 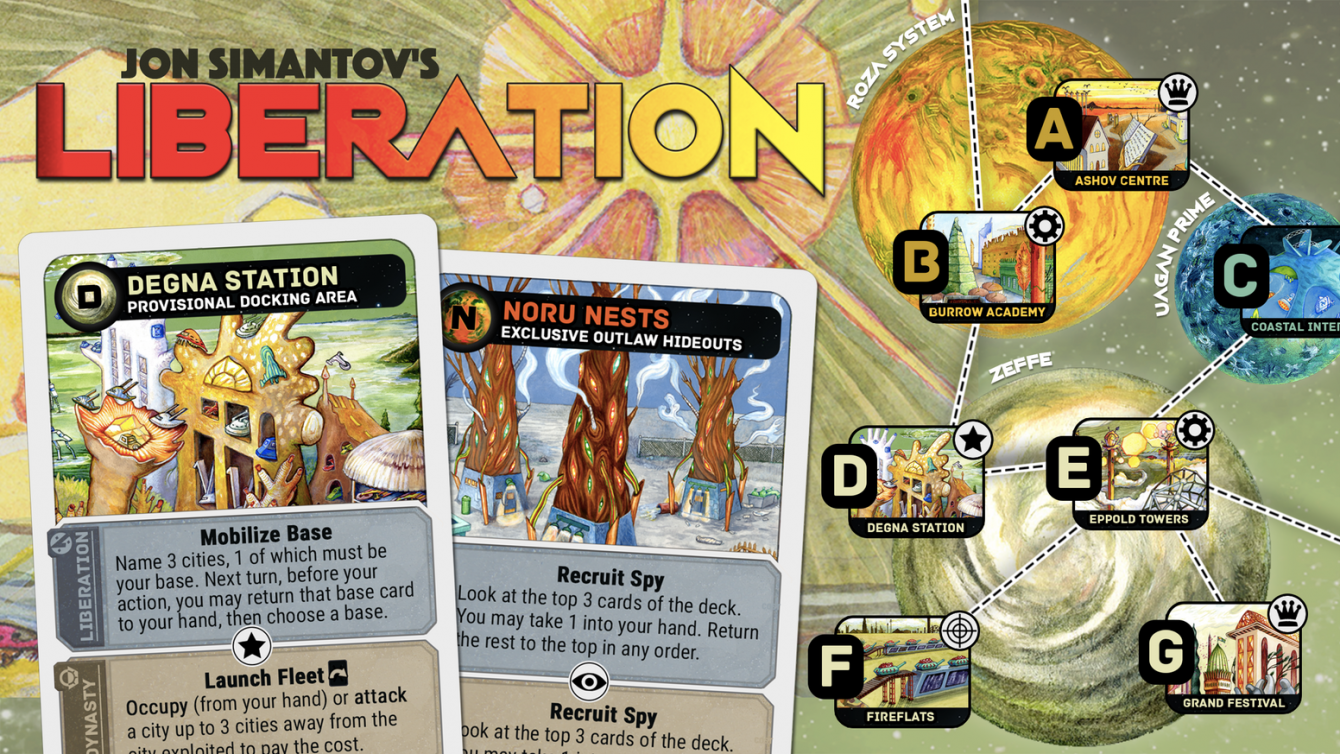 Buttonshy Games are well known for their tiny wallet games that pack in a lot of fun. In their newest hand management game, Liberation, you get an entire galactic rebellion in only 18 cards. 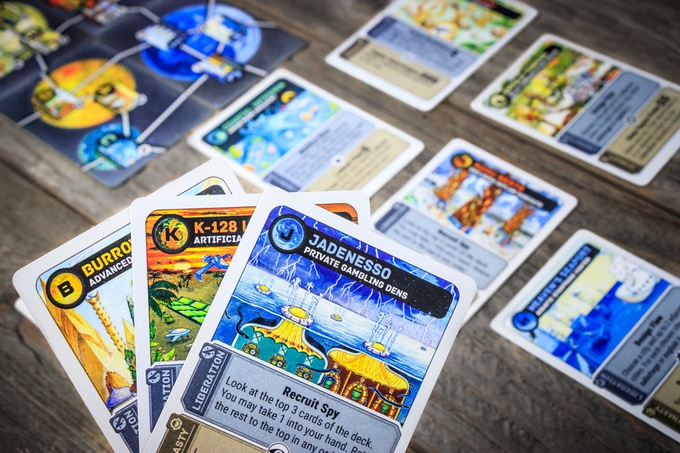 I really like that Buttonshy games are small enough to toss in your pocket and often don’t need any other components to play. You can bring an entire collection of these wallet games on trips and never run out of things to play. Liberation looks like another fine addition to the series and with this Kickstarter when you back the base game you get the expansion for free! Check out Liberation on Kickstarter here!

Power Rangers: Heroes of the Grid Board Game

I know a lot of people right now who are freaking out about this game. Yep the Power Rangers have made their way onto Kickstarter as a co-operative minis game for 2-5 players designed by Jonathan Ying.

As Power Rangers are wont to do, you’ll be fighting against the evil Rita Repulsa and her goons. Each player will have their own combat deck with different abilities and fighting styles thet they will use to defend four different zones. As you play you’ll be able to unlock the Zord cards and eventually form the Megazord to face off against the boss. 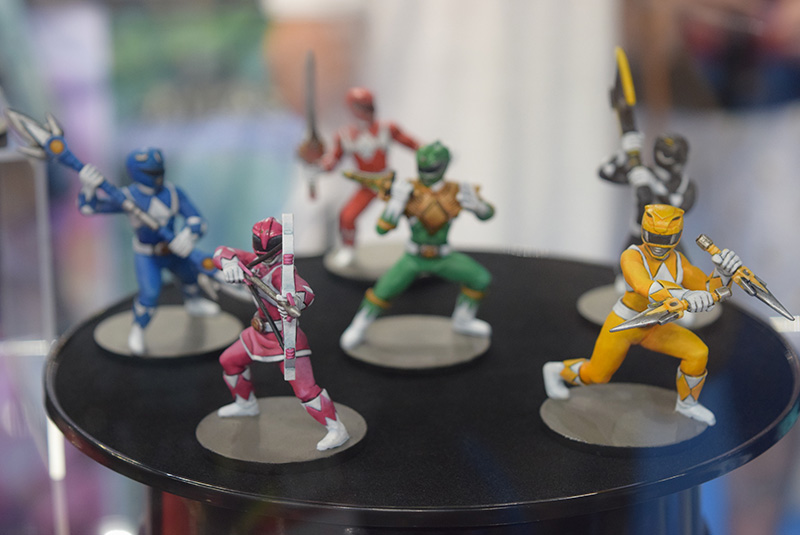 Now the Kickstarter comes with unpainted minis, but while I was at Gen Con I got to see a painted set and these looked fantastic! I’m sure mini lovers are going to have a lot of fun painting their own. If you’re a Power Rangers fan make sure you don’t miss this campaign! Take a look at Power Rangers: Heroes of the Grid on Kickstarter here. 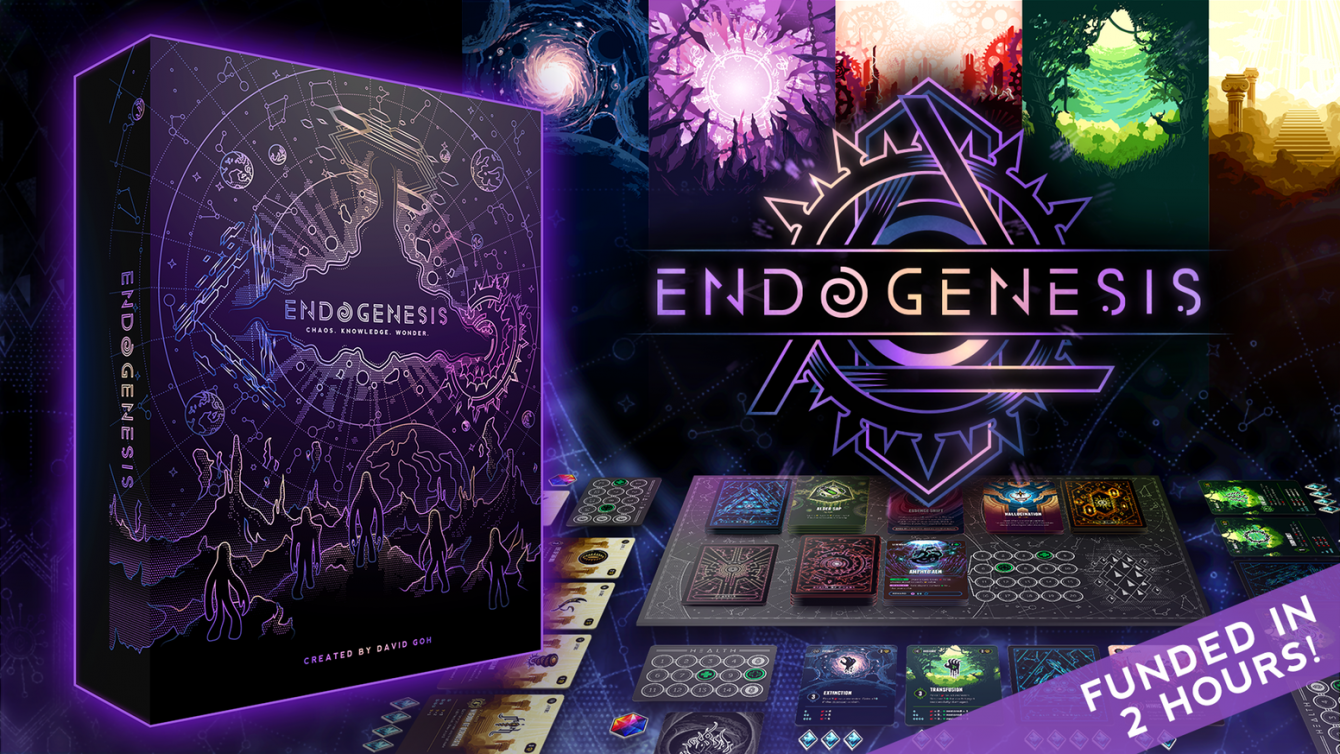 As the breathless Kickstarter video for Endogenesis will attest, what we have here is a gorgeous battle-royale game of would-be godlings beating each other down until one manages to collect the necessary crystal shards to ascend to victory! 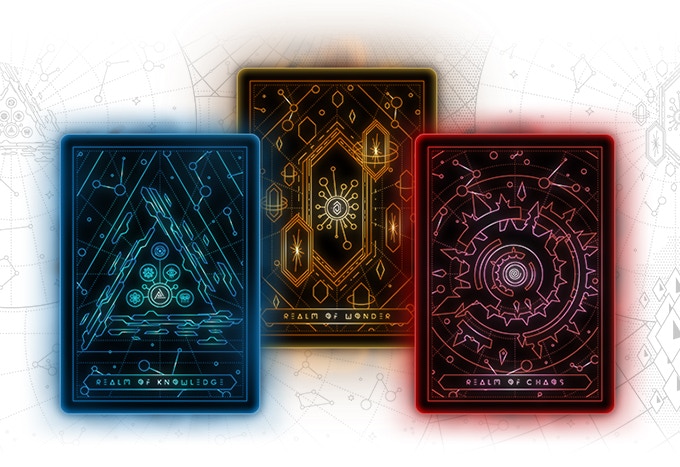 What makes Endogenesis look really neat, aside from the fantastic aesthetic, is the way players cycle powers in and out of their combat slots – over the course of the game, you’ll be able to swap strategies on the fly as your opponents adapt to your combos and you upgrade your own abilities.  In particular, since you upgrade your slots and not the cards that occupy them, you can really feel free to experiment with different combinations of powers.  And if you dedicate yourself to a single suit, you even get that suit’s ‘class’, gaining passive abilities that make you even more dangerous! Learn more about the game here! 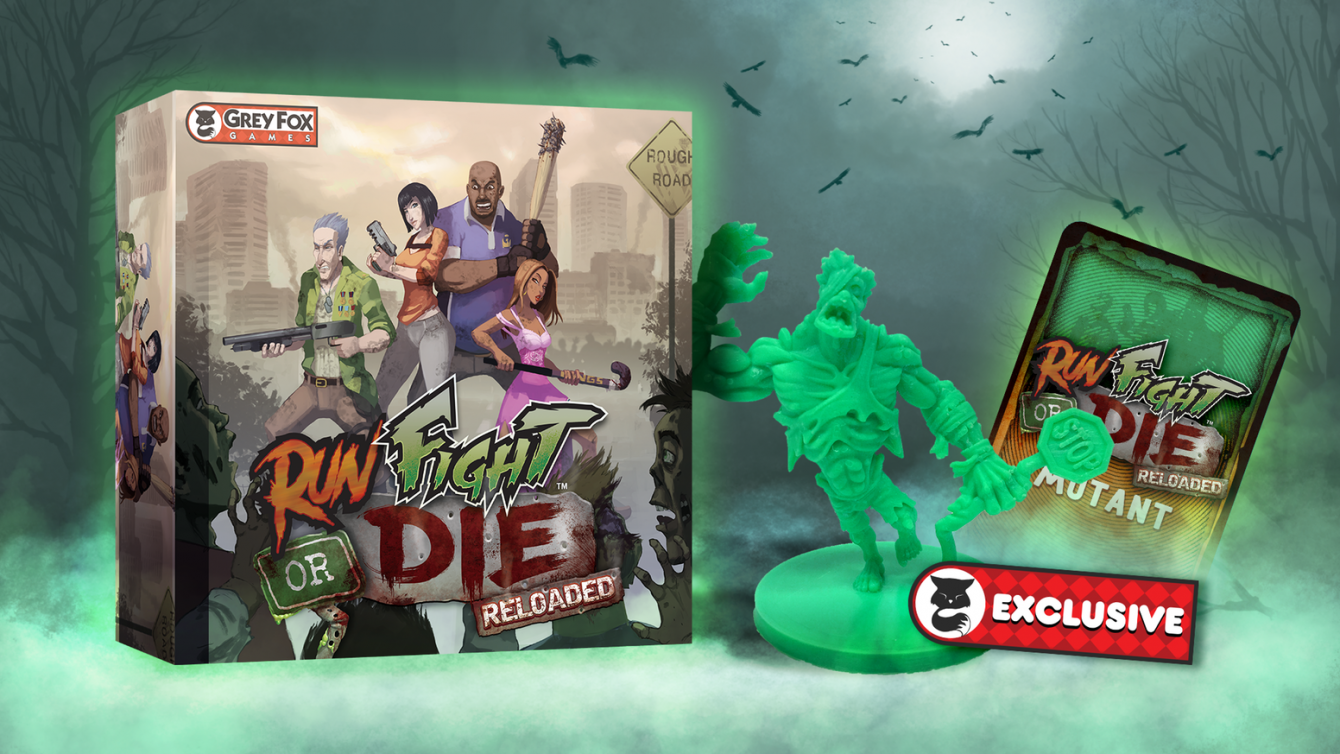 Often times I can only talk about a Kickstarter game by what I can dig up on the internet, but at Gen Con I was able to play a few rounds of Run Fight or Die: Reloaded and it was a lot of fun! The basic idea is that you are defending against an ever advancing horde of zombies. You’ll roll the dice and assign them to destroy zombies, move them to your opponents board, explore locations, or pick up loot and followers. 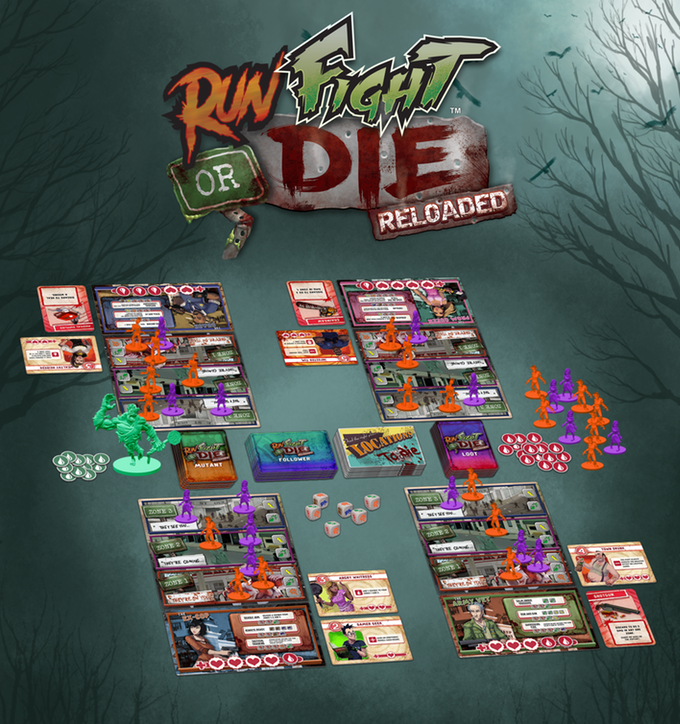 Gameplay goes pretty fast and its a lot of fun to watch you friend’s faces as you dump zombies onto their board. The new art is fantastic and I love how goofy the zombie minis are. Having never played the original game, I can’t compare the two, but Run Fight or Die: Reloaded is pretty cool regardless. Shamble on over to the Kickstarter campaign here! 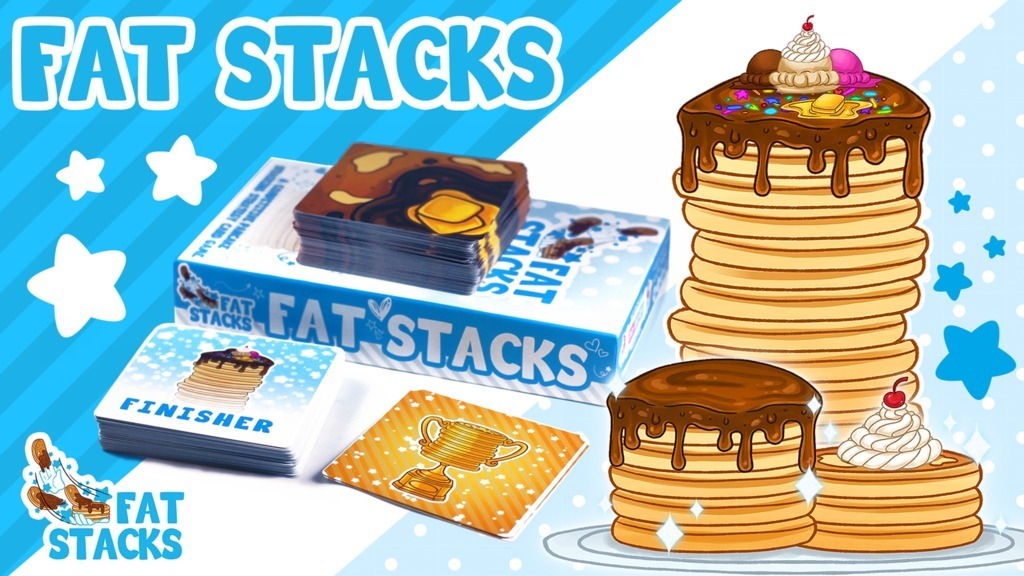 You know, considering the number of games based around food, I’m kinda surprised to say I can’t think of another exclusively pancake-themed game, and that’s a shame because pancakes are *awesome*!  What was I talking about?  Oh, right, FAT STACKS: A Pancake Stacking Strategy Card Game, where players will compete to make the most delicious (and therefor valuable) stack of pancakes.

FAT STACKS is all about either building up your own stack with delicious combos (like adding chocolate chips to a chocolate pancake) or by absolutely ruining your opponents’ stacks with fish, hair, and way worse.  It looks like there’s a considerable amount of take-that in the gameplay, so it’s important that you show up to breakfast ready for a fight, but we think FAT STACKS looks pretty darn tasty! Get a taste of FAT STACKS here on Kickstarter!

Know of a Kickstarter I should feature next? Let me know in the comments below!