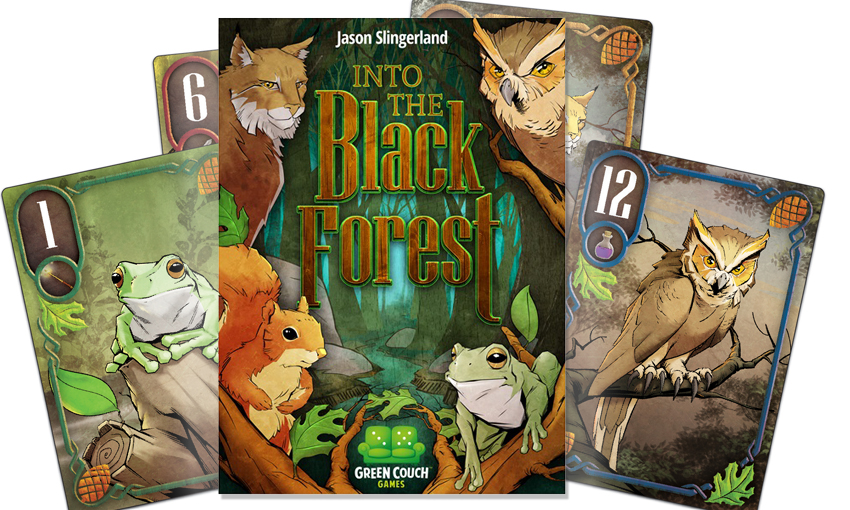 Coming to Kickstarter next month, Into The Black Forest is a beautiful hand-management game from Jason Slingerland. 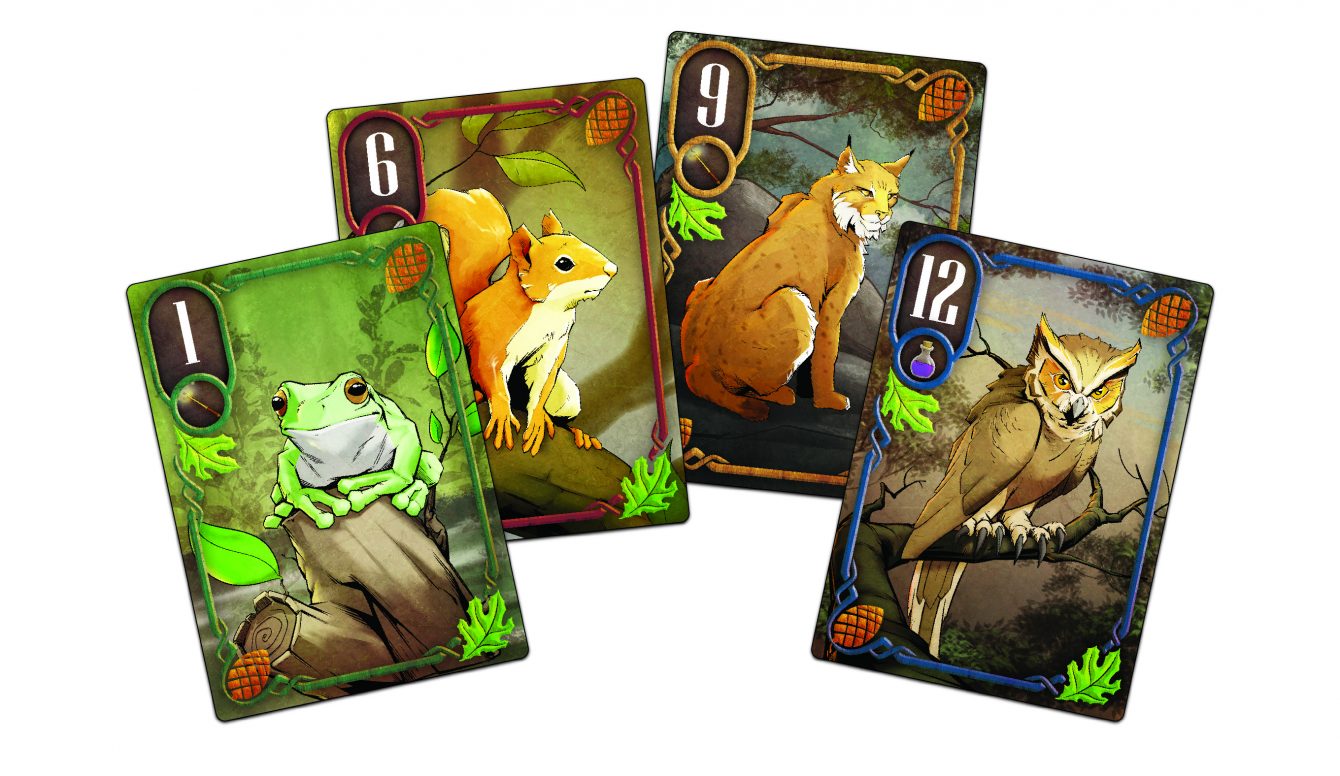 The game is set deep in Germany’s Black Forest where players will traverse its dangerous paths encountering challenges and finding helpful creatures along the way.

According to Green Couch Games: 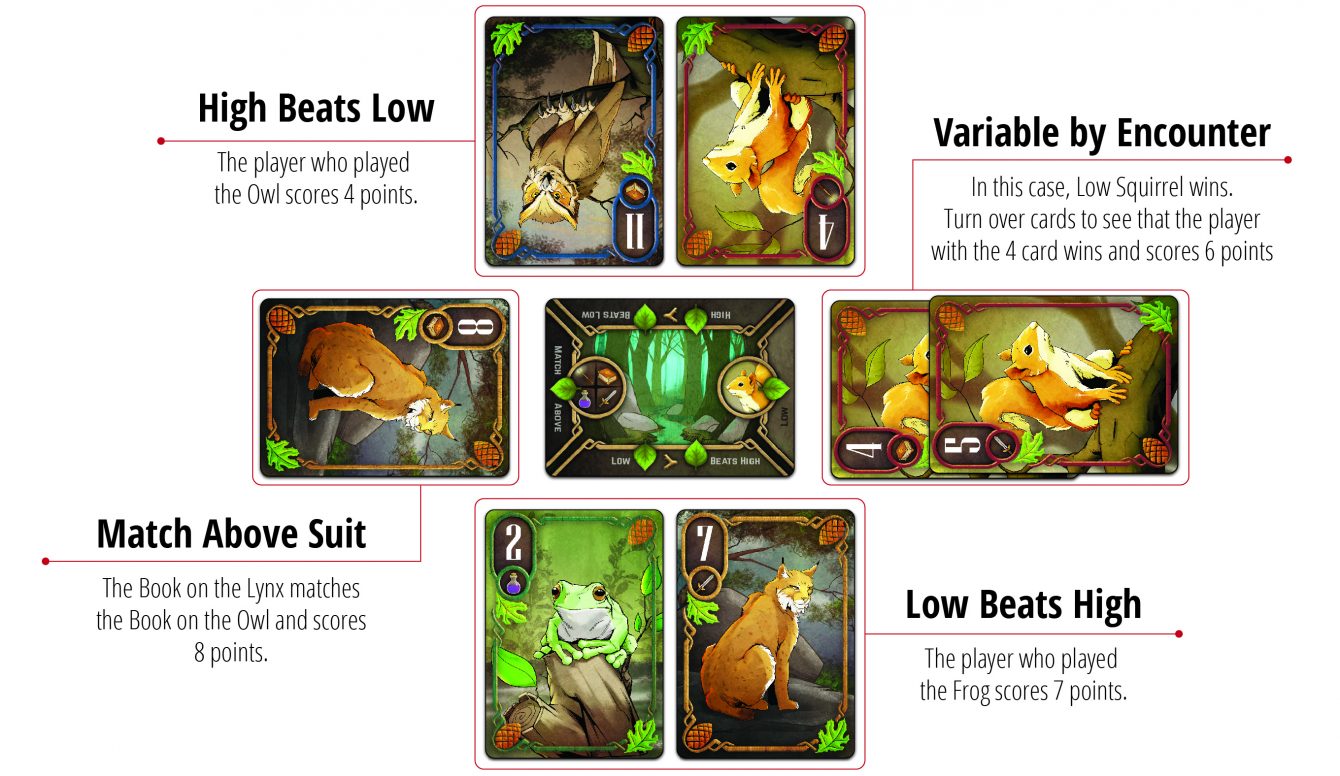 “To the left side, the card played will score it’s value only if it’s suit matches one of the cards played above. On the top, the high card beats the low card, taking the value of the low card for points. And on the right side of the card, players may each play one card face down, hoping to meet the unique win condition for the card or to bluff or sluff to throw off the other adventurer and buy themselves extra time. After playing three hands, new Encounters are revealed and players choose from their remaining cards and new newly drawn cards to prepare for the next round.”

Into the Black Forest combines hand management with trick-taking, area control, and a little bluffing and plays in 30-45 minutes. Start getting excited now because the game is set for a Kickstarter campaign launching on September 12, 2018 with plans for a Q1 2019 release. That’s right around the corner! You can learn more at: www.greencouchgames.com