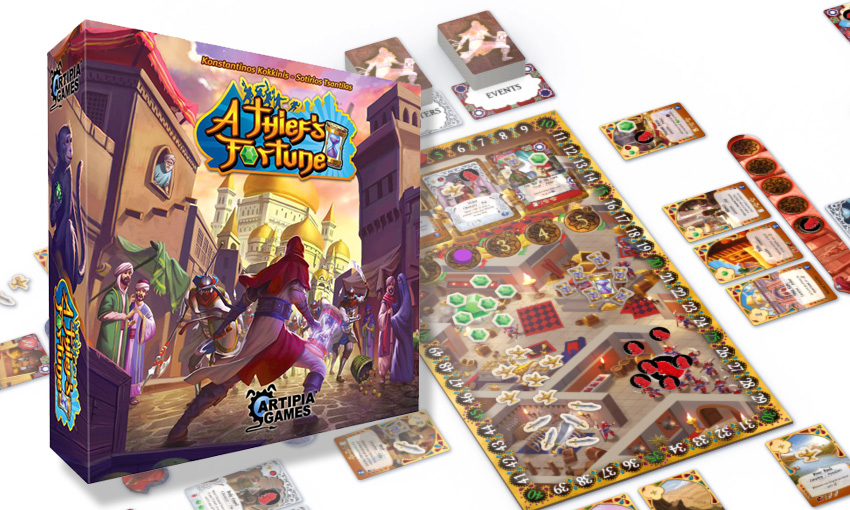 Artipia Games is bringing their fantasy card-drafting game, A Thief’s Fortune, to back to Kickstarter after cancelling their previous campaign in June. 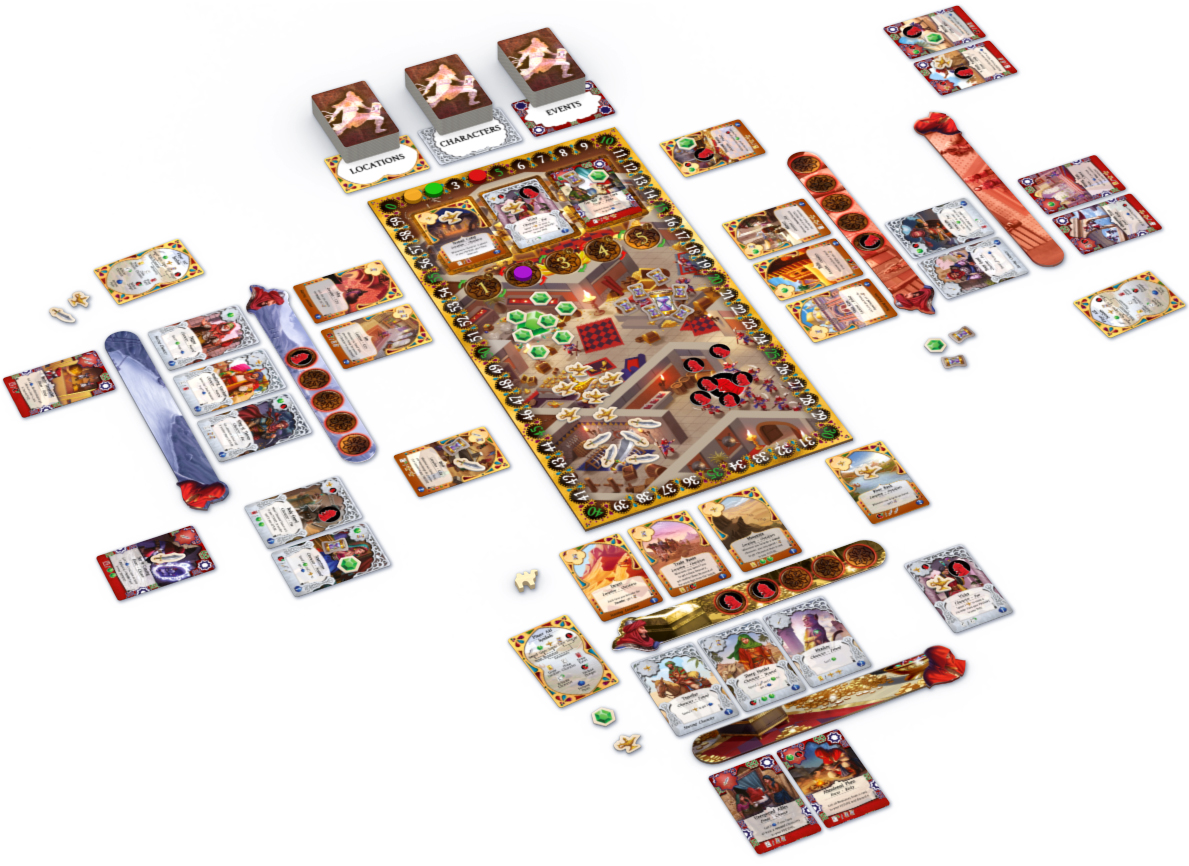 In A Thief’s Fortune everyone is playing a thief trying to steal mythical treasures from the royal palace. By fantastic luck you have discovered a magical hourglass that lets you see into your own future! Each player represents a different possible future for the thief. You’ll need to uncover information and guide the future to the path of success to win. 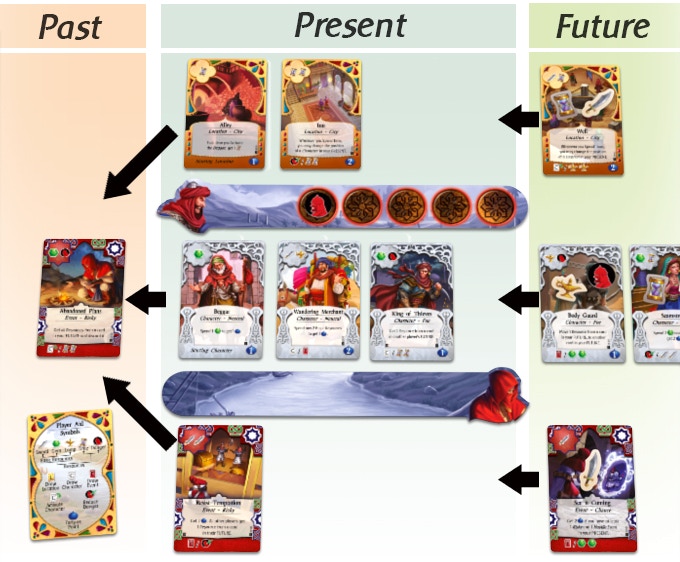 “There are several things that make this game stand out. The player area, which is divided in a player’s future, present and past, is one of them”, mentions Sotiris Tsantilas, co-designer of the game.

During the game you’ll be drafting location, event, and character cards and placing resources on them. When you take all of the resources from those cards you will then be able to active the powers on them; scoring fortune points which you need to win the game.

“There is a twist in drafting, as players are required to draw 5 cards, play 1 card in their Future area and then give 2 cards to the player next to them. This increases the strategic planning of your round, as you get to keep some of the cards in your hand for future rounds”, mentions Konstantinos Kokkinis, co- designer and founder of Artipia Games.

Base game pledges start at $36, but those who pledge within the first 48 hrs will get a Nabbarrah Palace resin miniature first player token. Backers of Artipia Games’ previous campaigns (Kitchen Rush, Whoosh: Bounty Hunters, Fields of Green: Grand Fair, Kitchen Rush: Piece of Cake, and the previously cancelled A Thief’s Fortune campaign) will receive a set of 4 cardboard pouches to store their resources, for free. You will also be able to pledge more to include these add-ons.

Learn more at artipiagames.com/atf and make sure to visit the A Thief’s Fortune campaign tomorrow on Kickstarter!