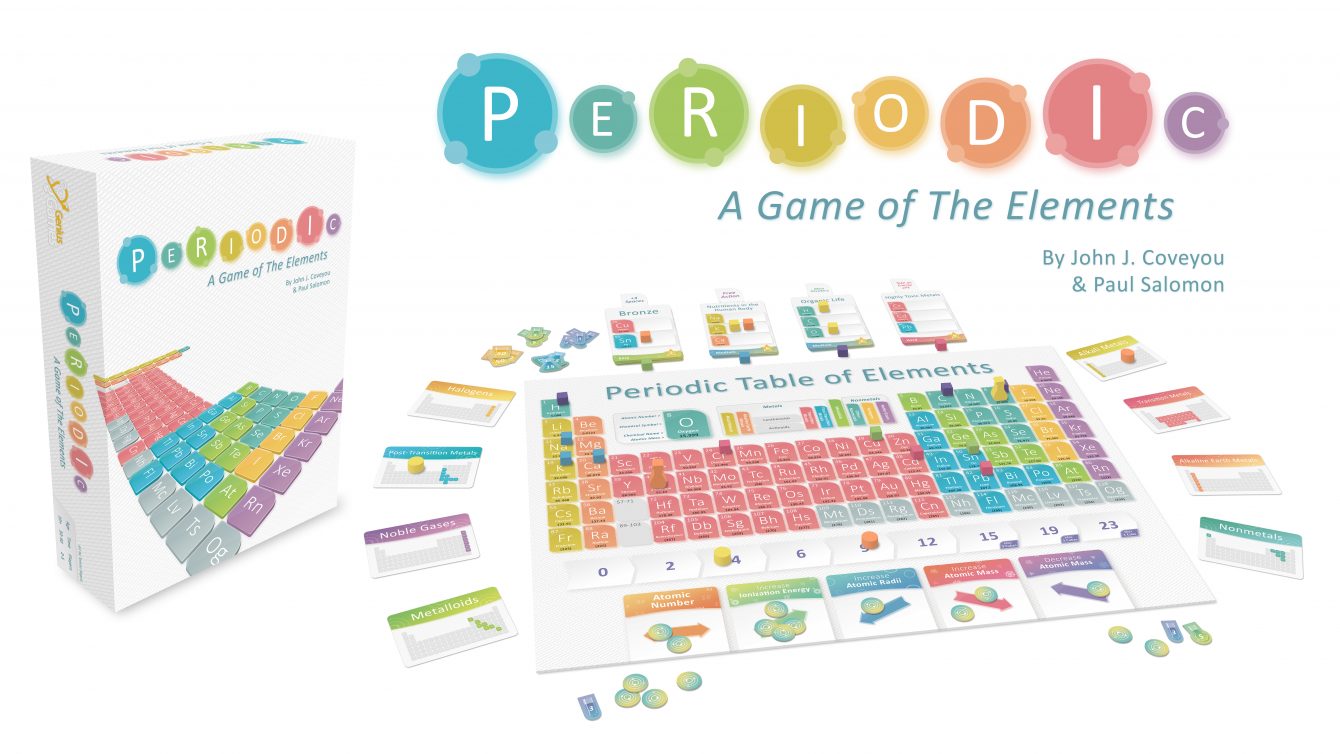 Edit: The Kickstarter is now live!

I always enjoyed science class, but chemistry was a tough subject. Trying to memorize things like chemical compounds the periodic table can take hours and hours of study which can be a tough sell to a teenager. That’s where Genius Games comes in. They are a St. Louis-based board game publisher who designs games that teach complex science with fun, easy to learn gameplay.

This week they are Kickstarting their new game, Periodic. According to Genius Games, In Periodic players”strategically activate periodic trends (such as “increasing atomic mass”) to speed across the periodic table, collecting elements to score points. As you move across the board, you’re also racing to end your turn in specific element groups, competing with opposing players to earn the limited bonus points!” 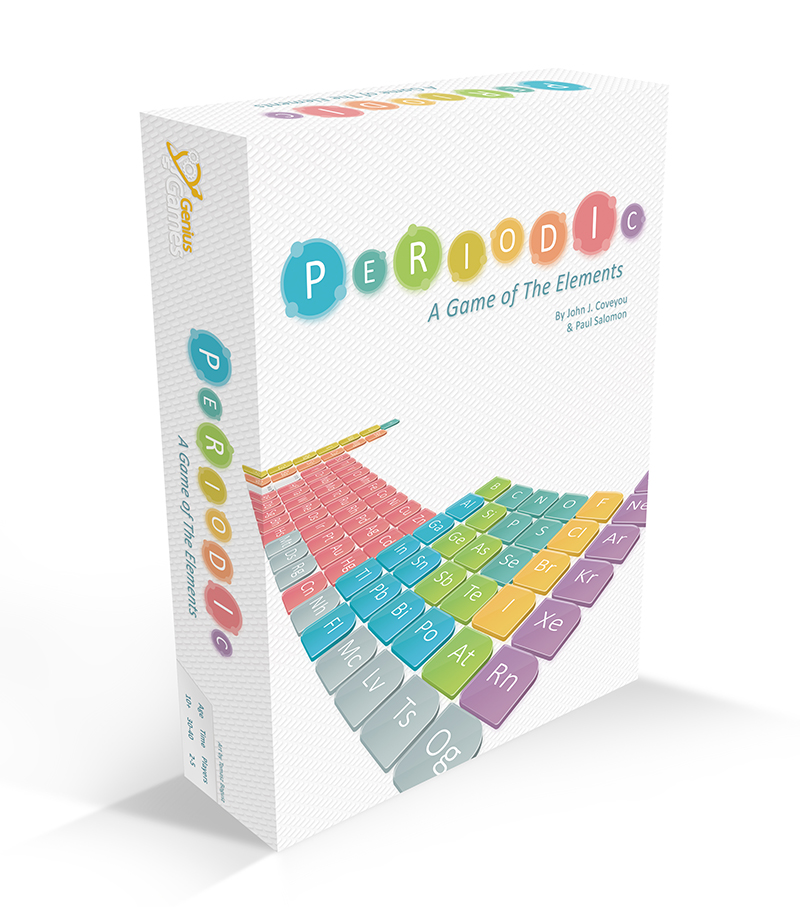 “This game was really a no-brainer for us,” says John Coveyou, head designer and founder of the company. “Everyone has to learn about the periodic table, and it’s a crucial body of knowledge that serves as a springboard to a deeper understanding in so many fields of scientific inquiry… but it’s often hard for students to see all that behind the utilitarian-looking grid! With this game we’re bringing back the elegance that the traditional textbook leaves out.”

Jess: Coveyou was a grade school and college chemistry teacher andstarted deisnging board games as a way to introduce scientific concepts in a more accessible way. I know that if these games had existed when I was in school, I would have done a lot better in my chemistry classes for sure! 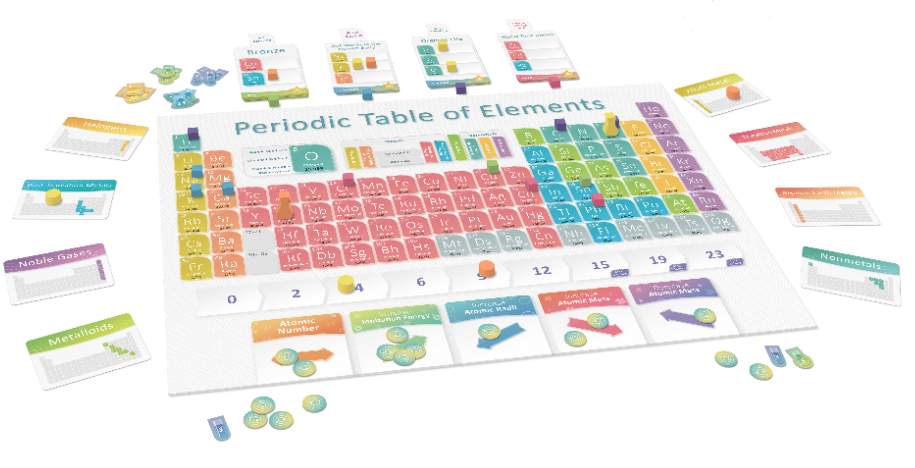 Coveyou says, “The beauty of the periodic table is that it organizes all the elements of the universe according to some fascinating patterns of predictable behavior. Just by looking at an element’s location on the table, I can anticipate all sorts of qualities – its charge, whether it’s a metal or nonmetal, how reactive it is – just to name a few. The periodic table exists for one reason: it is the best 2D representation we have that shows the properties of each element and how that element will most likely behave around other elements. If you understand those inter-relationships, you’ve grasped not only the identity of each element and its particular features, but also how the elements combine to form the world we live in. These patterns of similarities and differences and relationships between the elements are one of the most fundamental things students should take away from a chemistry course…. But most people aren’t really taught how to use the table like this; the intention is not even well-explained, so students just memorize the table in a rote way, and forget it completely after a while.”

Periodic: A Game of The Elements is designed for 2 – 5 players. The Kickstarter goes live Tuesday, September 18 and the game goes to retail with an MSRP of $39.99 following the Kickstarter this fall. You can learn more at www.geniusgames.org