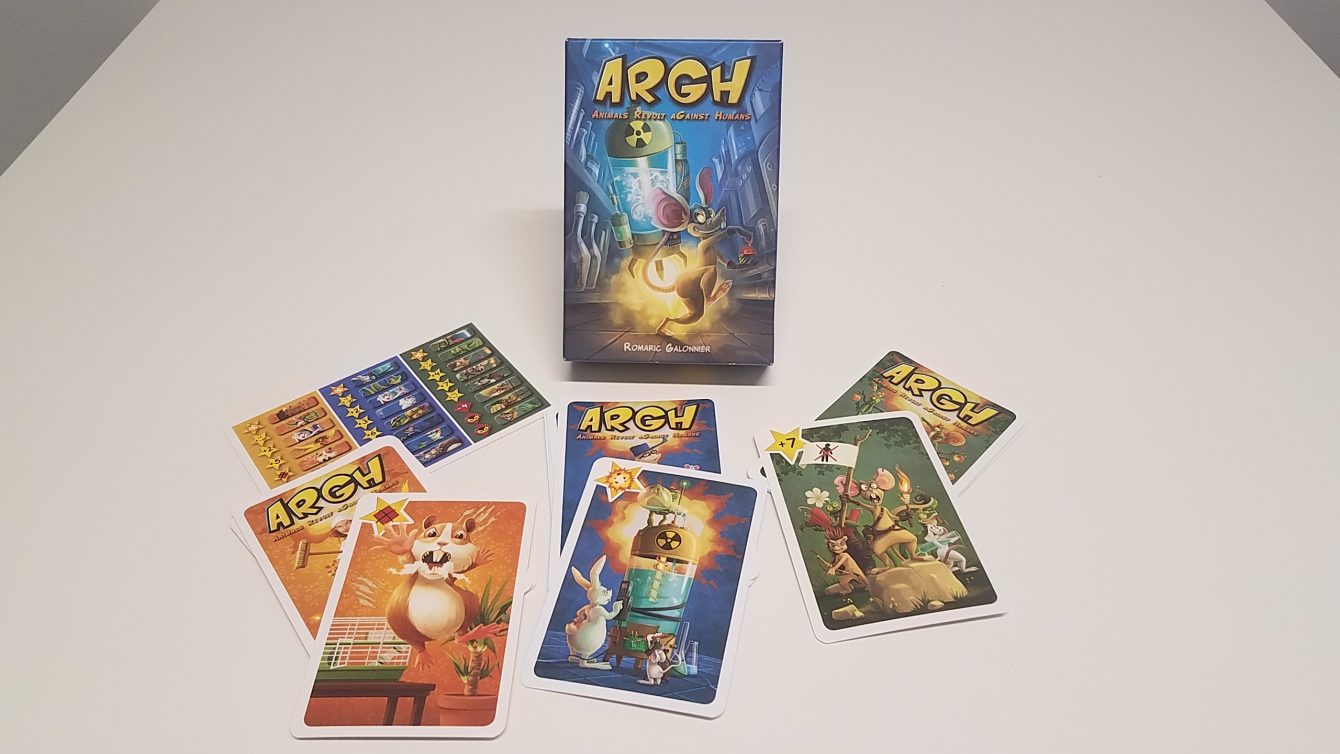 ARGH is a quick bluffing blitz, with players hunting through three decks of cards in search of the parts they need, while trying to get their opponents to keep negative cards to tank their scores.  What it does it does well, providing a fun little blast of set collection and press your luck even at 2 players.

ARGH, or Animals Revolt aGainst Humans, is a game of bluffing and set collection that capitalizes on minimalist design to deliver a surprising punch of gameplay in an extremely slim 24 card package.  Over the course of this delightfully quick game, you’ll bluff and draft your way towards your goal of either being the team of barnyard animals that earns the most points, or who completes their bomb first.

Gameosity was provided a review copy of ARGH by Dude Games.  We were not otherwise compensated.

Andrew:  Heh, yeah, ARGH’s a little bit of an odd bird, theme-wise.  And that assuredly includes some very odd birds.

In ARGH, each player is trying to find the parts needed to gather a team of allied animals and construct a bomb to overthrow the foul human oppressors and – you know what?  This isn’t exactly Animal Farm – the theme of ARGH is totally pasted on, and that doesn’t hurt the game at all.

That said, you’re trying to be the one to build the bomb, or at least be the player who ends the game with the most points.

Each turn of ARGH, players will make a couple of simple choices.  First, will you draft a card from one of the three face-down decks, or steal from another player?

Stealing’s easy – you grab a face-down card from in front of any player and put it face up in front of yourself…and live with the consequences.

If you draft, you’ll look at the card and either:

Andrew:  Now it’s important to understand that cards in ARGH are either positive or negative – in fact, if you ever manage to get two face-up bomb cards in front of you, you instantly win!

Andrew:  Right! There’s nothing more agonizing than drawing a card you really want and having to decide if you’re going to risk putting it face-down in front of you, a tantalizing prize to be stolen by your opponents, or bluff by way of offering it to someone else, hoping they reject it and you get to keep it.

ARGH is all about these bluffs.  Trying to get an opponent to reject something you want, trying to get them to accept or steal something you don’t, hoping against hope that the card you go to steal isn’t something that’s going to screw you in the end.  This interplay between hidden and open information, between psyching each other out and grabbing the cards you need, creates a quick, satisfying experience that came to us as something of a surprise, given ARGH’s oddball theme and name.

Jess:  ARGH’s the kind of game that makes for a *perfect* filler during game nights.  It’s quick and engaging at the same time, but it’s often over abruptly, so the satisfaction comes in little bites.

Andrew:  I’m sure some people will find it too light, but for me, this is a great snack of a game, as you say, and its minimalist components make it extremely easy to take along with you.  Fantastic family-friendly travel game, for sure. 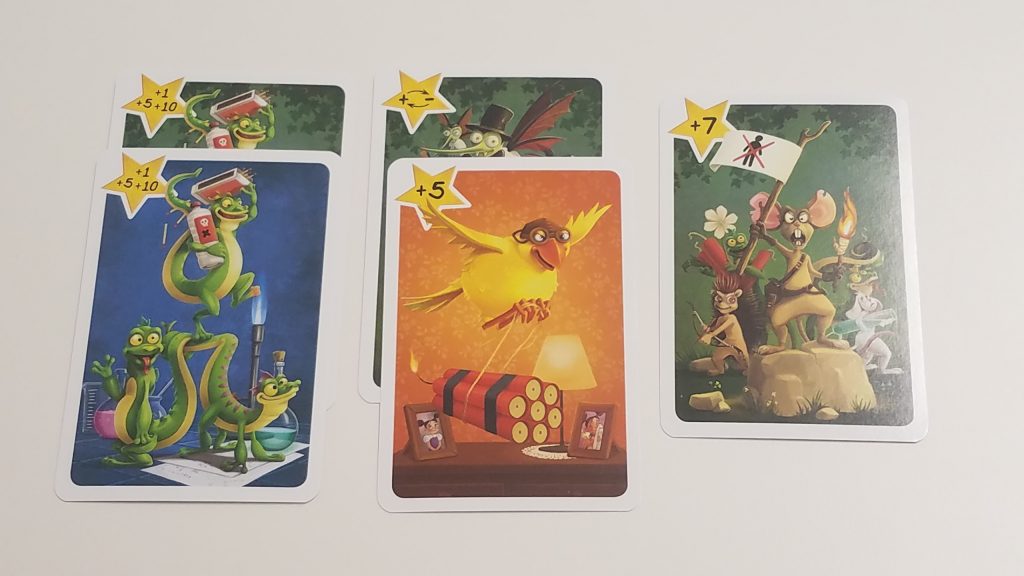