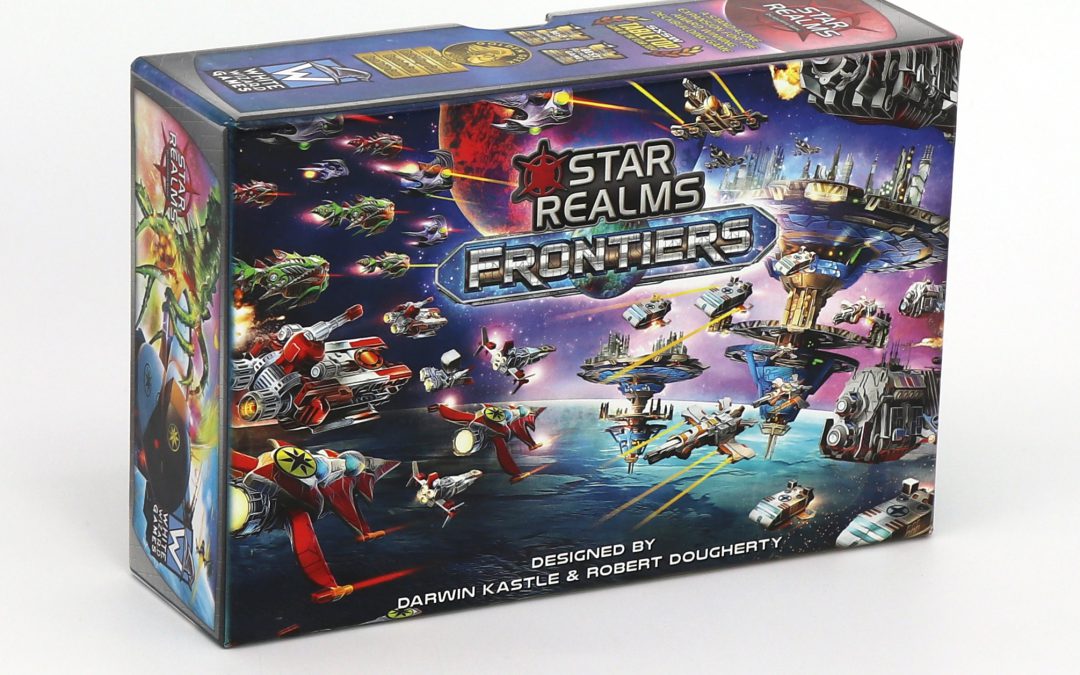 Star Realms was one of the first card-drafting/deck-building games we really got into at Gameosity HQ and the multitude of expansions White Wizard has released for the game has kept it fresh and exciting. The newest Star Realms stand-alone expansion, Frontiers, just hit retail in North America and will be available for EU customers next week at Essen Spiel 2018. You can also expect to see the command decks release November 14th. 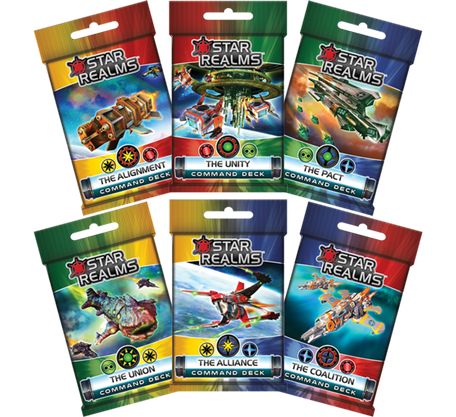 Frontiers comes with four different play modes: 2-4 player duels, 8 challenges, solo mode, and cooperative. The expansion adds an 80 card trade deck with brand new ships and bases and offers new combos and strategies to wield against your opponents. On of the new mechanics is the Double Ally. Some cards will have additional bonuses that trigger if you manage to get multiple cards of the same faction onto the table in one turn. White Wizard’s example for this is: The 7-cost Blob card Hive Queen, for example, provides a player 7 attack power on its own. But with one ally, it grants 10 attack power; and with two allies, it provides a total of 13 attack. 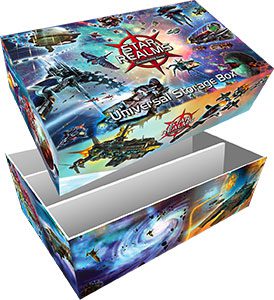 Even if you can’t make it to Essen there will still be plenty of opportunities to try out Frontiers. White Wizard Games and Double Exposure will be hosting a series of demo events at various locations in December.

For more information check out starrealms.com/frontiers