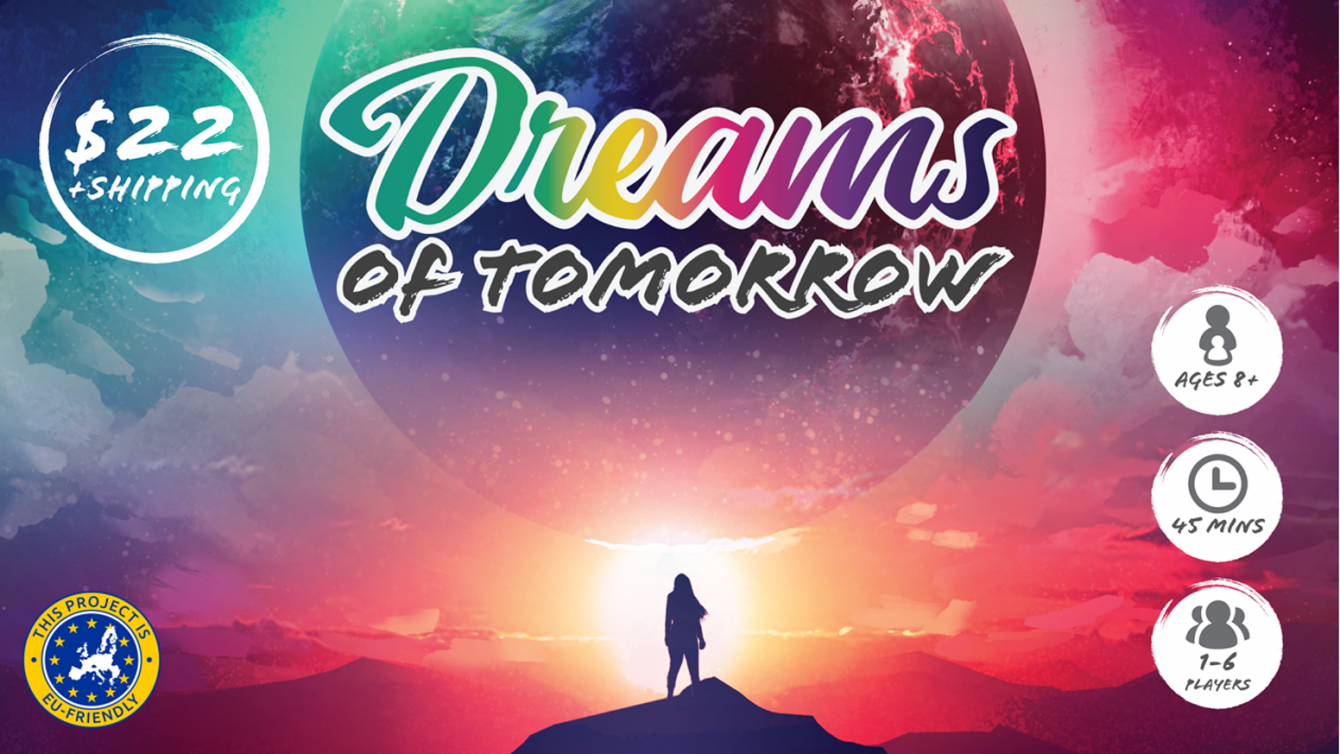 Dreams of Tomorrow is a rondel-driven set collection game up on Kickstarter right now.  Even as a prototype, we found it to be a quick, engaging, and attractive package, and we can't wait to see the finished product.

When last we saw Weird Giraffe Games, they were saving books from a burning library.  The time before that, they were exploring new planets and gathering up precious resources.  So what’s next for the game publisher with the funny little mascot and some great Kickstarter success?  Why, saving our present by sending messages to our past selves via lucid dreaming, obviously!

Dreams of Tomorrow is a rondel-driven set collection game, where players act as dream architects, moving their worker around the collective consciousness, gathering up precious resources and stitching together dreams from the scattered images they will acquire.

Andrew:  …I mean, technically? Dreams of Tomorrow is pretty darn abstract when it comes right down to it –

Andrew:  Well, there’s that I guess, preview over!…We should probably still do the thing, though.

Gameosity received a prototype of Dreams of Tomorrow for the purposes of this preview.  Images used are either of that prototype or from the game’s Kickstarter Page.  We reserve the right to request a finished copy after the campaign is over, but were not otherwise compensated.

Theme aside (just for a moment!), Dreams of Tomorrow is a pretty pure set collection experience.  Players will take their turns by moving their marker around the action-selection rondel, and taking the action associated with the spot where they land.  You can move a number of spaces for free, and if you need to push yourself just a little bit further, you can spend any of the game’s three resources in order to move extra spaces.

Jess:  Right off the bad, Dreams of Tomorrow presents you with an interesting situation – no matter where you go or what action you take, two things will happen; you’ll gain a major benefit, and all your opponents will get a minor one.  That’s a really neat little strategic element that serves to both add some complexity to your decision-making when it’s your turn, but also causes the game to ramp up at a nice pace, since by the time your opponents have taken their turns, you’ve got more resources than when you ended your last turn, meaning your options are more open than they would have been!  I love that!

Moving around the rondel (or the Collective Unconscious, for those who are thematically-inclined), you’ll encounter a small variety of spaces.  All of these spaces are critical to your task of gathering sets of compatible dreams together into a point-scoring dream sequence:

The power of dreams is the next place where Dreams of Tomorrow gets interesting.  Players will be able to use the dreams they gather to manipulate all sorts of things about the game state – some dreams cause players to move extra spaces on the rondel (triggering new actions).  Some allow for resource gathering, or changes in rondel movement direction, or even swapping places with opponents.  And some even rearrange the rondel itself, shifting and twisting the collective unconscious in order to baffle opponents and set up your future plays.

Andrew:  I love how the dream powers affect what would otherwise be a really straightforward race to collect sets.  By cleverly grabbing and activating dreams, you can make the impossible possible, or pull a sure thing right out from your opponents’ grasp.

The goal of Dreams of Tomorrow is to craft a dream sequence of highly compatible dreams in order to score points.  Each dream is worth its own static value of points, but it also has a series of icons, and by weaving dreams so that you create sets of identical icons, you will score yourself a pile of points.  The game ends when a certain number of dreams have been woven into a player’s sequence, and then points are tallied and a winner is declared!

Andrew:  Ok, so you spoiled the heck out of it earlier, but I think you and I agree that Dreams of Tomorrow is just a really solid, really fun game.  But why do you like it so much?

Jess:  For me, it’s a few things.  I love how accessible the action-selection mechanisms are – each choice isn’t particularly complex at all, but with each move, you stand a good chance of setting yourself up for greater success down the line, and the way each player’s action adds to the rest makes it a very generous game – there were plenty of times I didn’t quite get the dream I wanted, but I absolutely never felt like I didn’t have any good options. 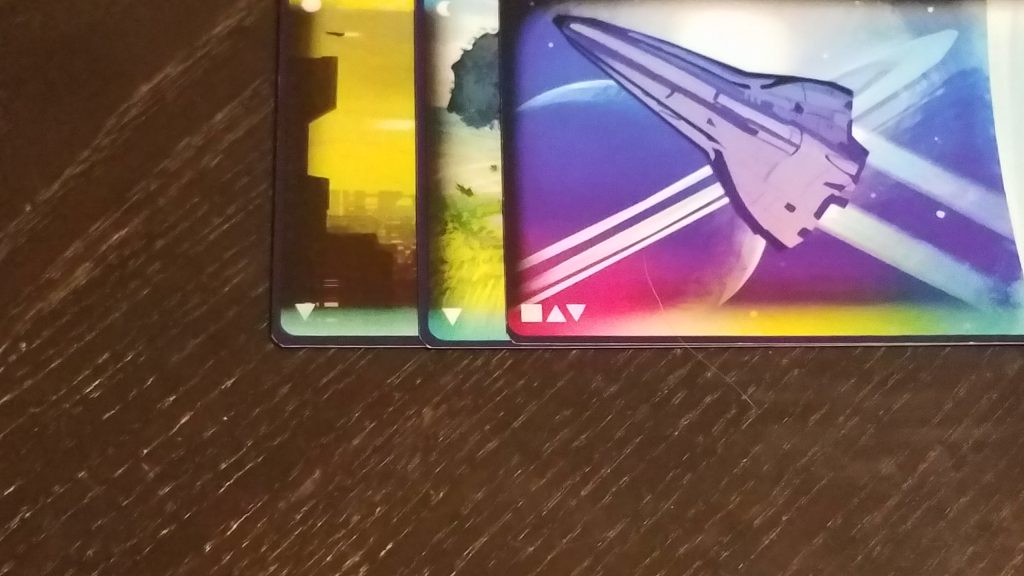 Andrew:  Agreed on all points.  To be honest, when I first engaged Dreams of Tomorrow, I was worried that it was going to be a little too simple, lacking depth.  But the fact is that, as you say, though the choices themselves aren’t complicated, I felt like each one of them mattered in some way.  Though not a heavy or deep game, Dreams of Tomorrow rewards its players with a sense of clean gameplay and accessible mechanics.

But what if you’re looking to make things a little rougher?  Well, Dreams of Tomorrow has an option for that.  The Troubled Nights mode can be activated with any number of players, and will add the Night Mare to the Collective Unconscious.  This automated piece can absolutely savage the dreamscape, adding some really fun chaos and unpredictability, and requiring you to adapt on the fly to its disruptive presence.

Jess:  I’m also secretly really proud that I suggested the ‘Pleasant Nights/Troubled Nights’ game mode names to Carla on Twitter and she used them!

Overall, we had a blast with our prototype of Dreams of Tomorrow and we can’t wait to get our hands on the finished product.  For us, it worked well enough at 2 players, but became even more interesting when at least a third player was present.  Sure, it was a bit harder to make those sets we so craved, but the windfall of resources every turn made for a more active, engaging game, and we really loved that.

We highly recommend checking out the Dreams of Tomorrow Kickstarter, which is already funded and rising!