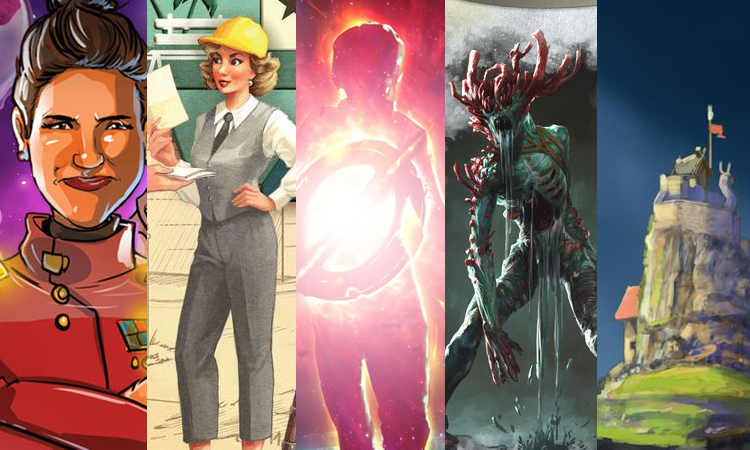 Oh my gosh it’s November already!?! Where did the time go? Well no matter what month it is, it is still Friday and that means Kickstarters. Let’s get this list started! 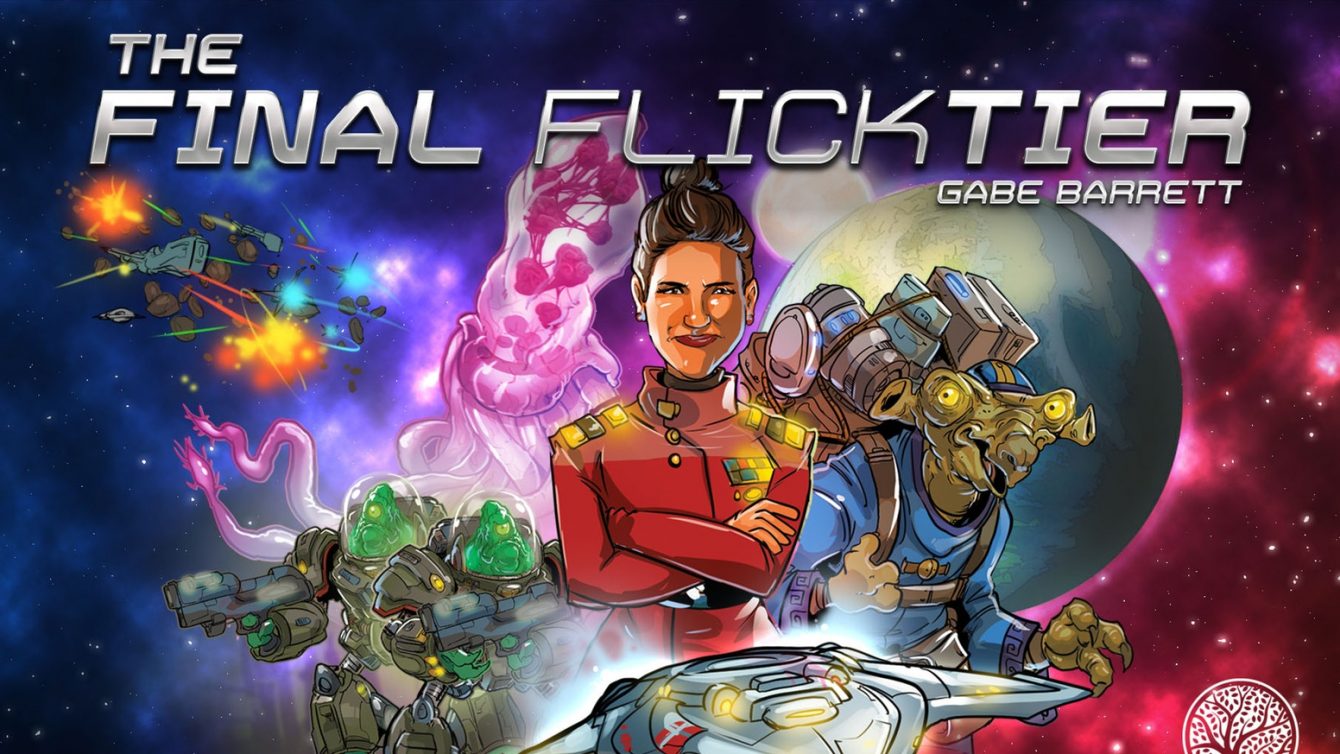 I really like when designers manage to mash-up unexpected game mechanics as it often leads to new, innovative ideas. In the case of The Final Flicktier, designer Gabe Barrett has combined flicking with 4X (explore, expand, exploit, and exterminate) style gameplay. 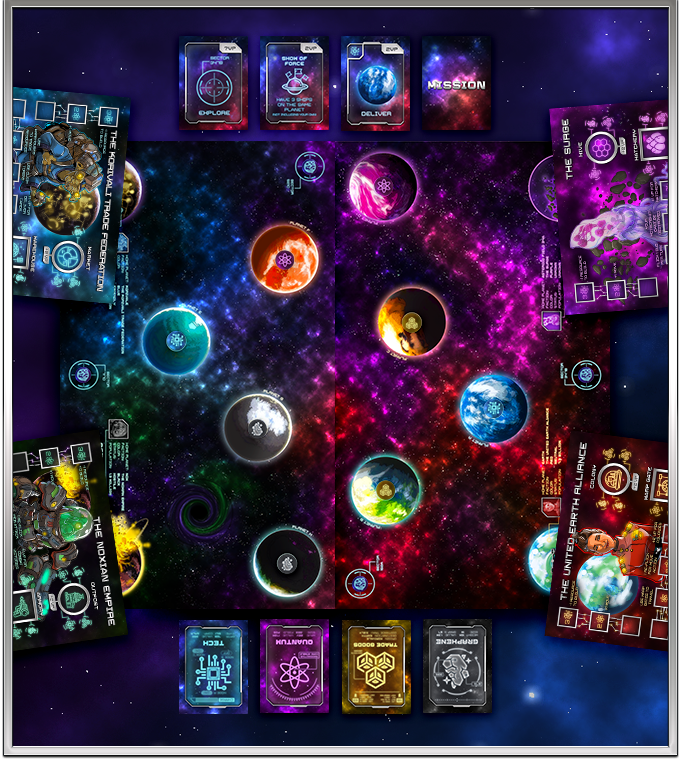 In The Final Flicktier moment and attack actions are enacted by flicking your dice across the board. You can flick as hard as you like when moving (just try to keep the dice on the board), but when attacking, the game has and interesting limiter: the Hyperspace token. Its a rectangular token that sets the distance you can knock another placers die and still score. If you knock it past the end of the token, then your opponent has escaped to hyperspace, your attack doesn’t count, and the other layer gets to set their die down anywhere they want, giving them the advantage.

The Final Flicktier looks like a neat twist on the 4x genre. I suspect that with my crew there would be a lot of hyperspace jumps as we are not entirely great at dexterity games, but laughing about your far-flung dice is half the fun in these kinds of games. You can learn more about it by heading on over to The Final Flicktier Kickstarter here. 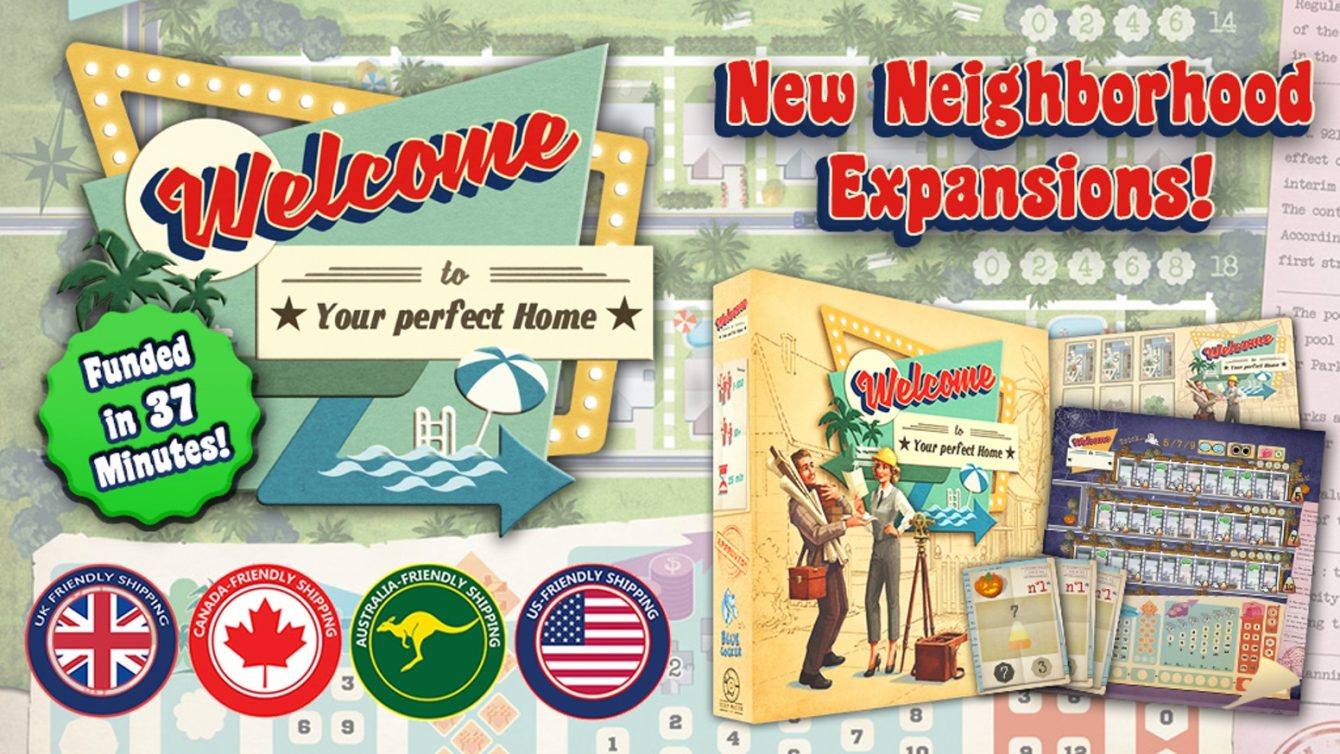 Ah good roll and writes. I love them so much and Welcome To is an awesome example of fine rollin’ and writin’. The base game has you deciding between 3 housing options each turn and then filling in a corresponding space on your sheet. There are plenty of ways to score from building large blocks of houses, to adding in fancy pools, or building up your local parks, and more. 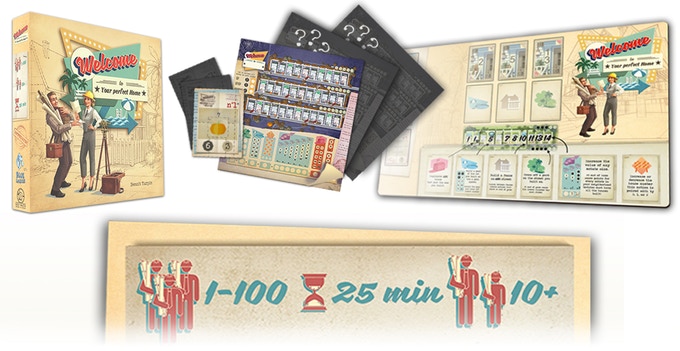 This Kickstarter is to fund a second printing and to add a few expansions to the game. The first expansion is a Halloween theme pad that has you trick or treating through the neighborhood collecting candies or ghosts. The second is a zombie apocalypse pad where you must protect your fine neighborhood from the waves of hungry zombies. Between the two expansions and some of the awesome add-ons like the dry-erase boards, this is a perfect time to invest in one of my favorite roll-and-writes. Roll on over to the Welcome To Kickstarter to learn more! 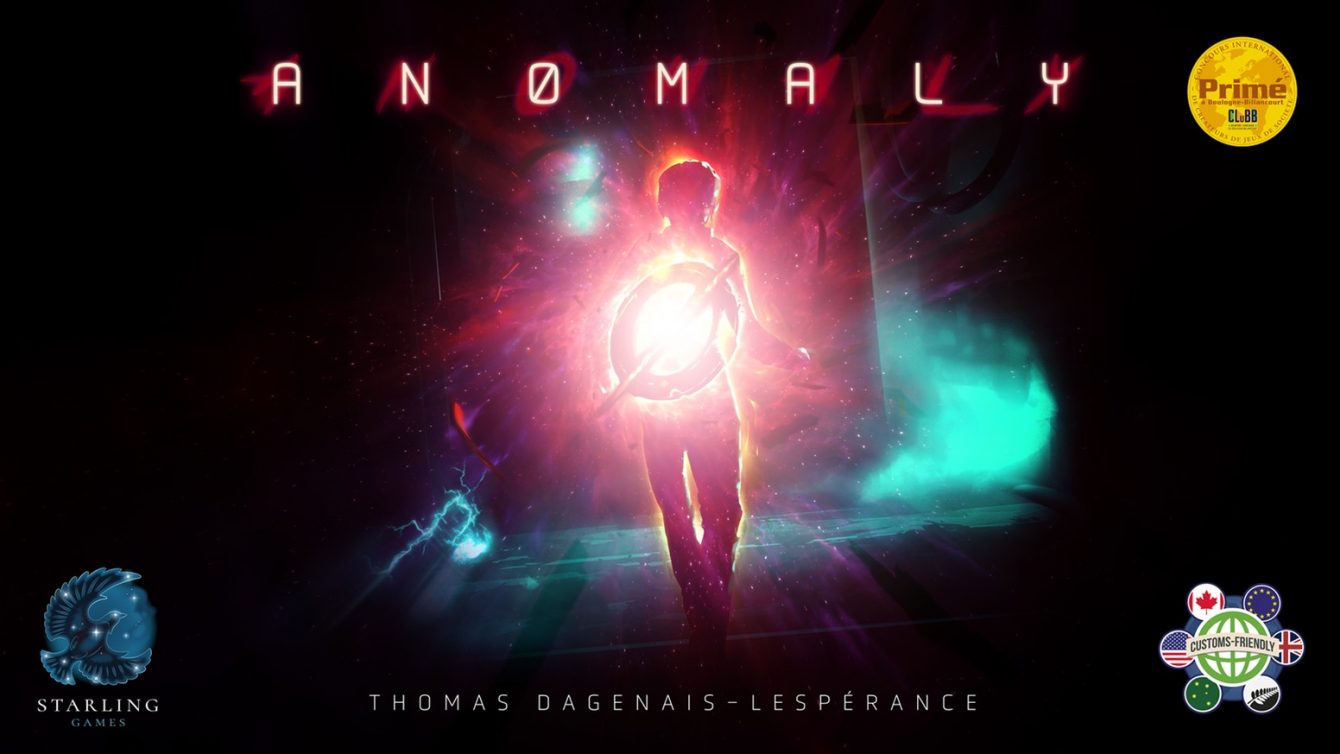 Trapped on a space station with a murderous entity, three students must become hunters lest they become prey. Anomaly is a hidden movement game where players are split into 2 teams: the students and the anomaly. To win the game either team must destroy the other, but that’s easier said than done, when you don’t know where your quarry is. 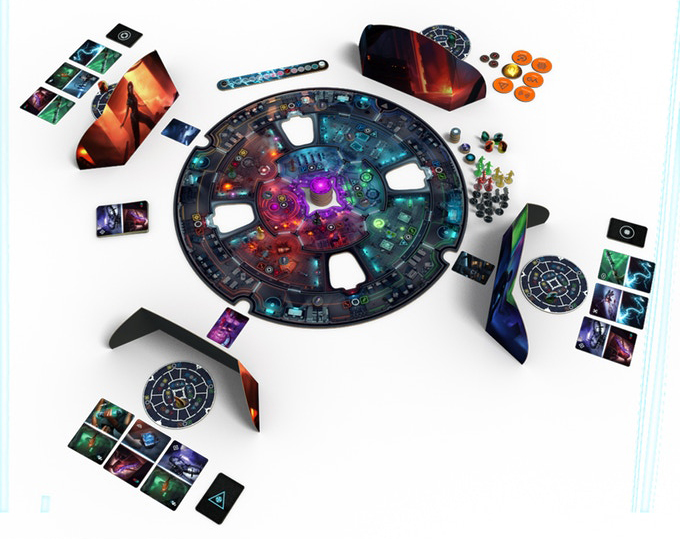 Players execute their movement behind player screens, keeping their actions a secret. To coordinate with each other, the student can use hint cards, but these cards also give the anomaly information helping it track down the students. I like that all of the players are working in the dark as far as information goes and I think this fact could go a long way to making each player feel a bit isolated and harried which is what the horror/sci-fi theme seems to be going for. If hunting alien creatures in the dark sounds like your jam then  can check out Anomaly on Kickstarter here. 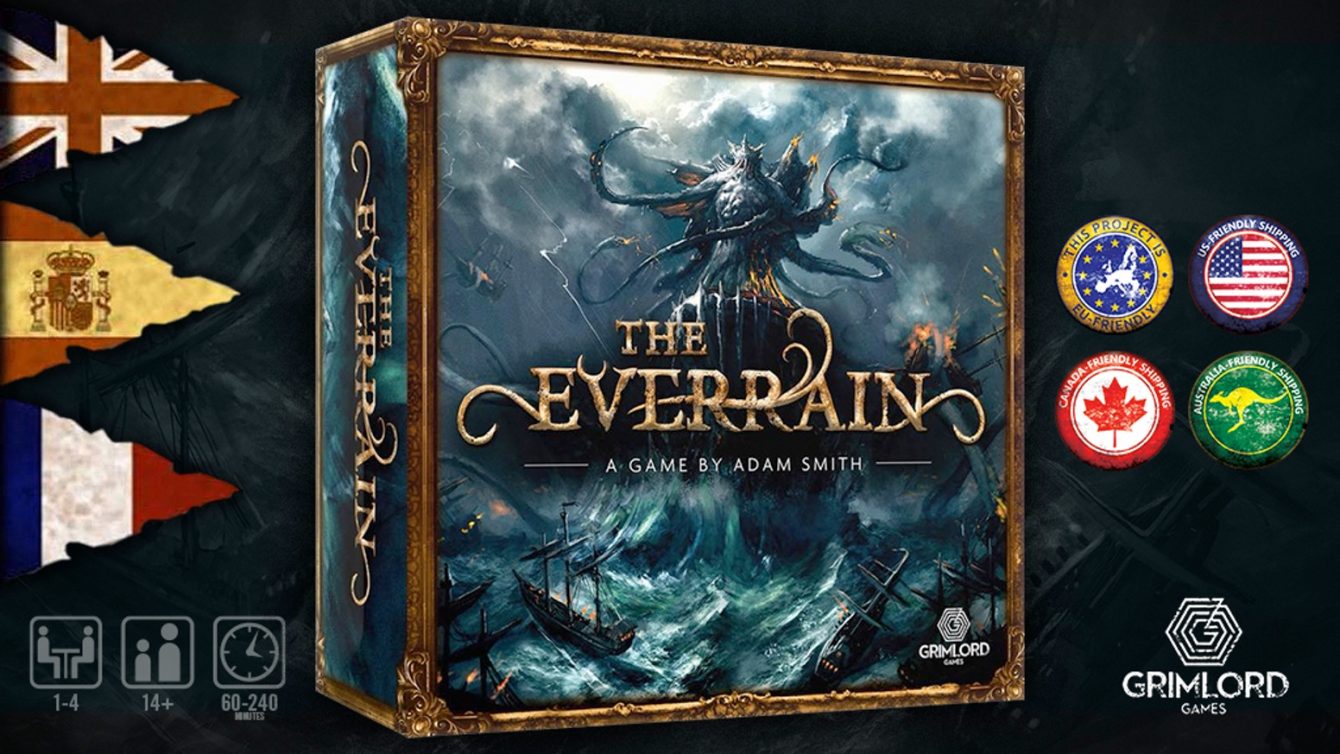 In The Everrain players work together to explore the angry seas and try to discover what is causing it to rain ceaselessly; threatening to drown the world. The cthulhu-mythos style game begins with a randomly generate board and sees the players trying to complete quests which will trigger plot points that will advance the game.

The Everrain is highly narrative, giving you opportunities to make important decisions and challenges that can give you nice bonuses if you pass or have terrible repercussions should you fail. Add some nice minis, horrifying elder gods, and ship to ship combat and you have what looks like a pretty cool cross over between pirates and Lovecraftian horror. Sail on over to the The Everrain Kickstarter to learn more. 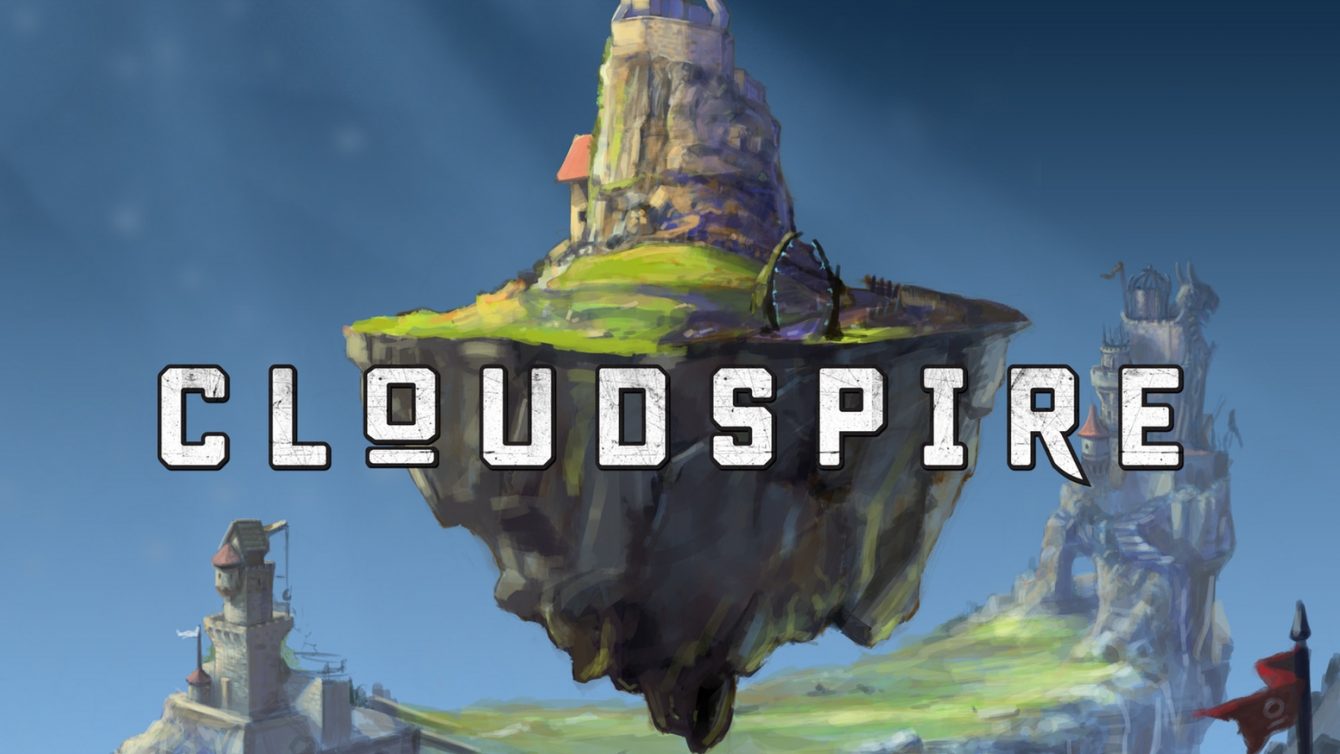 Cloudspire is scenario-driven game inspired by MOBA (Multiplayer Online Battle Arena) games. In the game, players control 1 of 4 factions and must battle it out with their opponents to try to steal away their energy sources. To succeed you’ll need to build up your defenses and trackdown useful resources and powerful artifacts. 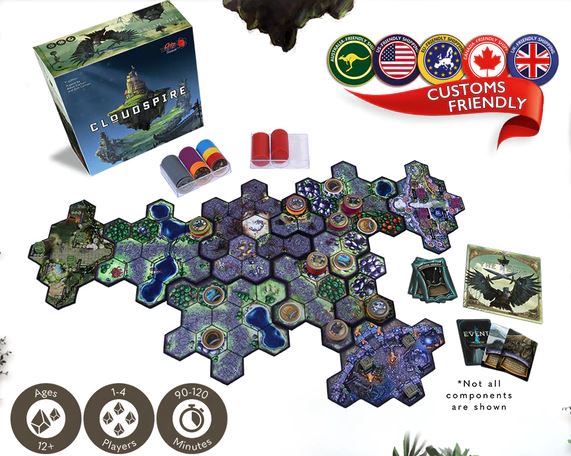 Cloudspire intrigues me in the fact that it has a lot going on. The designers have created a rich and enticing lore while the game includes an event deck that looks like it keeps things  new and unpredictable each time you play. The components also look wonderfully chunky which is always a plus for me. If you like strategy games then Cloudspire  Visit the Cloudspire Kickstarter for more info.might be right up your alley.

Which Kickstarter projects are you keen beans about this week? Let us know in the comments below!