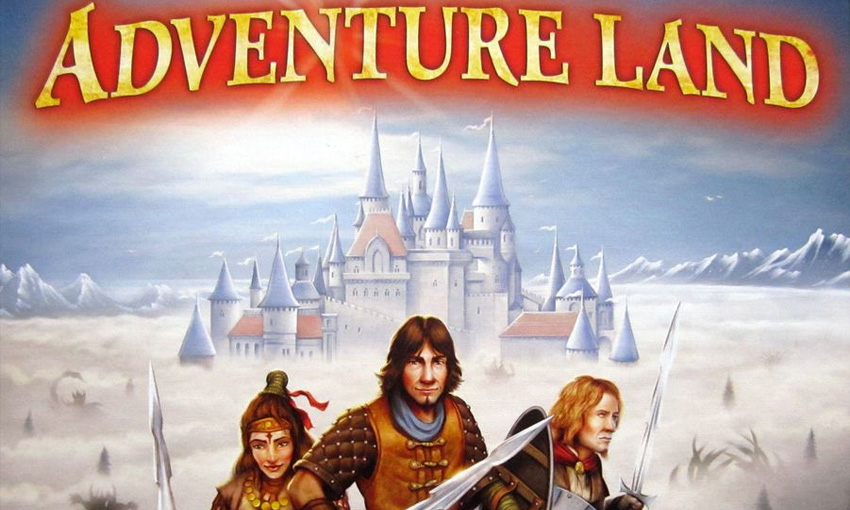 Adventure Land is a wonderfully accessible and wonderfully playable family-weight game that has just the right level of strategy to keep more seasoned players engaged.

There’s something wonderful about a game that does more with less, and Adventure Land by HABA is a fine example of that principal at work.  Designed by Michael Kiesling and Wolfgang Kramer, Adventure Land is a game possessed of straightforward mechanics that make it easy for players to drive directly towards the fun!

Jess:  Also, it’s a game that takes place entirely on a grid, so it was important for us to get out all our ‘linear’ references early.

Now, on to Adventure Land! 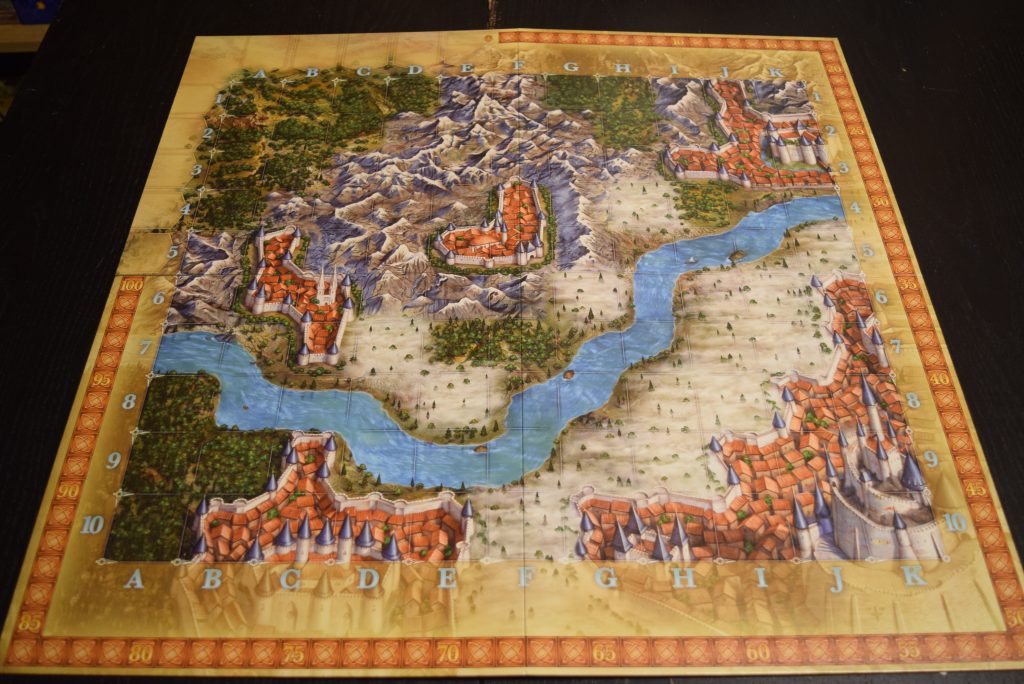 Gameosity received a copy of this game for review.  We weren’t otherwise compensated

Game publisher HABA was, and probably still is, best known for its child and family friendly games and toys.  However, in the last few years it has steadily added excellent titles to its library which have started to blur the line between ‘family’ weight and ‘hobby’; including the award-winning Karuba (and its young card game sibling), Go Cuckoo, and ROX, to name a scant few.  Adventure Land continues this successful trend, delivering easy-to-grasp gameplay that’s just satisfying enough to keep casual gamers satisfied while never becoming inaccessible to younger players. 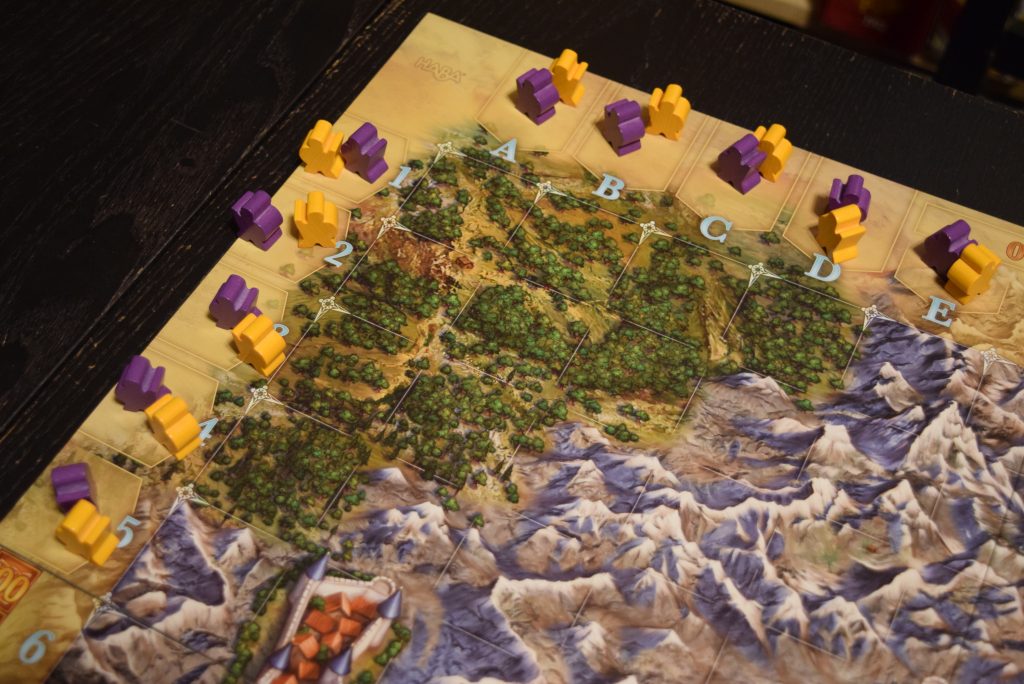 In Adventure Land, each player will control their own group of adventurers, all of whom begin the game arrayed along the upper and leftmost edge of the board.  These brave wooden souls will march across the land, gathering precious herbs, forging razor-sharp swords, befriending allies, and facing down deadly monsters who stalk through fog-filled valleys.

Jess:  Not to mention the most dangerous water sprite ever.  That thing is *terrifying* – one touch and your adventuring party is quite dead.

Now, when we say your adventurers ‘march across’ the land, we really mean it.  Movement is always either eastward or southward – your adventurers can only ever move from the upper left corner of the board towards the bottom right corner.

The various resources you’ll find all give some advantage in combat, but are also possibly worth points (depending on which scenario you’re in): 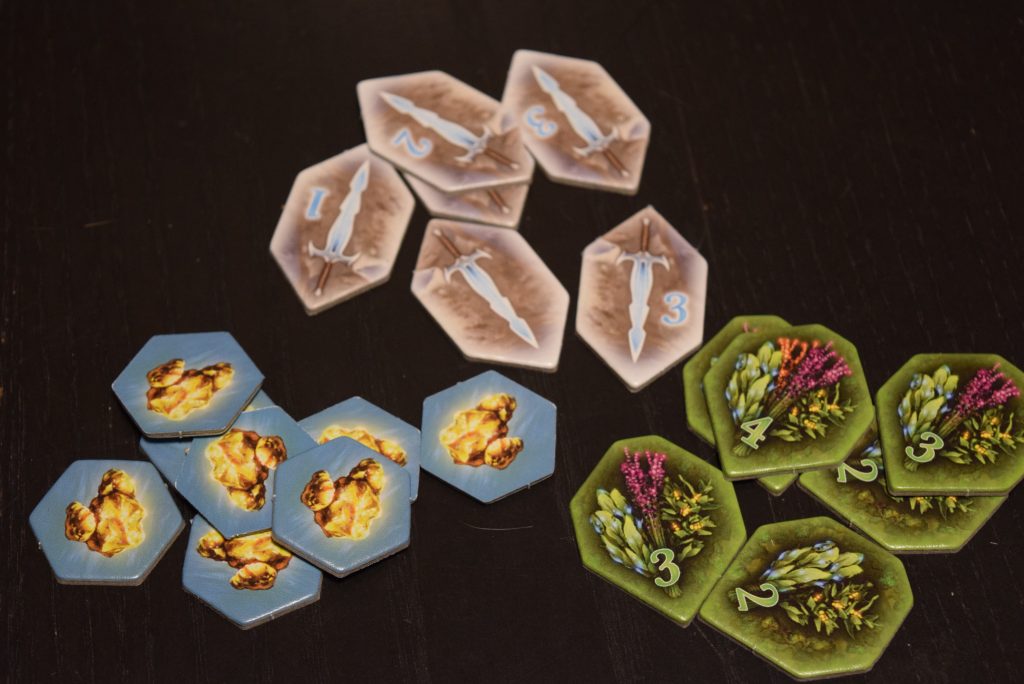 Andrew:  They may be able to scoop up resources and face foes along the way, but the only thing these brave adventurers can never do is head back the way they came.  Noble, really. Always advancing! NEVER RETREATING!

Scoring in Adventure Land is based on which of the 3 scenarios you’re playing.  Each scenario has slightly different scoring mechanics, which add a little variety between plays – they’re not so different that they change the core experience, but they add just enough flavor to keep things interesting. 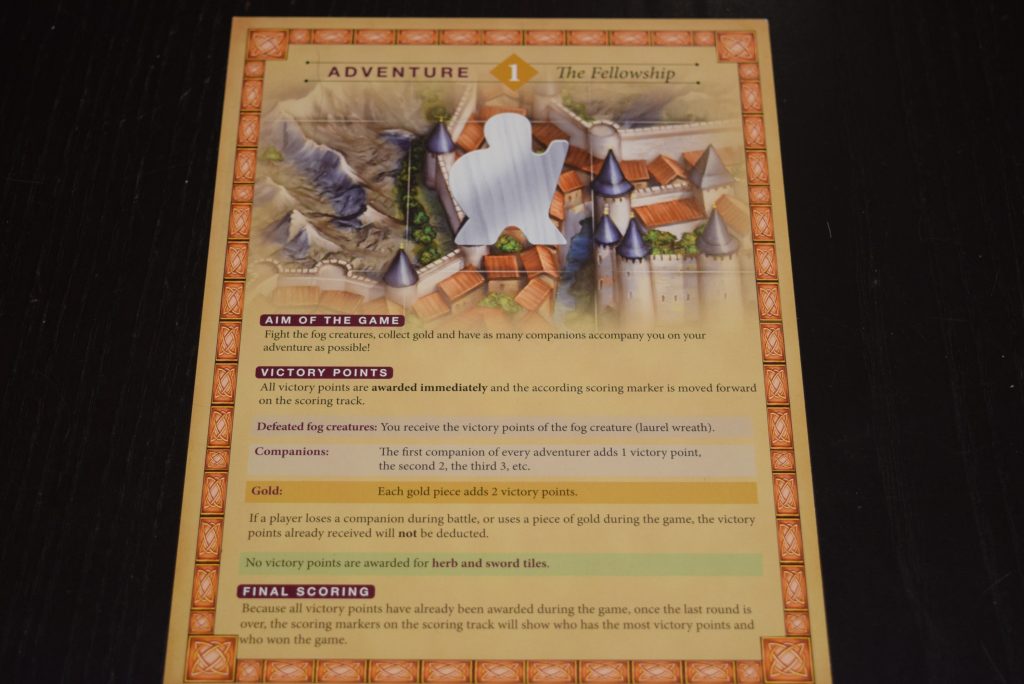 But regardless of which you’re playing, the player who ends the game with the most points is the winner!

Andrew:  So, Adventure Land.  I have to say, I really enjoyed this one.

Jess:  Same!  HABA does it again, publishing a game that sits so neatly on the line between family and hobby.  This one leans just a bit toward hobby, and as such kept us well entertained. 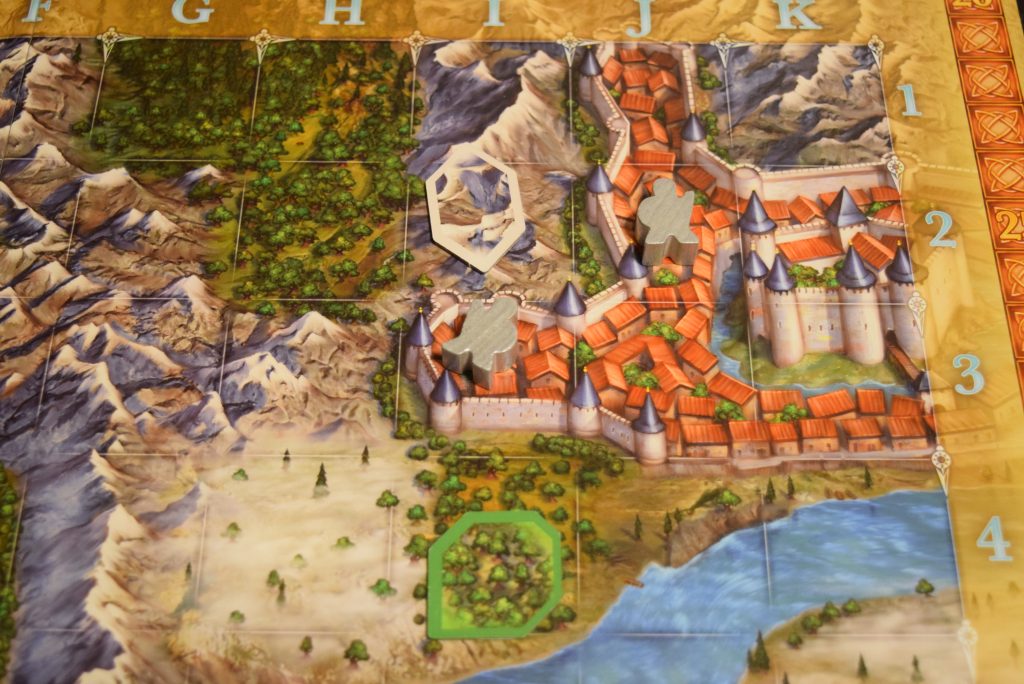 Andrew:  There’s not too much to it, and that’s fine by me.  Adventure Land doesn’t present a challenging puzzle, but it’s still just a bit of a puzzle, deciding when and how to move your pieces.  Each game is a series of these neat little moments of decision-making. 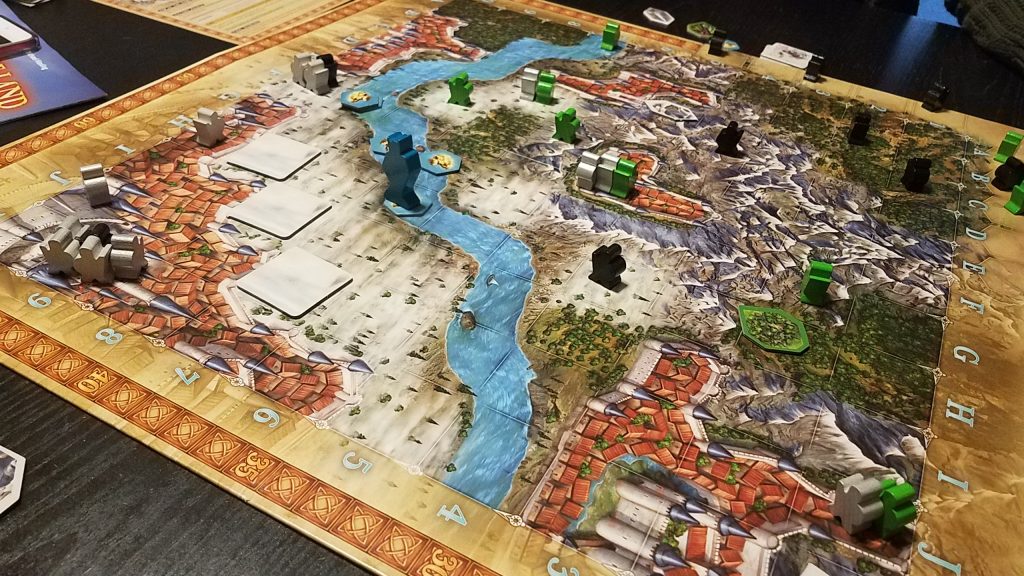 Andrew:  Unless, of course, that thing happens to be a gold nugget…